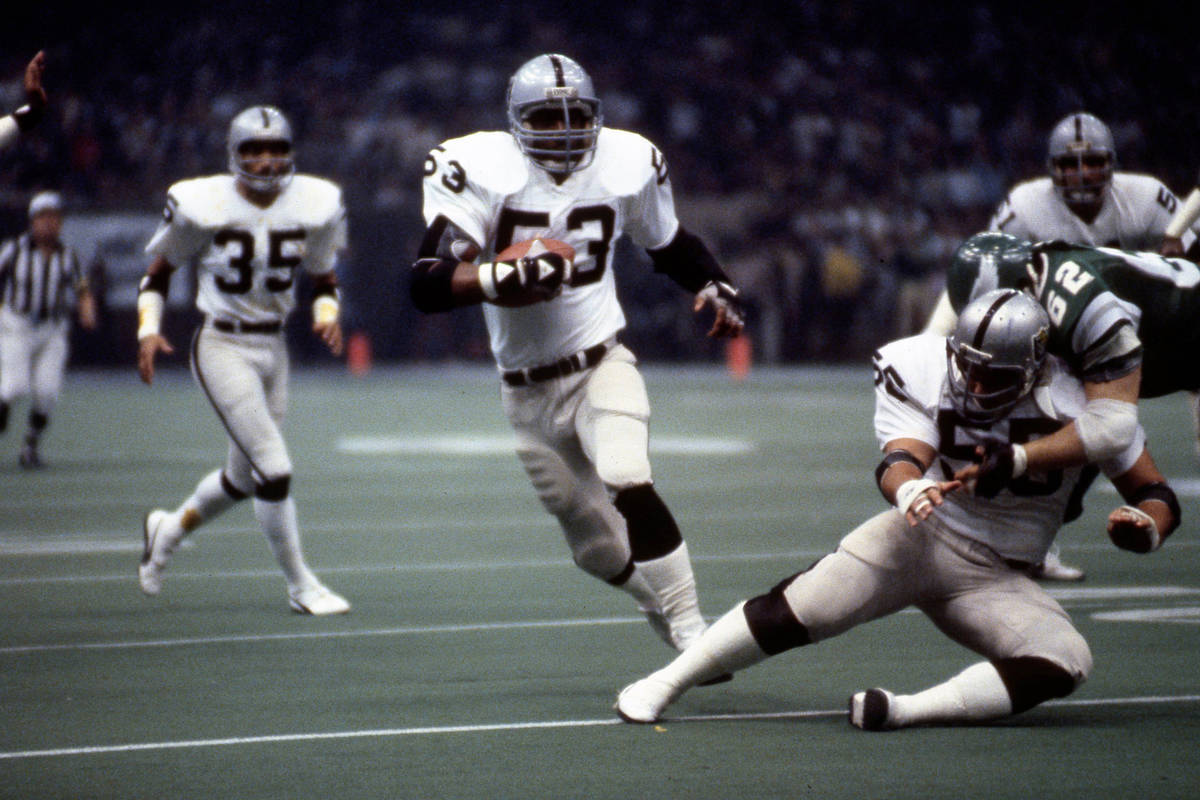 When the Raiders plucked Rod Martin out of USC with the 317th pick in the 1977 draft, little did they know he would one day be considered among the greatest draft heists in NFL history.

Martin, it turns out, would be full of surprises as he became one of the pillars of the Raiders’ storied history. He was a dependable, productive outside linebacker, a two-time Pro Bowler and two-time Super Bowl champion.

Not to mention the owner of a record that has stood for nearly 40 years and, frankly, might stand the test of time. Unless you think someone will come along to pick off four passes in a single Super Bowl and surpass the three interceptions Martin came up with in the Raiders’ win over the Philadelphia Eagles in Super Bowl XV.

It’s an achievement that etched Martin in Super Bowl and Raiders lore and ensured that he would be a diligent Super Bowl viewer ever since. If nothing else, he watches so he’s able to breathe easy when the game comes and goes without anyone challenging the record he proudly owns.

Thirty-nine Super Bowls have passed since Martin’s heroics in New Orleans in 1981, and eight players have snagged two interceptions in a Super Bowl game. But no one has equalled Martin’s feat. And to beat it, someone is going to have to get four.

Nevertheless, Martin sweats it out each and every season. “I’m getting to the point where if they get two and the game is over, I’m happy,” Martin told the Fort Worth Star Telegram.

His three-interception game was an unlikely turn of events considering that it surpassed the two picks he had in his four NFL seasons that preceded the game. Also consider Martin wasn’t exactly some can’t miss prospect. He lasted until the 12th round in the 1977 draft because he wasn’t athletic enough to remain at safety and at 6-2, 210 pounds, he wasn’t exactly a perfect fit at linebacker.

An overloaded linebacker room convinced the Raiders to trade Martin to the San Francisco 49ers during the preseason in 1977. And even after the 49ers subsequently released him, the Raiders didn’t jump right back into the picture. In fact, Martin retreated to his home in Southern California. There were some calls from a handful of teams expressing interest, but Martin waited out the Raiders.

“I happen to look good in silver and black,” he told Sports Illustrated.

A series of injuries to Raiders linebackers late in the 1977 season granted Martin his wish. And by 1978 he had bulked up to 225 pounds and was starting opposite Ted Hendricks.

But it was his three interceptions of Eagles quarterback Ron Jaworski in Super Bowl XV that will be remembered.

Two factors helped: A chance pregame encounter with teammate Lester Hayes, who inadvertently passed along some of his infamous stickum from his hands to Martin’s. “All I did was shake hands with him before the game,” Martin told Sports Illustrated.

And while a bunch of his teammates enjoyed the nightlife of New Orleans in the week leading up to the game, Martin was holed up in his hotel room watching film of the Eagles.

While his interceptions didn’t earn Martin MVP honors — those went to Raiders quarterback Jim Plunkett — he did get the record, one that might never be broken.