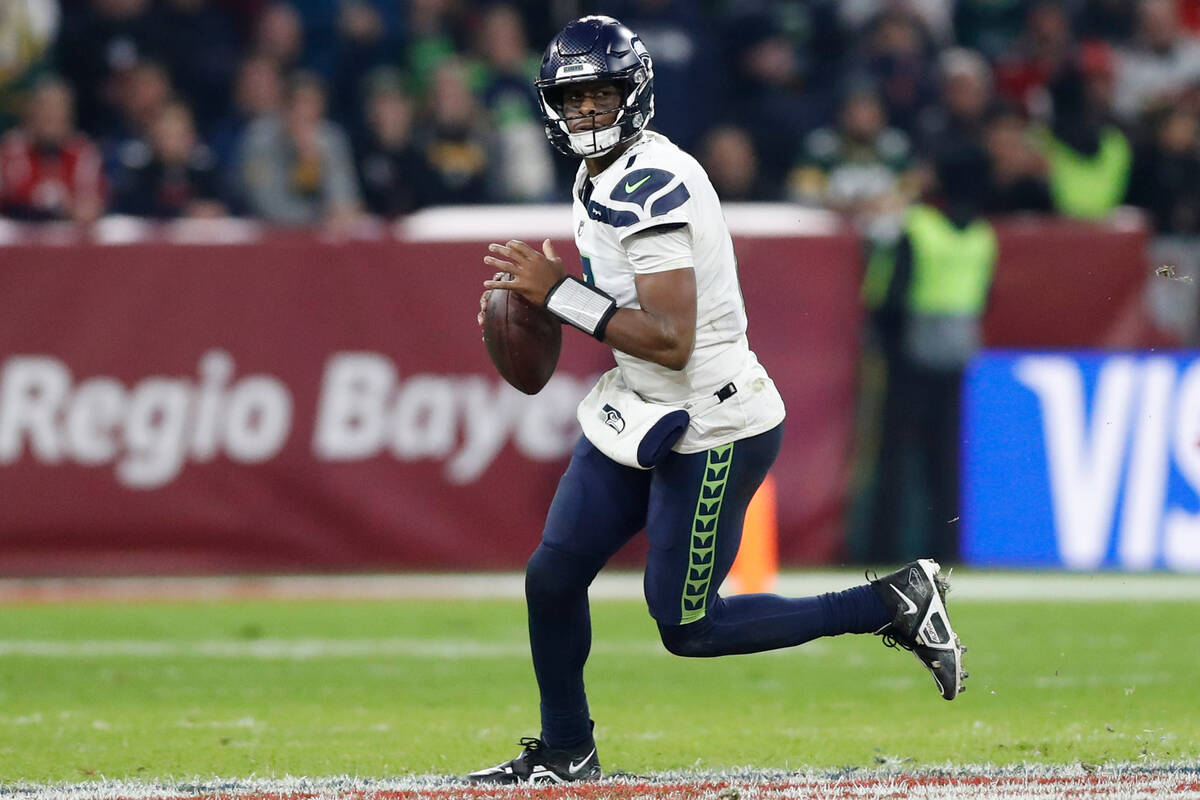 Back in early March, before the Seahawks pulled the trigger on a franchise-altering trade to move on from quarterback Russell Wilson, their coach, Pete Carroll, talked excitedly about the journey ahead for his franchise.

Carroll remained steadfast at the time that the Seahawks had no intention of dealing Wilson, but he also said conversations regarding any number of players were typical of that time of year. It was almost as if he was bracing for the move that was about to come, hence how fired up he was about the new frontier for the Seahawks.

It was typical Carroll, all positivity and energy and a full embracement of what the future might hold. He remained so after the Seahawks dealt Wilson to the Broncos, which from the outside seemed every bit a move to blow the whole thing up and start from scratch.

Hence the eye-rolling when Carroll continued to remain upbeat, even talking about veteran quarterback Geno Smith, who was among the candidates to replace Wilson.

Just Pete being Pete, so many said. Look who is laughing now.

Smith took charge of the job early in camp and never looked back. He’s ranked among the top four quarterbacks in the NFL and is a big reason why Seattle (6-4) is tied atop the NFC West standings and presents a big challenge to the Raiders on Sunday.

Smith, a journeyman over his career, has thrown for 2,474 yards, 17 touchdowns against just four interceptions.

“I can’t say enough about what Geno has been able to do,” Raiders coach Josh McDaniels said. “I’ve competed against him a number of times … and then you see him having a fantastic year. Great decisions, accurate with the ball, completed at higher percentage than anybody in the league, and he’s got good players to distribute it to. Just looks in such comfort, knows where he’s going with the football all the time, running their offense very well.”

While so many bought into the narrative that Carroll was just selling sunshine last spring, McDaniels knew otherwise.

“They do a great job of putting players on the team that fit what they want to do,” McDaniels said. “And so, when they change from people that everybody knows to somebody else that maybe isn’t as well known, I don’t think they look at it like, ‘Oh, man, we got to take two steps back.’ I think they’ve done a good job of evaluating the players they’re putting on the roster, and those players are ready to take over when it’s their time.”

Sometimes sooner rather than later. As is the case with rookie cornerback Tariq Woolen, who the Seahawks drafted with the 153rd pick and is now second in the NFL with five interceptions.

“Every time I’ve had a chance to compete against Coach Carroll’s teams, number one, they play really hard,” McDaniels said. “Number two, they always have personnel that fits their system and their scheme almost perfectly.”