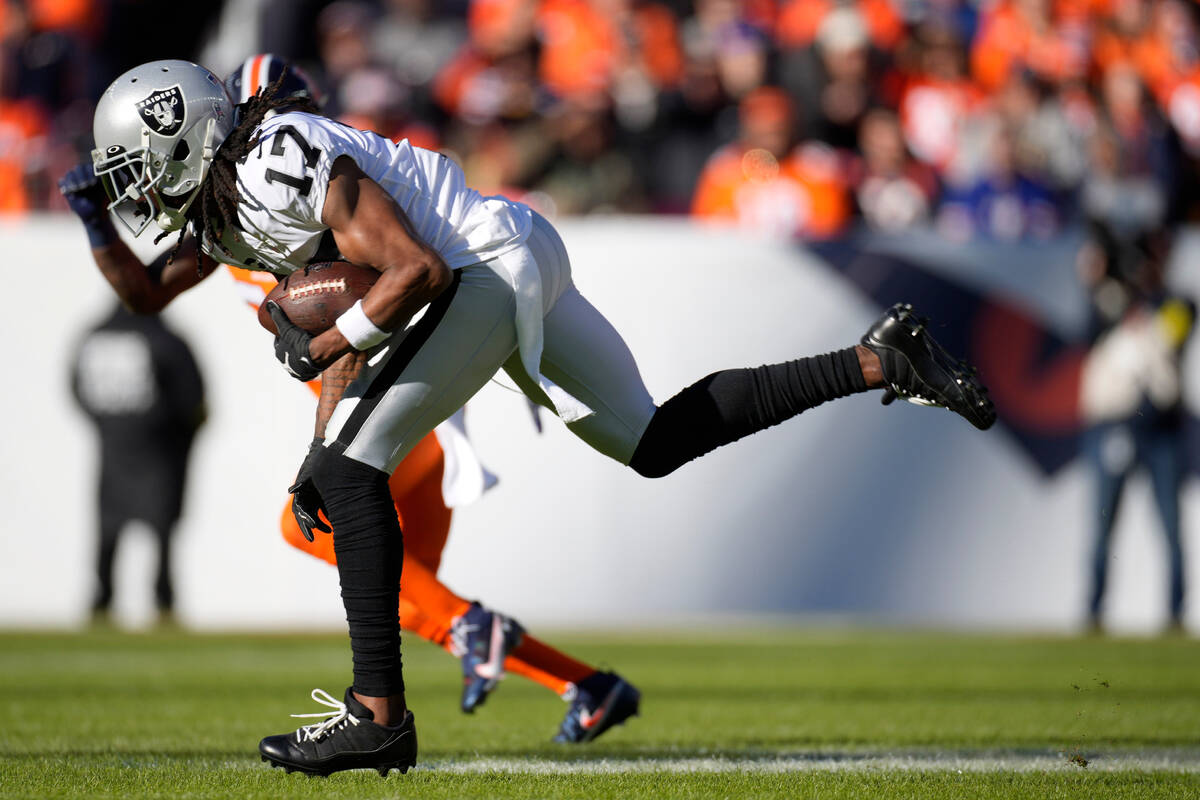 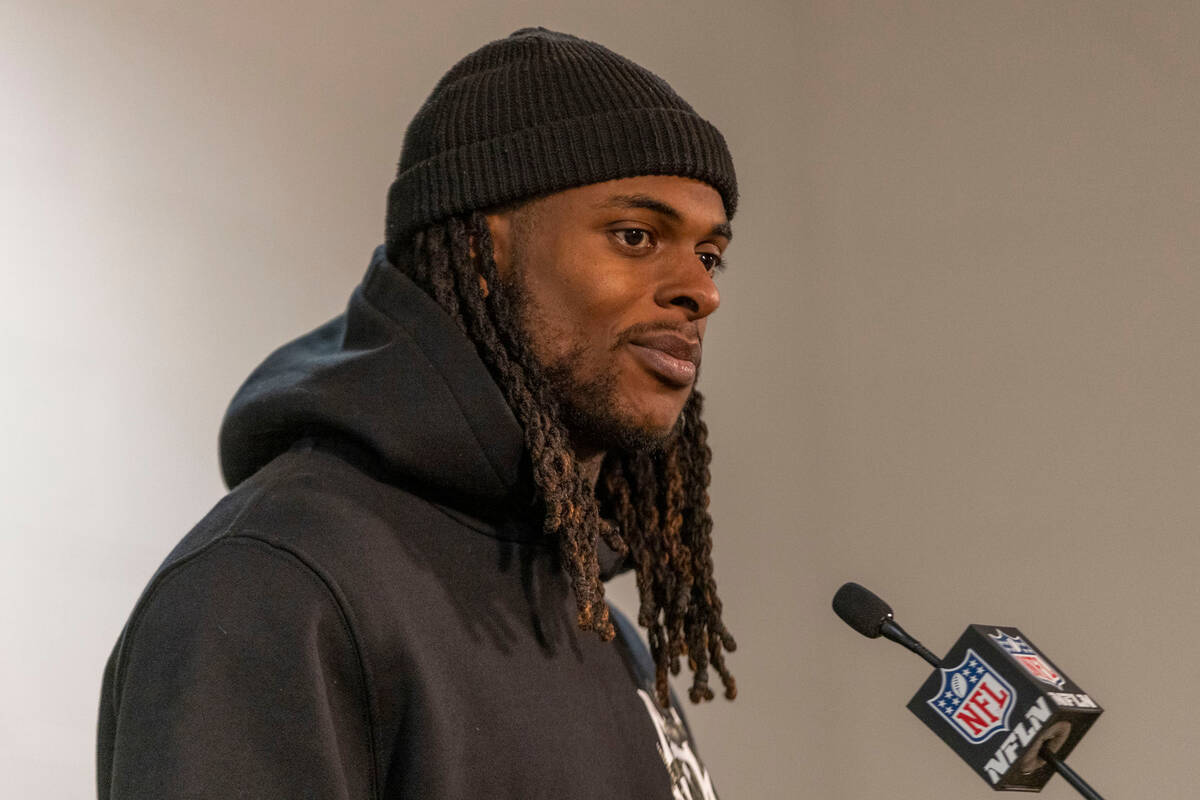 Please God, Raiders wide receiver Davante Adams thought to himself while breaking open for his game-winning touchdown reception Sunday against the Broncos at Empower Field at Mile High.

Give Derek Carr some time to set his feet and deliver the 35-yard score.

“A little bit of time. I don’t need much,” Adams recalled afterward, and “as soon as I looked, I saw the ball go up. It was a touchdown.”

Adams on Sunday dazzled once again, catching seven passes for 141 yards and two touchdowns — the ninth and 10th of this, his first season with the Silver and Black. Only Chiefs tight end Travis Kelce (11) has more receiving scores than the 29-year-old All-Pro, who ranks fourth in the NFL with 925 receiving yards following three straight games with 125 or more.

Amid the Raiders’ struggles this season, Adams remains sensational.

“I think the thing that makes Davante special is just up here,” Raiders coach Josh McDaniels said Monday, tapping his right temple. “He can think, process, understand the way he’s being covered, the way people are playing him, leverage, route technique, setting up his routes, doing a lot of different things that allow him to get open and be special.”

The nuance with which Adams runs his routes helped him set up his game-winning 35-yard touchdown. He revealed Sunday that his route on that play was the byproduct of an adjustment he discussed with McDaniels based on a coverage Denver utilized on previous plays.

Operating from the middle of a bunch right formation, Adams ran vertical while veering toward the left sideline — forcing safety Justin Simmons and cornerback Patrick Surtain to pivot their hips accordingly.

“Based off of what I’d seen earlier, I mentioned to coach that I think we might be able to do this. Obviously not force anything, but if it presents itself, we’d have a home run,” he said.

Adams added that route running is about “the sameness” within each route, and thus the utilization of similar principles — regardless of the pattern. His mastery of timing and tempo can stymie the most sure-footed of defenders. He couples deception with timely acceleration, creating clean windows through which Carr can throw.

“I think sometimes when young players come into the league, they think it’s all skill and talent. And that’s part of the equation, there’s no question. But I think the other part that he’s really mastered is his ability to set people up. He’s got great savvy and instincts, great awareness,” McDaniels said.

Those, coupled with his speed, quickness and sure hands have helped Adams register six 100-yard outings this season — tied for tops in the NFL. They also equal the fourth-most such outings in a single season in franchise history and the most since Raiders great Tim Brown had six in 1999.

With seven games to play, Adams could feasibly equal or eclipse his previous career high of 18 touchdowns. He’s on track for 1,572 yards, which would top the 1,553 he tallied last season with the Green Bay Packers.

“Just his ability to, I’d say, really get good at the other part of the game – the mental part of the game. The play after play, ‘What’s that guy thinking I’m going to do? And I’ve used this, I’ve showed him that stem before. So, now let me counter it with something else.’” McDaniels said.

“He can play the game within the game, which really just takes you to a whole new level.”

Which is exactly what he did Sunday against Denver.

Exactly what he’s done all season.