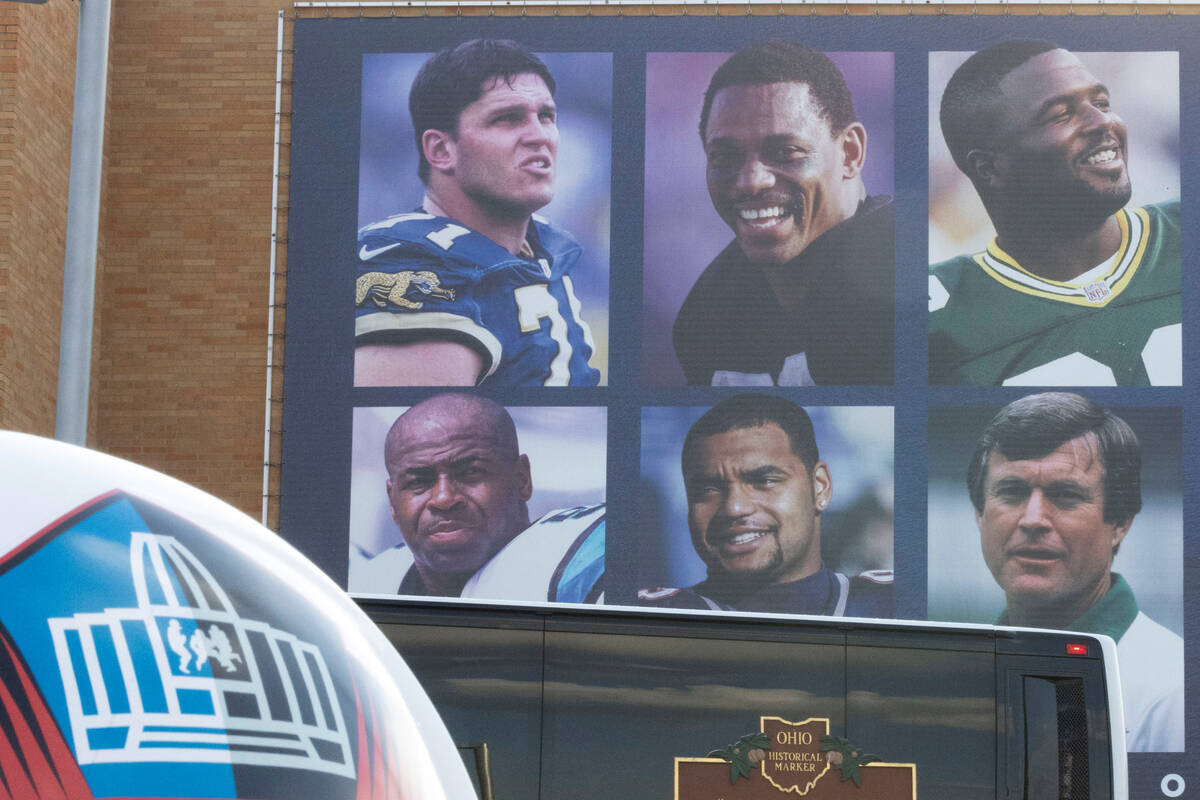 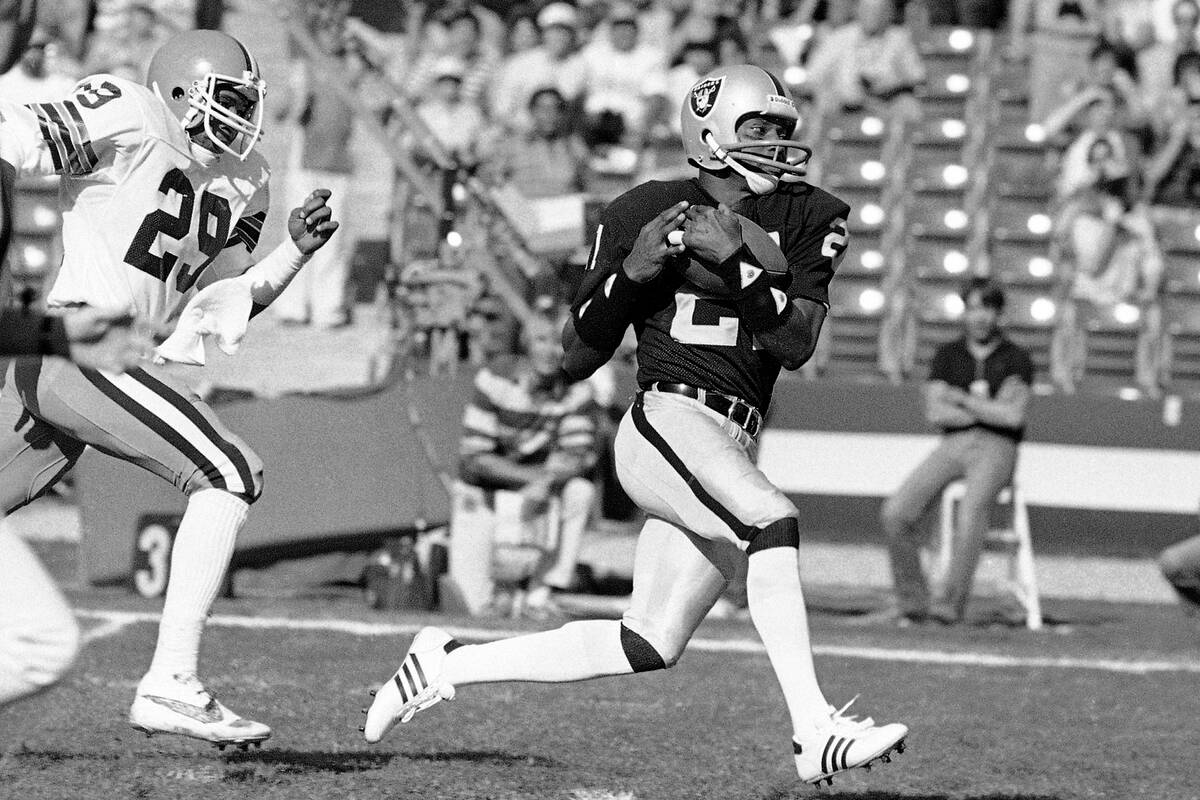 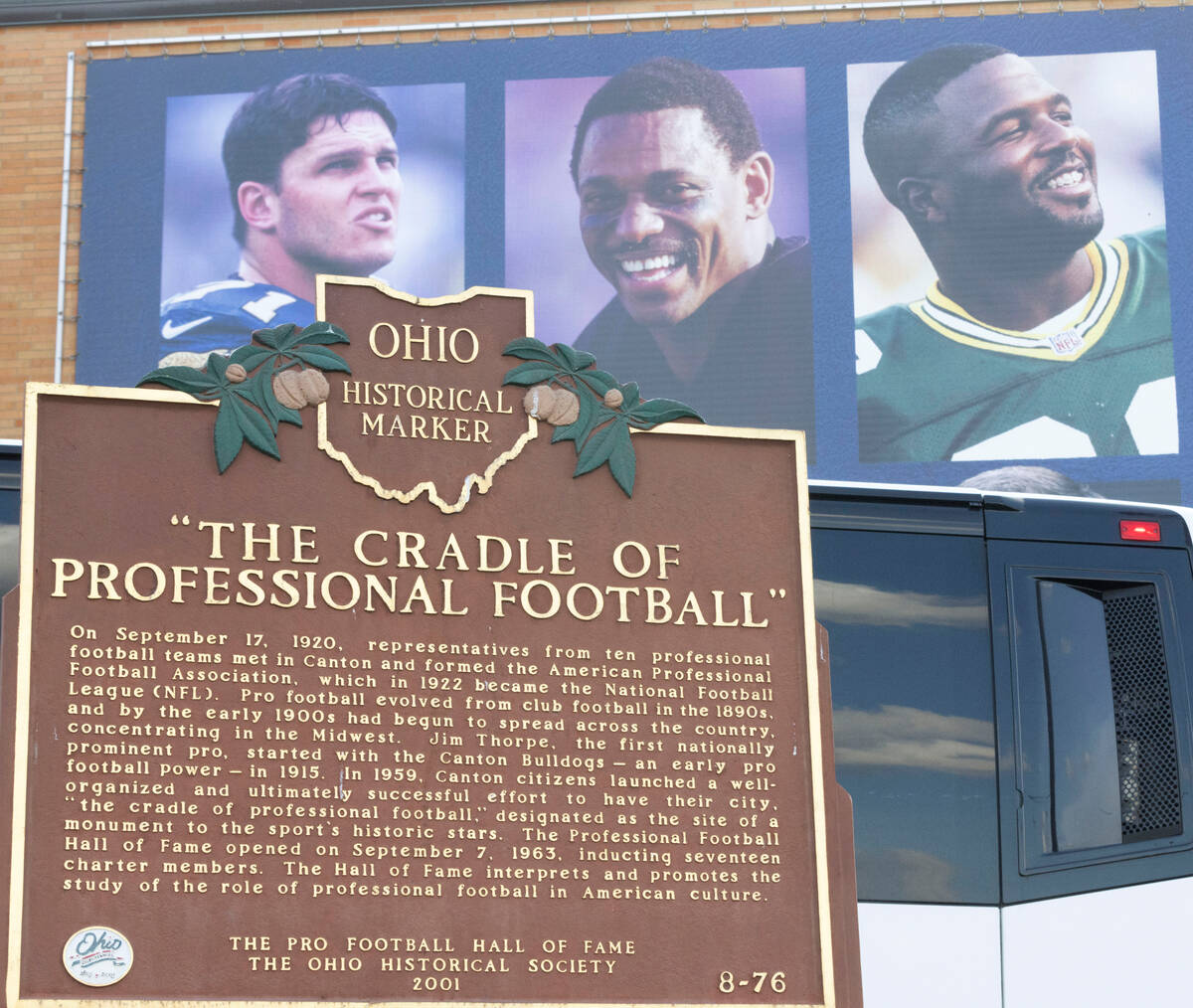 A banner with 2022 Hall of Fame enshrinees, from left, Tony Borselli, Raiders wide receiver Cliff Branch, and LeRoy Butler is seen at the entrance to the Pro Football Hall of Fame on Wednesday, Aug. 3, 2022, in Canton, Ohio. (Heidi Fang/Las Vegas Review-Journal) @HeidiFang 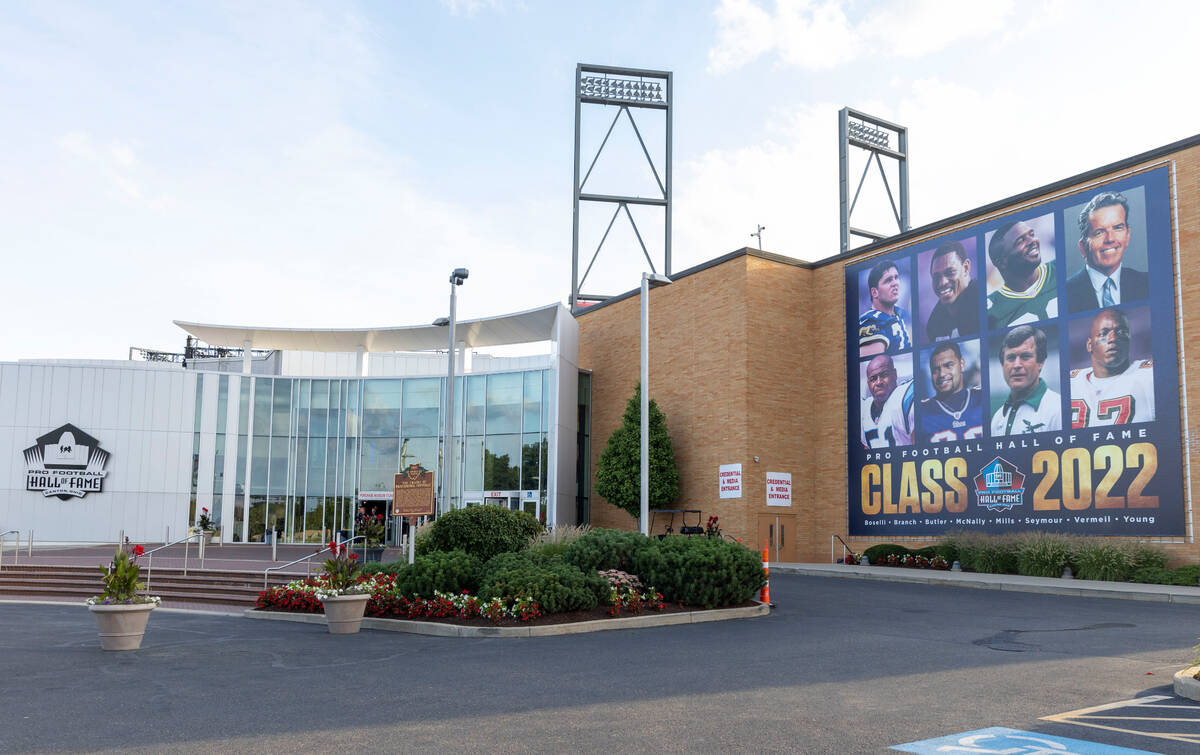 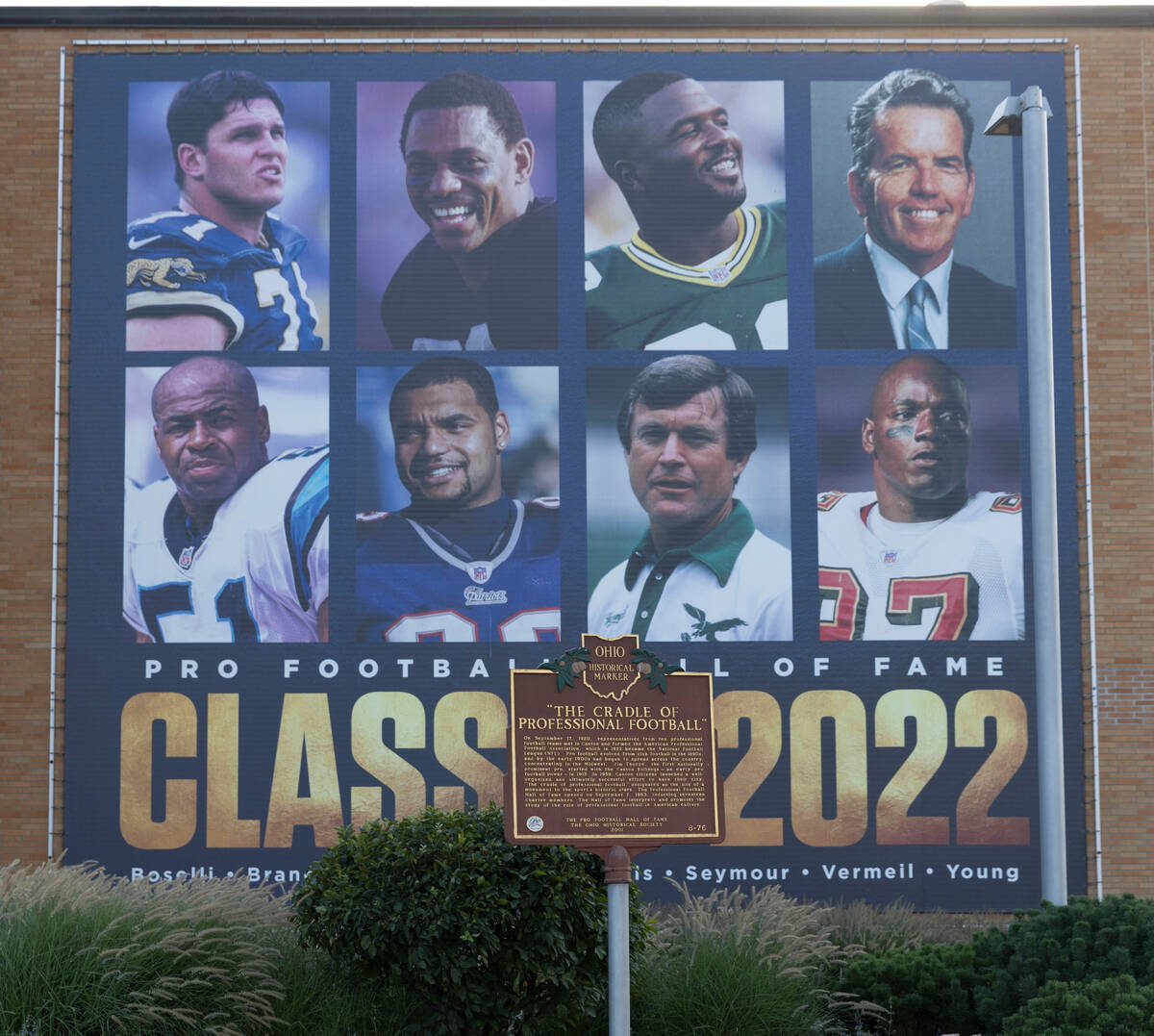 Everything Cliff Branch did on the football field was fast. His journey to the Hall of Fame has been far more deliberate.

The Colorado alum, who spent his entire NFL career with the Raiders and won three Super Bowls with the franchise, will finally be enshrined on Saturday, three years after he died at age 71.

It has been a lengthy process. Branch was a semifinalist in 2004 and 2010 before finally getting the nod by receiving more than 80 percent of the vote as the special nominee of the senior committee this year.

The induction comes 30 years after Branch was first eligible and is long overdue based on his resume.

Branch won three of those with the Raiders, having been a part of all three Super Bowl championship teams in franchise history.

His numbers speak for themselves. He had 501 catches for 8,685 yards and 67 touchdowns in a career that spanned 14 years, all with the Raiders.

He’s third on the franchise’s all-time receiving list behind just Tim Brown and Fred Biletnikoff, who are both already in the Hall of Fame.

Branch averaged 17.3 yards per catch and has a share of the NFL record for longest reception when he hauled in a 99-yard touchdown on a deep ball down the left sideline when he was 35 years old.

But the impact Branch had on the Raiders’ organization both as a player and right up until his death was immeasurable. Branch was an ambassador for the franchise and remained best friends with Mark Davis long after his playing career was finished.

As much as Branch was Mark Davis’s kind of person off the field, he was the prototypical Al Davis receiver on it.

The elder Davis was never shy about his love of speed and he found it in Branch, who was a collegiate star both on the football field and on the track.

Branch finished fifth in the 100 meters at the 1972 NCAA Championships. That speed was put to use by the Raiders.

He was a favorite deep threat of some of the greatest quarterbacks in Raiders history, from Jim Plunkett to Daryle Lamonica and Kenny Stabler.

Branch liked to say that what helped make him more successful than other sprinters who tried to play football was that he was a football player who ran track instead of the inverse.

“He had to be one of the most feared players ever to play the game,” Hall of Fame running back Marcus Allen said in a video promoting Branch’s candidacy earlier this year. “He was not only extremely fast, but what separated Cliff was that he was an amazing and meticulous route runner. Most guys at that level had to slow down in order to make a cut. Not Cliff Branch.”

Despite the expanded playoff fields and the explosion in passing offenses, Branch is still sixth on that list.