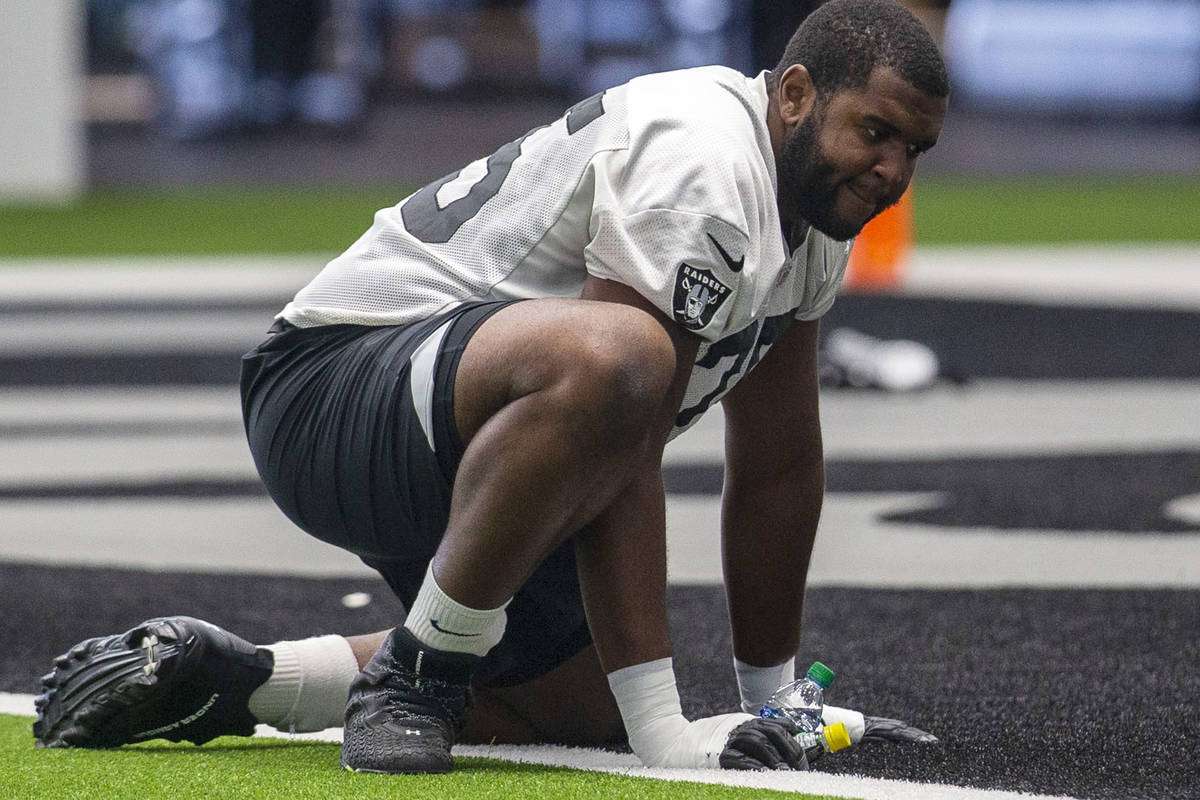 Raiders offensive tackle Brandon Parker still occasionally watches the game tape of his rookie season. If, for nothing else, to remind himself how his career started.

“That first year was kind of ugly,” he conceded. “Sometimes, if my ego ever gets too big (I watch it) to kind of humble myself. … It helps me stay level.”

His film from Sunday looked much better.

Parker played on a season-high 68 percent of the offensive snaps in 16-6 victory over the Cleveland Browns and filled in admirably for right tackle Trent Brown, who missed the game because of complications caused by a pregame intravenous injection, and swing tackle Sam Young, who exited in the first half with a knee injury.

The bashful 25-year-old helped Las Vegas run for a season-high 209 yards and said he was pleased with his performance.

“Obviously there’s a lot that can be corrected,” said Parker, who learned that he’d be active Sunday while eating breakfast. “You’re never going to play a perfect game. … There’s always stuff you can improve.”

Parker was a third-round draft choice in 2018 and struggled in 12 starts, prompting the Raiders to sign Brown to the richest contract for an offensive tackle in NFL history. He played sparingly last season and was inactive this season for games against the Carolina Panthers and the Chiefs.

But he prepares like a professional and will be ready Sunday should duty call again.

“Whoever is up there, we understand the responsibility of carrying the weight to help us win,” he said.

Cornerback Damon Arnette returned to practice Thursday with a pep in his step — and a gaudy white cast on his injured right hand.

“We’re excited to have him,” Las Vegas defensive coordinator Paul Guenther said afterward. “He’s going to be a really good player, he’s just got to get his feet back under him.”

Arnette could return to the lineup to play the Chargers on Sunday for the first time since he broke his thumb Sept. 27 during a 36-20 loss to the New England Patriots. The 24-year-old rookie had surgery to repair the break and was subsequently placed on injured reserve, missing the last four games as his hand healed.

Arnette was drafted No. 19 overall in April and posted 13 tackles and three pass breakups in his first three games. He played at least 72 percent of the defensive snaps in all three of those outings and could aid a defense ranked 25th in points allowed per game during a crucial three-game stretch against AFC West opponents.

“Each and every week, there might be a little tweak or adjustment or a couple new things we do in the game plan. He’s been on top of those things,” Guenther said. “Any time you can add a player of his caliber, it’s an exciting thing.”

The Raiders on Thursday signed running back Theo Riddick from their practice squad. The 29-year-old played against the Buffalo Bills, rushing twice for 13 yards.

Riddick did not play in the NFL in 2018, but spent seven years with the Detroit Lions, with whom he was one of the league’s most viable pass-catching backs — making 281 receptions from 2014 to 2018.

Cornerback Trayvon Mullen (hamstring) was not listed on the report Wednesday, but was limited Thursday.

2
Raiders’ options at quarterback not limited to Tom Brady