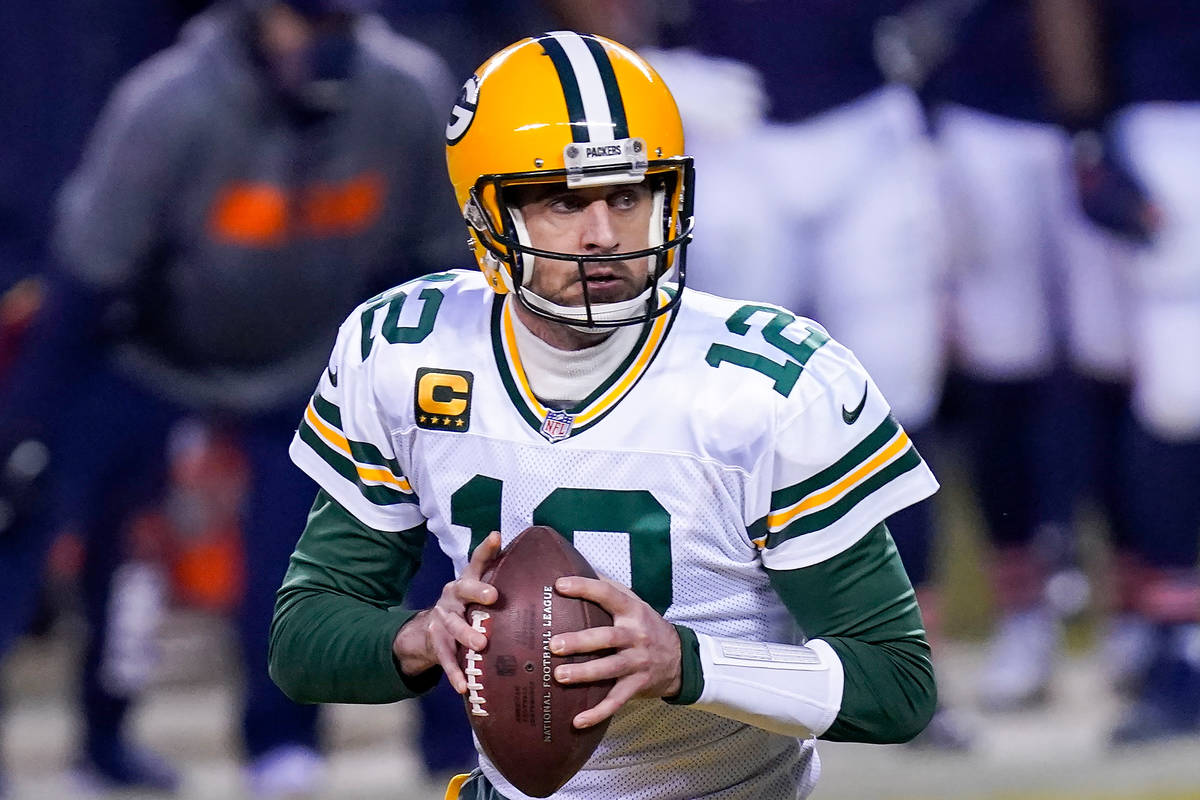 While the Packers tried to make it abundantly clear on Friday they are not trading Aaron Rodgers, history has shown when professional athletes with power make power moves, they typically get what they want.

If he forces the Packers’ hand and is granted the trade he desires, the Raiders are among three teams he’s identified as potential landing spots, according to media reports.

For various reasons, that kind of trade would be difficult to execute. It would require the Raiders simultaneously to to mortgage their future and leave them with the thorny question of what to do with quarterback Derek Carr.

Speaking on the condition of anonymity, a decision-maker for an NFL team outlined what it might cost the Raiders to trade for Rodgers, and it is understandably exorbitant.

According to this NFL executive, it would likely require the Raiders to surrender their first-round pick in each of the next three years, two of their better young players on rookie contracts, and maybe one or two mid-round picks.

With Jordan Love already in place as the successor to Rodgers in Green Bay, there would be no need for them to take back Carr. That means the Raiders would have to move Carr in a separate trade.

With most NFL teams set at quarterback, there are precious few landing spots for Carr and even fewer teams motivated to meet the Raiders’ asking price.

Meanwhile, from the Packers’ perspective, trading Rodgers at any point this season would come with an incredible hit to their salary cap. If they were to trade him prior to June 1, they would incur a $38 million hard cap hit. Any deal consummated post-June 1 would mean a $21 million hard-cap hit in 2021 and a $17 million hit in 2022.

Rodgers, through people around him, got the word out early Friday he was dissatisfied with the Packers and wanted out. Almost immediately afterward, his people identified the 49ers, Broncos and Raiders as the teams he’d most want to play for in a trade.

The 49ers reportedly reached out to the Packers prior to the first round of the NFL draft on Friday but were immediately rebuffed. They removed themselves from the picture by investing the third pick in the first round on North Dakota State quarterback Trey Lance.

That leaves the Raiders and Broncos as possible suitors. When asked Thursday afternoon about pursuing Rodgers in a trade, a person with knowledge of the Raiders’ thinking suggested they are “always weighing options,” which suggested some interest in Rodgers.

The Broncos, on the other hand, may have tipped their hand by passing on quarterbacks Justin Fields and Mac Jones in the first round in favor of Alabama cornerback Patrick Surtain, leaving the door open for Rodgers.