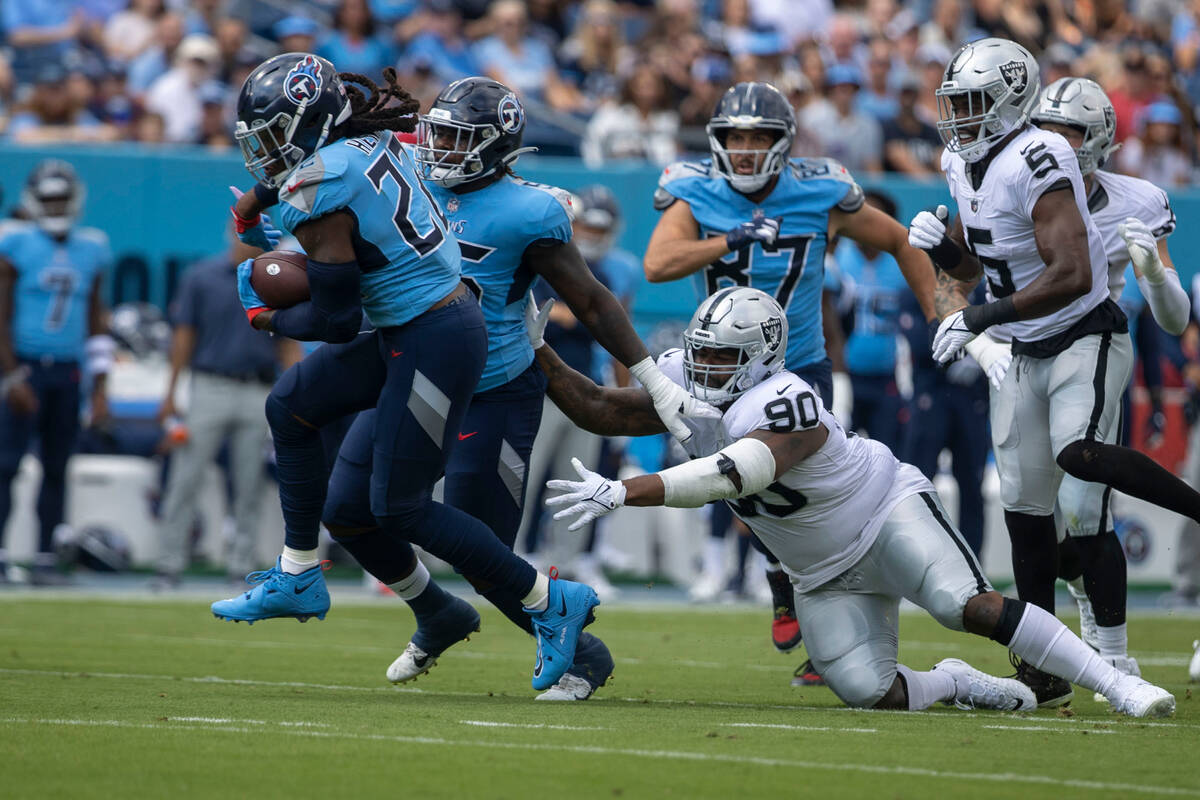 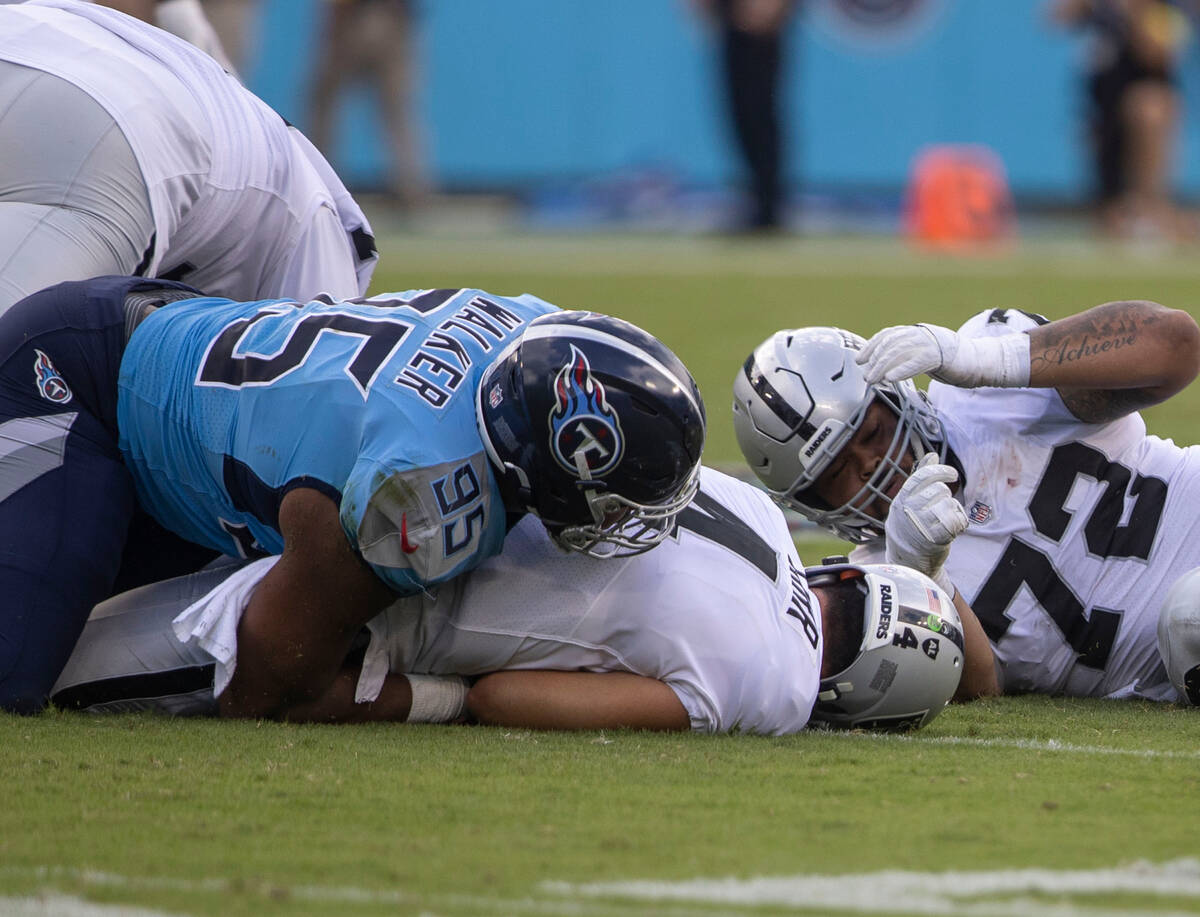 Raiders quarterback Derek Carr (4) is sacked by Tennessee Titans defensive end DeMarcus Walker (95) with Raiders offensive lineman Jermaine Eluemunor (72) down on the field during the second half of an NFL game at Nissan Stadium on Sunday, Sept. 25, 2022, in Nashville, Tenn. (Heidi Fang/Las Vegas Review-Journal) @HeidiFang

NASHVILLE, Tenn. — The Raiders fell to 0-3 after losing to the Titans 24-22 on Sunday at Nissan Stadium in Nashville, Tennessee. Here’s a sampling of what was said in the team’s locker room:

Q: What do you do to stop this snowball effect?

QB Derek Carr: “There is urgency. It’s not like we are in OTAs, and we will get it right eventually, we have got to get it right now. So, whenever Coach (McDaniels) gives us our corrections tomorrow, we will go home and fix them, take it and do better. … It starts with me. It starts with the leaders, and we are going to make sure we jump on that as soon as Coach gives them to us and grind away, because the only thing that pulls you out of it is hard work. We are not going to get lucky at some point. You just keep working hard, and things tend to go your way when you do that.”

Q: What about the mistakes in the red zone?

Coach Josh McDaniels: We had some opportunities. We definitely were able to move the ball. But when you get down there, you have to either run it in if they’re going to play coverage or find some single matchups because they were double teaming a couple of our guys at times. Just overall execution. Had a few penalties down there that hurt us, and we’ve got to eliminate those obviously before we’re going to be able to put it in. Situational football … it hurt us in the red zone.”

Q: How frustrating was this loss?

WR Davante Adams: “Frustration is OK. It’s not the end of the world to be frustrated. I don’t think anyone in here should be happy and content with losing, especially when you have the type of men we have in this locker room. Like I said from the beginning, just because we’re good on paper doesn’t mean we’re going to be great as a team. We’re still working toward that. It’s still early, but we have to start establishing who we are as a team. Frustration is OK, as long as you do something about it.”

Q: Is the team playing with mental toughness enough to win?

Carr: “Not for what it takes to win. With the penalties down in the red zone and the other stuff, we have to get better. If not, we are going to have a sucky feeling after every game. You try your best to do it the right way in practice, and if you don’t do it right in practice, then you can’t expect it to go right in the game.”

TE Darren Waller: “Very frustrated, which is felt a lot of times, whether it be in football or life. The results aren’t going our way, but that doesn’t mean we don’t go about the process any differently. We need to find a way to work through it and stack good days and bounce back from adversity. I’m excited to see how we respond.”

McDaniels: “I thought that was a great play that he made and then being able to re-establish himself quickly to down the punt in there, inside the 5. Had a lot of single coverage and made some plays in the passing game as a receiver, too. Mack always works hard. I think that’s why he was voted as a captain. His effort and the way he performs has been a bright spot.” 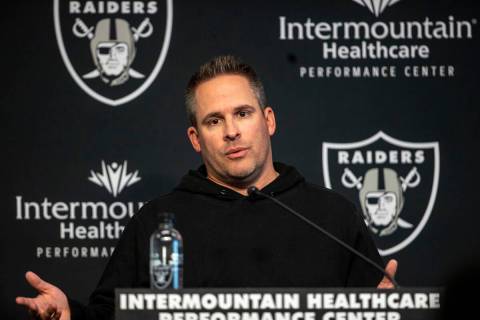 Ahead of Wednesday’s practice, Raiders coach Josh McDaniels speaks to the media.