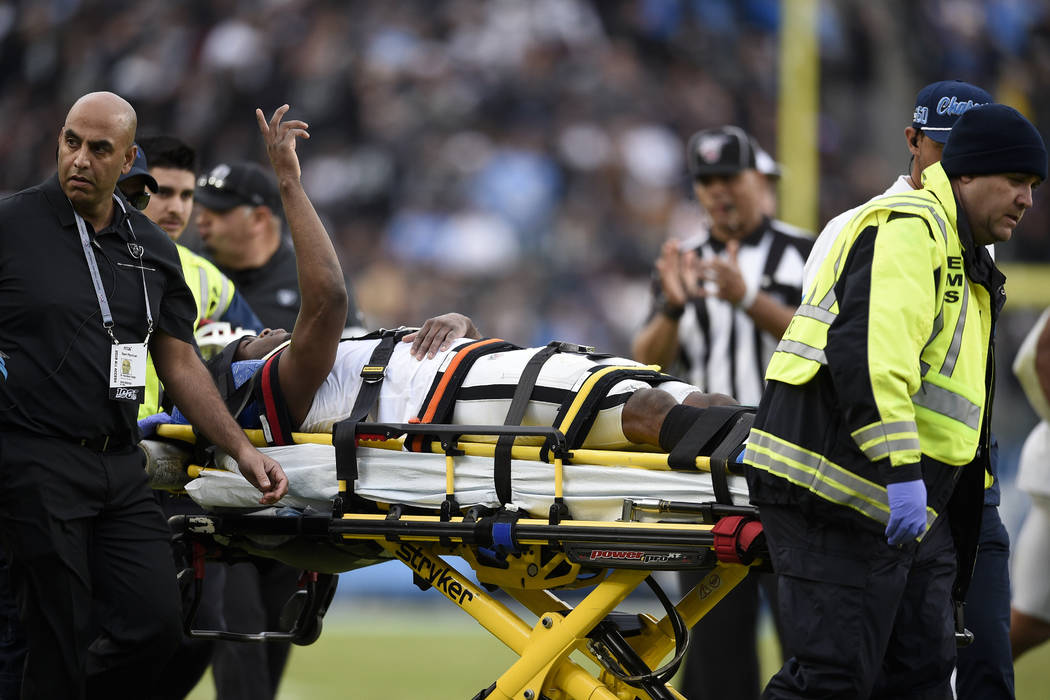 Oakland Raiders cornerback Trayvon Mullen is taken off the field after being hurt during the second half of an NFL football game against the Los Angeles Chargers Sunday, Dec. 22, 2019, in Carson, Calif. (AP Photo/Kelvin Kuo) 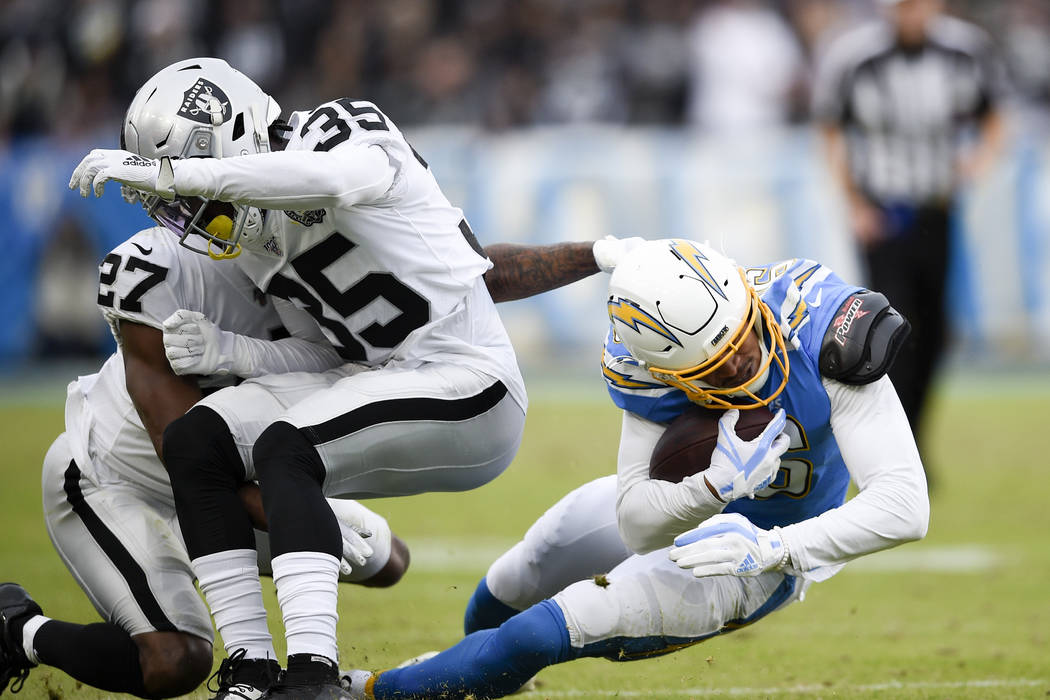 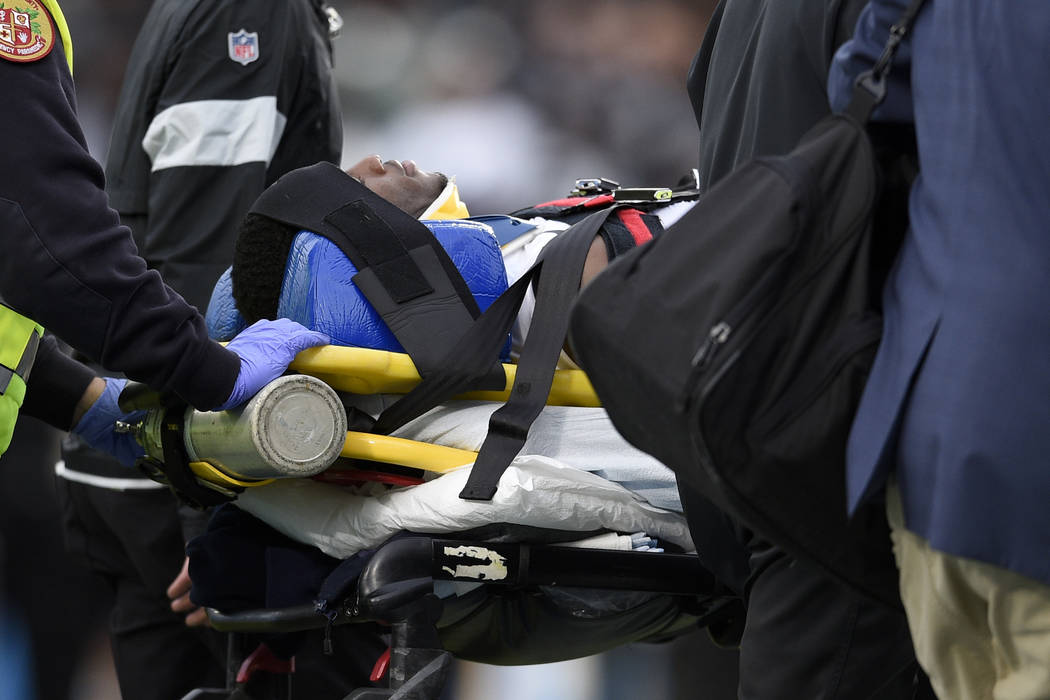 Oakland Raiders cornerback Trayvon Mullen is taken off the field after being hurt during the second half of an NFL football game against the Los Angeles Chargers Sunday, Dec. 22, 2019, in Carson, Calif. (AP Photo/Kelvin Kuo)

On third-and-6 from the Raiders’ 32, Chargers quarterback Philip Rivers completed a pass to wide receiver Andre Patton for a 10-yard gain and a first down. But as Mullen was making the tackle, Riley attempted to ensure Patton didn’t gain any more yards. But instead of hitting Patton, he landed a forceful hit on Mullen.

Mullen was stabilized before being rolled off the field on the stretcher. Mullen put a hand up as he left, acknowledging the crowd as it applauded.

Following the game, Gruden said Mullen was at a nearby hospital where his neck was being evaluated.

“The signs are pretty good. But I don’t want to say too much,” Gruden said. “We’ll keep you posted and we’ll keep him in our prayers.”

This was the second time Mullen had taken a hard hit from a teammate during the game. Midway through the second quarter, Mullen was tackling Chargers tight end Hunter Henry when fellow defensive back Lamarcus Joyner delivered a blow to Mullen’s head and neck area. Mullen was cleared to return to the game.

“Whenever somebody gets injured, you never want to see it. But when they bring that stretcher out, it kind of takes your breath away, right? Especially a young guy like that,” Harris said.

A second-round pick out of Clemson, Mullen has started each game since Week 8 following the Raiders’ trade of Gareon Conley to the Texans. He’s recorded one interception and nine passes defensed this season.