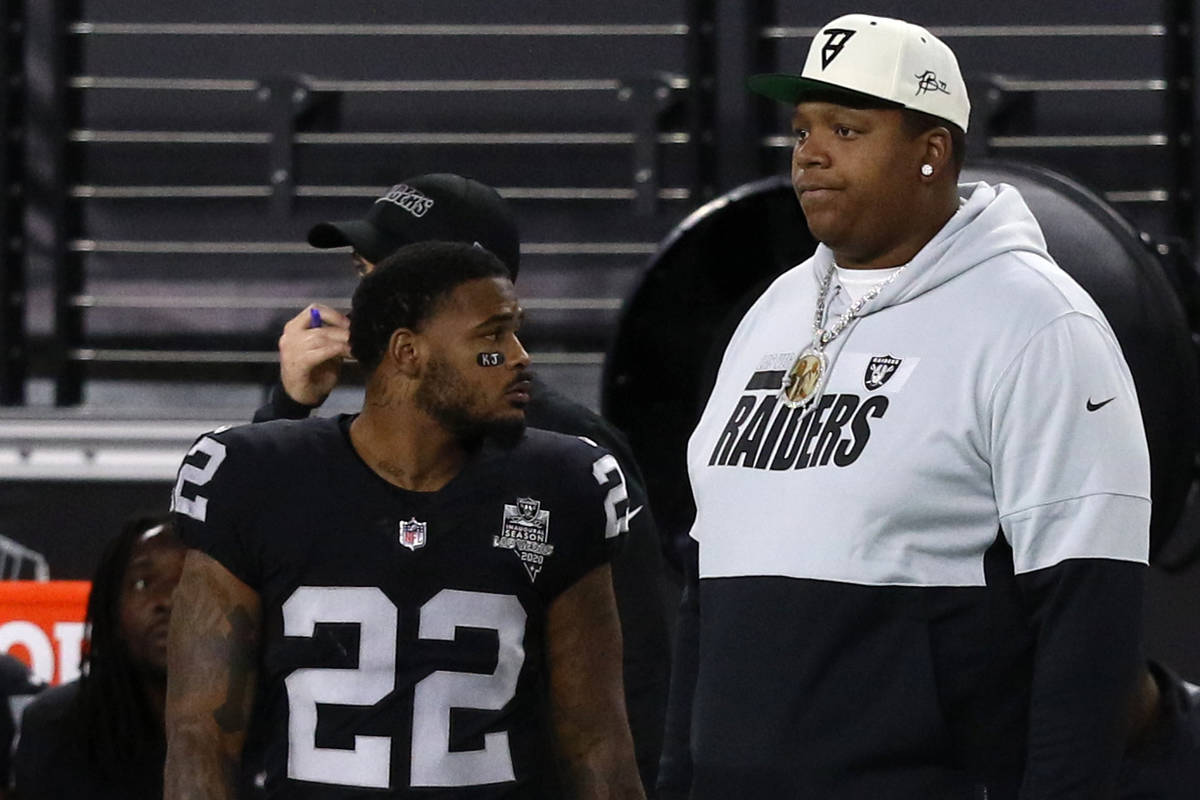 Needless to say, the Trent Brown COVID-19 situation is a big topic among Raiders fans this week. It leaves the team without Brown and safety Johnathan Abram on Sunday against the Tampa Bay Buccaneers and could force the Raiders to play without their starting offensive line.

Fans had a bunch of questions about it in this week’s Raiders mailbag:

Colin (@OcRaiderMx): What’s the current relationship with the Raiders and Trent Brown? Does he really love football? I see him tweeting all day but still hasn’t publicly come out to apologize to the team and his teammates. Could this be his last year in silver and black?

Vinny Bonsignore: The Raiders are frustrated with him. His apparent failure to adhere COVID-19 protocols does not help. There have always been concerns in the NFL about Brown’s passion for football, going all the way back to his draft year. What has happened this season certainly adds to those concerns. With all of his guaranteed money paid out by the end of this season, this certainly could be his last season with the Raiders.

JB Black heart (@Jubair22): Could all this have been avoided if Trent Brown wore the tracker in the facility?

VB: Yes. According to people close to the situation, Brown was not always wearing the monitor. Without having access to the data on that monitor, the Raiders could not specifically rule out teammates and coaches. So the only alternative was to error on the side of caution and deem the five teammates as high risk. As a result, Jonathan Abram will not play on Sunday, and the other four starting offensive linemen will have to play on Sunday without the benefit of practicing this week or being allowed in the building, if they even play at all.

Husker Red Sauce Camera with flash (@vchusker): Never mind that the four offensive linemen may test negative on Sunday and be allowed to play. What about the fact that they haven’t practiced all week?

VB: That is an issue, obviously, and it begs an important question: Does Jon Gruden allow them to play, without the usual preparation, or does he risk protecting Derek Carr by having him play behind an offensive line made up entirely of backups?

VB: As of last week, Tanner Muse still had not recovered enough from the toe injury to come off IR. Bryan Edwards was unavailable again this week with the ankle sprain, but there is hope he’ll be back next week. Incognito is eligible to come off the IR at any time, but was not ready with his Achilles issue this week. The hope is next week.

Chris Lehane (@yesthisisrambo): Despite drafting and signing “high character” players, there’s evidently still a huge issue with accountability. … Does the blame ultimately lie with management and team captains for not leading by example and holding the team to account?

VB: Overall the sense is the Raiders have done a good job in that regard, but as this week showed it reality just takes one player to throw everything out of whack. So obviously more work is needed. A distinction should be made between what happened in the Darren Waller fundraising situation — which seemed to be an honest case of letting guards down — and knowingly disregarding rules by not wearing a mandatory tracking monitor, which appears to be the case in the Trent Brown situation. Character needs to continue to be a key consideration as the Raiders decide what players to draft or pursue in free agency.

Maino (@Maino03): What are the chances the NFL moves the game to Monday as they have done for other teams?

VB: The NFL’s stance is they aren’t going to postpone games due to players missing practice. Games are postponed due to an outbreak of COVID-19 and the closure of practice facilities for extended periods. That has not been the case for the Raiders this week.