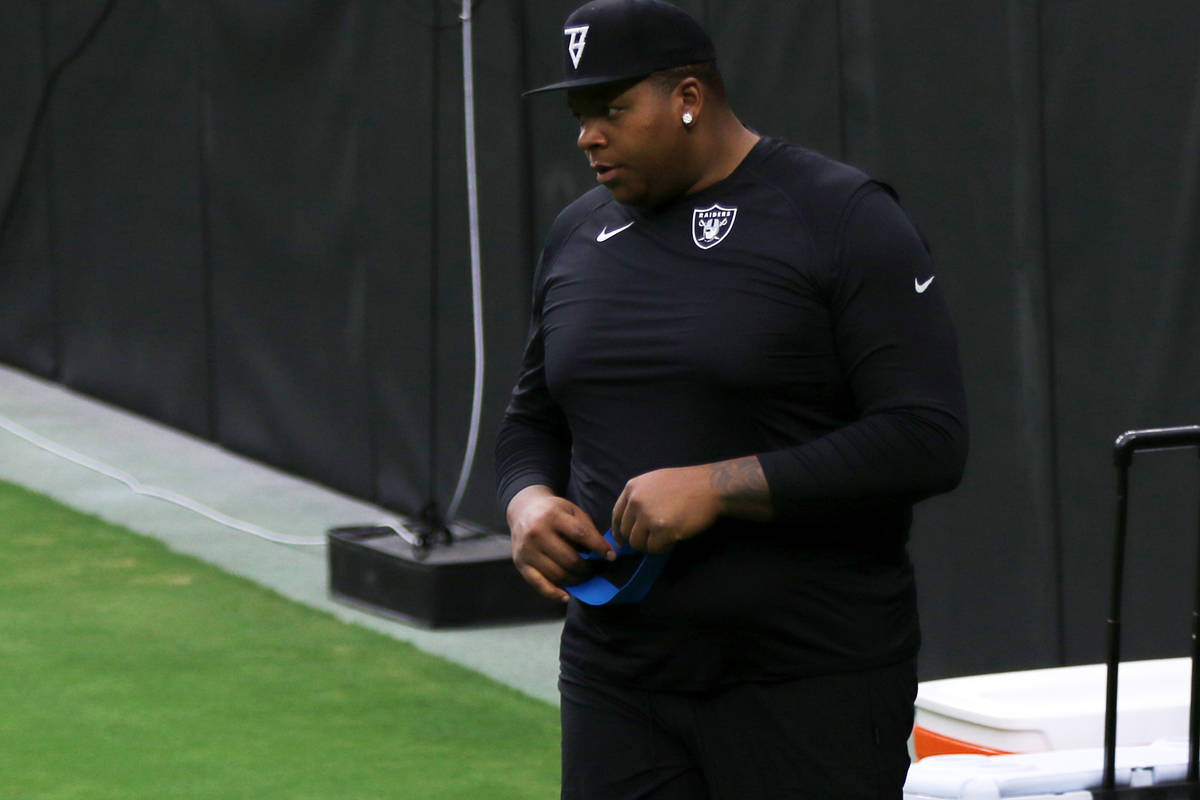 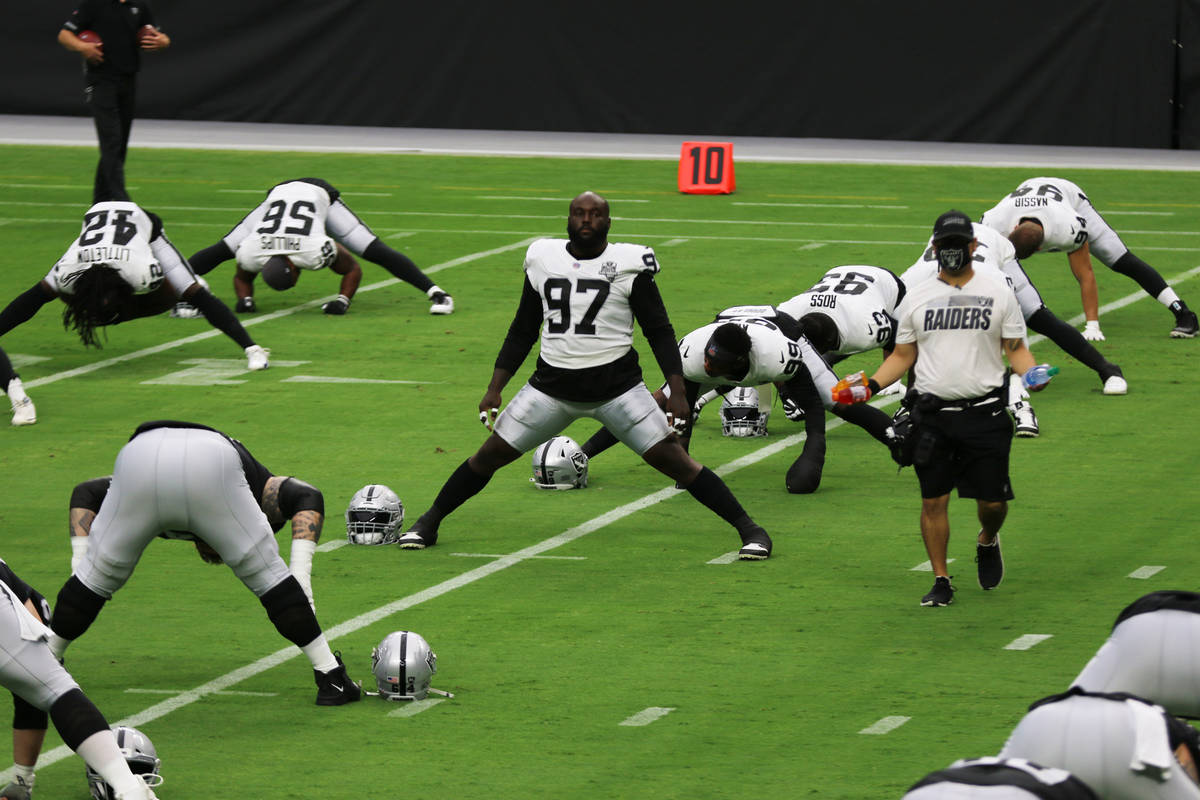 Starting right tackle Trent Brown still has yet to participate in a practice since the Raiders first donned helmets on August 12.

He was on the field Friday for the team’s training camp session at Allegiant Stadium, though he was in street clothes and spent portions of practice riding a stationary bike and working with fellow lineman Denzelle Good.

Coach Jon Gruden has continued to downplay any concerns about Brown’s absence from practices. He said earlier this week he expected Brown to be back in a few days.

The rest of the team, with a few exceptions for players sidelined by minor ailments, went through what appeared to be the most physical practice since the pads went on Monday. There won’t be a whole lot of opportunities for teams to go live with shortened training camps, no joint practices with other teams and no exhibition season.

“There’s no substitute for live football,” Gruden said. “You can only have so many walk-throughs and staged drills. We got a little live work today at the goal line, and we had some live work at the end. … Losing these preseason games, I don’t care what anybody says, in my opinion it’s tough on the coaches.”

Brown used some of his free time during practice to post a tweet. In it, he wrote that college football players from programs that have postponed the fall season should be able to transfer to a school that plans to hold games.

“Draft eligible guys should be able to transfer to schools in a conference that’s playing this fall and be able to play right away,” he wrote minutes into practice. It’s unclear if he composed the tweet at that point or had earlier scheduled it to go out.

The rest of the starting offensive line was on the field, a unit that returns all five starters when Brown is healthy.

Center Rodney Hudson said that continuity is key to the line coming together.

“That’s big,” he said. “That’s not the case with the whole room, but we have the whole starting group back. That’s good for communication.”

Still, there is a process to incorporating some of the new players into the group.

Veteran tackle Sam Young, signed in May, is one of the players getting extra reps in Brown’s absence.

Running back Jalen Richard likes what he has seen from rookie Lynn Bowden in training camp as he tries to transition from wide receiver and quarterback in college to running back in the NFL.

Richard said one of the biggest challenges for young running backs is to not play scared out of fear of making mistakes.

That hasn’t been a concern with Bowden.

“He’s a grown man,” Richard said. “One thing I’d say is hard for rookies coming in the league is just being confident. … You may not be right all the time, but just go full speed and just know you want to play the game and do your assignment.”

Hunter Renfrow and Devontae Booker were frequent targets in a two-minute drill run by quarterback Derek Carr late in the practice session.

One of the best highlights was an interception by Isaiah Johnson on a deep throw by Carr to Henry Ruggs.

The speedy first-round pick had a step on his defender down the right sideline, but the ball was slightly under thrown and Ruggs had to slow down. It hit his hands, but he couldn’t corral it. Johnson snatched the bobble out of the air.

Saturday is an off day for the Raiders.