RJ App
Vegas News, Alerts, ePaper
OPEN
Vegas Nation's Sam Gordon and Vinny Bonsignore preview the matchup for the Raiders vs. the Bills at Allegiant Stadium on Sunday, discuss Nevin Lawson's role as the veteran cornerback on the team and how the team will adjust if they are without wide receivers Bryan Edwards and Henry Ruggs. (Heidi Fang/Las Vegas Review-Journal) 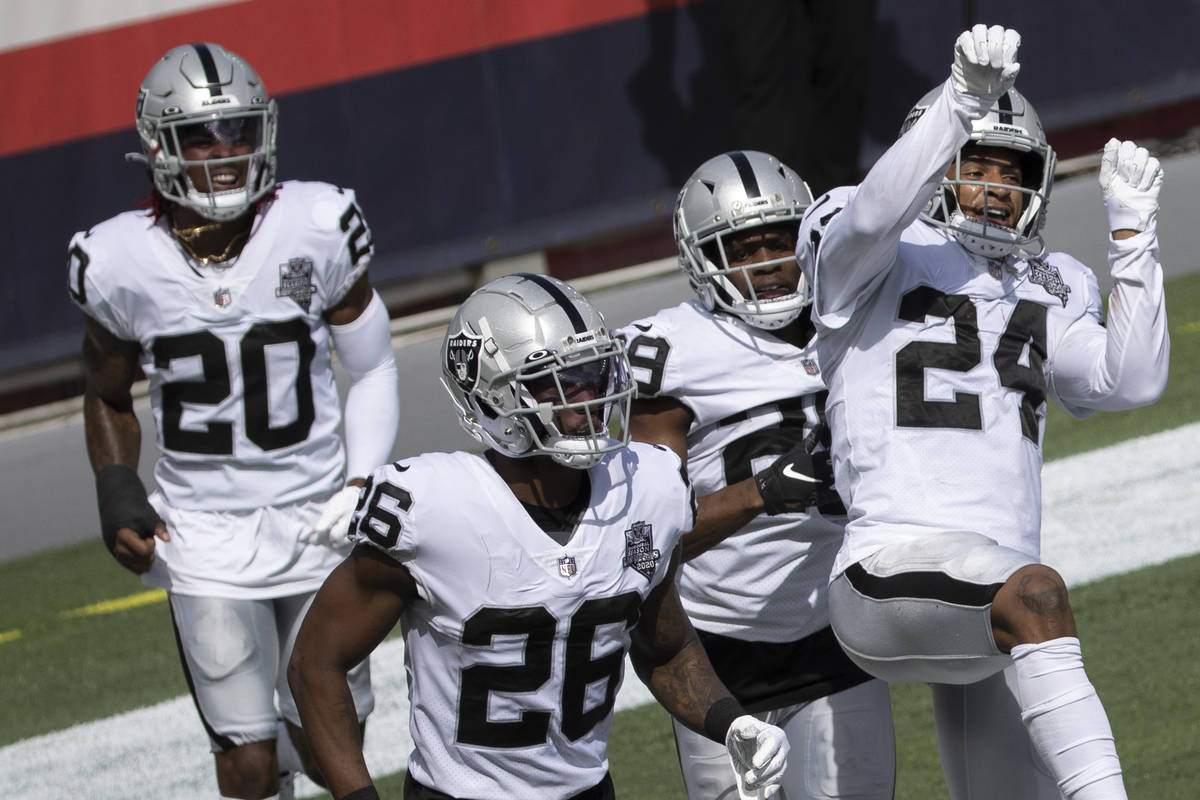 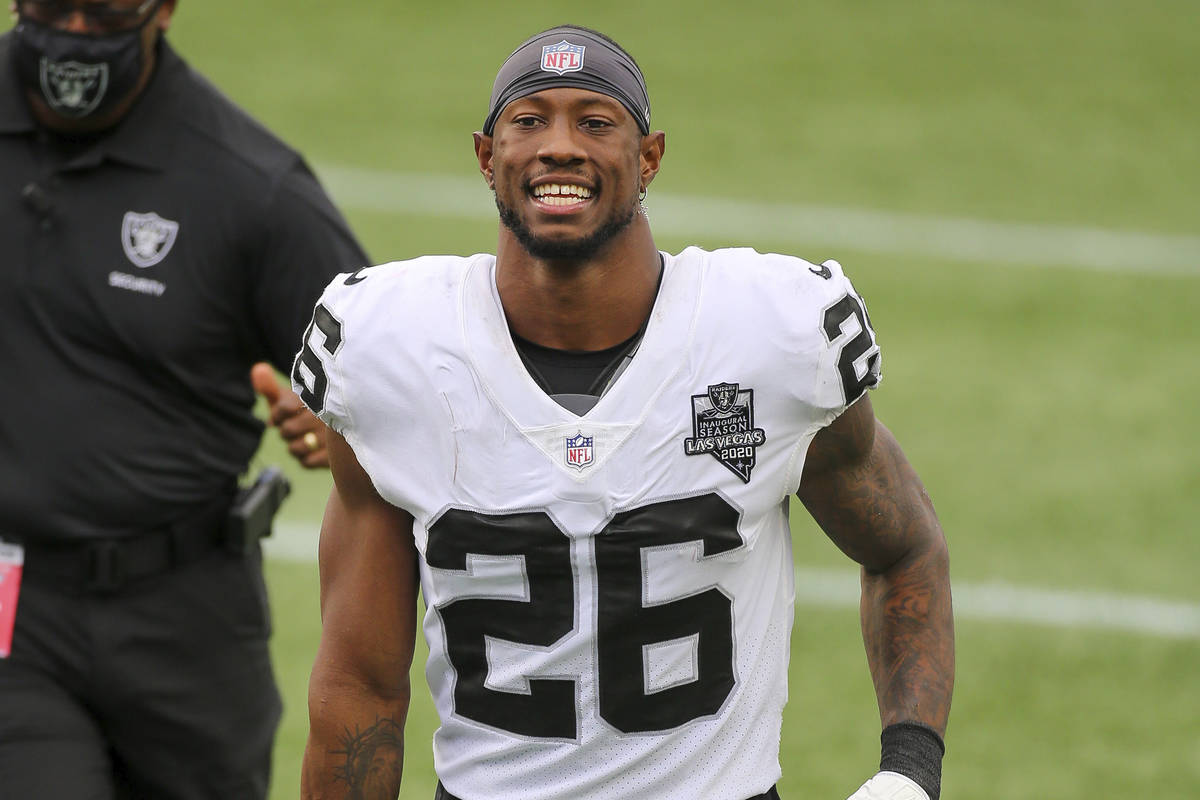 Raiders cornerback Nevin Lawson is in his seventh season in the NFL. He’s played 76 games. He’s made 59 starts and been credited with 234 tackles.

But the former Utah State standout is still seeking his first NFL interception. “Hopefully when the opportunity comes, I can capitalize on it,” Lawson said.

That opportunity may come this Sunday against the Buffalo Bills.

Lawson is in line to start in place of injured rookie Damon Arnette, who had surgery on his injured thumb, according to a person familiar with the situation. Arnette, who aggravated the injury last Sunday during a 36-20 loss to the New England Patriots, is expected to miss between six and eight games.

At 29, Lawson is an elder statesmen of sorts among a young group of cornerbacks that includes Arnette, Travyon Mullen, Isaiah Johnson, Keisean Nixon and Amik Robertson — all of whom are 24 or younger.

Lawson was selected in the fourth round of the 2014 NFL draft by the Detroit Lions, for whom he started 54 games, including all 16 in 2016. He signed with the Raiders as a free agent in March of 2019 and played 11 games last year, totaling 24 tackles, five pass breakups and earning another one-year contract.

He didn’t play in Week 1 against the Carolina Panthers, but has played in 25 percent of the defensive snaps since.

Lawson said Thursday that he cherishes his role as the veteran among the young cornerbacks. He mentioned that he tries to learn from them as well.

“Like I told the guys before, I’m here for them. Whatever they need. Anything they got going on. If they want to pick my brain with anything, I’m here for that,” Lawson said. “You never stop learning. … I embrace my role.”

Offensive coordinator Greg Olson said Thursday that backup running back Devontae Booker fits the profile of the type of back the Raiders want behind Josh Jacobs.

“He has been a strong runner. He falls forward,” Olson said. “He’s not a flashy type. … but he is a steady downhill runner. He sees the hole well. He fits it like a running back, like a Josh Jacobs. That’s what we wanted, a heavier, bigger back. He fits that role for us.”

Booker, a fifth-year back out of Utah, is listed at 5 feet, 11 inches and 219 pounds. He’s played a mere 23 snaps this season, which is 11 percent of the team’s offensive plays. But he’s been effective in his limited opportunities, carrying 10 times for 59 yards.

Bills defensive tackle Ed Oliver (knee) did not practice Thursday. He’s started all three games for Buffalo and has one sack and four quarterback hits this season.

4
Derek Carr gets permission to talk to Saints

A viable suitor has emerged as a potential landing spot in a trade for Raiders quarterback Derek Carr. And now it appears Carr will have a decision to make.