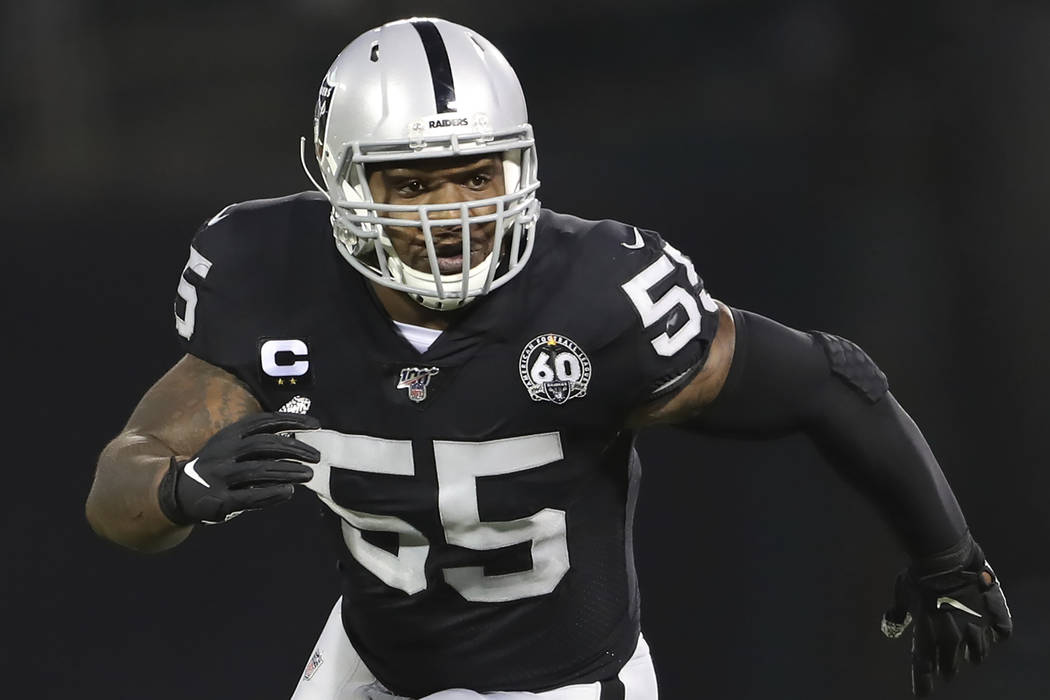 INDIANAPOLIS — Vontaze Burfict, who played four games last season for the Raiders before being suspended for repeated violations of the player safety rules, was quietly reinstated last month by the NFL and is eligible to play in the 2020 season. The Raiders may be interested in re-signing him.

That’s according to a Raiders source, who said they will continue to evaluate all options at linebacker, Burfict included.

Burfict is set to become a free agent in March, and the Raiders have work to do at linebacker, a position that became a major weakness after Burfict was suspended. The team plans to look to the draft and free agency in what could be a complete overhaul of the starting unit.