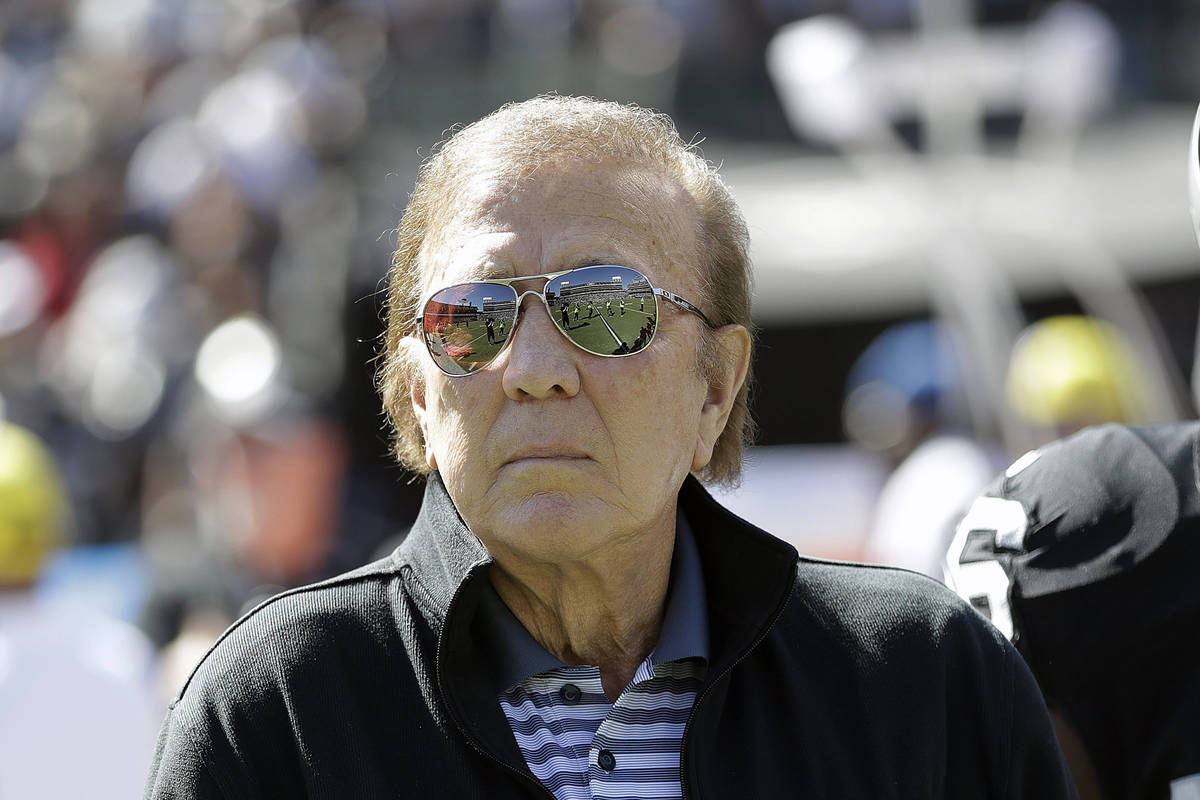 FILE - In this Oct. 12, 2016, file photo, former Oakland Raiders head coach Tom Flores is shown before an NFL football game between the Raiders and the San Diego Chargers in Oakland, Calif. Flores was selected Saturday, Feb. 6, 2021, for the Pro Football Hall of Fame's Class of 2021. (AP Photo/Marcio Jose Sanchez, File)

The Raiders tweeted a video Thursday of former coach and quarterback Tom Flores being told he was elected into the Pro Football Hall of Fame.

He was given the news at his Indian Wells, California, home by Raiders owner Mark Davis and Hall of Fame president David Baker. The video is a more complete version of what the NFL posted Saturday.

"My life is complete now."

Flores was the NFL’s first minority head coach, and he guided the Raiders to victories in Super Bowls XV and XVIII. He went 91-56 in nine seasons with the Raiders.

Flores also became the first Latino starting quarterback in professional football when he became the Raiders’ QB in 1960.