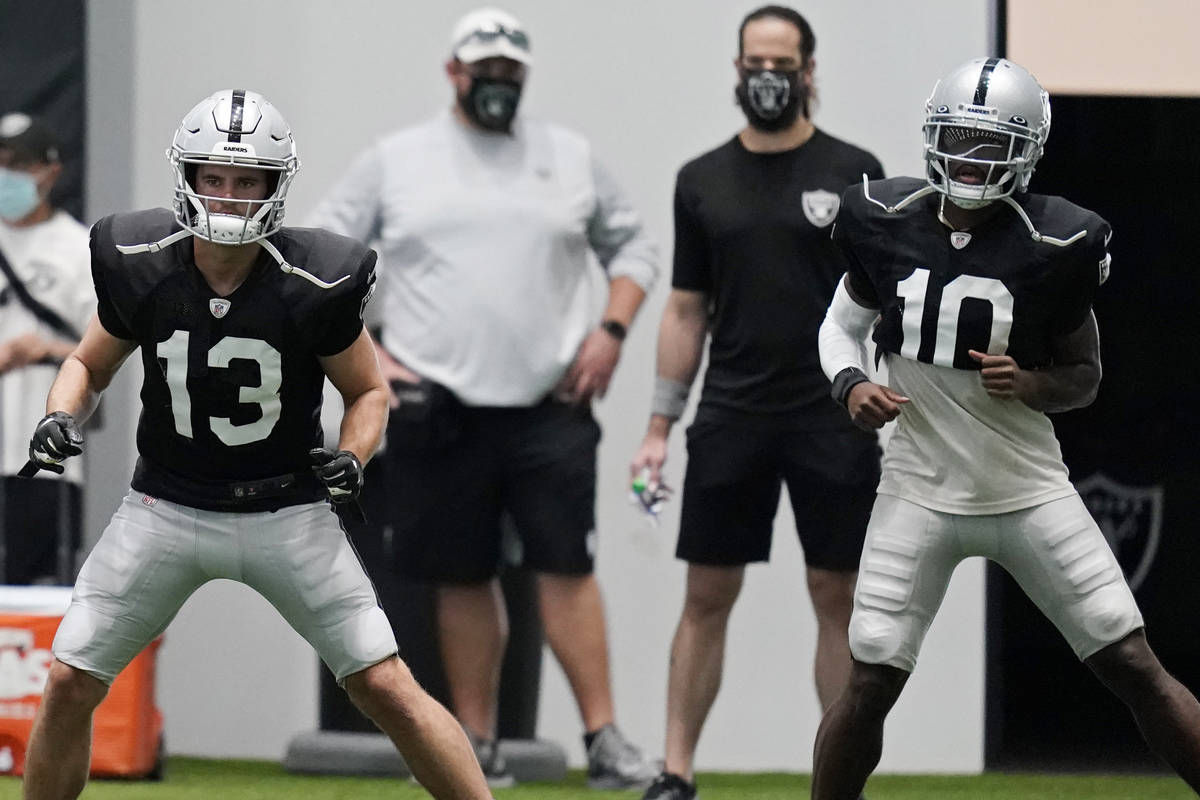 Raiders quarterback Derek Carr and wide receiver Hunter Renfrow met with the media Tuesday morning. Here are some highlights of what they said:

On playing before some fans on the road but not at home:

“I know there will be noise. Most of these stadiums pump it in anyway and they don’t tell you about it. All of the sudden it’s loud and you look around and you can’t hear anything, and yet no one’s screaming in the stands. So we’ll see. We’ve taken the mindset that we’re all we’ve got right now. We don’t get the fans, so we’ve got to bring our own energy, our own juice.”

“If we’re all pushing in the same direction, that’s your best chance to win. It doesn’t guarantee it, but it gives you your best chance. Everything that Mr. Davis, Mr. Mayock and Coach Gruden have told me — every single word that they have told me — has come true to a T. Other quarterbacks I talk to around the league, sometimes they don’t know what’s going on, and then it shows.”

On his wife being pregnant:

“When we won the national championship at Clemson, I got a dog right after the championship. And now we’re getting a kid right after, hopefully, the Super Bowl this year, so we couldn’t be more excited and thankful.”

On his close relationship with Carr:

“I’m not scared to ask him a question anymore. I’ll jump in and give him a hard time. Last year, he was like the teacher. I wasn’t going to mess with the principal, but it’s been cool to have a friend like that.”

MOST READ: Raiders
1
Paul Tagliabue would have fought Raiders move to Las Vegas

5
For Derek Carr, it’s play for the Raiders or no one else