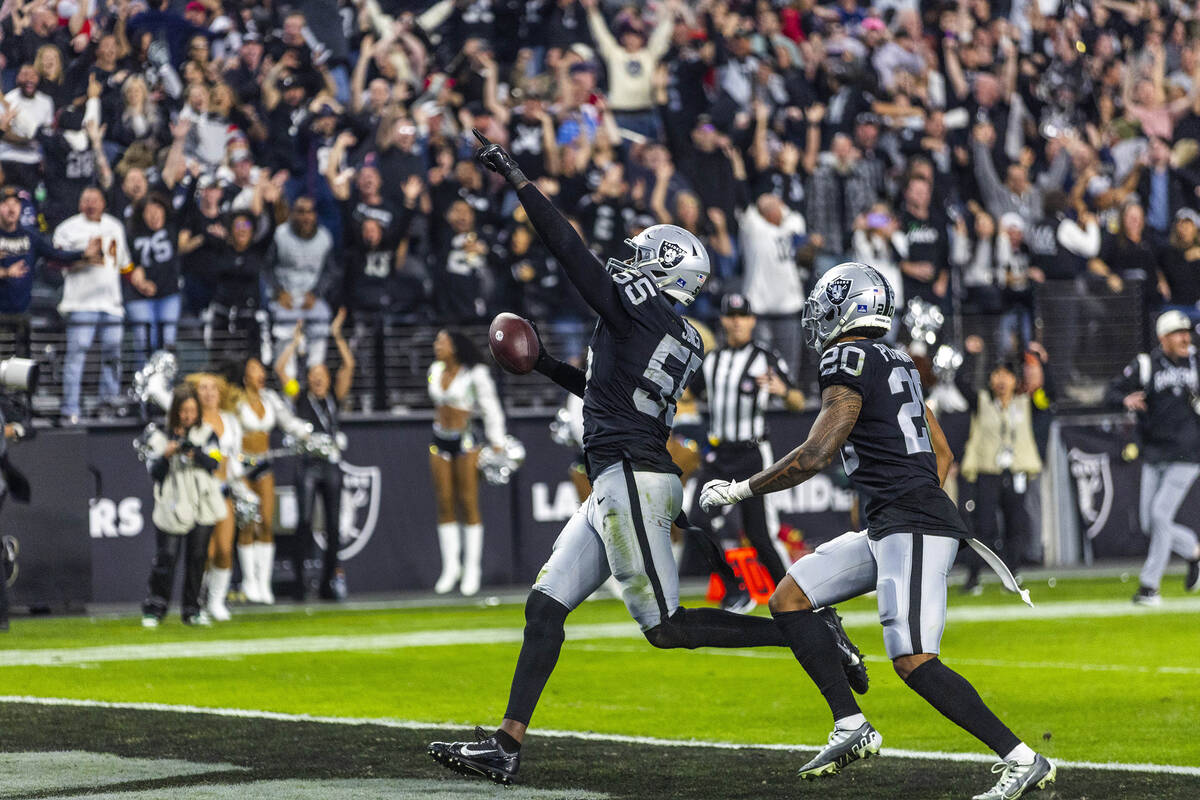 Raiders defensive end Chandler Jones (55) celebrates as he scores a game-winning touchdown over the New England Patriots during the second half of their NFL game at Allegiant Stadium on Sunday, Dec. 18, 2022, in Las Vegas. (L.E. Baskow/Las Vegas Review-Journal) @Left_Eye_Images 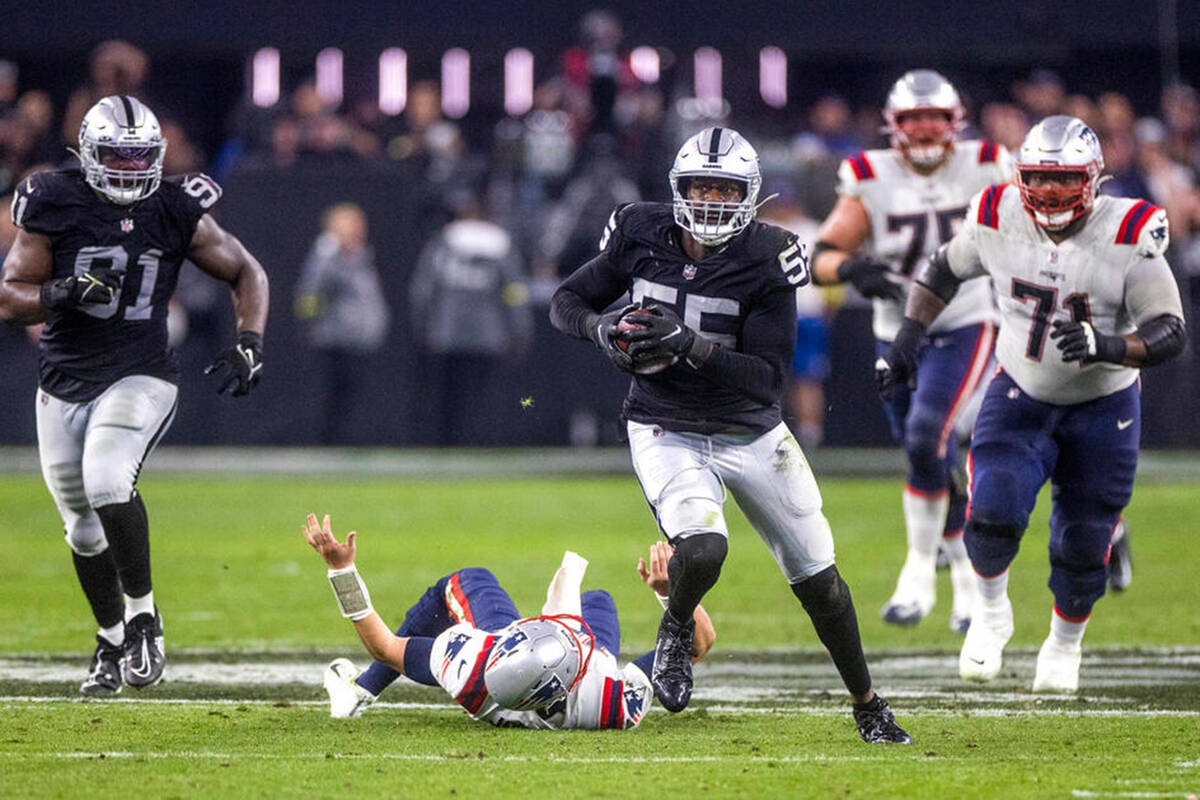 Believe or not, the path for the Raiders to make the playoffs still exists.

Essentially, they need a five- or six-way tie for the final AFC wild-card sport. It’s a fitting name for what would be a wild scenario, but it’s still possible.

Under one highly unlikely but intriguing scenario, the tie-breaker could be the Raiders and Josh McDaniels getting that playoff spot over the Patriots and his mentor Bill Belichick. The deciding factor: the still-unbelievable ending to their meeting at Allegiant Stadium when Chandler Jones scored on a fumble return after the inexplicable pitch play attempted by New England as time expired.

One of the biggest obstacles to the Raiders sneaking into the postseason is actually winning their final two games. Even though they are at home, the Raiders have to close the season against two Super Bowl contenders in the 49ers and Chiefs.

There’s also a very good chance the Chiefs will still be playing for the No. 1 seed as well, meaning they aren’t likely to rest starters.

Even if the Raiders do pull off consecutive upsets, there’s a lot that would still have to go right. Fivethirtyeight.com’s odds of a playoff berth for the Raiders increase to 7 percent if they win out.

At the moment, the Raiders’ playoff odds are hovering around 0.9 percent depending on which simulation server is utilized.

First and foremost, the Dolphins would have to lose both of their final two games. Miami, which has already lost four straight, will travel to New England to play the Patriots before hosting the Jets to close the season. They will do so with status of starting quarterback Tua Tagovailoa, who is in concussion protocol for the second time, up in the air.

Two wins by the Raiders and two losses by the Dolphins moves the Raiders’ chances up to 30 percent. Here’s where it starts to get complicated.

They also need the Jets to lose one of their final two, but the Raiders need them to beat the Dolphins in Week 18. That means the Jets must lose their game this week in Seattle.

Pittsburgh must then lose to either the Ravens on the road or the Browns at home.

The Titans and Jaguars will play for the AFC South title in Week 18 in Jacksonville and the Raiders would need the Jaguars to win that game, unless the Jaguars also lose or tie against Houston this week.

All of that would put the Jaguars into the postseason as a division champion and create the cluster the Raiders would need. What would make this scenario even stranger than it would already be is how those tiebreakers would be settled.

There is an order of operations for eliminating teams from the conversation and after they are all worked through, it would leave the Raiders and the Patriots as the last two of those remaining teams.

Then it becomes a head-to-head tiebreaker.