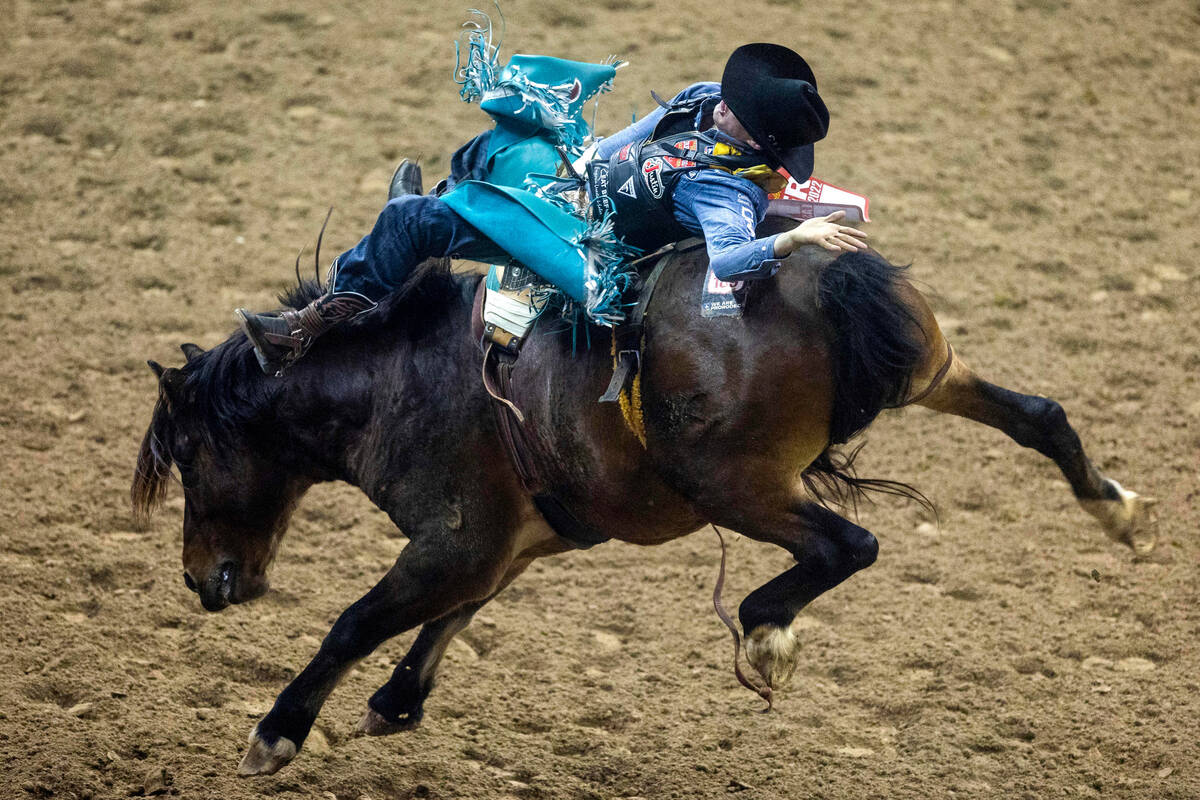 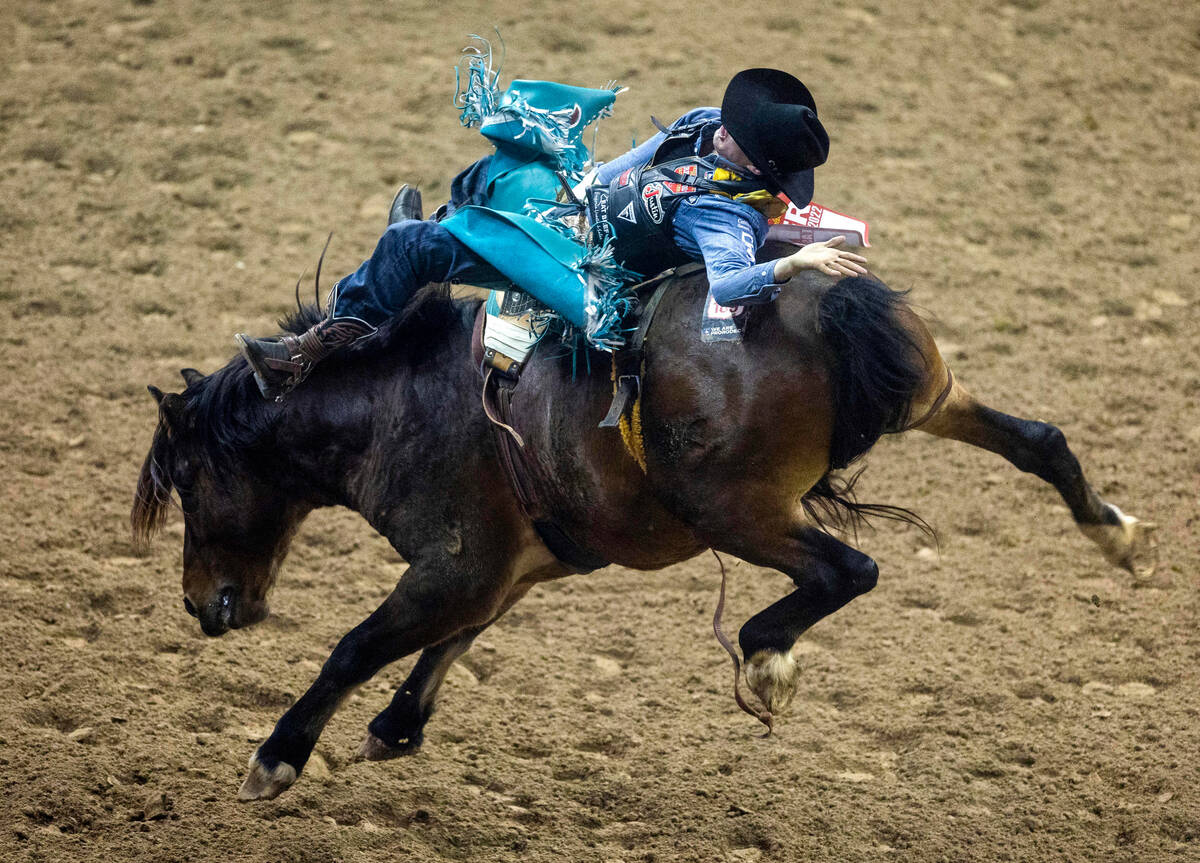 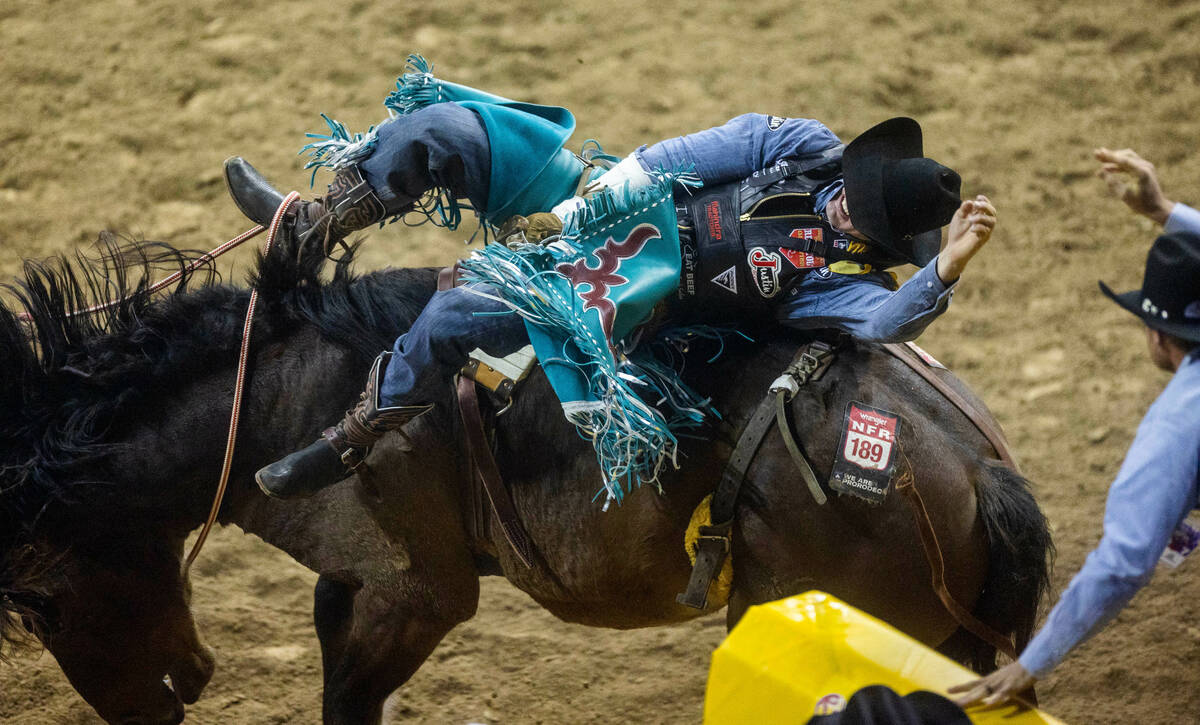 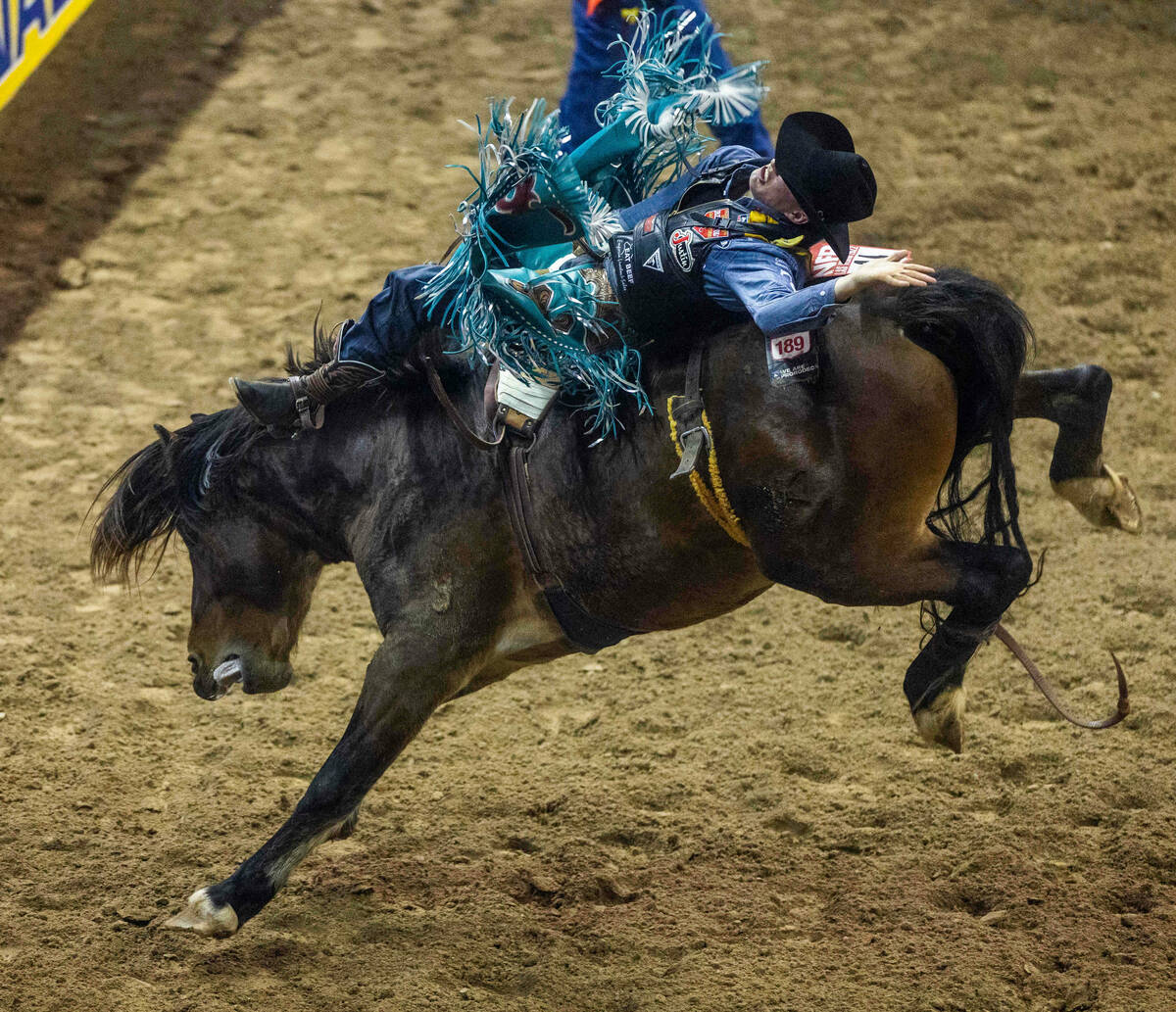 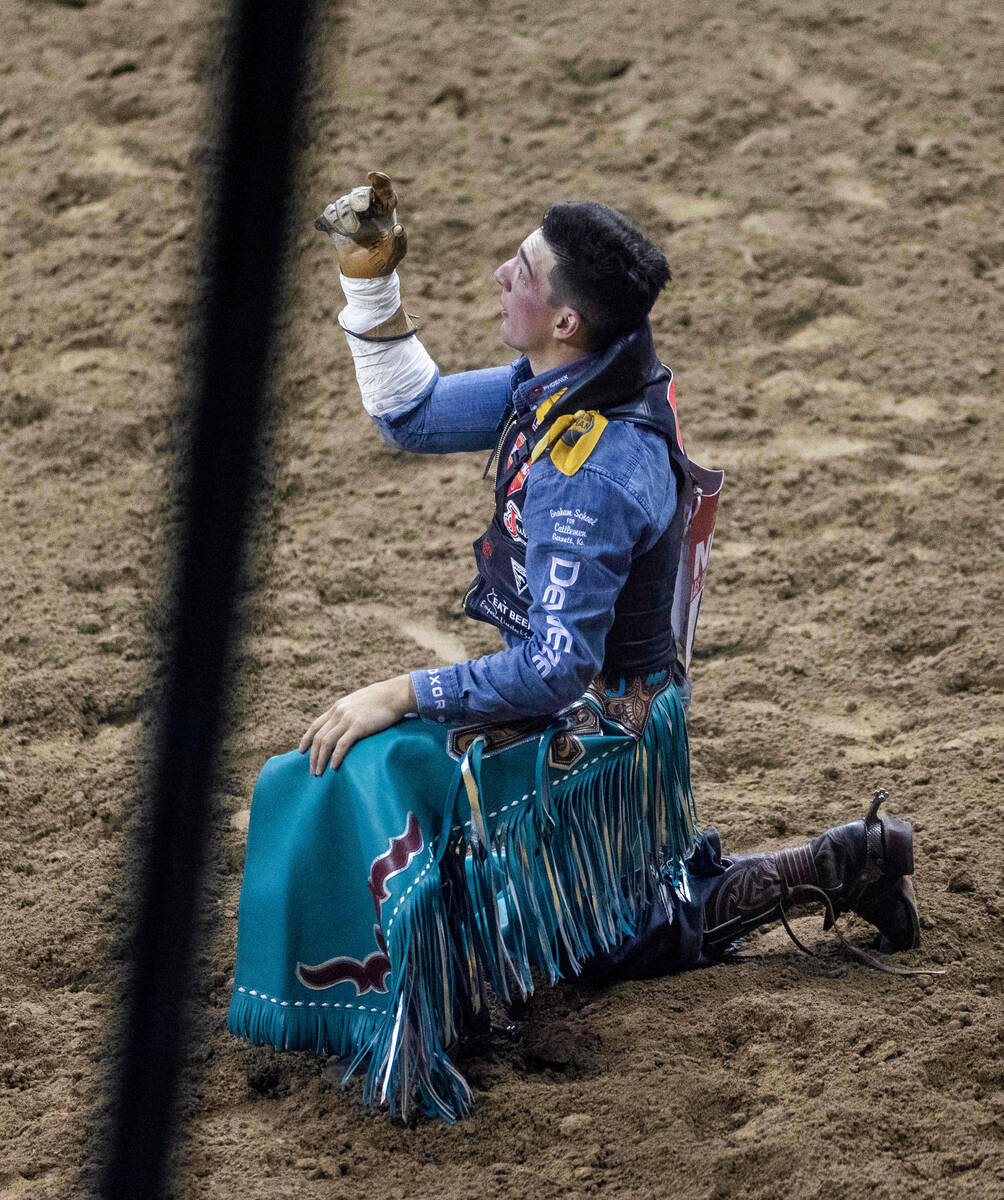 Which, over 10 days in Las Vegas, is one of the keys to success for any cowboy.

Average is a term used to describe a competitor’s aggregate score. Point totals are added and divided by the number of rounds, with the quotient being the average score. Or average, for short.

The average pays a bonus at the end of multiday rodeos such as the National Finals, where each average winner over the 10 rounds will receive a check for $74,150 from the record $10.9 million competitor purse. The big chunk of change often decides who receives the world championship belt buckles.

After riding Stace Smith Pro Rodeo’s Mr. Harry for 86.5 points and first-place money in Saturday’s third round at the Thomas & Mack Center — an effort that must have impressed actors Harrison Ford and Helen Mirren, who were spotted in the sellout crowd — Pope was leading the average as well as the world standings.

He added a few thousand to his leads by finishing in four-way tie for fourth place in Sunday’s fourth round.

“That’s my game plan, but I can’t control any of that other stuff,” he said of the progression from third to second to first in season earnings during his first three NFR outs. “I rodeo hard all year. I show up here and do my job.”

In addition to being one of rodeo’s fastest rising stars, the 24-year-old cowboy from the Kansas foothills also is becoming an engaging interview.

“Look out of the windshield instead of the rearview mirror,” he says of not dwelling on past accomplishments.

But before saying any of that, he thanked a local Jimmy John’s sandwich shop.

“Tim and I always go to Jimmy John’s,” he said of his most enduring superstition in a sport known for them. “I get the No. 8 — Philly club, jalapeno chips and lemonade. That’s my routine every time with a bucker or an eliminator (bronc). Today, at lunch, I was definitely at Jimmy John’s.”

He smiles, he waves, and “whatever comes to mind, I kind of spit out of my mouth. Sometimes it kicks me in the butt.”

But it’s not all spins and grins for the cowboy who rides with his jeans tucked into his boots and his emotions on his sleeve.

Asked if there was somebody in his village or tribe who was a major influence in his arrival to pro rodeo’s biggest stage, he did not hesitate.

“When I was a kid, George Steinberger. He’s gone now. But when I was 6 years old, and I was getting on a bucking machine, he was always beating it into my head: ‘You’re going to make it to the NFR, you’re going to go do great things,’” Pope said of the Kansas rodeo pioneer who died in 2017.

George Steinberger was laid to rest in Wamego, Kansas, a year before Jess Pope won his first significant rodeo, the Permit of the Year Challenge at the South Point Equestrian Center in Las Vegas.

“I wish I could give him a hug again,” he said, holding back tears.