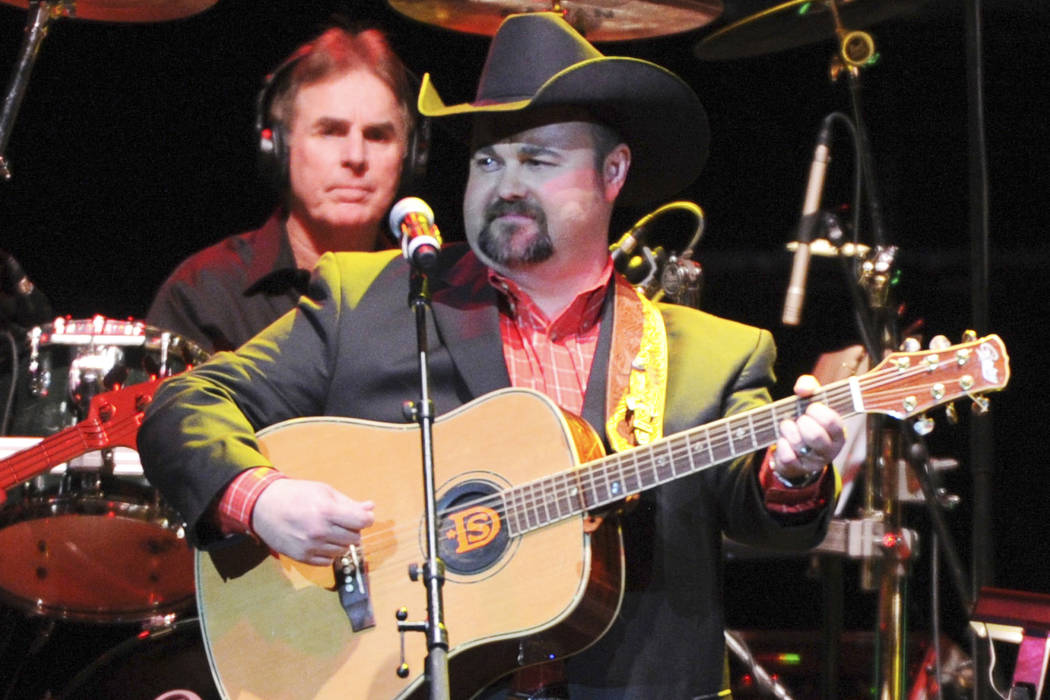 In this Nov. 22, 2013 file photo, Daryle Singletary performs at a tribute to George Jones in Nashville, Tenn. (Photo by Frank Micelotta/Invision/AP, File) 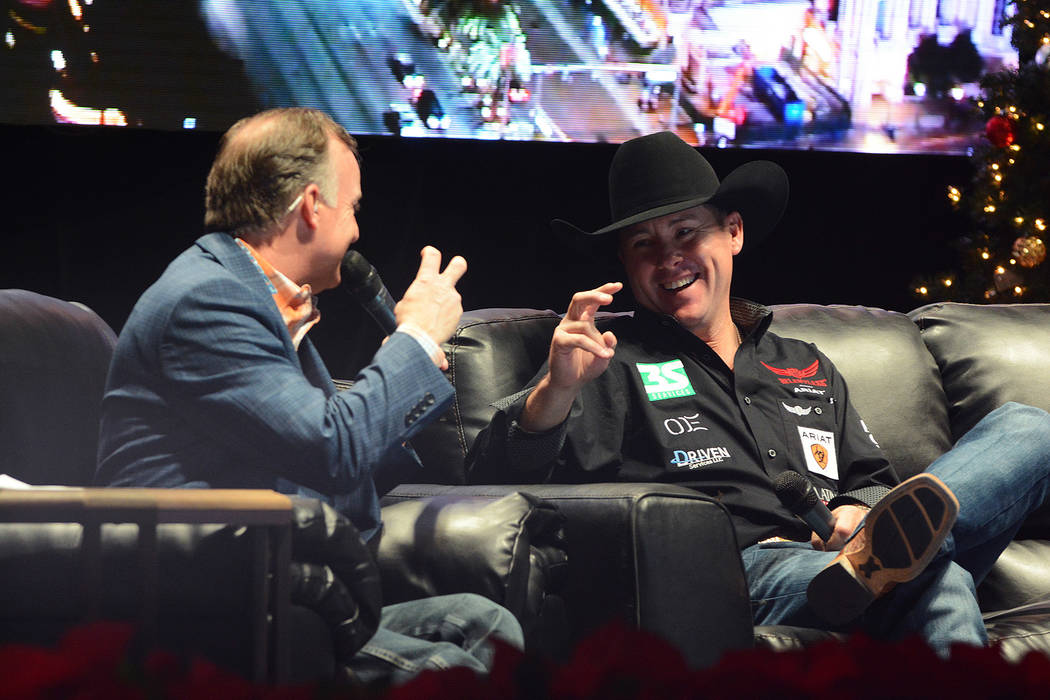 One of the best parts of Cowboy Christmas is the continued development of Rodeo Live, with live TV programming in front of an always-lively audience inside the Las Vegas Convention Center’s South Halls.

It all starts at noon each day during the Wrangler National Finals Rodeo, with “Outside the Barrel with Flint Rasmussen.” That’s followed by “Daryle Singletary’s Keepin’ it Country” at 1:15 p.m., then “Rodeo Recess with Andy Seiler” at 2:15 p.m.

The trio of shows makes for a great way to spend an afternoon, perhaps mixing in some shopping at the expo, while waiting for the next go-round of the Wrangler NFR. The hosts all know how to keep things light, very funny and extremely entertaining.

That might be a little tougher to do this year. Singletary, a country music star, unexpectedly died last February at the age of 47. It was shocking and saddening to Rasmussen and Andy Griggs, a peer of Singletary’s in the country music world and a regular part of his show at Cowboy Christmas — a show he’ll now host with the adapted title, “Daryle Singletary’s Keepin’ it Country with Andy Griggs.”

There’s certainly some sadness over a tremendous loss. At the same time, Rasmussen and Griggs feel the best way to pay their respects during the 10-day rodeo is by making their shows the best they can be. That started Thursday afternoon with a tribute, which Rasmussen alluded to beforehand.

“Andy is coming on my show, and we’re gonna talk about Daryle,” Rasmussen said. “We’ll swallow hard, Andy will sing a song, and hopefully after that, it’ll kind of give us some closure. Daryle was a great guy, a great recording artist, and he was so good to so many of us in this Western world. I would write with him sometimes and forget, he’s got No. 1 songs! He was just your buddy, just Daryle.”

Griggs probably has the more difficult task, as the new host of a longtime good friend’s show.

“I’ve been a part of this every year Daryle was doing it,” Griggs said. “This was his baby, so I was honored when I was asked to carry the torch, so to speak. It’s mixed emotions. I’m excited, of course, but still tender-hearted over this. Especially this first year, the main thing is the memories and to pay tribute to Daryle, our good friend. This one will be an extremely special 10 days, the one everyone will remember.”

To be sure, though, Singletary would want his hosting buddies and of course all the rodeo fans to keep having a rollicking good time. That’s something that Rasmussen — a longtime standout barrelman and rodeo clown who plays to the crowd and who has long admired Johnny Carson and David Letterman — very capably delivers, and it won’t change this week.

“This is different than what I do all year, and I look forward to bringing fans an hour out of their day where it’s just relax and have fun,” Rasmussen said. “We entertain. It’s just supposed to be fun.”

It certainly doesn’t hurt to consistently land top-shelf guests — some of whom Rasmussen jokes he launched into superstardom.

“I always take credit for Taylor Swift and Luke Bryan’s careers, because they’ve been on our show,” Rasmussen said with a laugh. “They had one hit when they came on our show. Now they’re huge!”

Griggs has a great jumping-on point, thanks to the platform built by Singletary. But Griggs has higher expectations to rightly honor his buddy.

“I plan on taking what Daryle started and taking it to the next level,” Griggs said, while describing it in a way that surely relates to Rasmussen. “It’s kind of like Johnny Carson meets the Grand Ole Opry. I think that’s what Daryle had in mind, and that’s exactly what I plan on doing.”

Griggs will get some help from talented peers, including Ty Herndon, Jamie O’Neal and T. Graham Brown, over the course of the week.

“I’ve worked hard on the guests. They’re not just any guests; they’re special guests,” Griggs said. “I’m friends with them and have connections with them, but they’re also people who Daryle had good connections with, who have their own stories. Their love for country music and for Daryle will turn the dial up to 10 right there!”