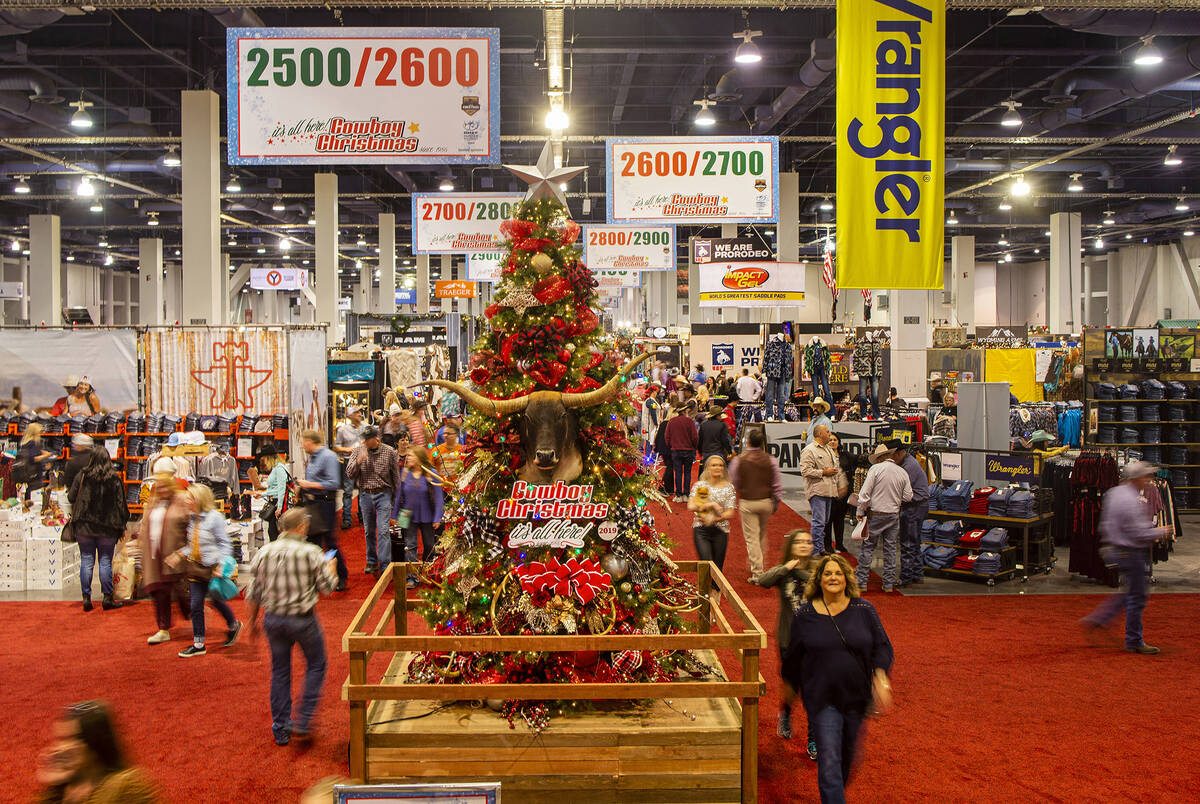 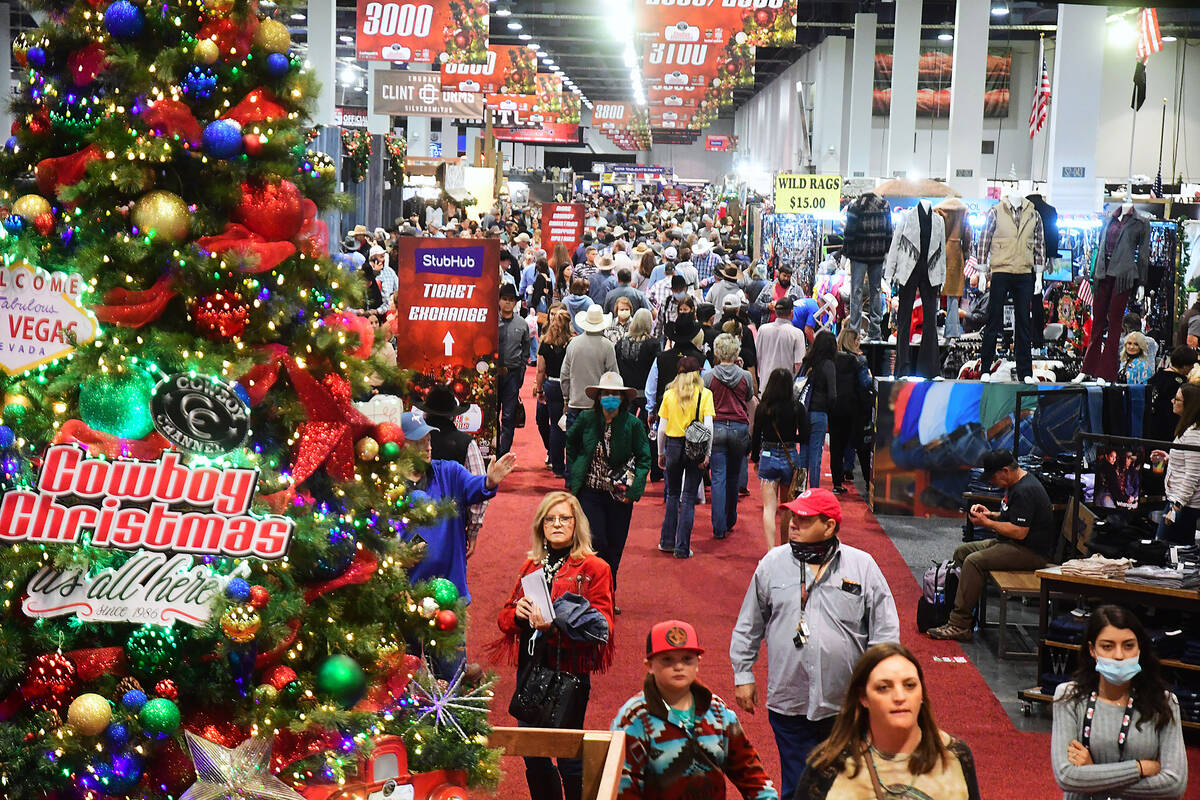 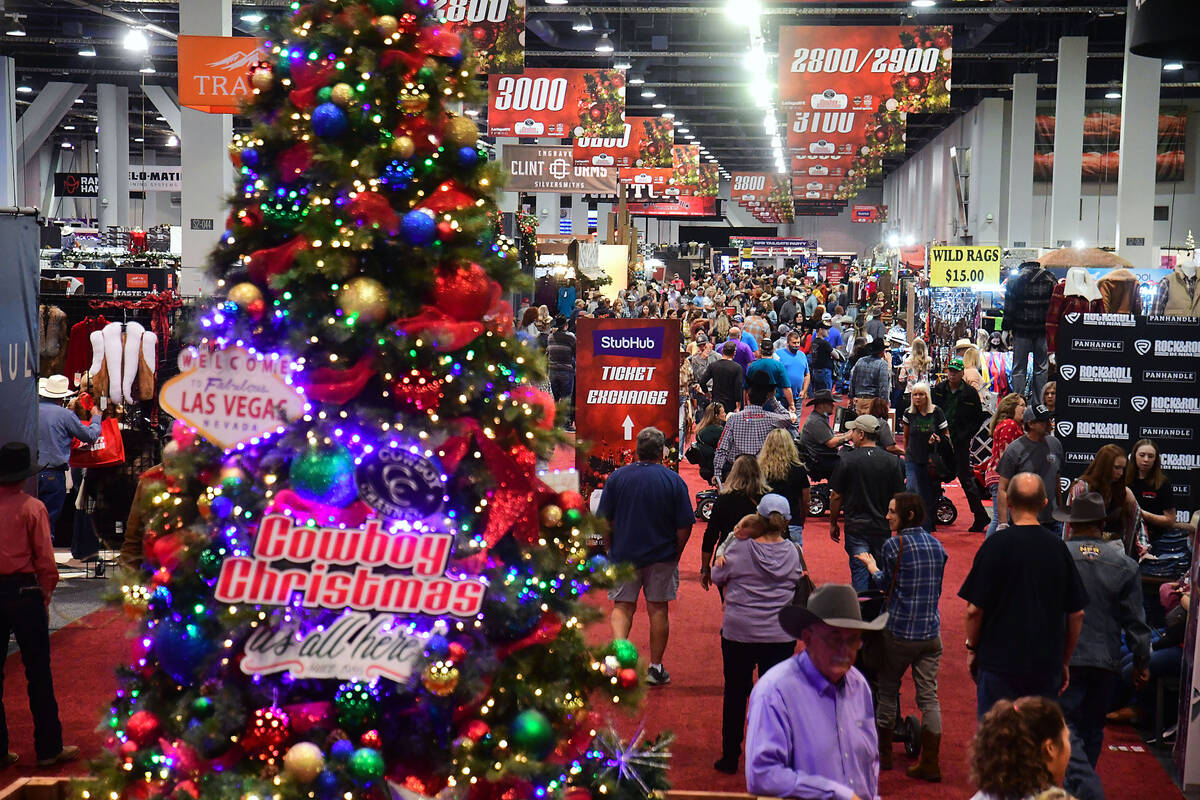 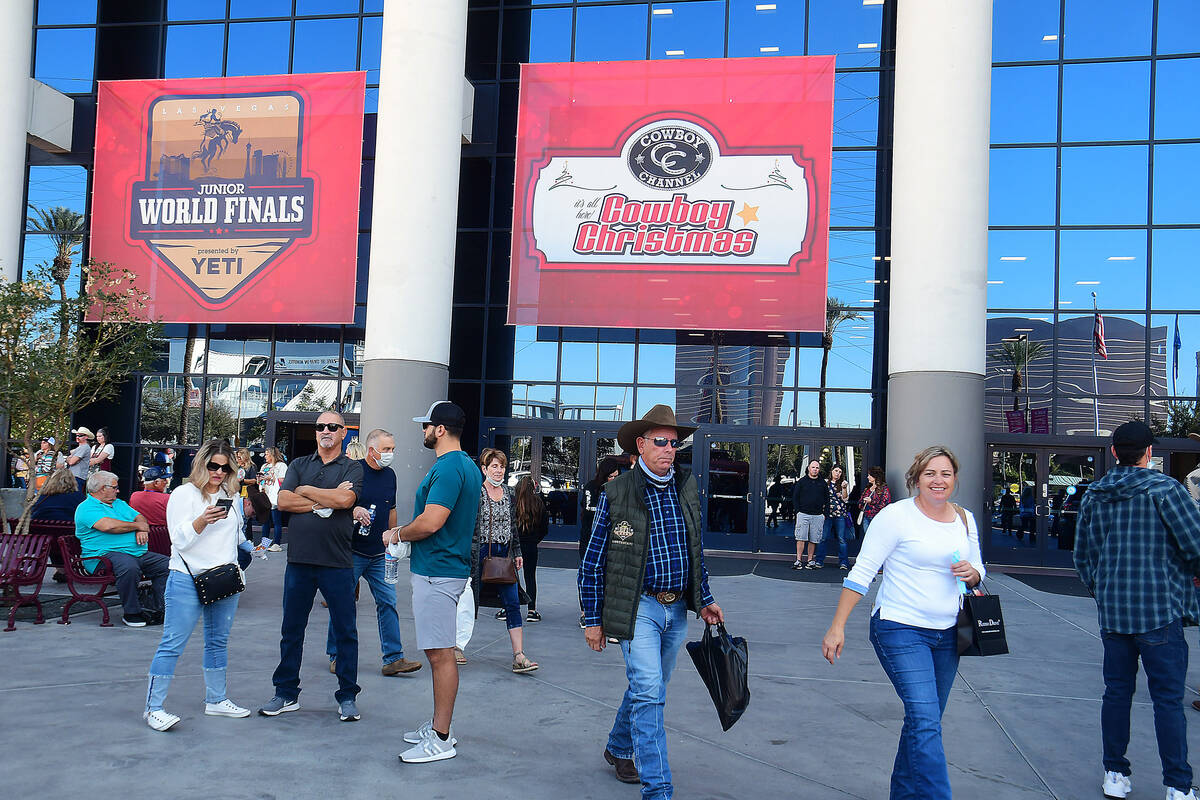 Come NFR season, you never quite know what you’re going to see over the 10 days of Cowboy Channel Cowboy Christmas at the Las Vegas Convention Center. Rattlesnakes, maybe.

Last year, footwear and apparel brand Ariat showcased the 26 buckles destined for the belts of the rodeo winners. And the precious prizes had some strange bedfellows.

“They had rattlesnakes on top of them, to keep it fun,” said Bo Gardner, vice president of corporate marketing for organizer Las Vegas Events.

Not to mention to provide an extra layer of security for the precious prizes that are made of solid silver and gold and worth more than $20,000 each.

But snakes and buckles aren’t what spur up to a quarter-million people to trek to the annual gift show, which this year will be from 9 a.m. to 4 p.m. Dec. 1 to 10. Rodeo riders are rock stars in these circles, and where you find rock stars, you find merch — in this case, courtesy of more than 350 exhibitors. Admission and entertainment are free; the temptations are not.

“You see these amazing leather fringed purses and you want them all,” said show manager Cheryl Kocvara, clearly a victim of her own design.

“We like to stick with the Western lifestyle theme,” he said. And that suits Las Vegan Brenda West just fine. Her husband, Dennis, formerly “rodeoed” as a bulldogger and team roper, and the family has horses.

‘’I’ve probably been 20 times,” Brenda West said. “We like the culture. You have to live the cowboy life.”

Cowboy Christmas definitely makes that possible. Gardner said some of the show’s more popular merchandise includes leather items, jewelry, cowboy hats and boots, custom furniture, sculptures and other art works, boutique and hand-crafted items, cowhide rugs and Cowboy Christmas decorations. Exhibitors include heavyweights such as Ariat and Wrangler, but also many smaller businesses, some of which have grown up with the show.

Those would include Rick Bishop of Western Tradition in Texas, a Cowboy Christmas merchant since 1985. Bishop said while he used to go to nine shows across the country each year with his Western hats and associated products (bands, cases, brushes, cleaning supplies, rain covers … “just anything related to hats”), he’s cut that number to four as he’s gotten older.

“It’s a nice show,’” he said of Cowboy Christmas. “It’s done in very good taste. A lot of people from all over the United States show up there — customers and friends who don’t show up anywhere else.”

Bishop said he has a number of customers who look for him at the show each year.

“We would come and (Dennis) would buy his ropes, because it isn’t always easy to get the ropes locally,” she said. “And they have more of a boot selection. It’s just fun to see all of the vendors.”

Gardner said about a dozen exhibitors have been with the show since 1985, and some transformed during that time.

“You hear great stories,” he said, “about the little 10-by-10 booths facing the back wall, and now they’re 600 square feet. They started out small and now they’re large, so they can start bringing in a lot more product.”

In some cases, Gardner said, showgoers can order a custom piece of furniture or jewelry and take delivery later.

“It could take six to nine months to make a custom-fitted cowboy hat, where they spend thousands of dollars,” he said.

Gardner said free entertainment — and the chance to rub elbows with rodeo cowboys and cowgirls — is also part of the Cowboy Christmas draw.

“The Junior World Finals, which is upstairs, has over 800 participants from 30-plus states,” he said. And on the “Rodeo Live” stage will be five free shows daily.

New this year will be the Cowboy Christmas Village, with a live Santa, “kissmas” archway with mistletoe photo-op and a candy cane wall.

“It’ll look like a village – a little Hallmark wonderland,” he said.

Plus, there will be autograph sessions with steer wrestlers and maybe a celebrity or two (last year, “Yellowstone” cast members were a big draw) and Miss Rodeo America will lead the Justin Boots parade.

As for West, odds are good she’ll make a beeline for the National Roping Supply booth.

“Last year they had the Apple Watch bands made out of leather and turquoise,” she said. “And I’m sad because I didn’t have an Apple Watch until after the show.”◆