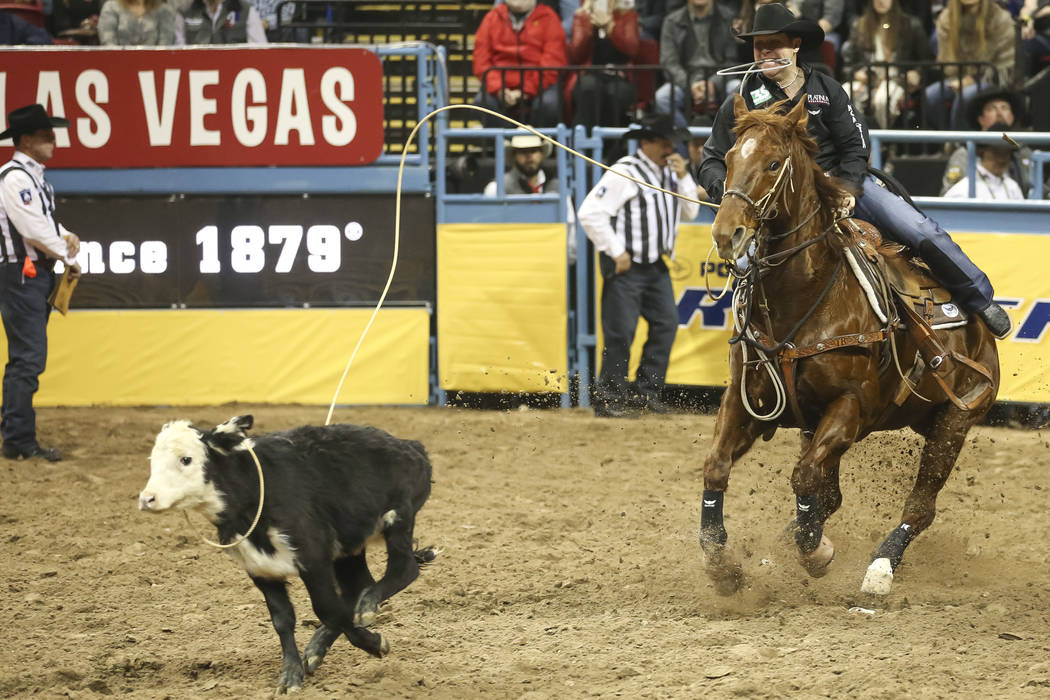 Trevor Brazile of Texas competes in the tie-down roping during the third go-round of the National Finals Rodeo at the Thomas & Mack Center in Las Vegas on Saturday, Dec. 8, 2018. Richard Brian Las Vegas Review-Journal @vegasphotograph 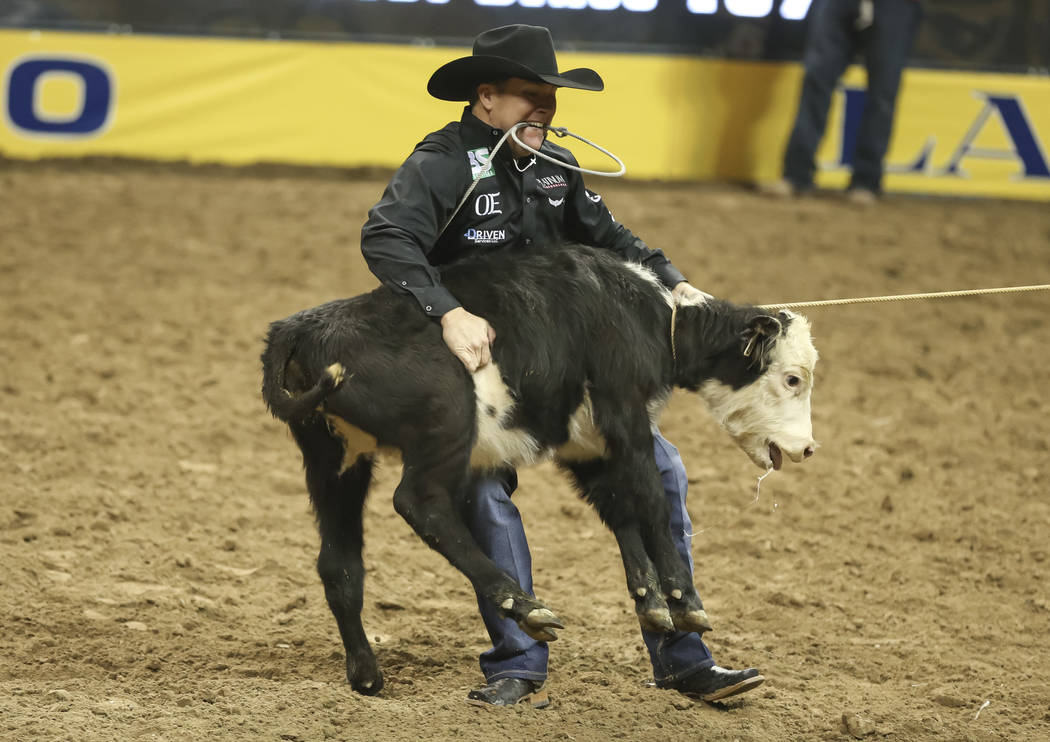 Trevor Brazile of Texas competes in the tie-down roping during the third go-round of the National Finals Rodeo at the Thomas & Mack Center in Las Vegas on Saturday, Dec. 8, 2018. Richard Brian Las Vegas Review-Journal @vegasphotograph

Trevor Brazile never imagined he would become King of the Cowboys.

The 23-time world champion, who will retire from full-time competition after the National Finals Rodeo at the Thomas & Mack Center, would have gladly settled for being a professional cowboy.

“Honestly, I had a goal to be able to make a living rodeoing,” said Brazile, 42. “Being able to sustain a living doing what I love and being on a horse every day and traveling the country, that would’ve been a blessing beyond measure.”

It’s hard to believe now that Brazile has rewritten the pro rodeo record books, but early in his career, the Decatur, Texas, roper had doubts about whether he could make it in the Professional Rodeo Cowboys Association.

“There were times I thought I was going to have to pick up another line of work,” he said. “It was really hard for me to get going at first and to learn how to win at the professional level.

“I’d won at the junior, high school and collegiate levels, but it just seemed like it took a minute for me to win (in the PRCA).”

Brazile joined the PRCA in 1996 and won his first all-around world title in 2002. He has won a record 13 all-around crowns in 14 years to shatter Ty Murray’s mark of seven.

“Ty Murray was not only a legend in our sport, but he was such a hero to me,” Brazile said. “To be able to surpass that (record) was my greatest achievement.”

While he’s still healthy and in contention for his 14th all-around title, Brazile plans to drastically reduce his schedule next year to spend more time with his wife, Shada, and their three children — Treston (11), Style (8) and Swayzi (3).

“I’ve had my time,” he said. “My friends and family have sacrificed for my success for so long, and now it’s time for me to do the same for their goals and dreams.”

Brazile said he has been competing in 75 to 80 rodeos a year. He plans to scale back to less than a third of that next year, meaning this year’s NFR probably will be his last.

“I’m not saying never,” he said. “As of right now, there are two rodeos — The Houston and The American — that if a guy won both of those, he’s already qualified for the National Finals. But to pull off something like that would be a feat in itself.”

Sounds as if Brazile has a new goal. He said what he’ll miss most is competing on his sport’s biggest stages.

“That’s why I’m going to try to get somewhat of a fix being able to get into the big events,” he said.

Brazile is off to a rough start at the NFR, failing to place in the first three rounds of tie-down roping.

But he’s still within striking distance of Tuf Cooper, who happens to be his brother-in-law, in the race for the all-around world crown. He trails Cooper by about $19,000, which is less than the prize money for one go-round win at the NFR ($26,230.77).

“Everybody wants to go out guns blazing and having the best NFR I’ve ever had,” Brazile said. “I’ve been here enough to know I’ve had good and bad. It’s as much the process as the result, and I want to enjoy every bit of it.”

Despite having the same number of gold buckles as swimmer Michael Phelps has Olympic gold medals (23), Brazile has remained a humble King of the Cowboys.

“This sport can humble you fast,” he said. “From rodeo to rodeo, there are so many ups and downs and variables, if you don’t learn to stay grounded early, it’s a long ride.”

Brazile expects his likely last ride in Las Vegas to be an emotional one.

“I’m sure the emotion will hit me periodically when the realization of that comes, because I love it,” he said. “If you don’t love competing in Vegas, there’s something wrong.”