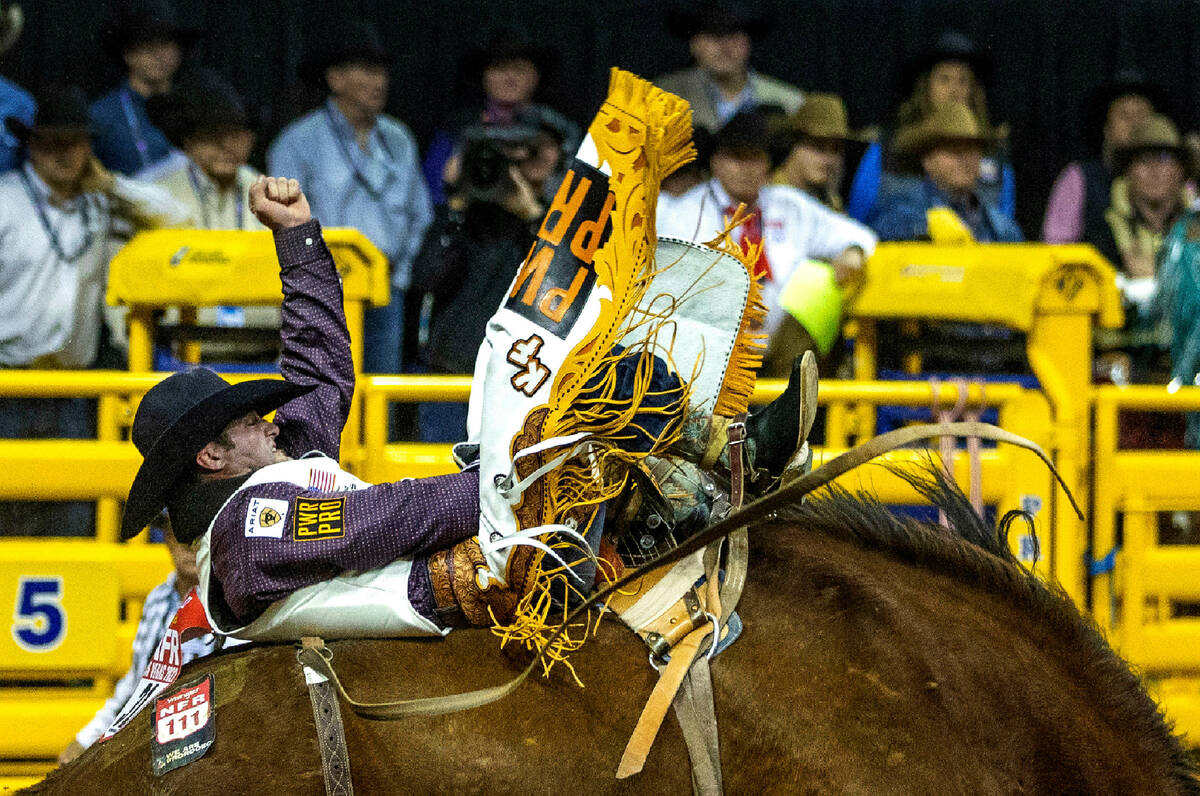 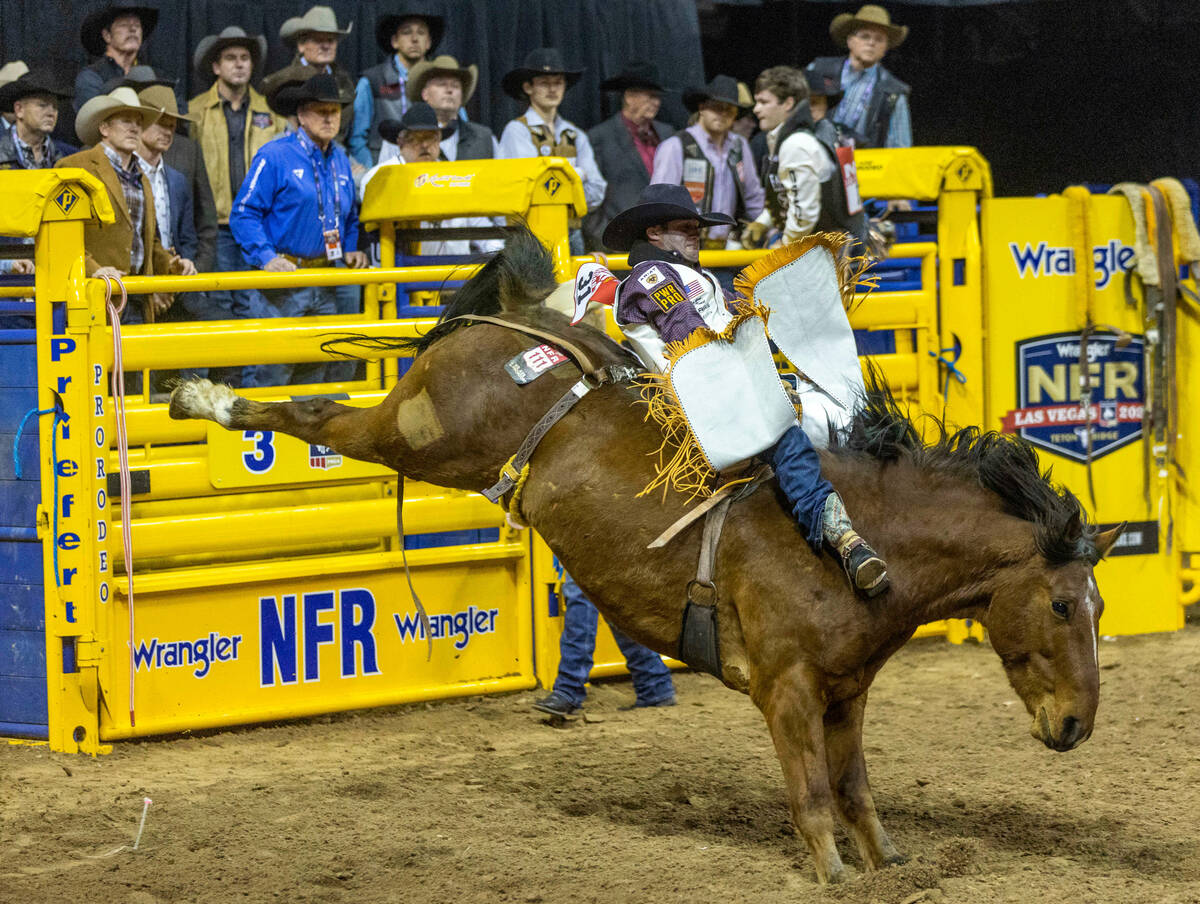 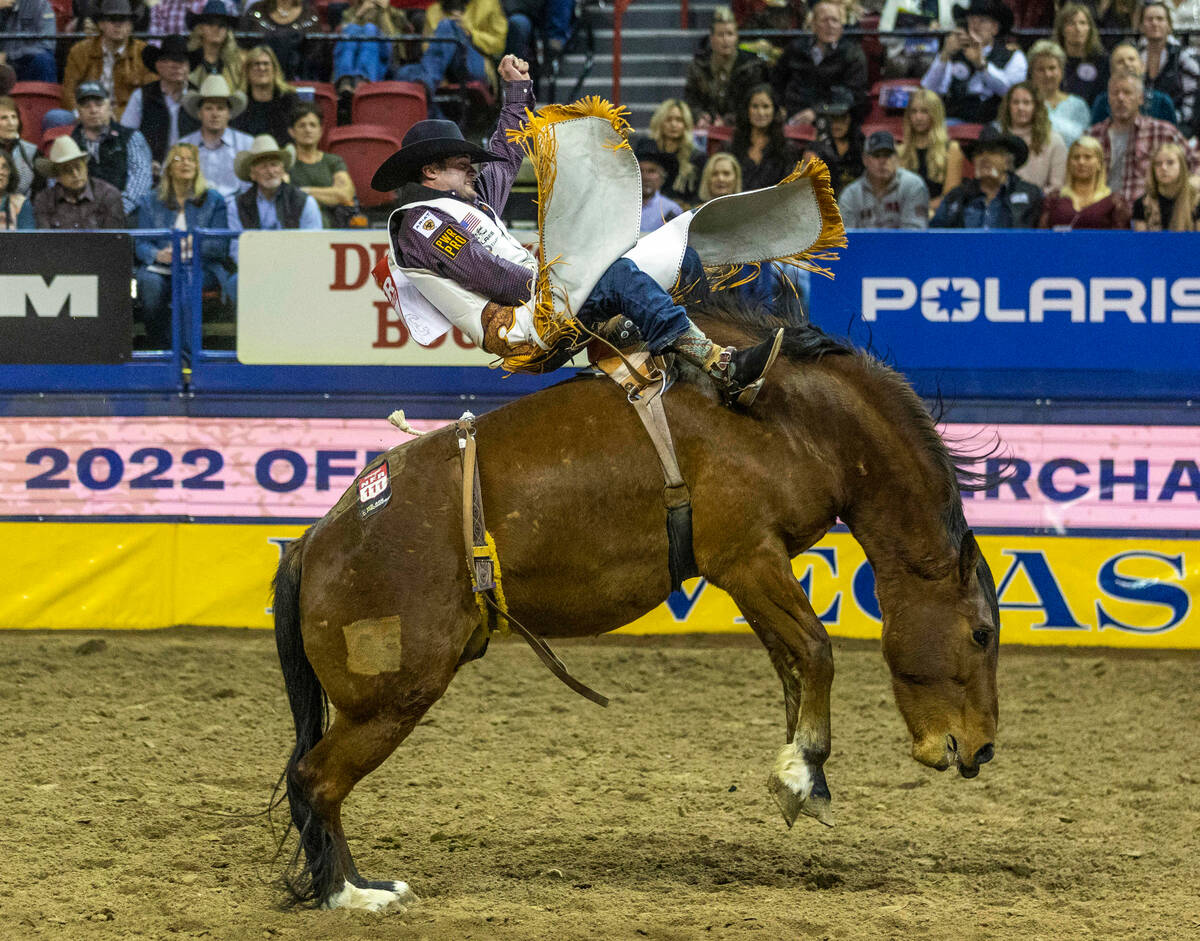 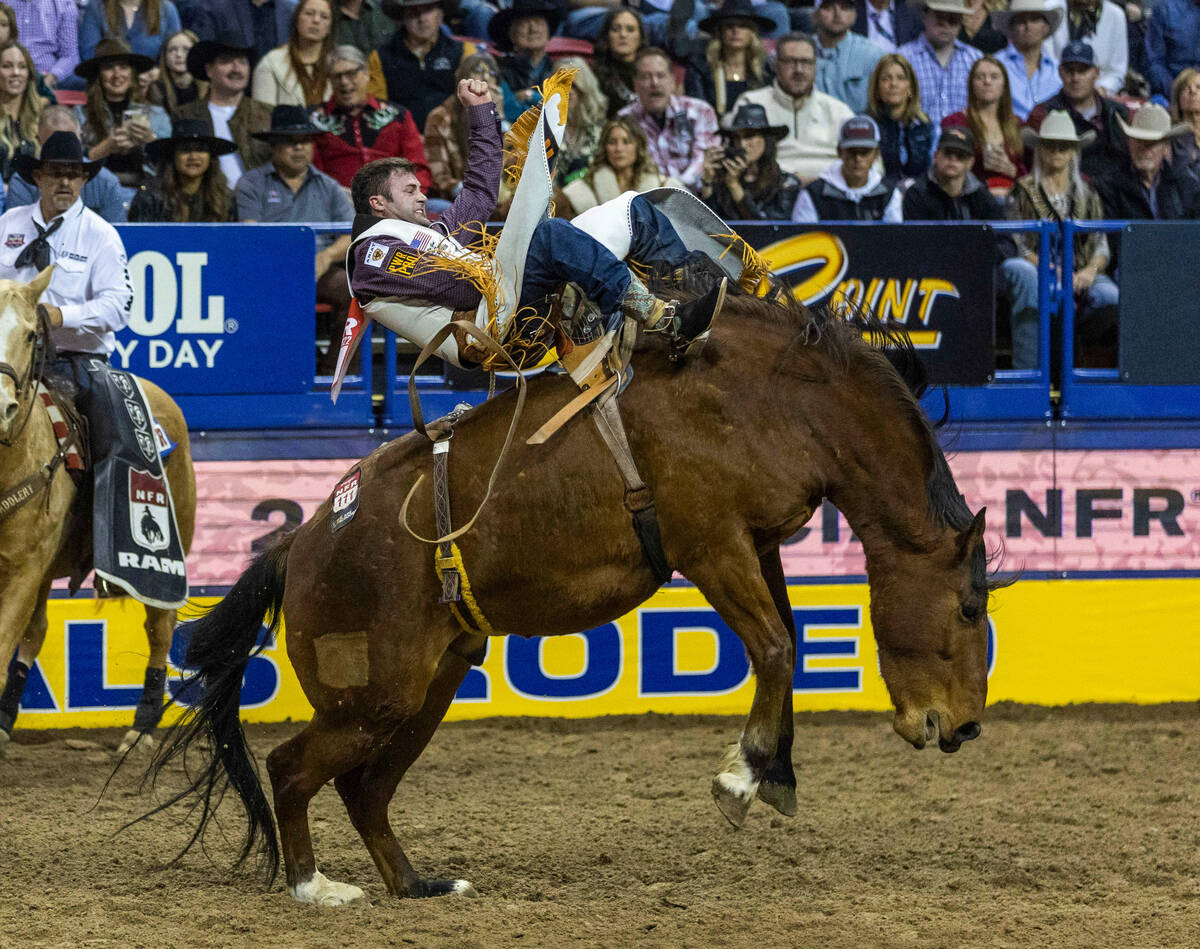 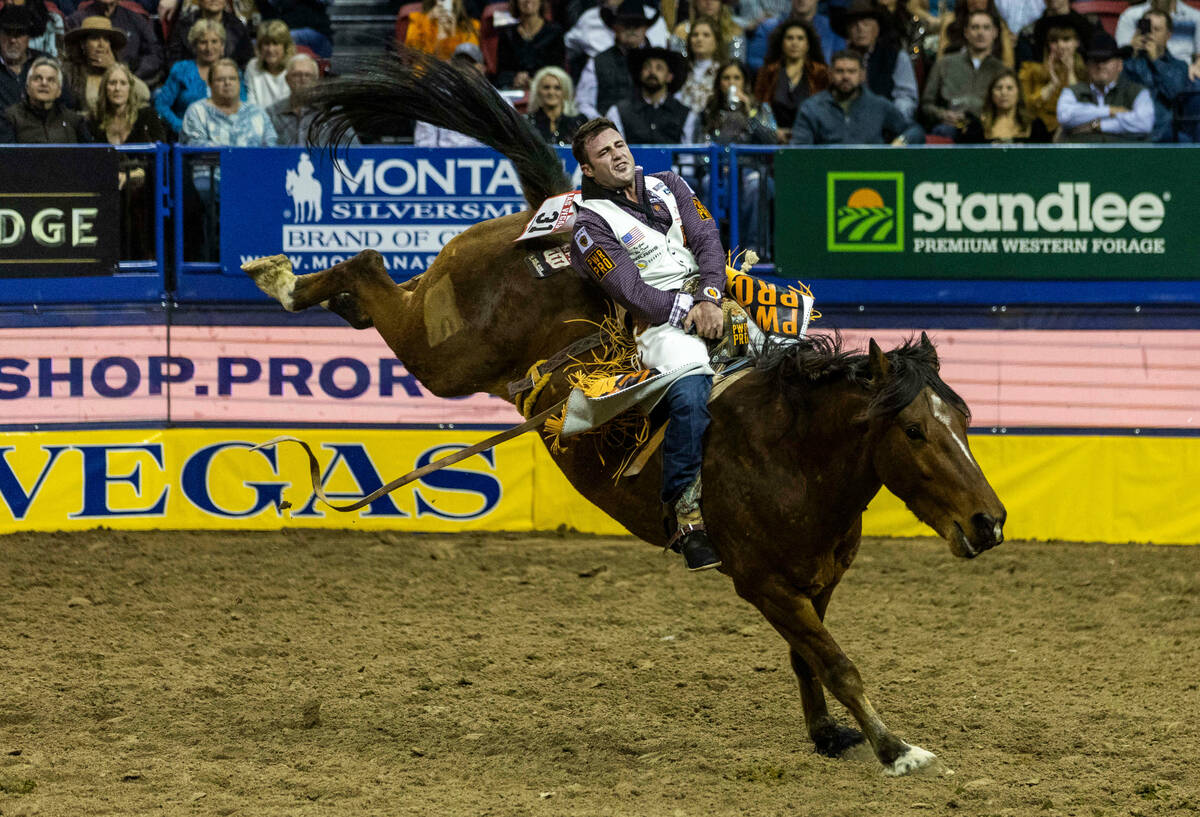 Pro rodeo has always been something of a young man’s sport, as evidenced by the standings heading into this year’s National Finals Rodeo at the Thomas & Mack Center.

No fewer than five of the nine money leaders were still in their 20s.

“These (young) guys take it serious, and they are motivation for me. They are pushing me, pushing my body, pushing my age to the limit,” said Feild, the reigning and unprecedented six-time world champion — and his event’s elder statesmen — before a smile began to form at the corners of his mouth.

“But it’s rewarding when I can get here and show these young punks what’s happening.”

Feild rode Snakey Pro Rodeo & Phenom Genetics’ Bronc Riding Nation to a winning score of 87.5 points on Thursday’s opening night. It was his record 28th NFR go-round win. He failed to place in Friday’s Round 2 that saw Leighton Berry of Weatherford, Texas, — one of the whippersnappers — claim the first-place check with an 86.5-point effort.

“I travel with a young guy, Cole Reiner, and it helps a lot being around his young man’s attitude, the little things that fire him up,” Field said in tipping his hat to the 23-year-old rider from Buffalo, Wyoming, who started the NFR with a narrow lead on second-place Jess Pope atop in rodeo’s classic event.

“I get (complacent) hearing the chutes open and close. But then you look over at that kid, and it’s his first time at a lot of these rodeos. He’s pumped and wound up, and maybe you’re just sitting there, dreaming about something else and not bucking horses,” said Feild, who has climbed from fifth to third in season earnings after just two performances.

But on opening night, his focus was fixed on bucking horses.

“I don’t care who you are or how good you are — when you come to this NFR, you always have jitters, you always have that little buzz and butterflies in your gut,” said the son of two-time world all-around cowboy champion and Pro Rodeo Hall of Famer Lewis Feild.

But as nerves calm over the 10-day run, savvy horsemanship sometimes can overcome a fountain of youth. As it did last year, when the graybeard from Genola, Utah, won three rounds and split first-place money in a fourth on his way to another gold buckle presentation.

The riders have no control over the broncs they are assigned, so sometimes “you have to ride each horse for what they are and wow the judges,” Feild said. He agreed that it’s sort of like in NASCAR, where drivers often speak of having a 10th-place car and driving it to a top-five finish.

“Everybody rides bucking horses different, so a guy who has horsemanship can usually pick a horse up,” Feild said. “Here in Las Vegas, having it out on the edge, staying in control and helping the horse is an art.

“I feel like I can do it five out of the 10 times. Strong mark out, strong finish. Your preparation takes care of everything between the first jump and the last jump.”

There’s still a lot of rodeo to go before the gold buckles are handed out. But that should give those whippersnappers something to think about in the meantime.