If you are having problems accessing today’s e-Edition, please click on this link VIEW E-EDITION
NFR Preps Livestock for the Limelight (Ben Hager/Las Vegas Review-Journal) 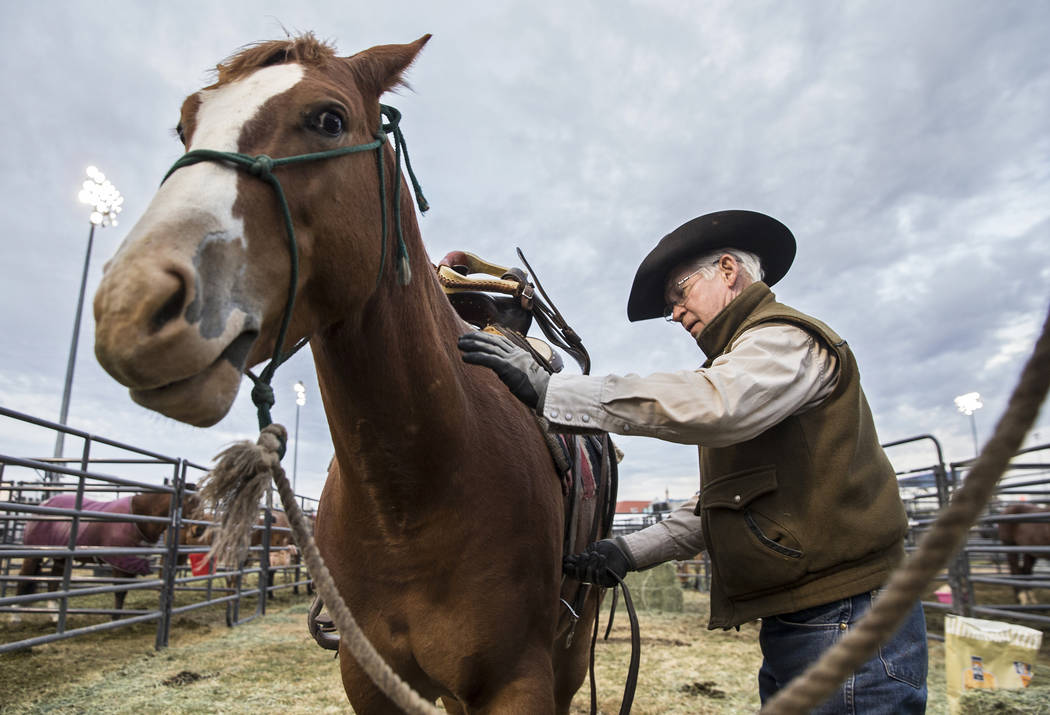 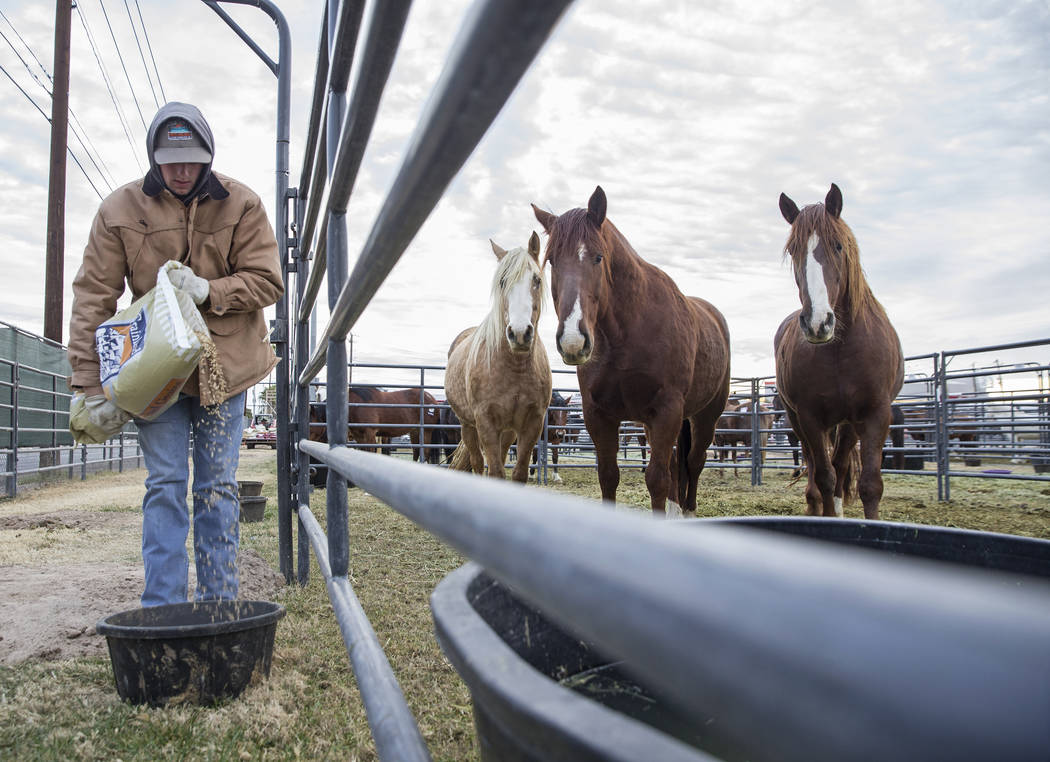 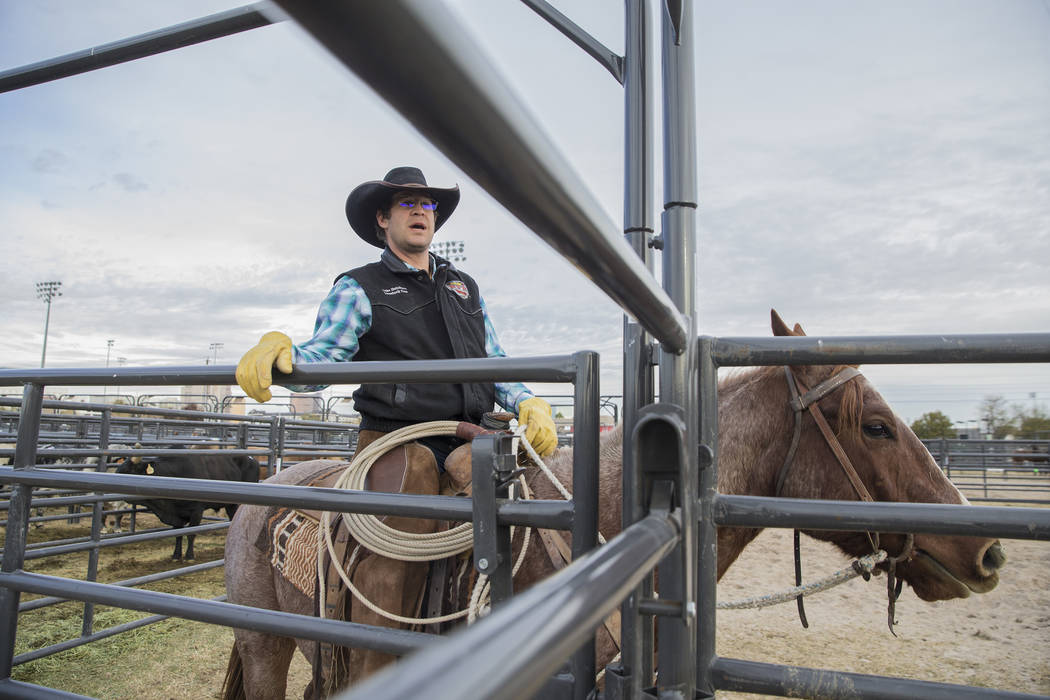 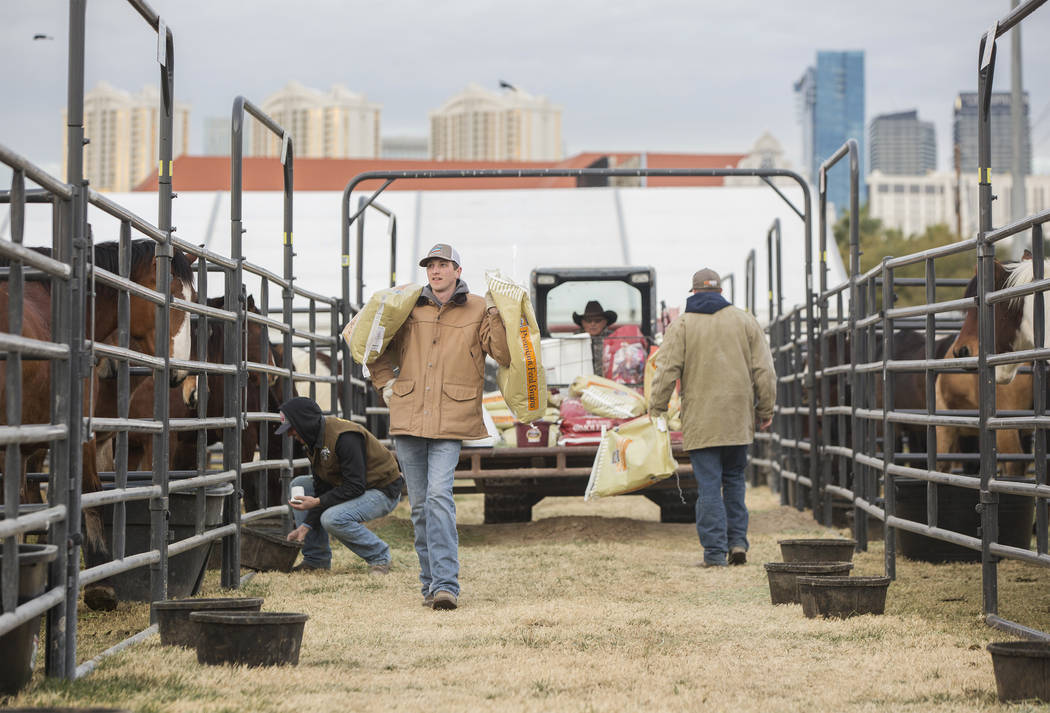 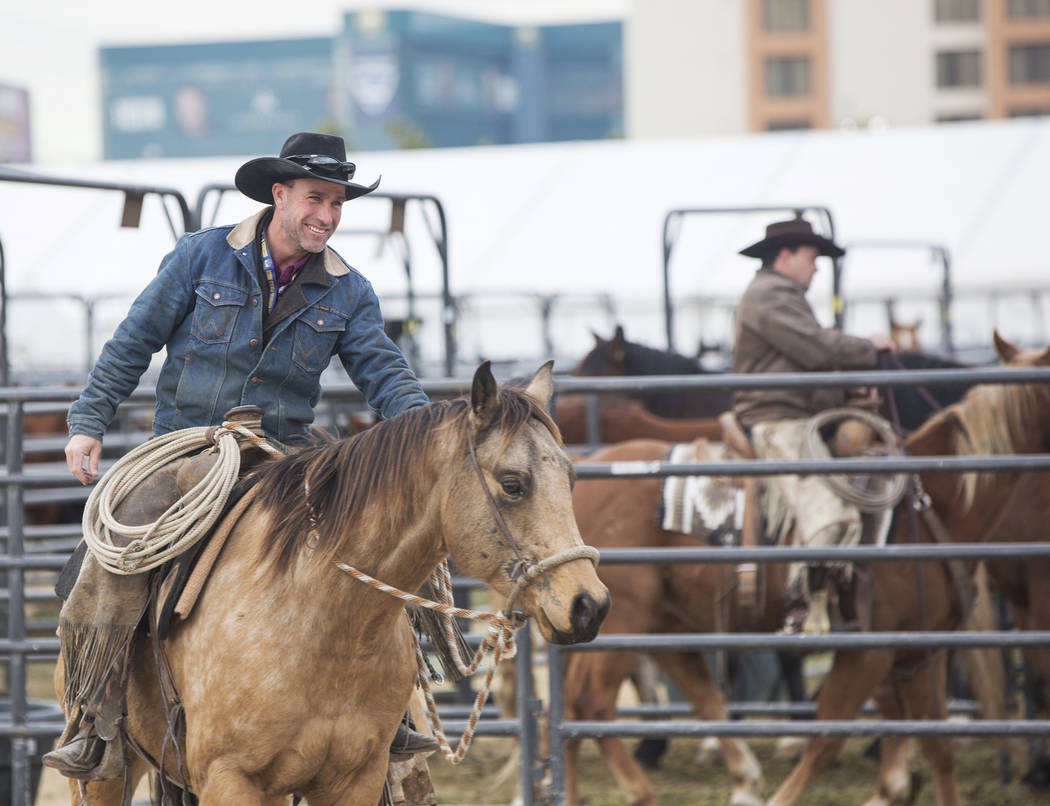 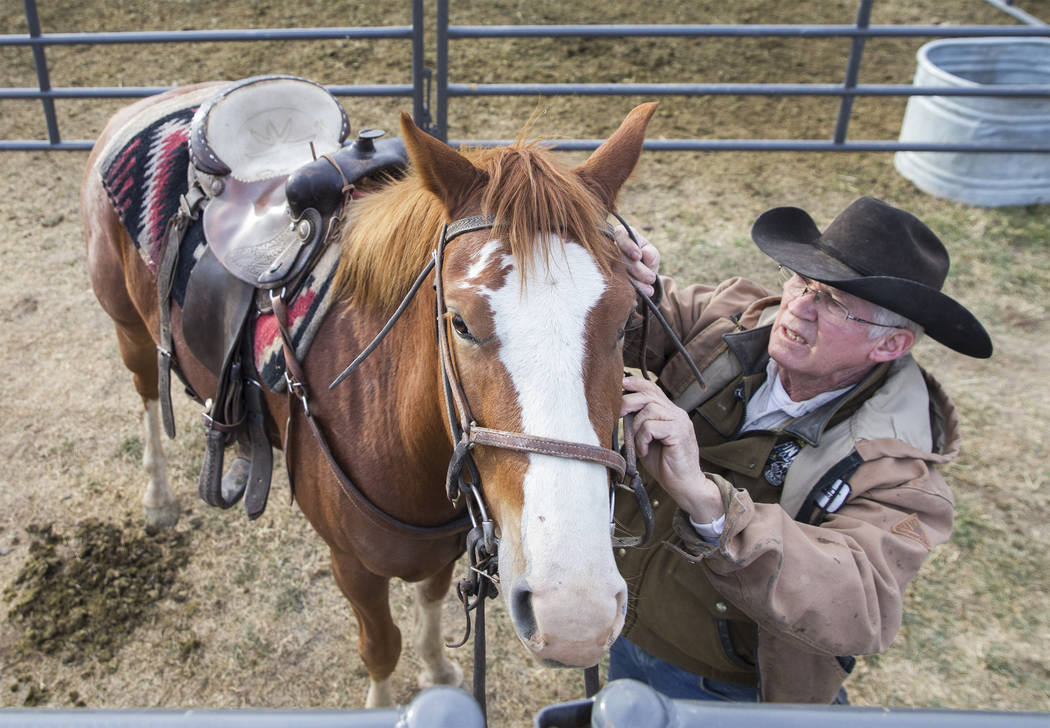 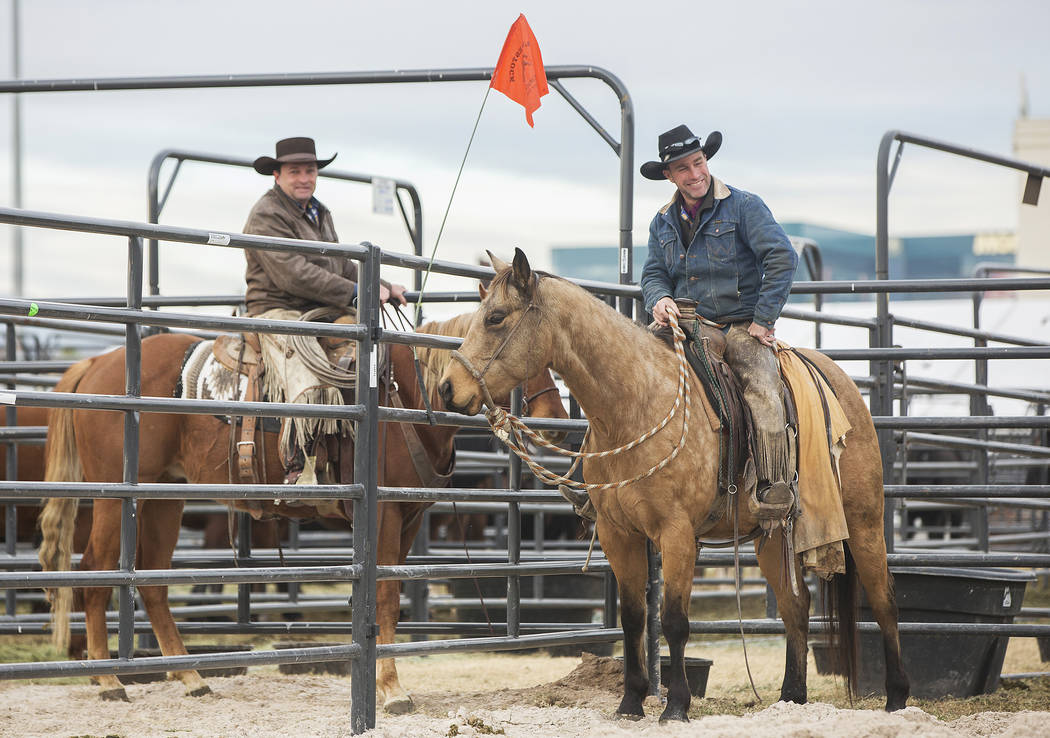 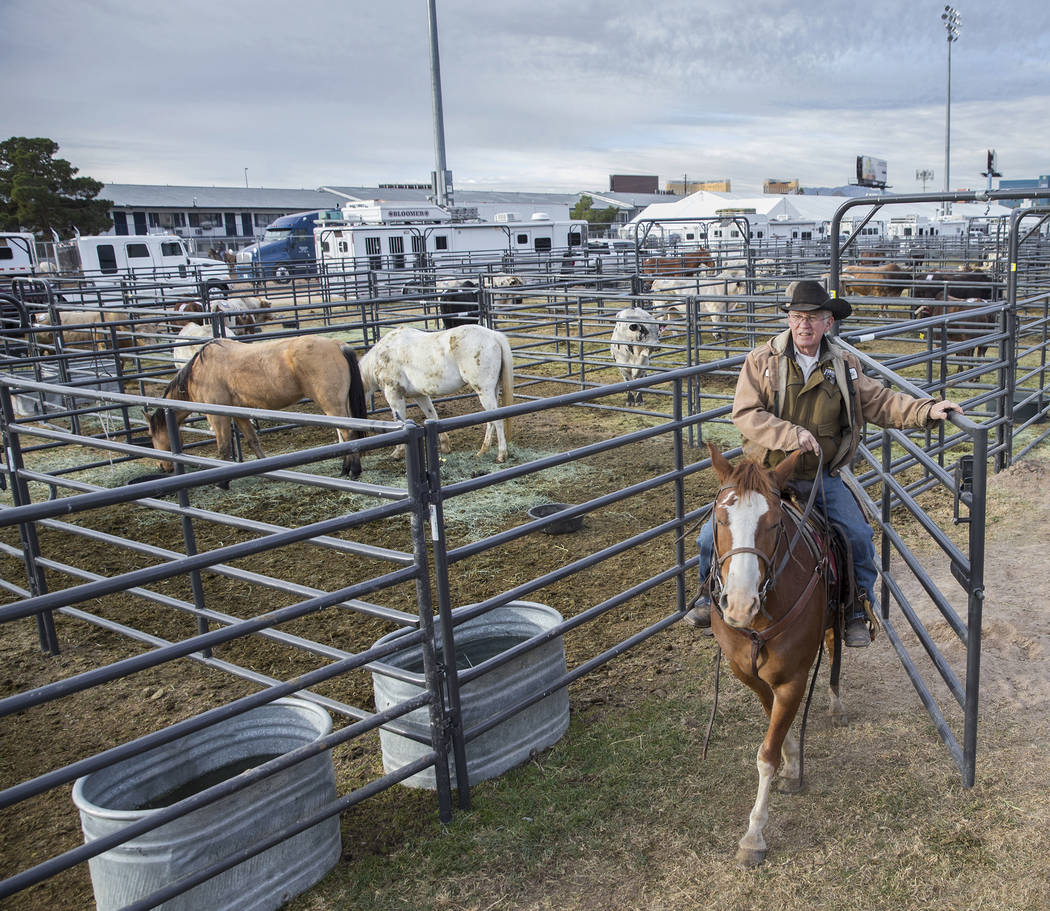 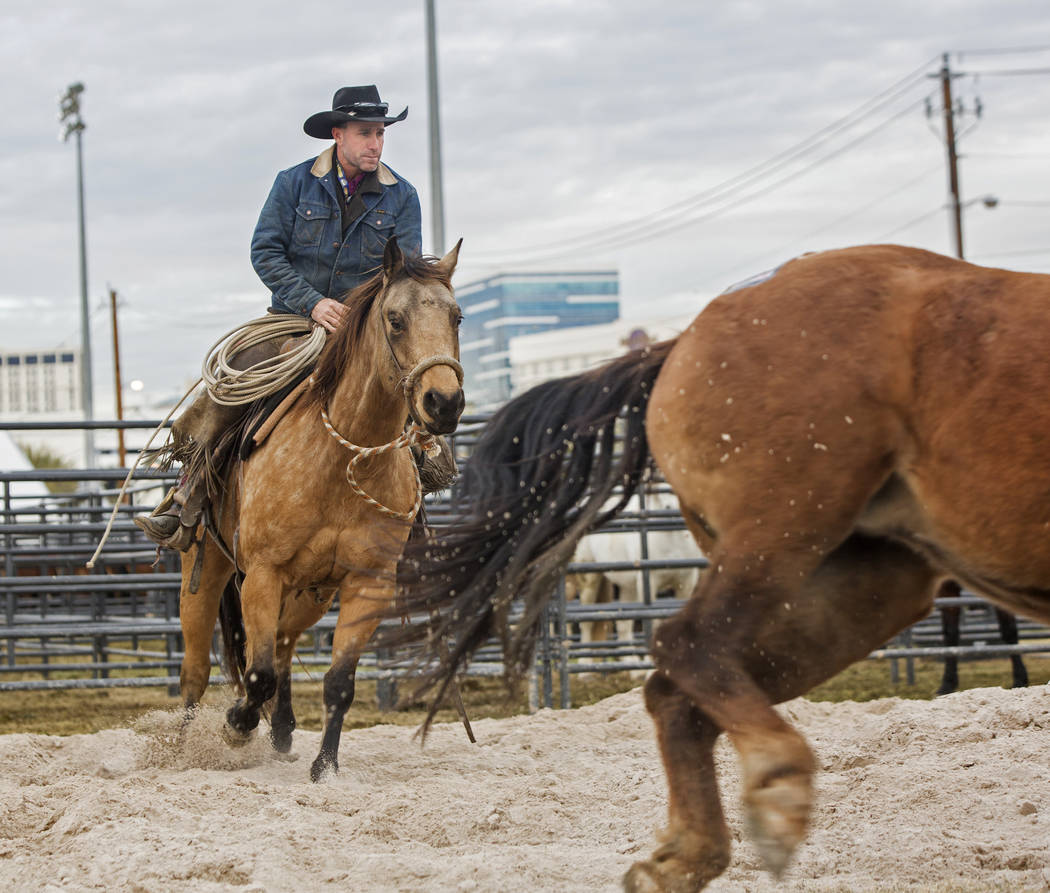 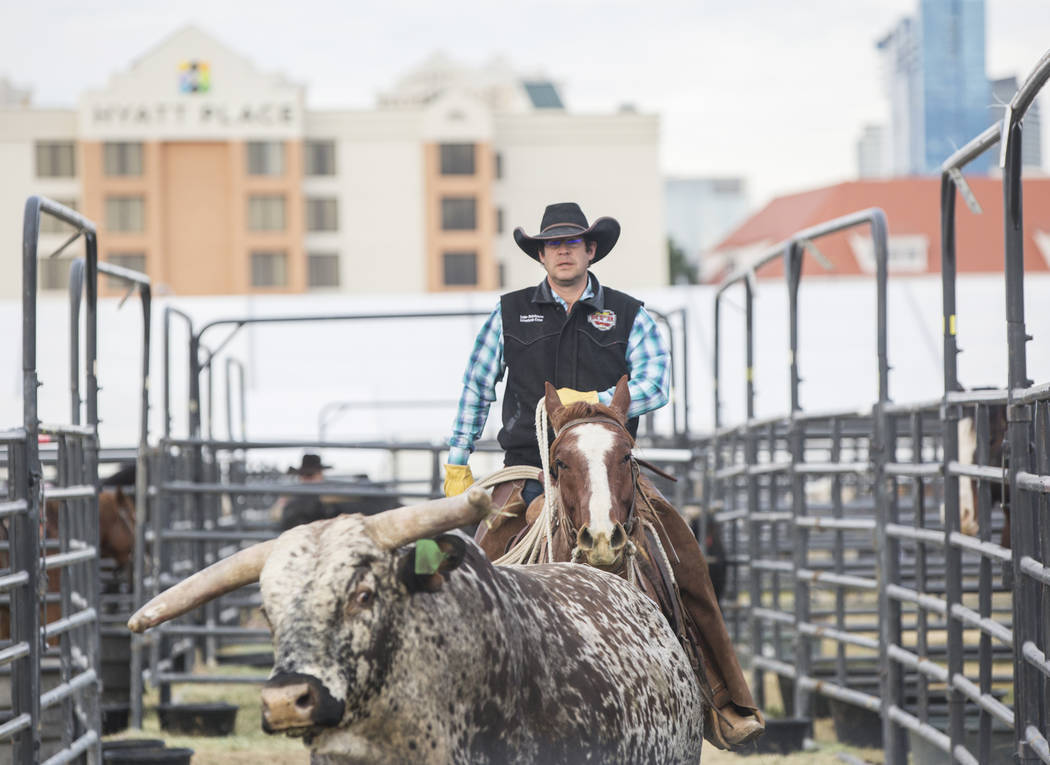 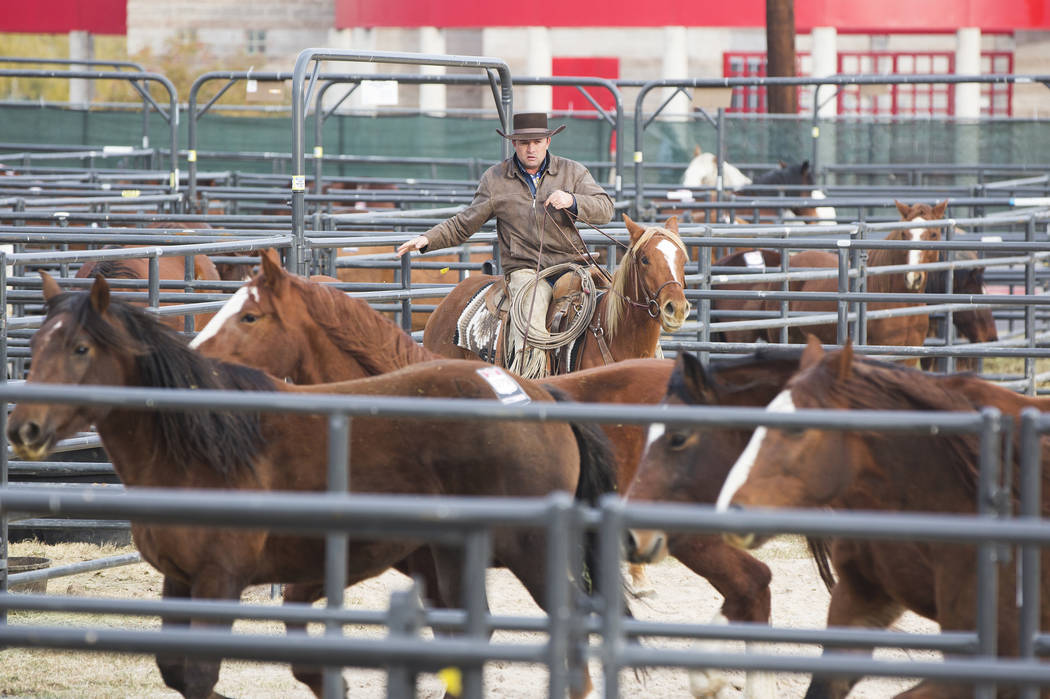 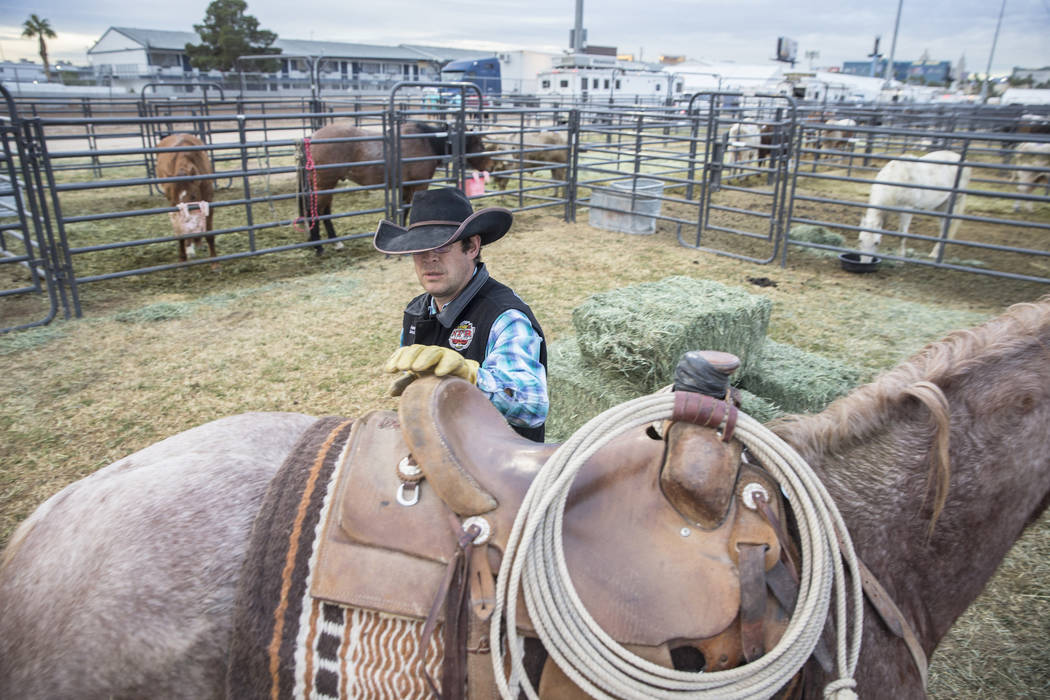 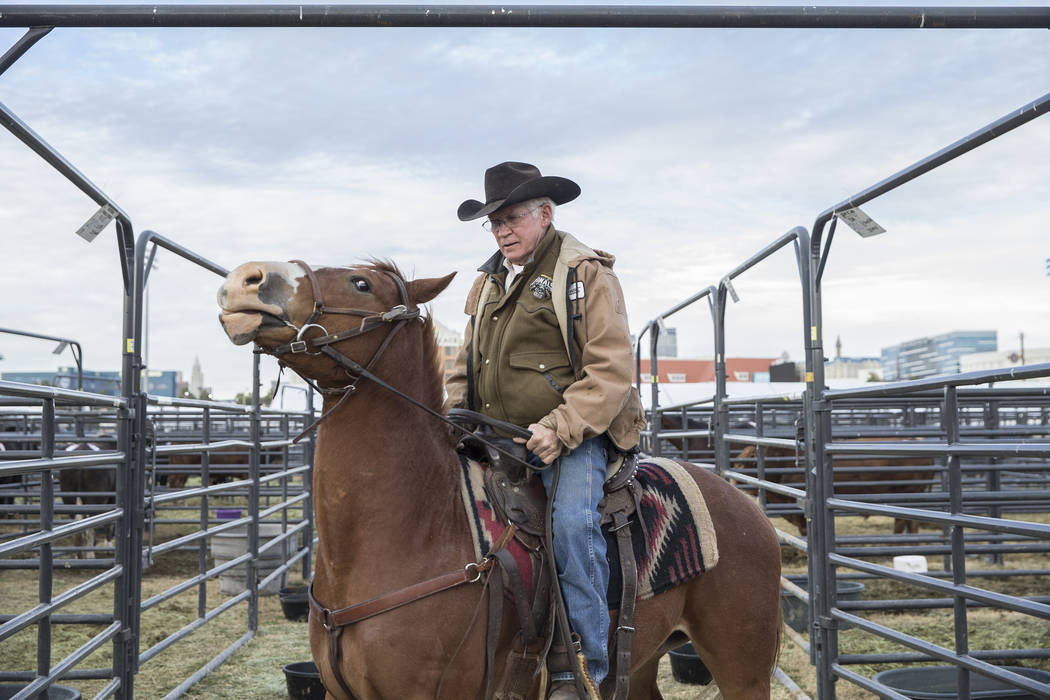 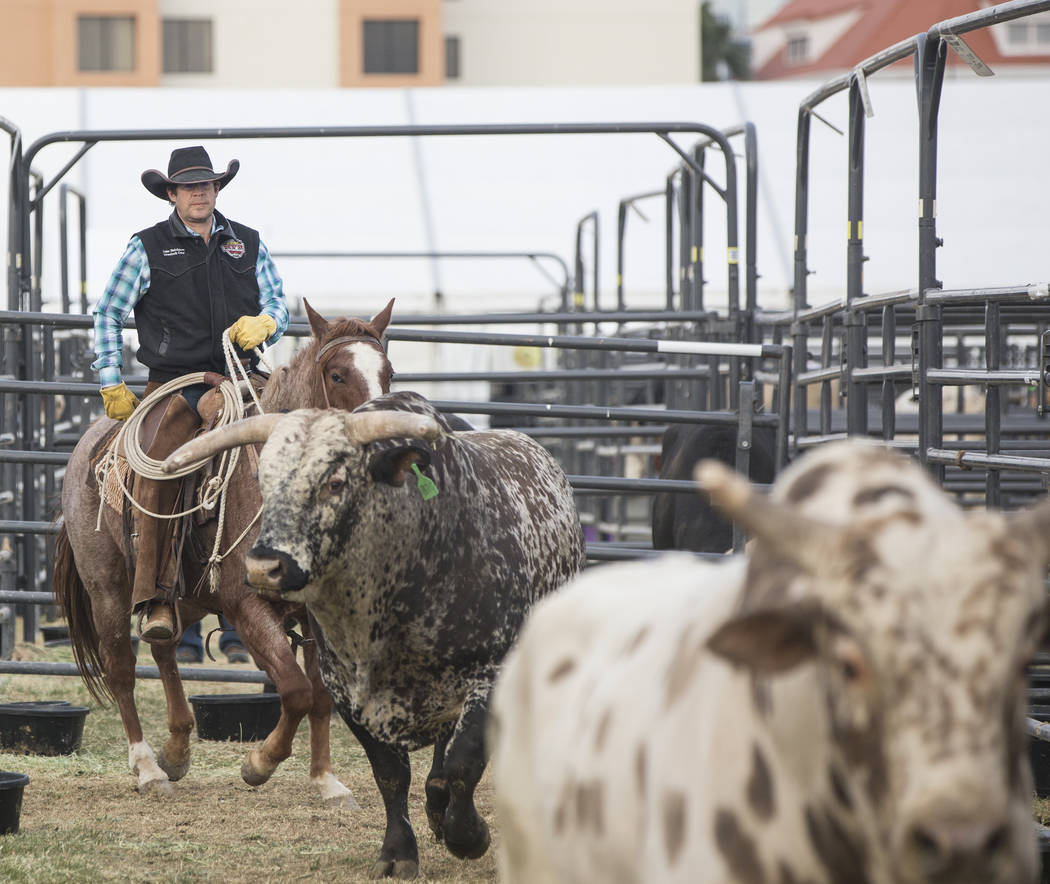 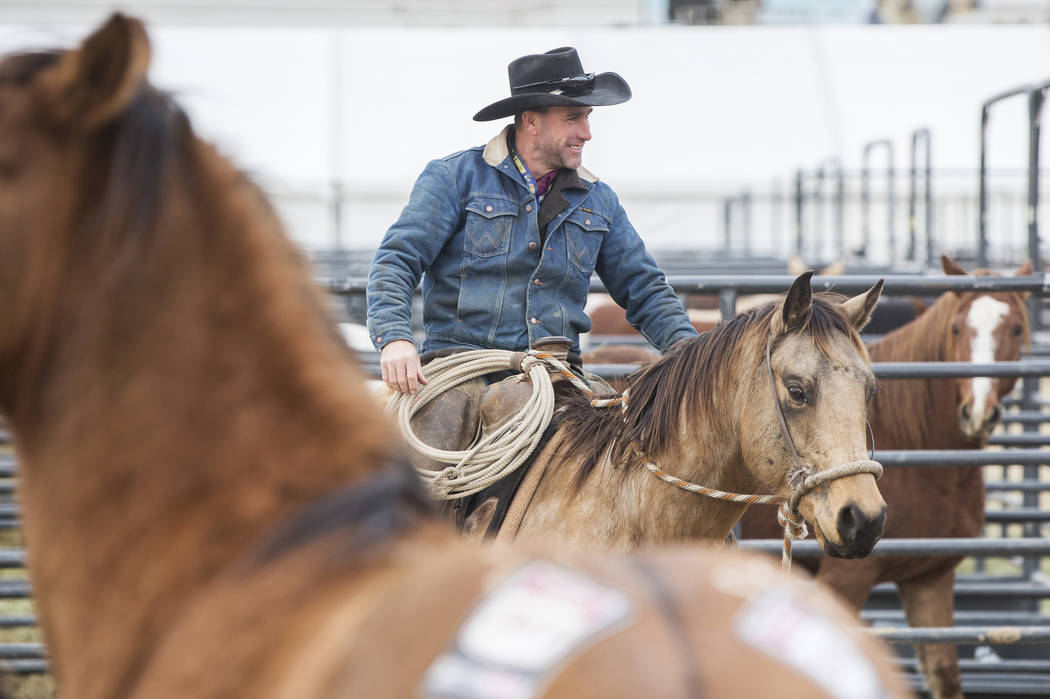 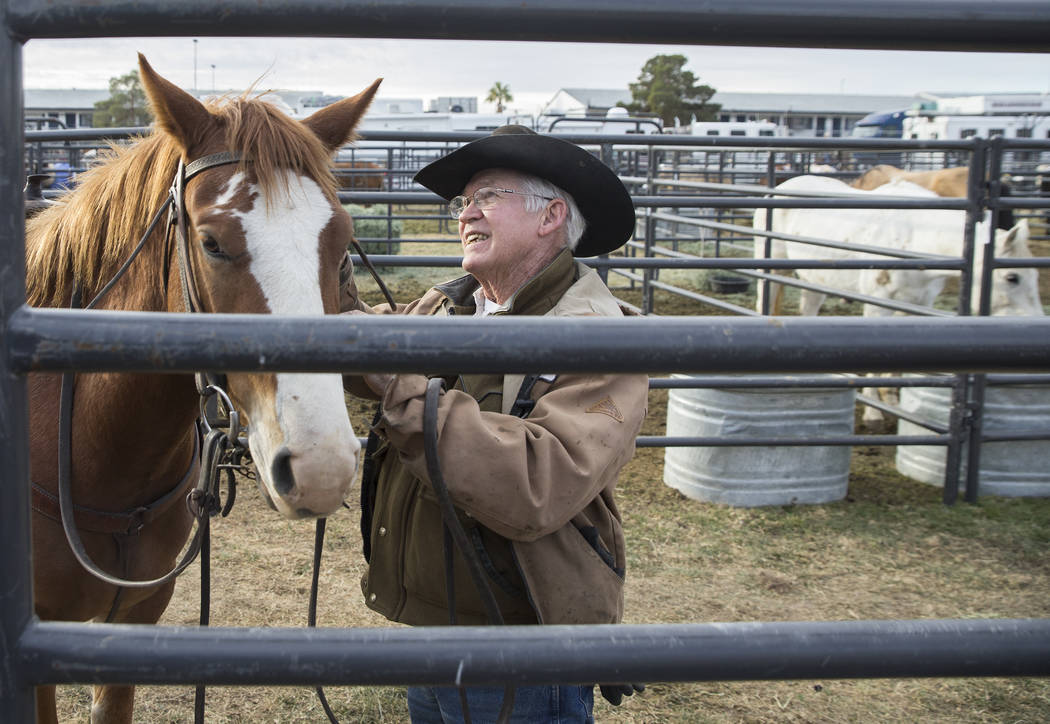 Make way for the big hats and cowboy boots.

The Wrangler National Finals Rodeo rides into town Thursday for 10 nights of competition to determine the best riders, ropers and all-around-best cowboys and cowgirls in the country.

It happens at the time of year around the holidays when Southern Nevada resorts once performed annual maintenance projects, closed showrooms and gave employees time off.

Now, for some properties, it’s the busiest time of the year.

South Point owner Michael Gaughan was one of the early believers that Las Vegas would be the perfect home for what is considered the “Super Bowl of rodeo.” He was part of a group of cowboy lifestyle fans that convinced the Professional Rodeo Cowboys Association to move the event to Las Vegas from Oklahoma City in 1985.

Since that move, NFR’s popularity has exploded, drawing more and more fans to Southern Nevada, even though most people who come can’t even get tickets to the sold-out rodeo performances at the Thomas &Mack Center.

The LVCVA officially forecasts 170,750 attendees for the 2018 NFR, but that just covers the full house at the Thomas &Mack for 10 performances. The conservative economic impact estimate is $113 million.

Las Vegas Events, the special-events arm of the Las Vegas Convention and Visitors Authority, uses the rodeo as the signature-event model for how to grow participation, visitation and spending with spinoff activities related to the main attraction.

“There’s so much for everybody to do throughout the city,” said Lisa Motley, who formerly worked for Las Vegas Events and is now the LVCVA’s director of sports marketing and special events.

Various casinos will host viewing parties with broadcasts of the rodeo sessions. Other rodeo-related activities will include the Miss Rodeo America Pageant; the World Series of Team Roping, a competition for headers and heelers at the South Point Equestrian Center; All In Barrel Racing at The Orleans Arena; Cowboy Christmas and other gift shows across the valley; a kickoff hoedown in downtown Las Vegas; and the nation’s top country music performing acts in showrooms across the valley.

“We’ve got 20-plus viewing parties at all the hotel properties and they turn the race and sportsbooks into country havens to watch the rodeo and be with like-minded people and they do the afterparties,” Motley said. “The Mirage does a great job turning its race and sportsbook into a nightclub.”

NFR is continuing to expand, both geographically and in demographic reach.

While the benefits of NFR are spread all over town, South Point may be the property that draws the most attention since not only are its rooms filled with rodeo participants and fans, but it’s also a hotel for horses and livestock.

“At South Point, we’re country all year long because we have an equestrian center,” Growney said.

Crowds are drawn to the property because gold buckles from each evening’s rodeo performance are presented there in the Montana Silversmith Go-Round Buckle Presentation on all but the final night of competition. That gives fans the opportunity to meet and greet the night’s winning participants.

Growney said the casino has a raucous atmosphere at rodeo time. Horse troughs filled with ice-cold beer are located throughout the casino floor. During the two weeks of the rodeo, South Point opens 12 additional blackjack tables to accommodate cowboys’ and cowgirls’ propensity to gamble.

‘Packed to the rafters’

“This place is packed to the rafters, but it’s so much fun and they’re such wonderful people, we enjoy the heck out of it,” Growney said.

“Four years ago, there would be a two-hour wait to get into the Silverado Steakhouse because cowboys like steak and potatoes, but you could walk into Don Vito’s and sit down and eat Italian food because the place was half empty,” Growney said. “We said, ‘This is ridiculous, we’re wasting a lot of space and a lot of seats.’”

But luckily, Silverado and Don Vito’s are right next door to each other and the kitchens, while separate, are connected.

“We just duplicated the Silverado menu and put it in Don Vito’s, so we call it Don Vito’s Steakhouse,” he said.

Growney knows rodeo time is a fan favorite for his guests.