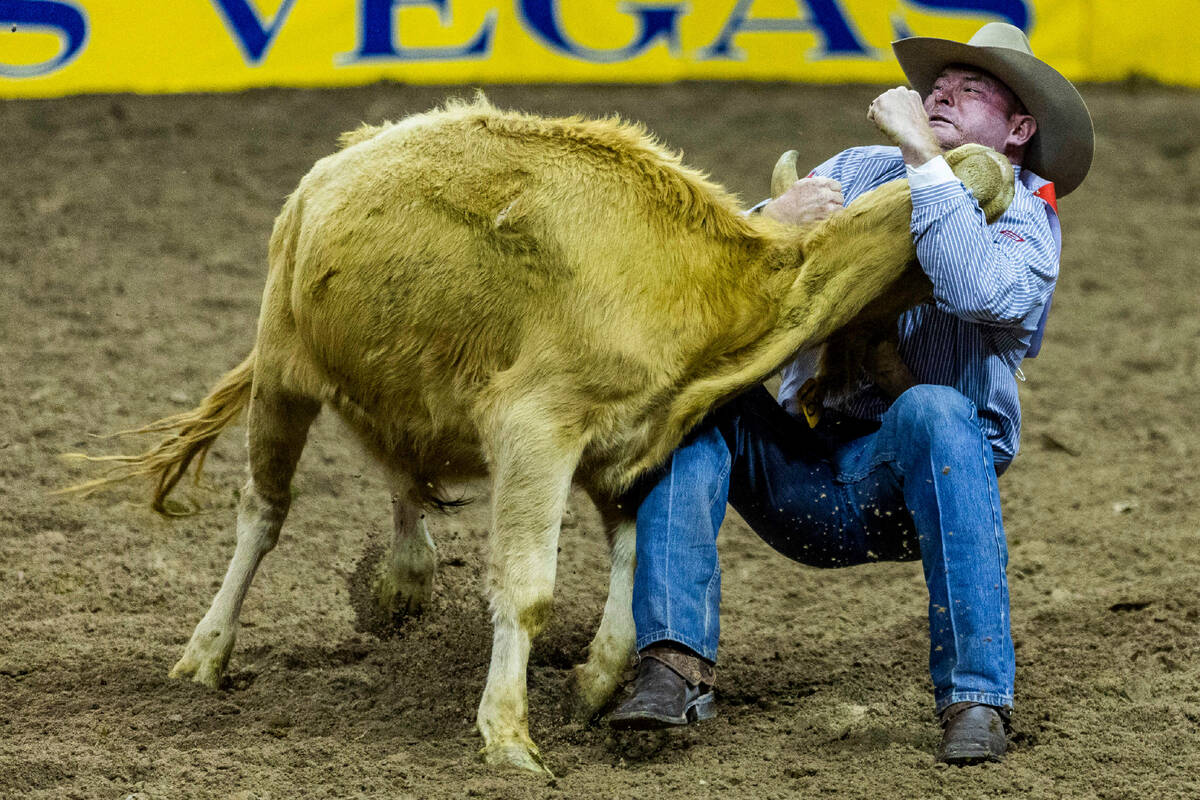 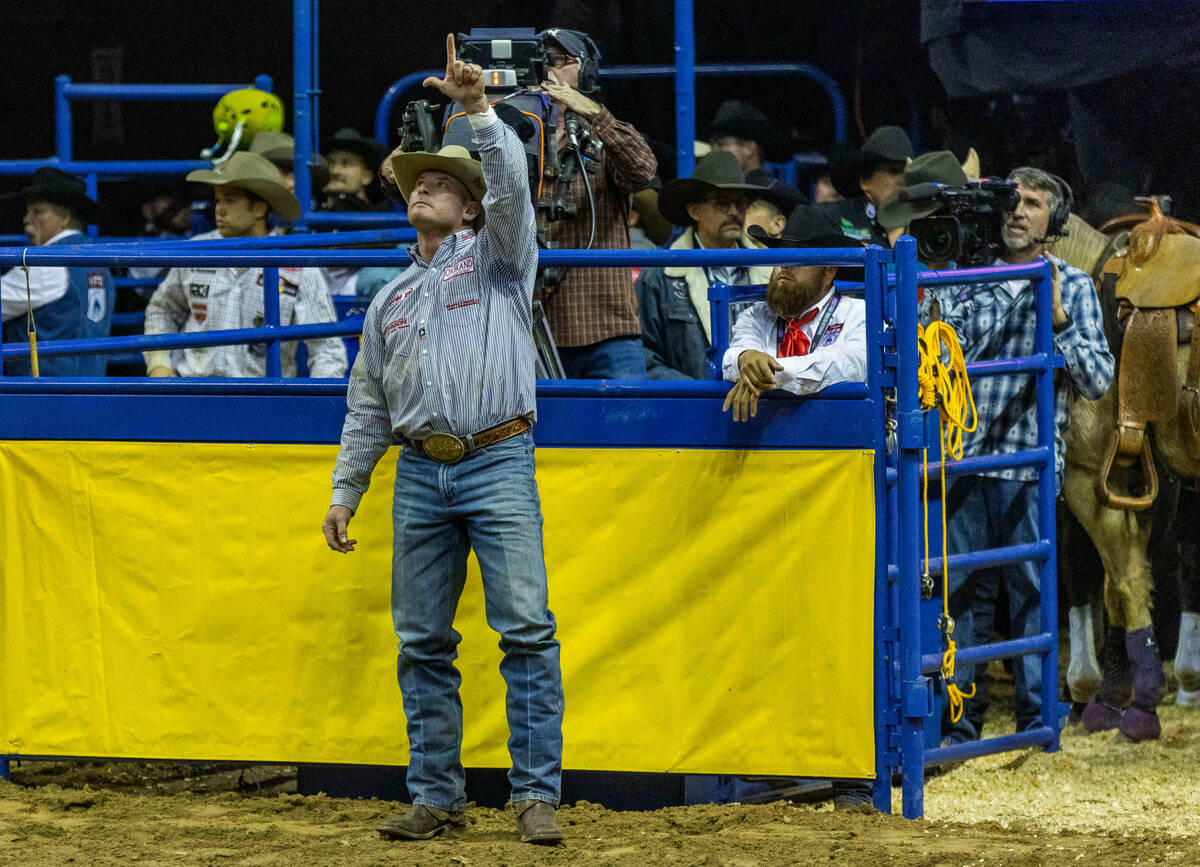 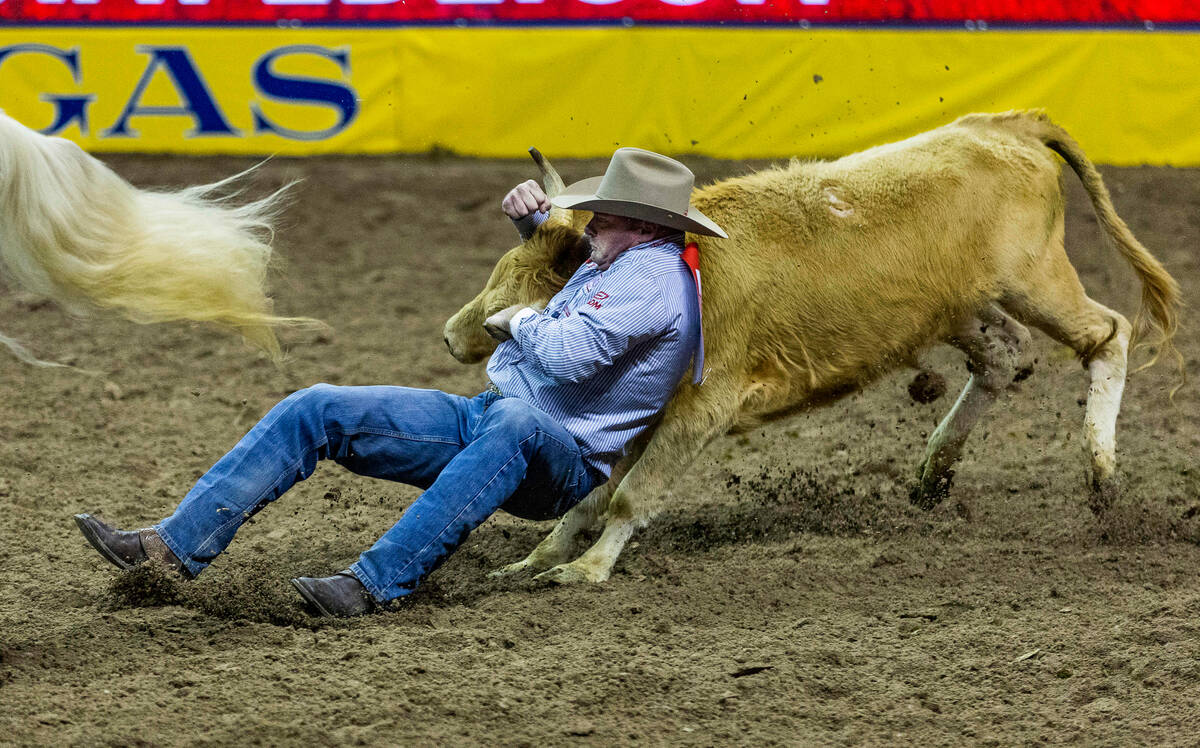 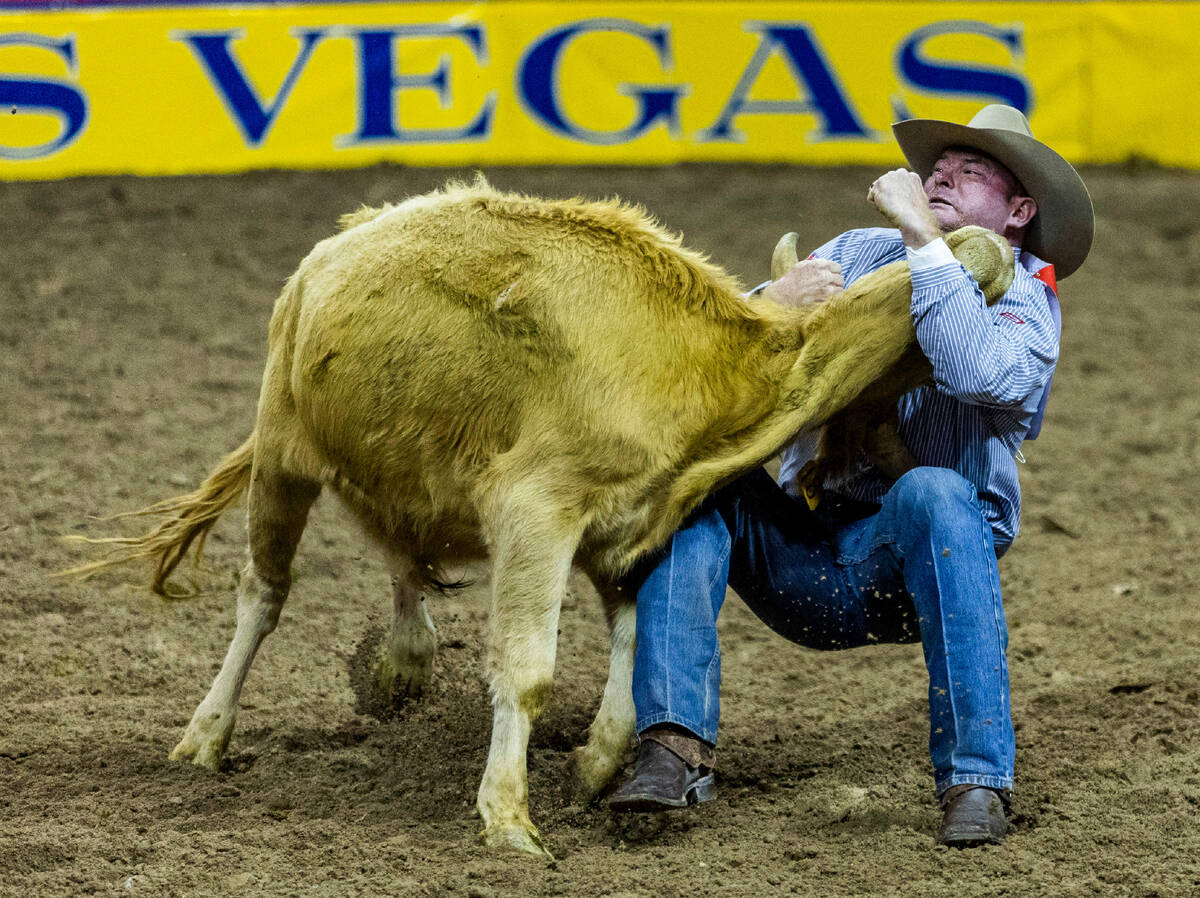 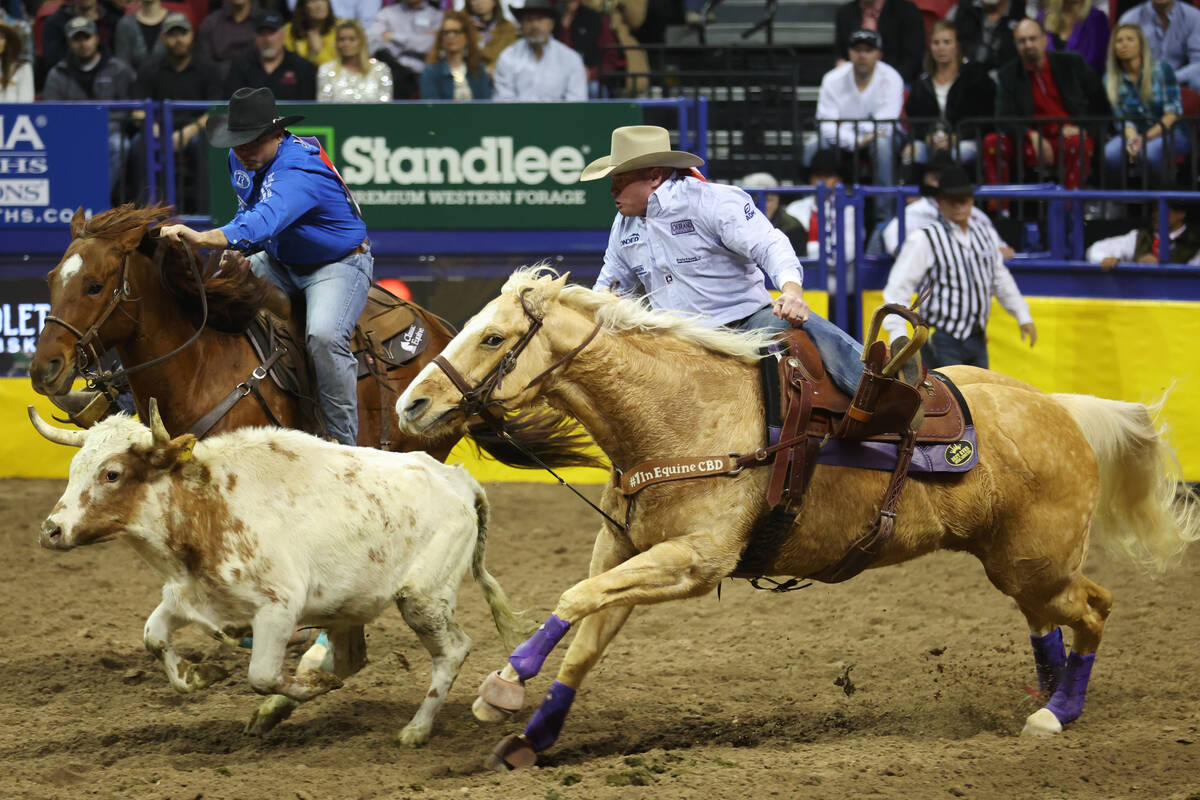 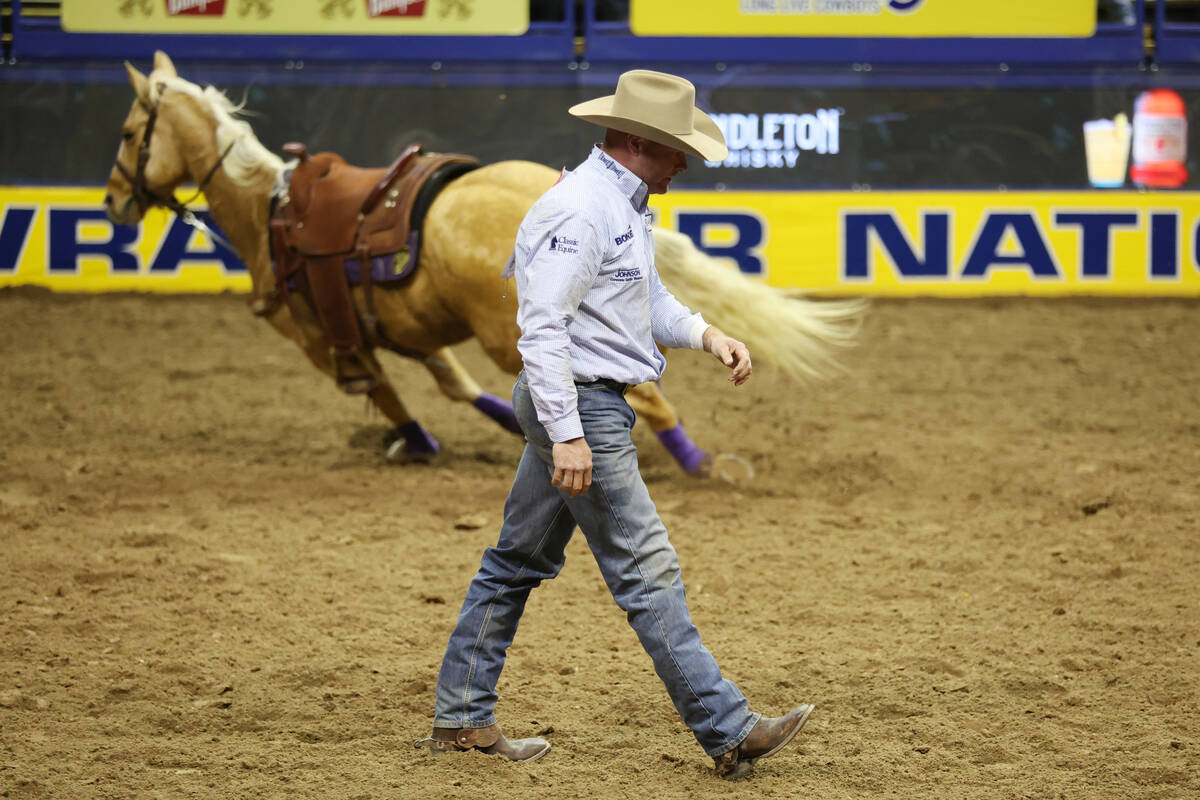 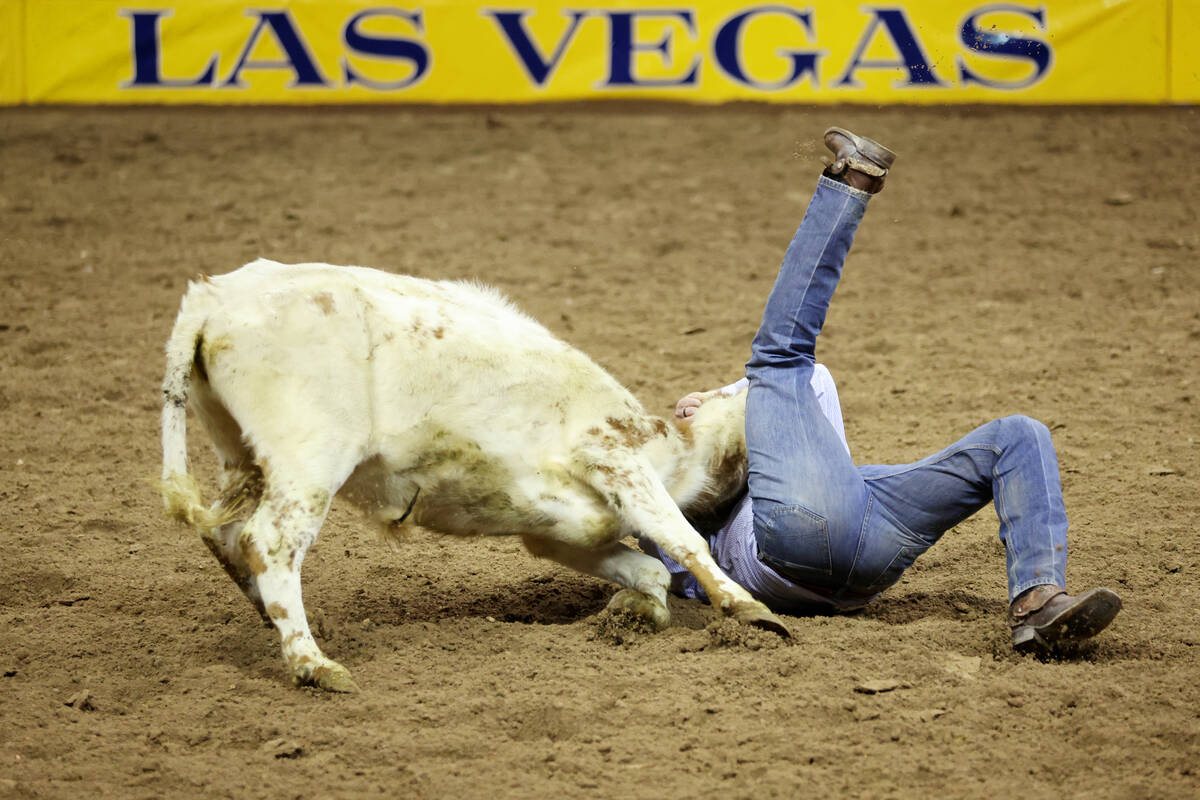 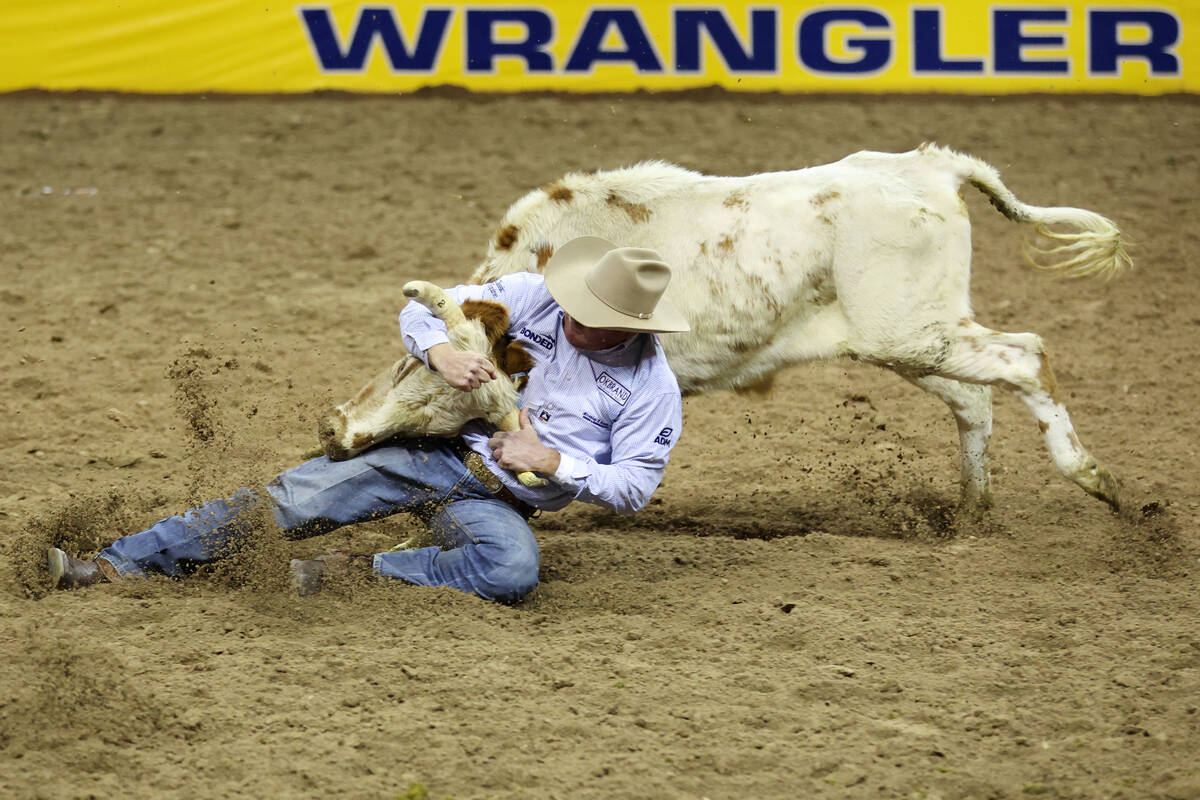 It was a wake-up call that a rodeo cowboy never wants to get.

On Jan. 31, 2021, Hunter Cure was knocked unconscious when he was hazing for a fellow steer wrestler (assisting him) during a rodeo in Sulphur, Louisiana.

It was 20 minutes later when an ambulance pulled into the arena.

“The sirens woke me up,” Cure said. “Luke Branquinho (the since retired five-time world steer wrestling champion) had six guys holding me down because he thought I would get up swinging.”

Cure got up swinging in a figurative sense during Round 2 of the National Finals Rodeo at the Thomas &Mack Center Friday night with a winning time of 3.7 seconds. A championship career that once appeared over in the Louisiana red clay had risen from the dust.

The wreck and concussion left Cure, 39, in such a prolonged haze that he was contemplating retirement when he arrived at RodeoHouston in March.

Winning the prestigious event was the furthest thing from his mind. The idea was to showcase his horses, Player and Zoom, so he could sell them.

He won the rodeo and $50,000. The big bonanza provided such a jump-start on his 2022 season that Cure was able to qualify for his sixth National Finals Rodeo despite a reduced schedule.

He started the NFR in fifth place with season earnings of $109,529. After failing to place on Thursday’s opening night, Friday’s victory added $28,913 to his bottom line and momentarily bumped Cure to second in the world and fourth in the NFR average, which pays another $74,000 and change after the 10 performances.

He missed cashing another check by two-tenths of a second Saturday night and slipped back to fifth in total earnings, which is fairly common in the early rounds in Las Vegas when the standings often flip-flop.

“It’s good to know early in the week that I can still hang with the younger man,” the husky cowboy said of his pursuit of 29-year-old championship leader Stetson Jorgensen, who has gotten his NFR off to a red-hot start with placings of third, second and first.

“I feel like the older you get in bulldogging, the more you feel that you have the edge over the younger man,” Cure said. “There’s the mental fortitude that goes along with age and experience and a little bit of gray hair with the hair that’s not there anymore.”

But the former college champion at Texas Tech said it’s also apparent that steer wrestling and pro rodeo in general is evolving, making it more difficult for a veteran closing in on his 40th birthday to remain competitive.

“I feel like in the beginning of my career, there were cowboys (imitating) athletes to do my event,” he said. “Anymore, I feel like we are athletes being cowboys. The transition of genetics and physical fitness and nutrition all play a part.”

But one thing Cure says hasn’t changed and probably never will change is the thrill of winning a performance on pro rodeo’s biggest stage.

“Knowing this is far closer to the beginning than the end gives every victory a little more brown sugar on top,” he said.