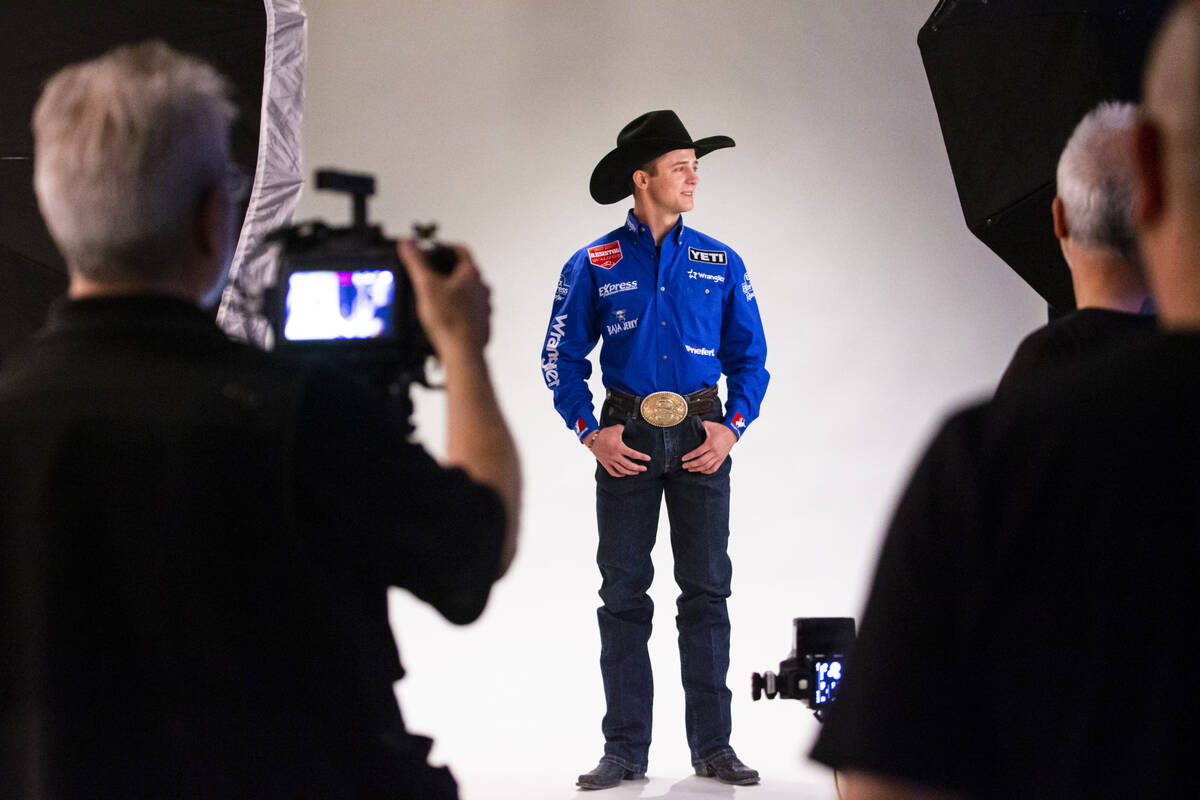 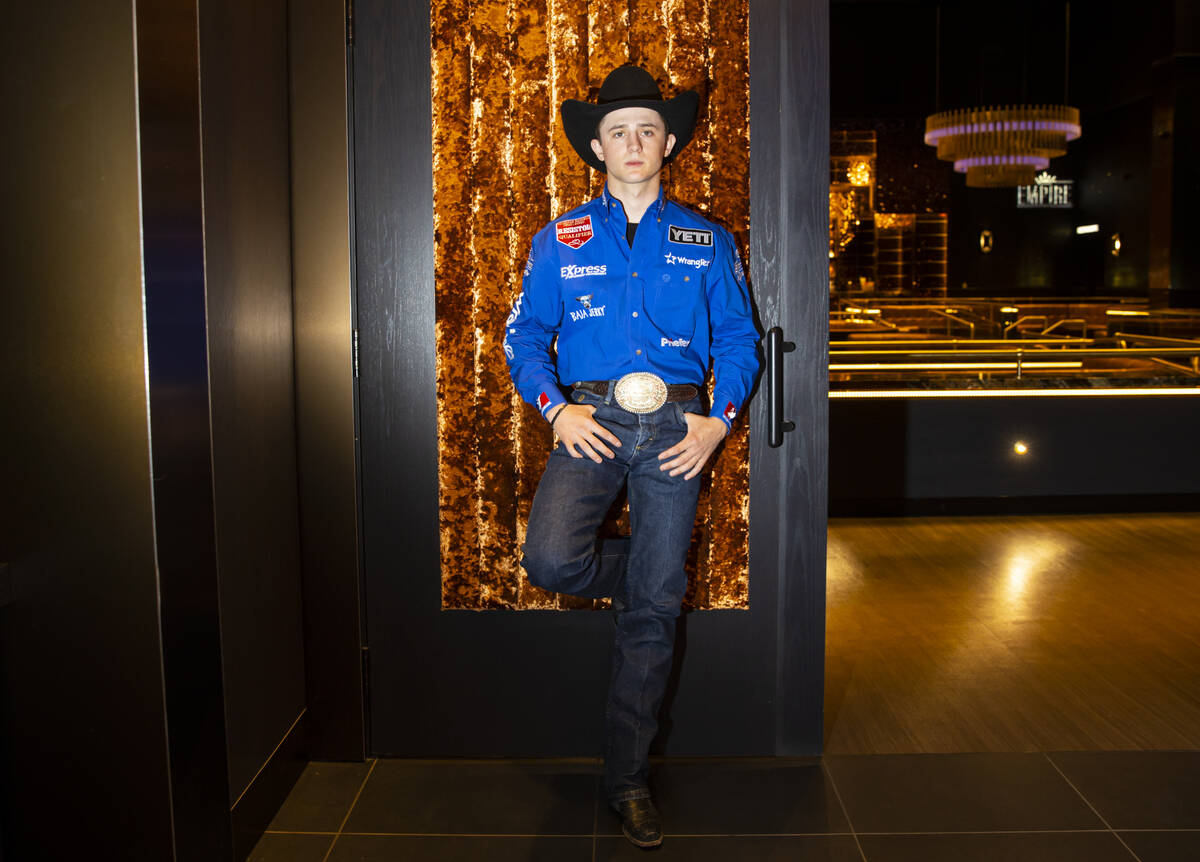 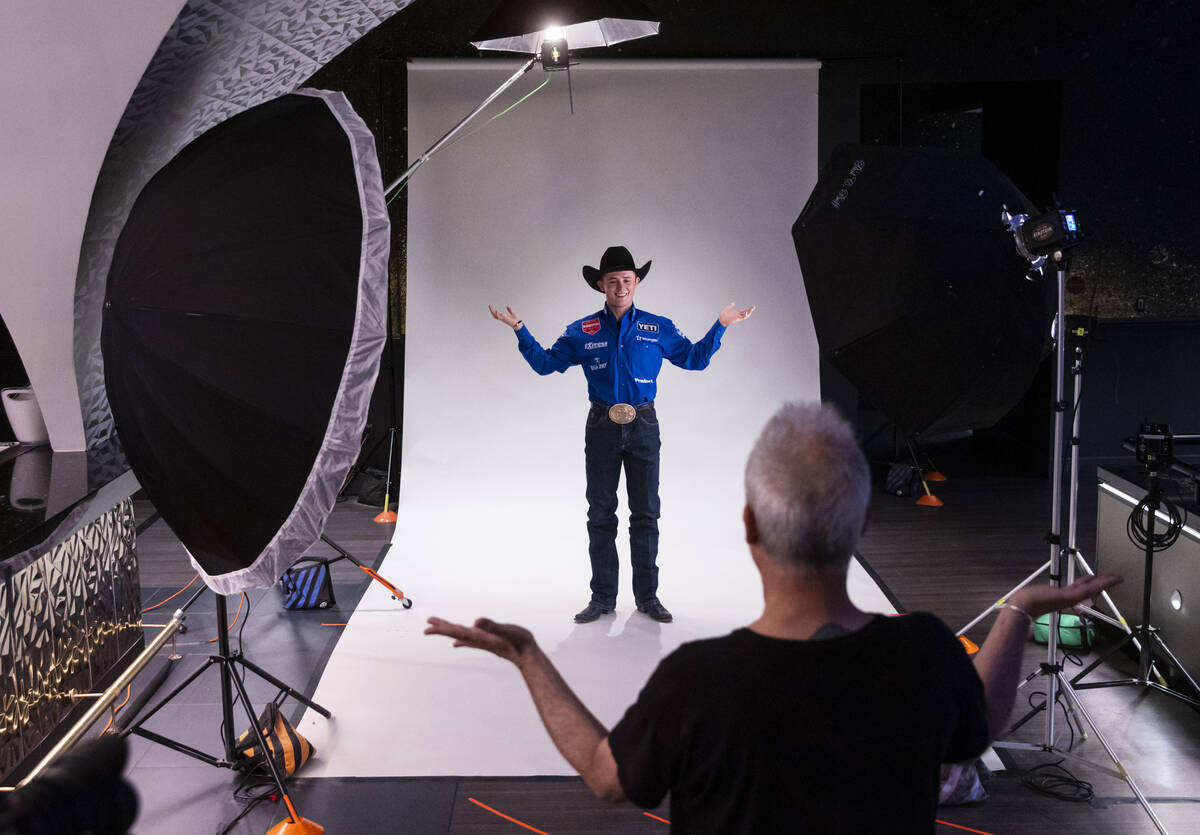 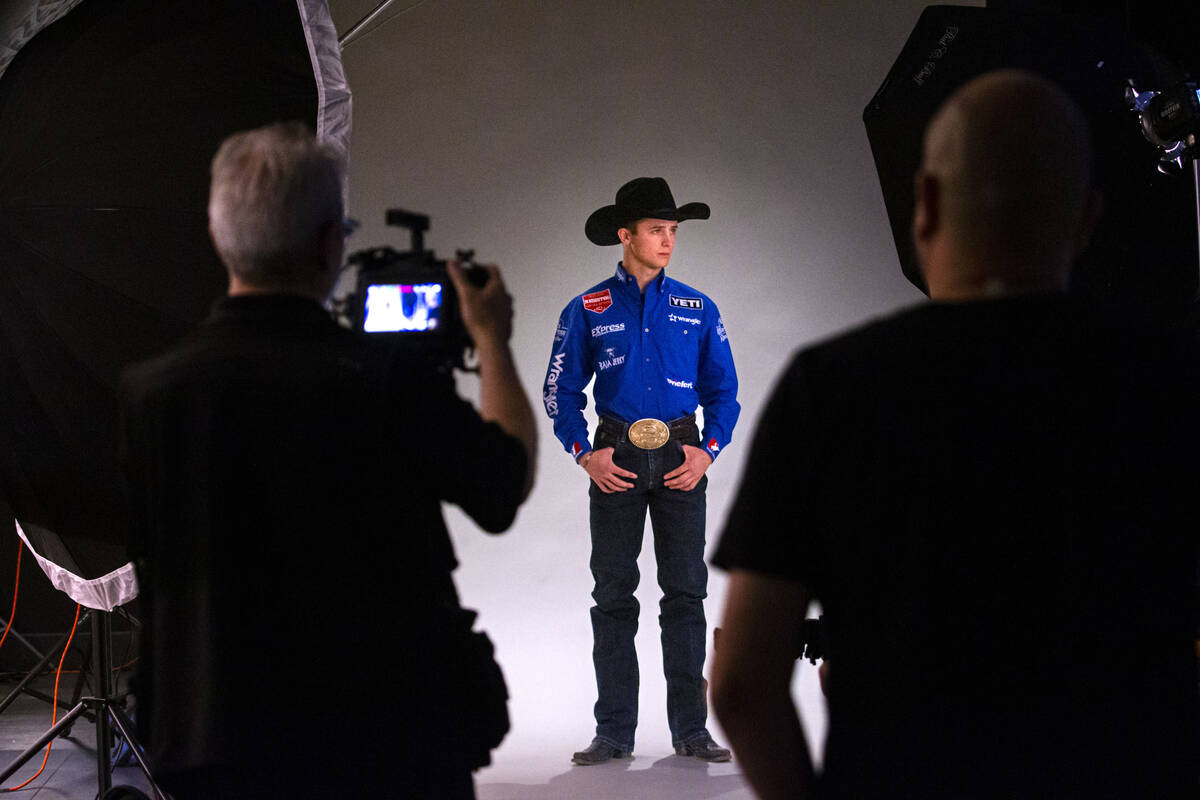 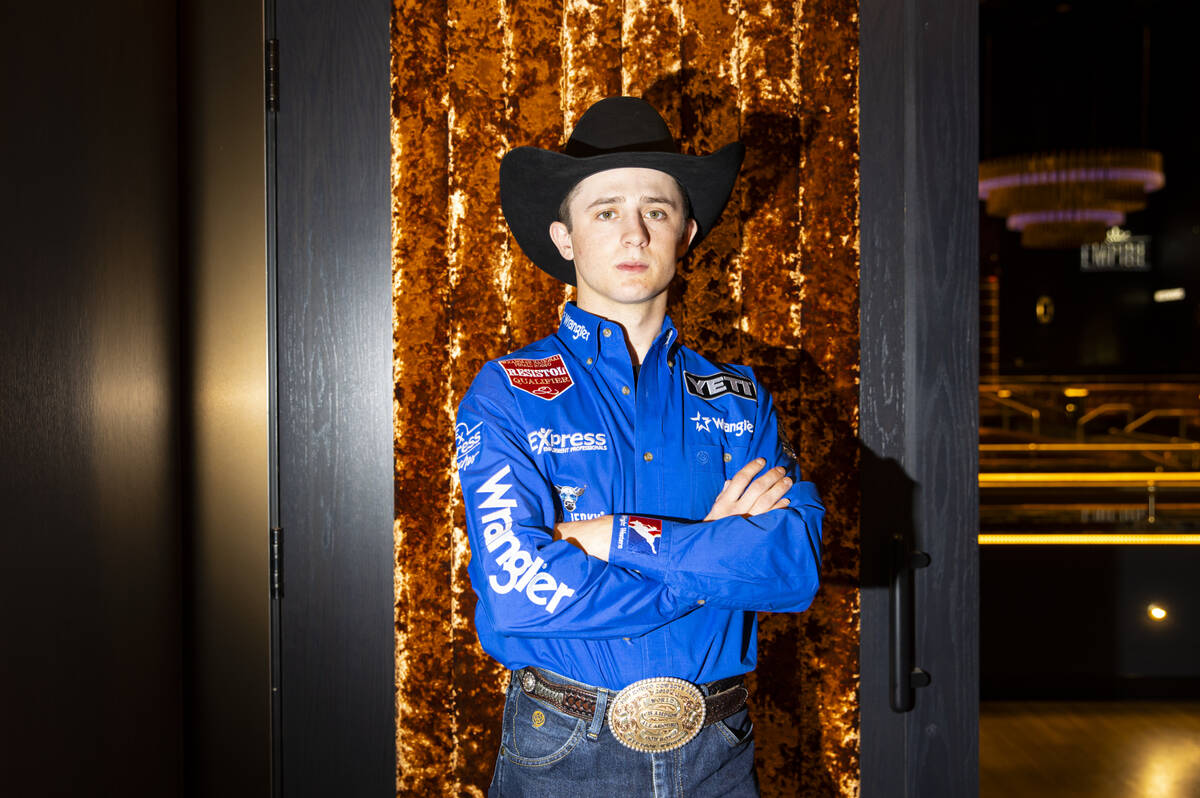 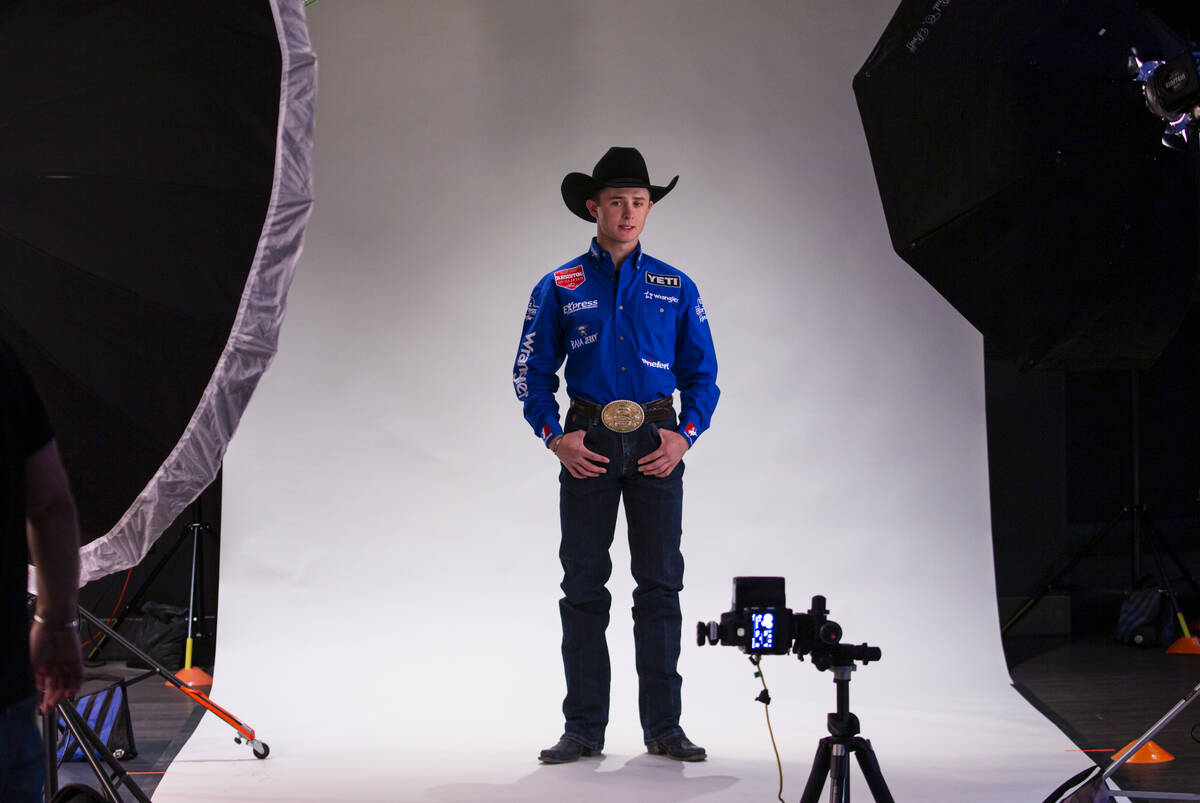 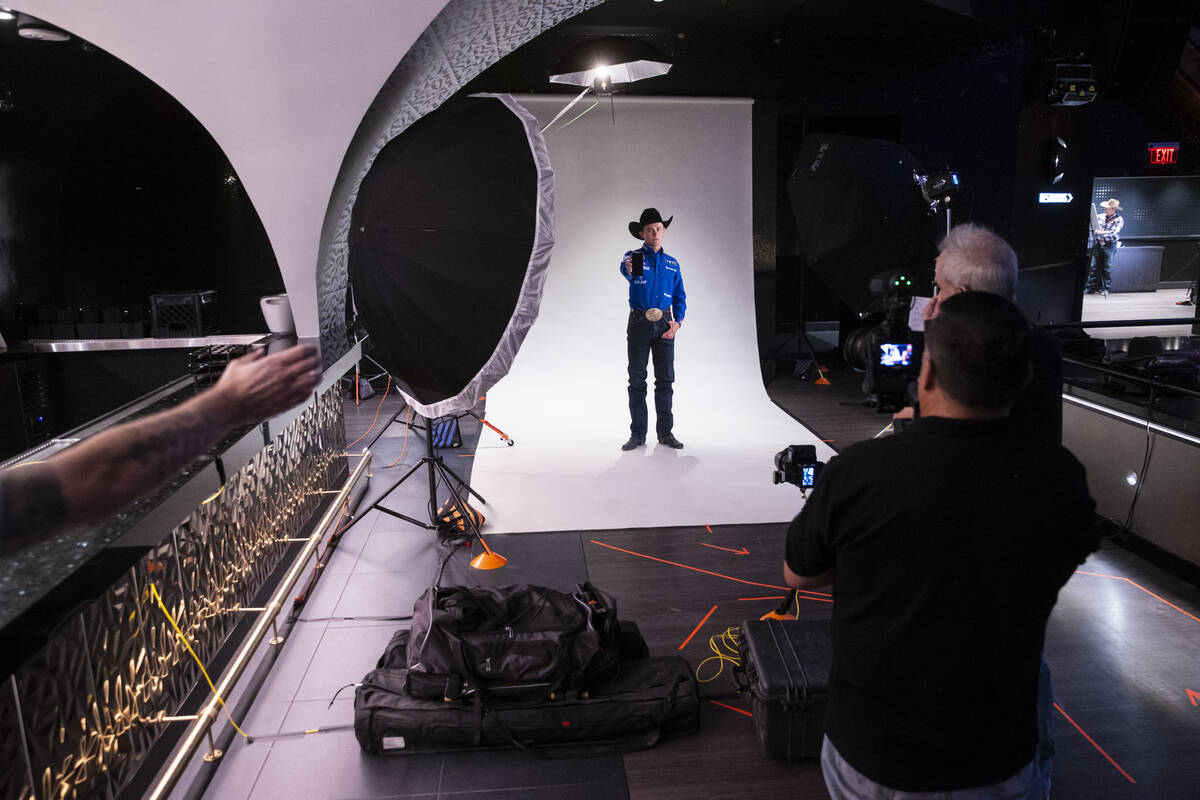 It was National Finals Rodeo Poster Shoot Day on Tuesday.

Instead of spending a rare day off from the circuit with his little daughter, Kingsley Rey, on his ranch in Beaver, Utah, Stetson Wright was developing a new appreciation for Sports Illustrated swimsuit models and even those who pose for the Sears catalog.

He wasn’t complaining, though.

“For sure, it’s not something any of us deal with normally,” the three-time reigning all-around world champion cowboy said during a break from primping and posing at swanky Zouk Nightclub at equally swanky Resorts World Las Vegas. “But if you’re here, it means you did your job last year.

The 22-year-old sensation did his job better than anybody else had ever done it in 2021. He won the all-around gold buckle with $585,850 in season earnings, obliterating the previous record of $518,011 established by 14-time all-around champion Trevor Brazile in 2015.

Now you know why Wright was smiling Tuesday, even when the shutterbugs stopped insisting on it.

Combining all that he has done in the sport at a precocious age with what he already has accomplished this year, there seems no limit to what the Utah cowboy might achieve. With seven months until the Dec. 1 to 10 NFR at the Thomas & Mack Center, Wright has collected $212,406, about $166,000 more than his nearest pursuer.

“Probably the best start to my year ever as far as bulls and broncs together,” said the dual threat in the saddle bronc and bull riding disciplines.

“Triple crown,” he said of his goal when the world’s best cowboys return to Las Vegas about winning the saddle bronc, bull riding and all-around titles in the same season. Wright stands second in saddle bronc earnings and leads the bull riding, which only enhanced his popularity with the rodeo paparazzi.

The first NFR poster shoot was in 2005 and has become a springtime tradition in Las Vegas while evolving over the years.

“It’s more than a photo shoot. It’s a photo, content, social media collection — just inviting as many of our partners to be with us to collect (promotional) content that we can use the entire year,” said Michael Mack, longtime vice president of marketing for Las Vegas Events.

The posters, which are not for sale, have become something of a collector’s item among NFR fans — so much so that Wright has to possess one featuring his likeness.

“Every time we’ve tried to get ’em, someone takes them for the Cowboy Christmas or something before we can grab one,” he said, smiling wider than ever.