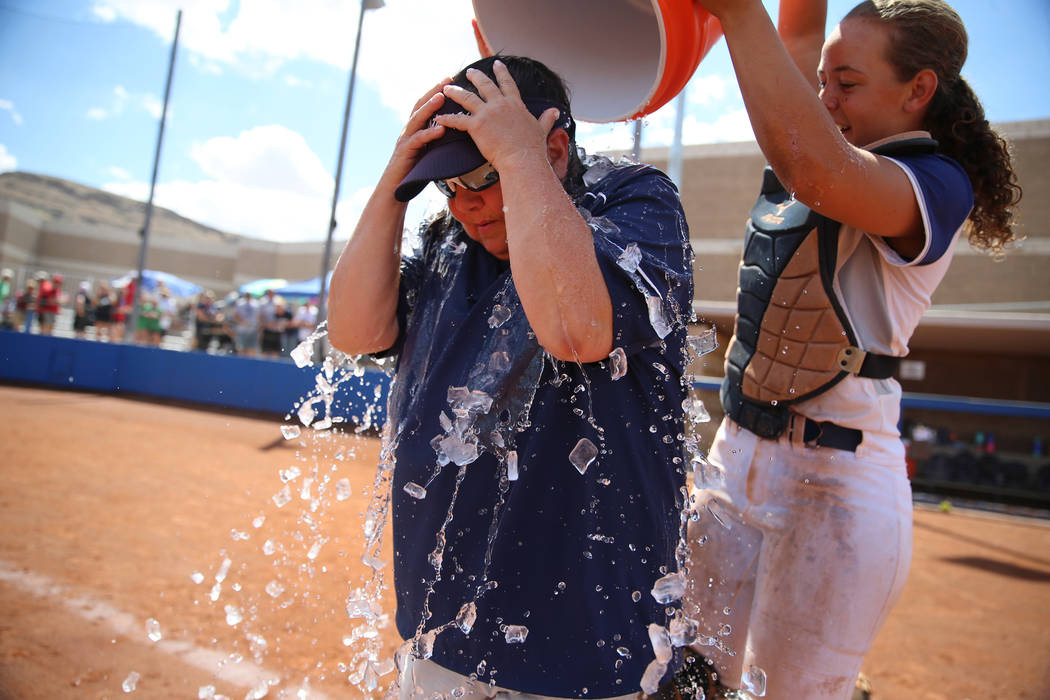 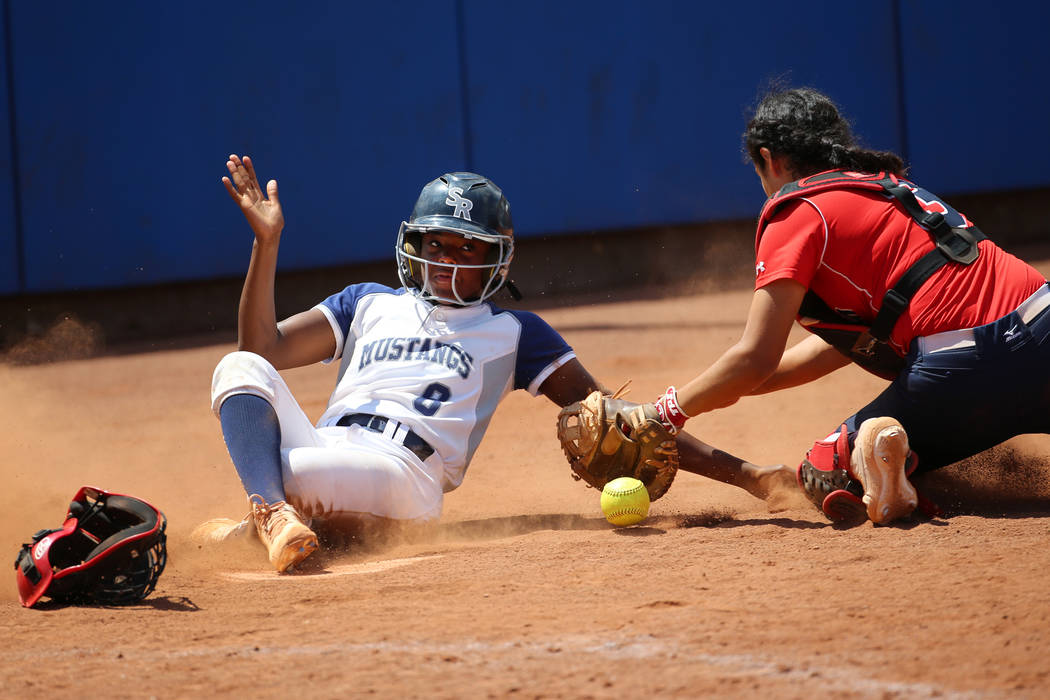 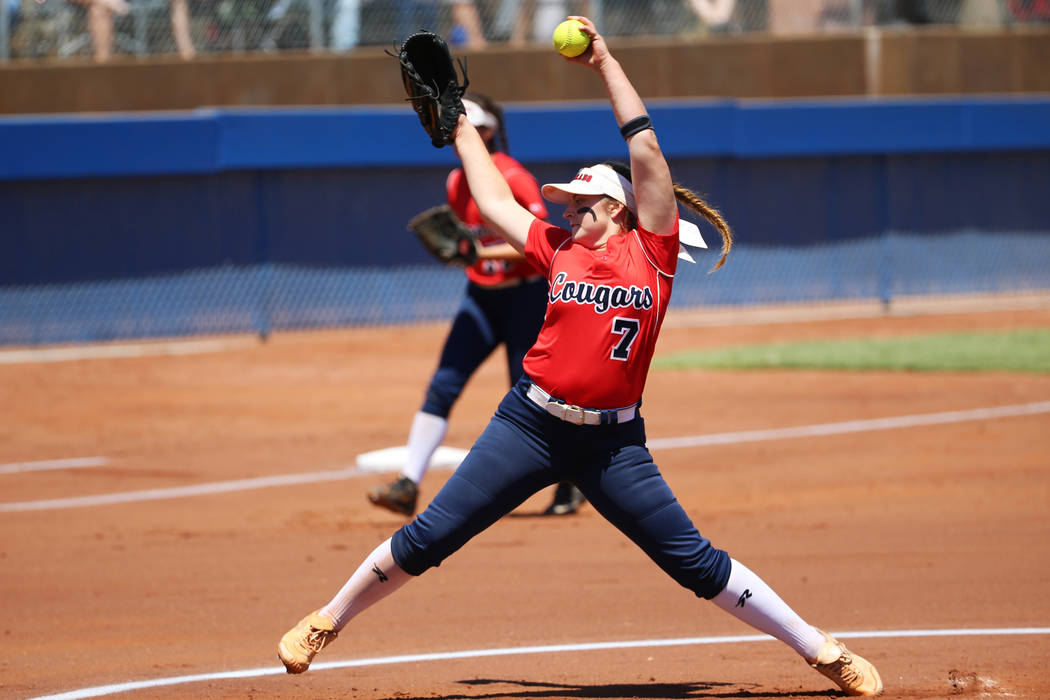 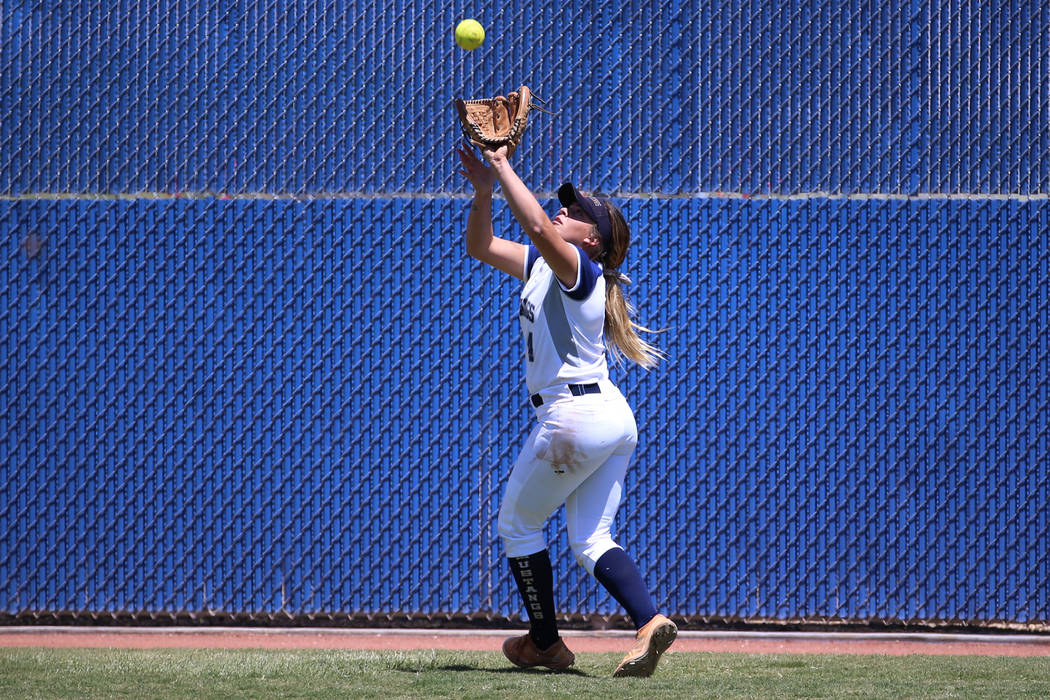 Shadow Ridge's Shea Clements (4) makes a catch in the outfield for an out against Coronado in the Southern Nevada championship game for Class 4A softball at Bishop Gorman High School in Las Vegas, Saturday, May 11, 2019. Shadow Ridge won 7-3. (Erik Verduzco / Las Vegas Review-Journal) @Erik_Verduzco 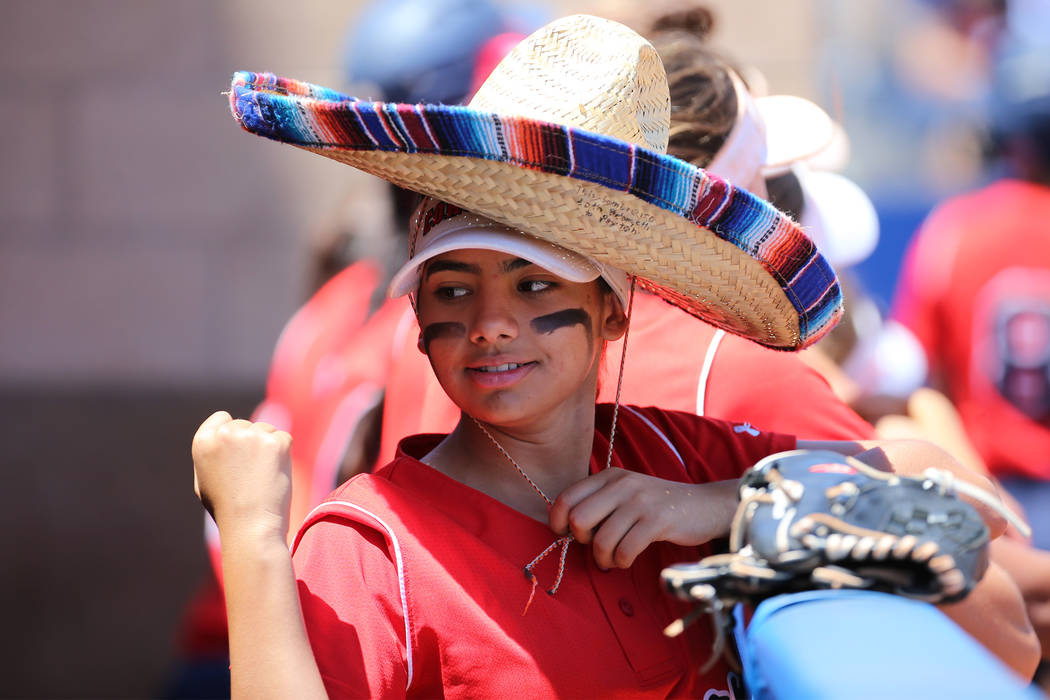 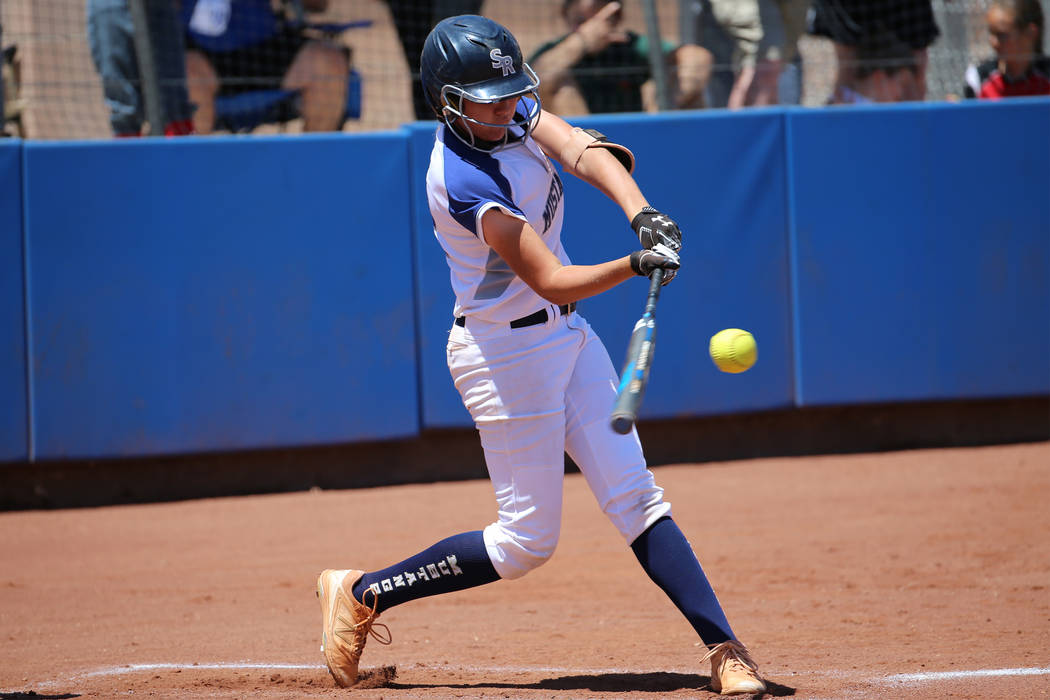 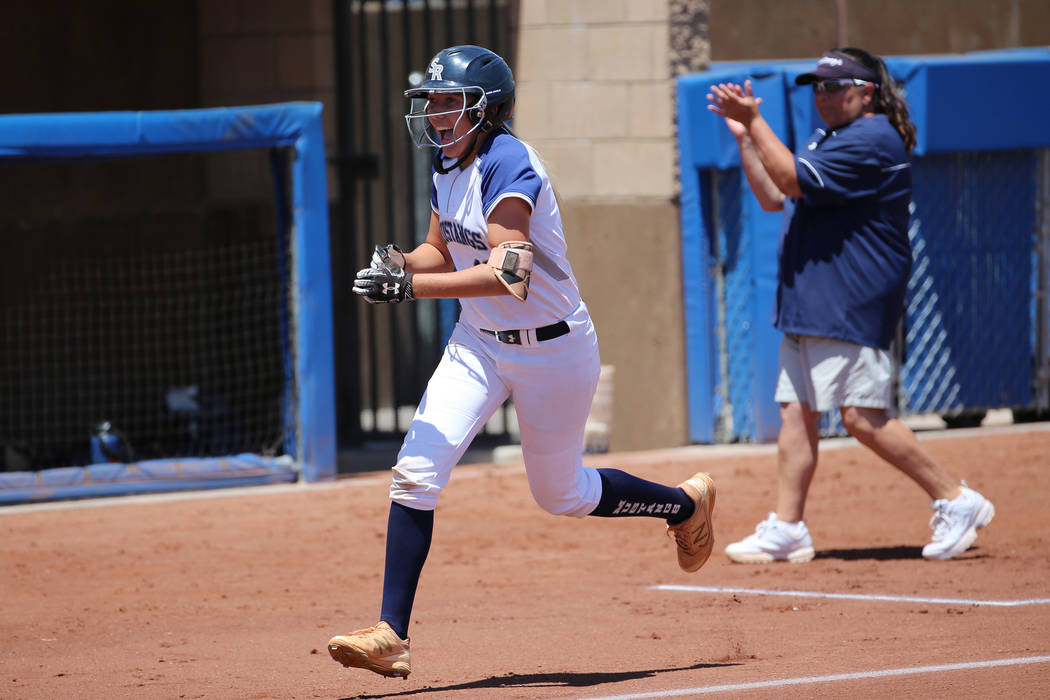 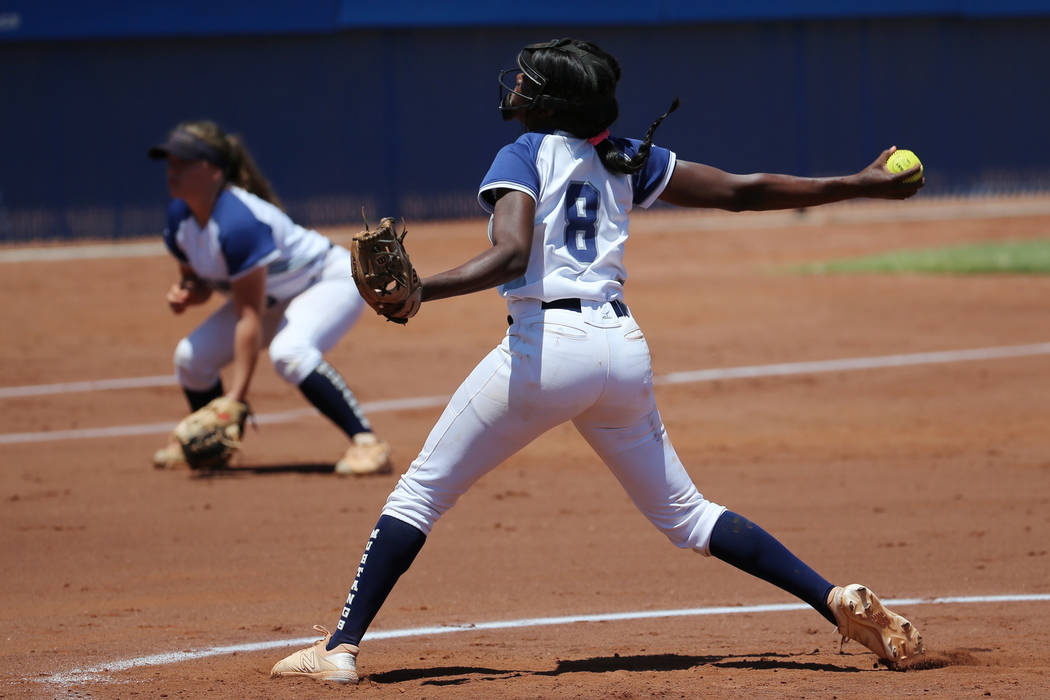 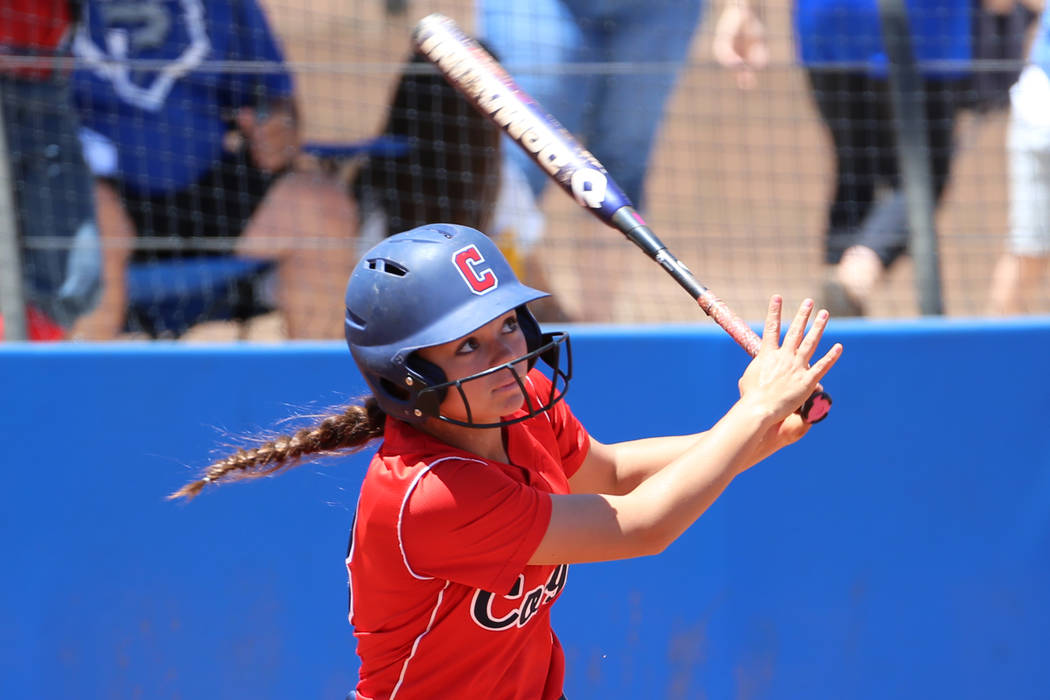 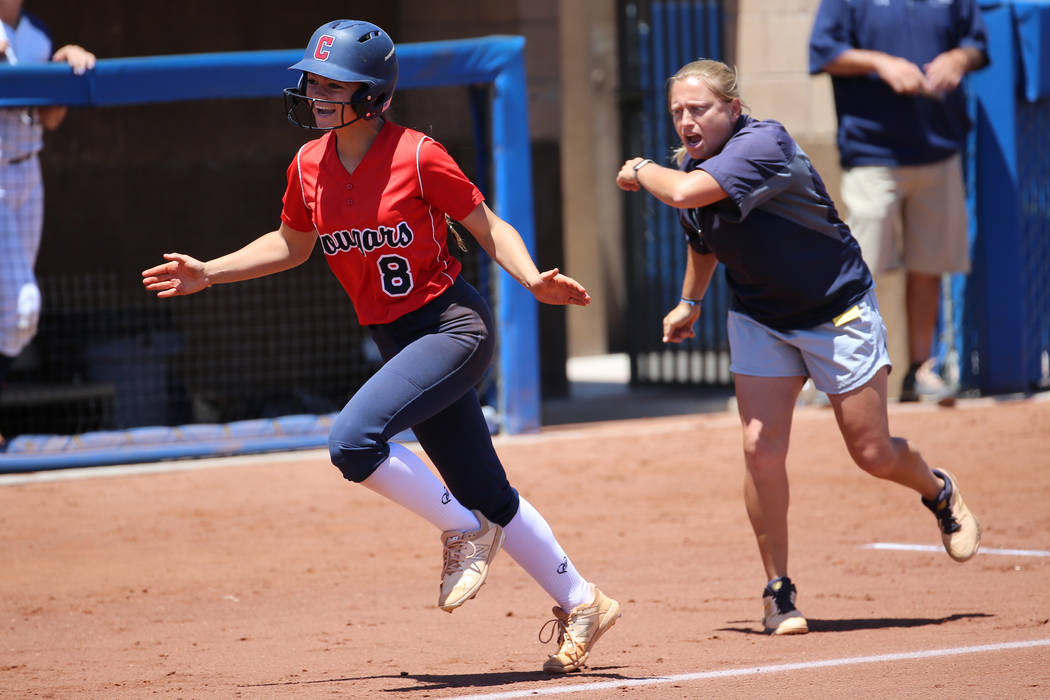 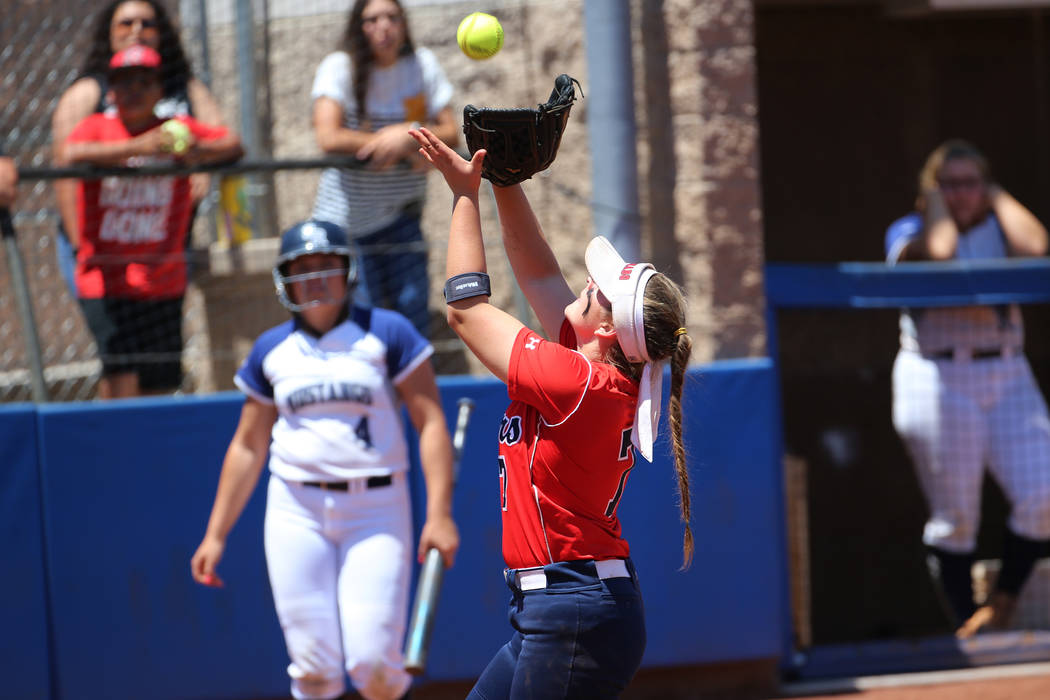 Coronado's Ashley Ward (7) catches a ball in the infield for an out against Shadow Ridge in the Southern Nevada championship game for Class 4A softball at Bishop Gorman High School in Las Vegas, Saturday, May 11, 2019. Shadow Ridge won 7-3. (Erik Verduzco / Las Vegas Review-Journal) @Erik_Verduzco 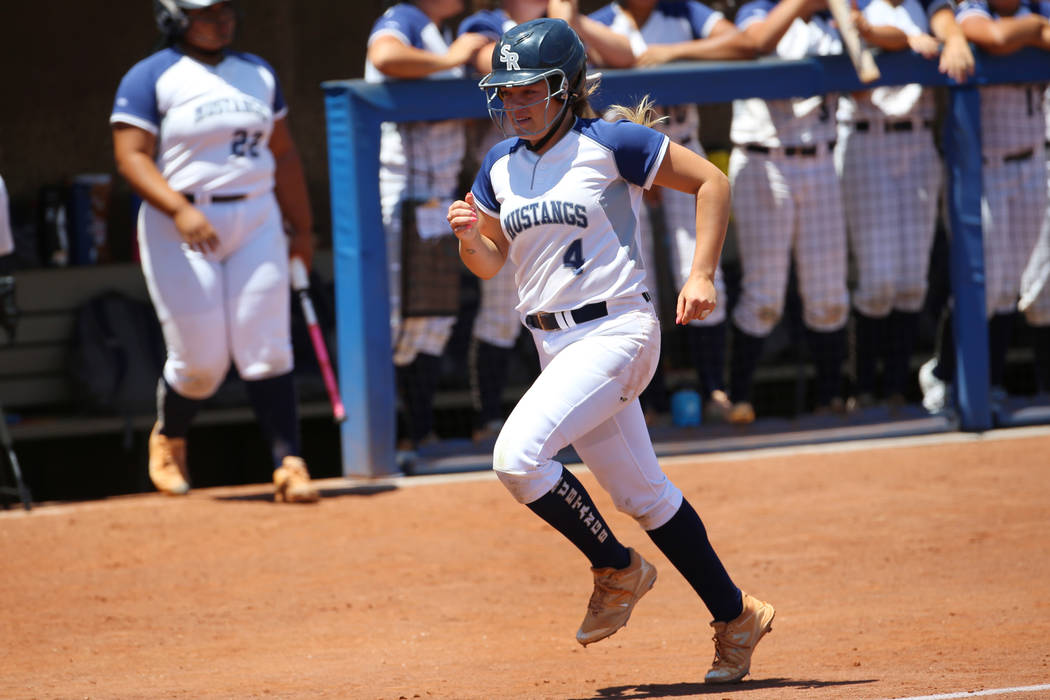 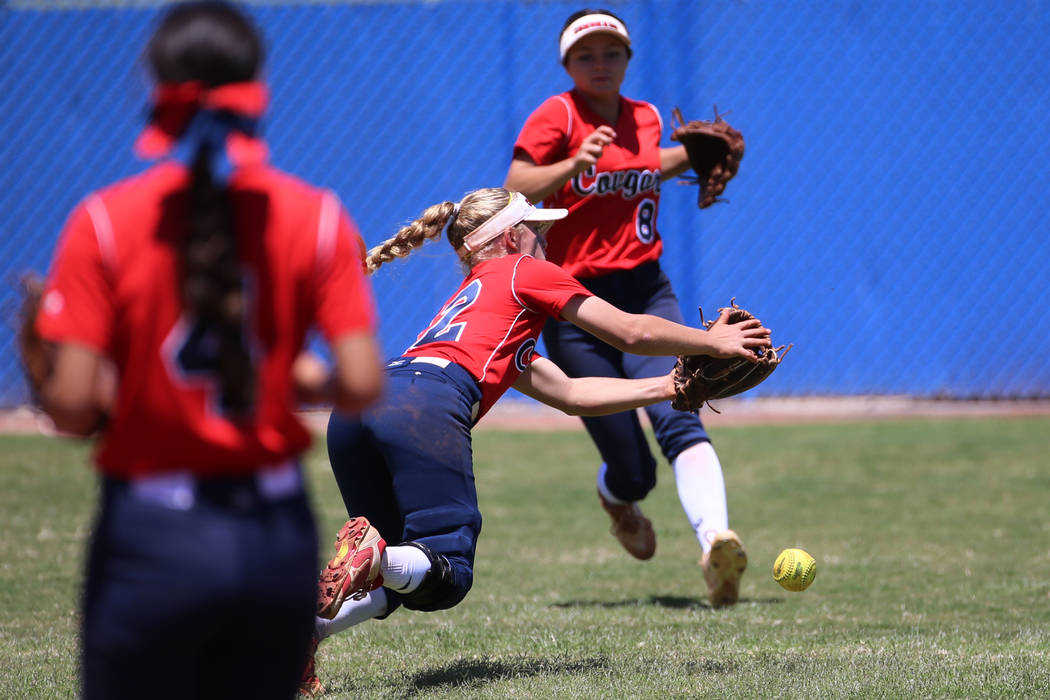 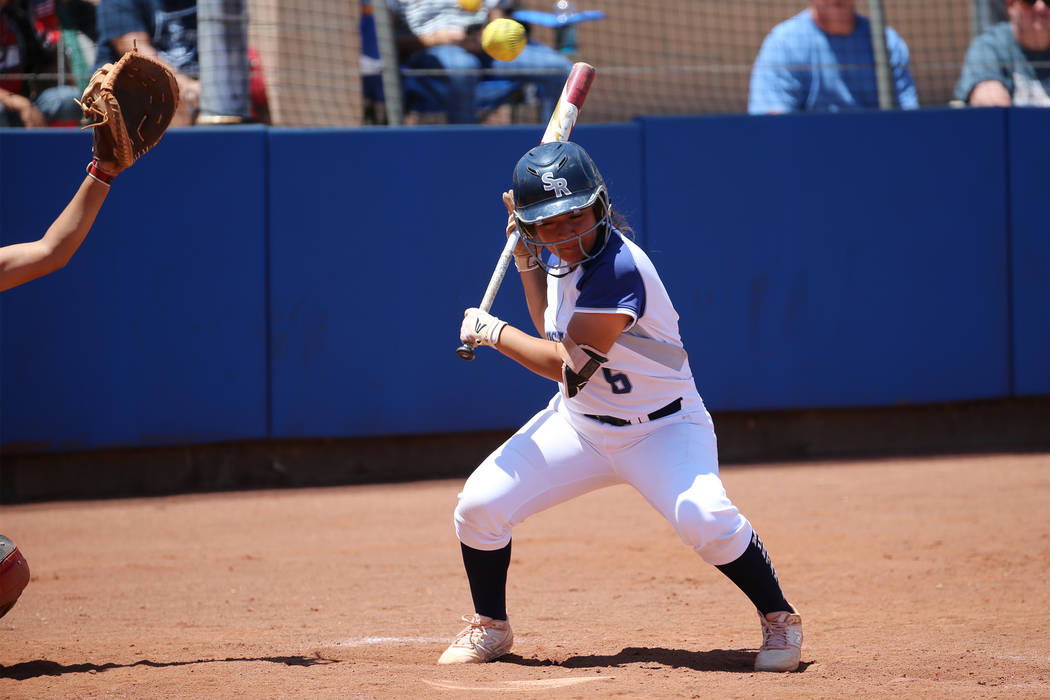 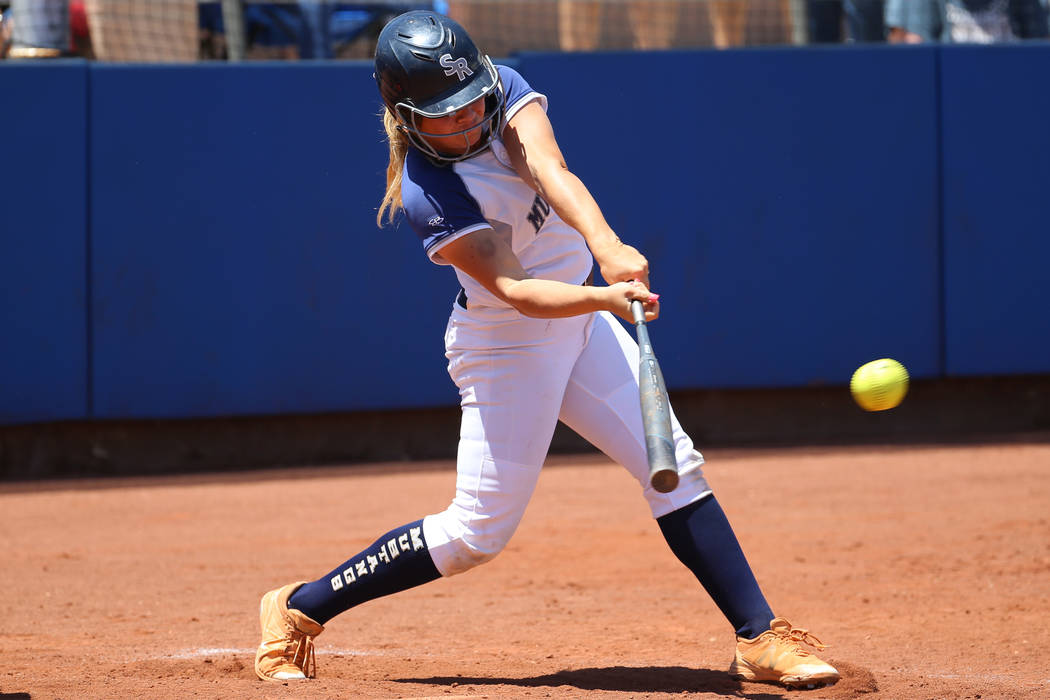 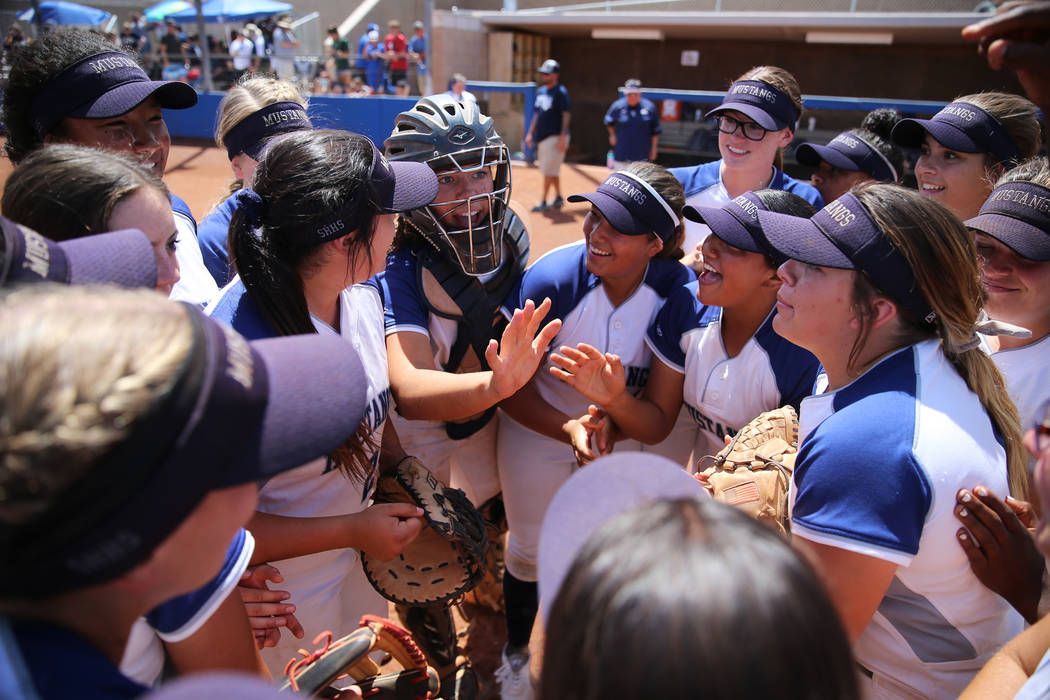 The game plan didn’t call for Alyssa Stanley to do much pitching Saturday, but the Shadow Ridge senior was ready when called upon.

Stanley entered the circle in the third inning and dominated most of the way to lead the Mustangs to a 7-3 victory over Coronado in the Southern Nevada Championship game at Bishop Gorman.

Both teams will play in the state tournament, but Shadow Ridge (28-2) earned a first-round bye in the six-team event.

Jasmine Martin looked strong in starting for Shadow Ridge, but she was pulled shortly after surrendering a game-tying solo home run to Madi Stephens in the second inning.

“We planned on throwing Jasmine, but she just wasn’t quite hitting her spots,” Mustangs coach Julia Meyn said. “We needed a low-ball pitcher, and that’s Stanley. We had to bring her in to keep the ball in the park.”

“I just wanted it for my team,” she said. “We think we deserve it, and we went and got it. We sent a statement that we are the best.”

Shadow Ridge’s hitters backed Stanley, as six of their 11 hits were for extra bases, including two home runs.

But Meyn wasn’t completely satisfied with the offense.

“I think we could have done a better job,” she said. “I like to see one through nine hitting.”

Even so, there was no shortage of offense. Hailey Morrow gave the Mustangs a 1-0 second-inning lead with a towering home run to left field.

After Stephens’ homer tied the score, Shadow Ridge began flexing its muscles. The Mustangs went ahead 4-1 in the third, getting key doubles from Stanley and Hailey Morrow.

They added another run to their lead before Stanley got into her only significant jam. The Cougars cut the deficit to 5-3 on a two-run double by Ward in the fifth, but Stanley recovered and gave up little the rest of the way.

Two runs in the seventh sealed the victory.

Though the win was largely symbolic, Meyn said it still was important.

“It’s a big deal because it gives us a bye in state, and it says who’s allegedly better in the South,” she said.