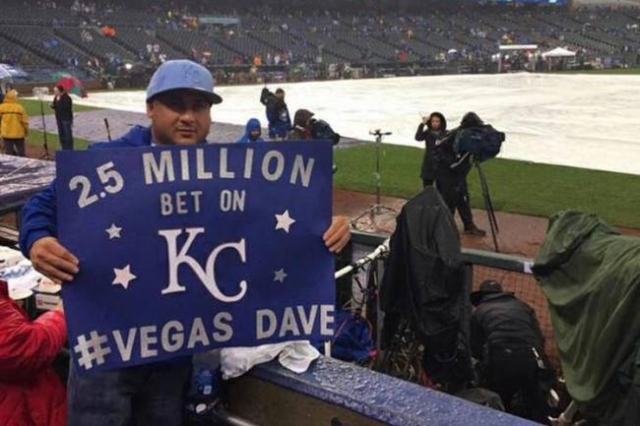 In a feat as improbable as the Royals’ magical run, Las Vegas sports bettor Dave Oancea claims to have won almost $2.5 million ($2,457,200 to be exact) in future bets on Kansas City to win the World Series.

Oancea, aka “Vegas Dave,” has posted images on his website of a plethora of tickets totaling $100,000 at odds ranging from 30-1 to 5-1 on the Royals to win the 2015 championship. He said he placed his first wager on K.C. to win it all at 30-1 odds at the Westgate during the first week of the season, after the Royals started 7-0. To get down a total of $100,000 on K.C., Oancea said he had to place bets at 10 different Las Vegas casinos as the odds dwindled.

“No place would take ($100,000) straight. I had to spread it out,” he said. “The odds went all the way down to 5-1 and then back up to 8-1. I still pounded it over and over, because I knew they’d make the playoffs and I could hedge and make guaranteed money.

“But as the year went on, I thought it was a team of destiny.”

Oancea, who has 2,500 sports betting clients, claimed he didn’t hedge his bets, partly because he’d already won $580,000 this season on an $80,000 future bet on the Texas Rangers to win the American League West.

“That’s why I didn’t need to hedge,” said Oancea, 38. “I could’ve taken a guaranteed $1 million and bet the Mets at the beginning of the World Series and had a carefree last week. But it was worth the stress to make another $1 million.”

According to Las Vegas sports book industry sources, Oancea did hedge his bets on the Royals and his claim of winning $2.5 million on K.C. is exaggerated.

Oancea, who once appeared on an episode of the Bravo TV show, “The Millionaire Matchmaker,” said he posts his tickets on his website to silence the naysayers.

“When you’re successful, there’s a lot of haters and a lot of jealous people,” he said.

Oancea, who moved here from Hawaii 15 years ago, said he drained his parents’ saving account and spent two months in Gamblers Anonymous before becoming a disciplined professional gambler.

He said he loaded up on the Royals mostly because of their experience and their bullpen.

“In the playoffs, it’s all about the bullpen,” he said. “They had the best bullpen in baseball.”

“Vegas Dave” said he was out partying Saturday night and hadn’t slept for two days when K.C. erased a 2-0 ninth-inning deficit to the New York Mets in Sunday’s 7-2 title-clinching triumph.

“It was very emotional and very stressful,” he said. “I was like, ‘Can we just play with the lead for once?’ But nothing in life comes easy.” 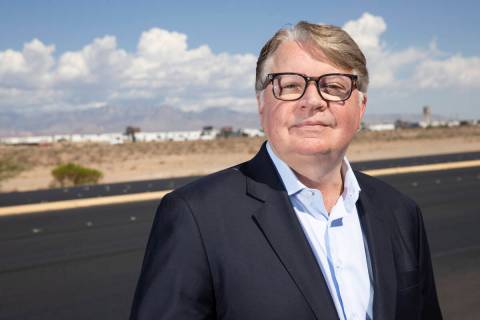 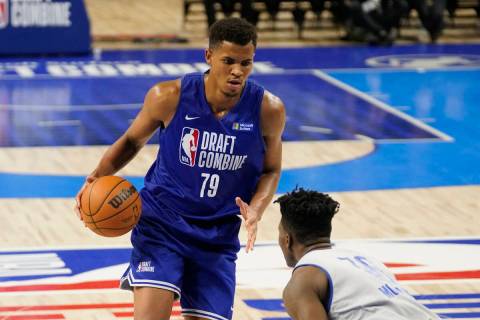