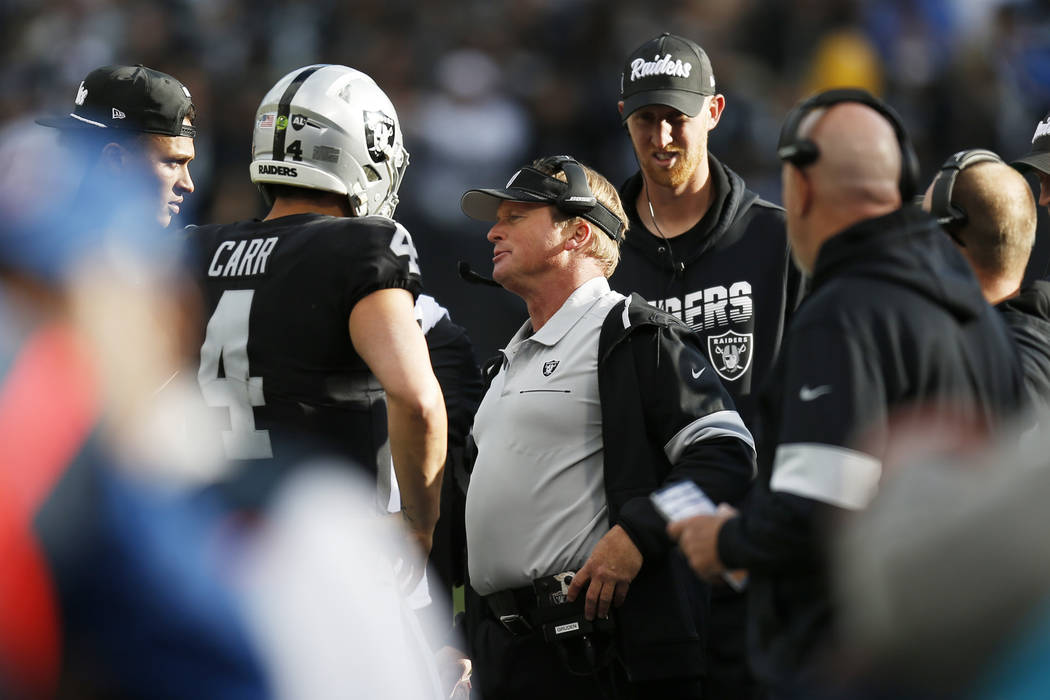 When I walked out of the radio booth in the Oakland-Alameda County Coliseum for the final time Sunday, I thought it was wait until next year. But thanks to John Breech of CBS Sports, we have two five-team parlays that would make the Raiders the No. 6 seed in the AFC.

Not impossible, and as Breech points out, Las Vegas oddsmakers say the Raiders face the most difficult task because they are 7-point underdogs Sunday at the Chargers.

The Ravens need one more win to lock up home field for the AFC playoffs. The Jets are home, where they beat the Cowboys earlier. The Saints are battling for a first-round bye. The Colts are facing a quarterback making his first start.

Having cashed our first five-teamer, let’s move to Week 17:

This one is much trickier. Having wrapped up the No. 1 seed, the Ravens could be resting starters against a Steelers team that is still alive.

Then there’s a certain cold-weather statistic working against Derek Carr and the Raiders. They have lost 10 straight games when the temperature dips below 50 degrees. Frigid weather is almost a certainty this time of year in Denver.