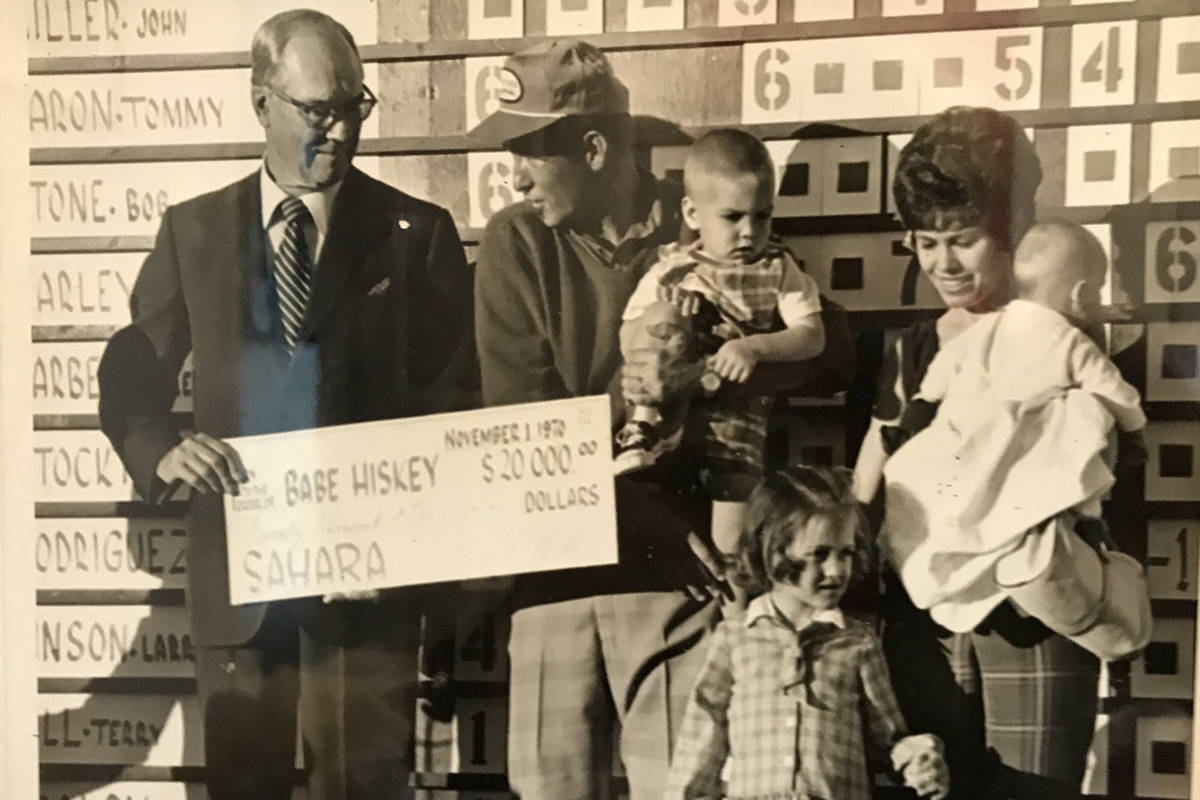 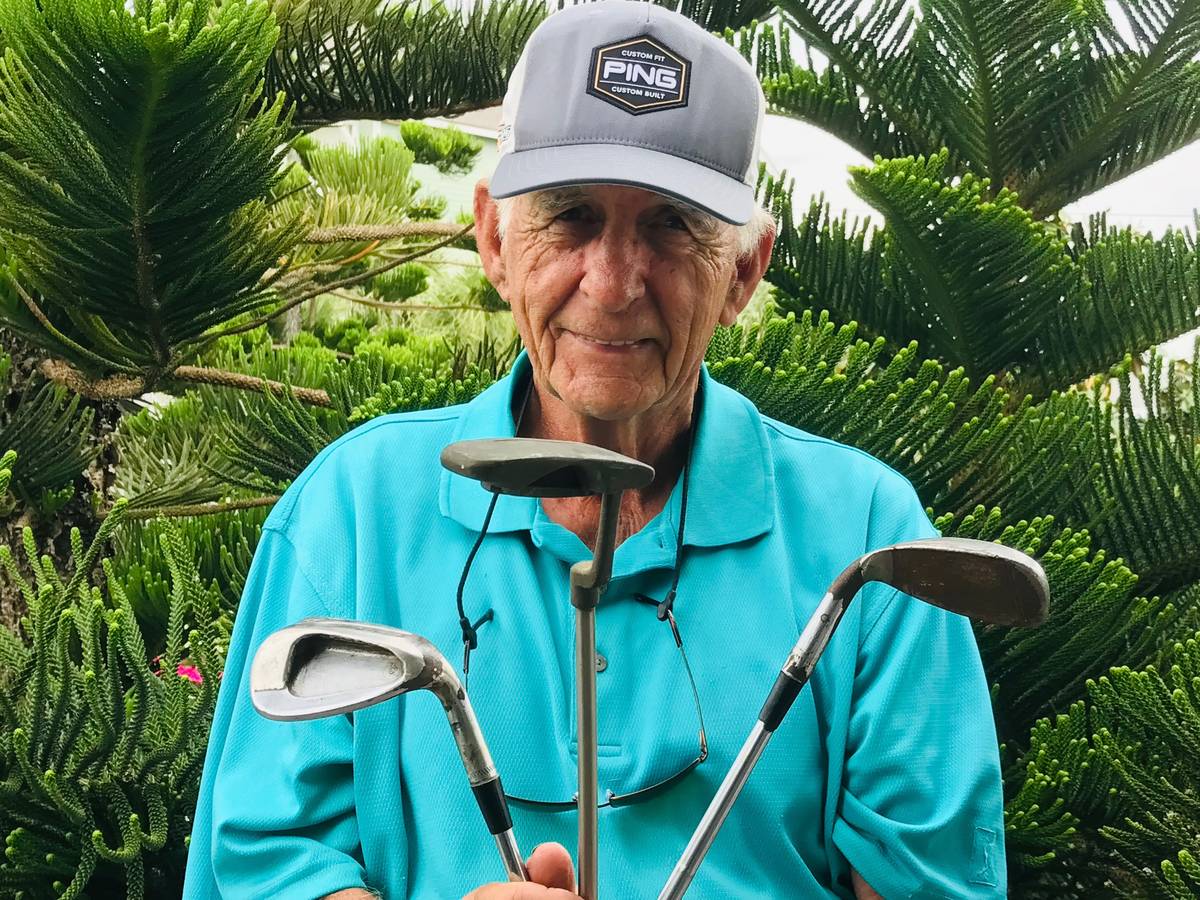 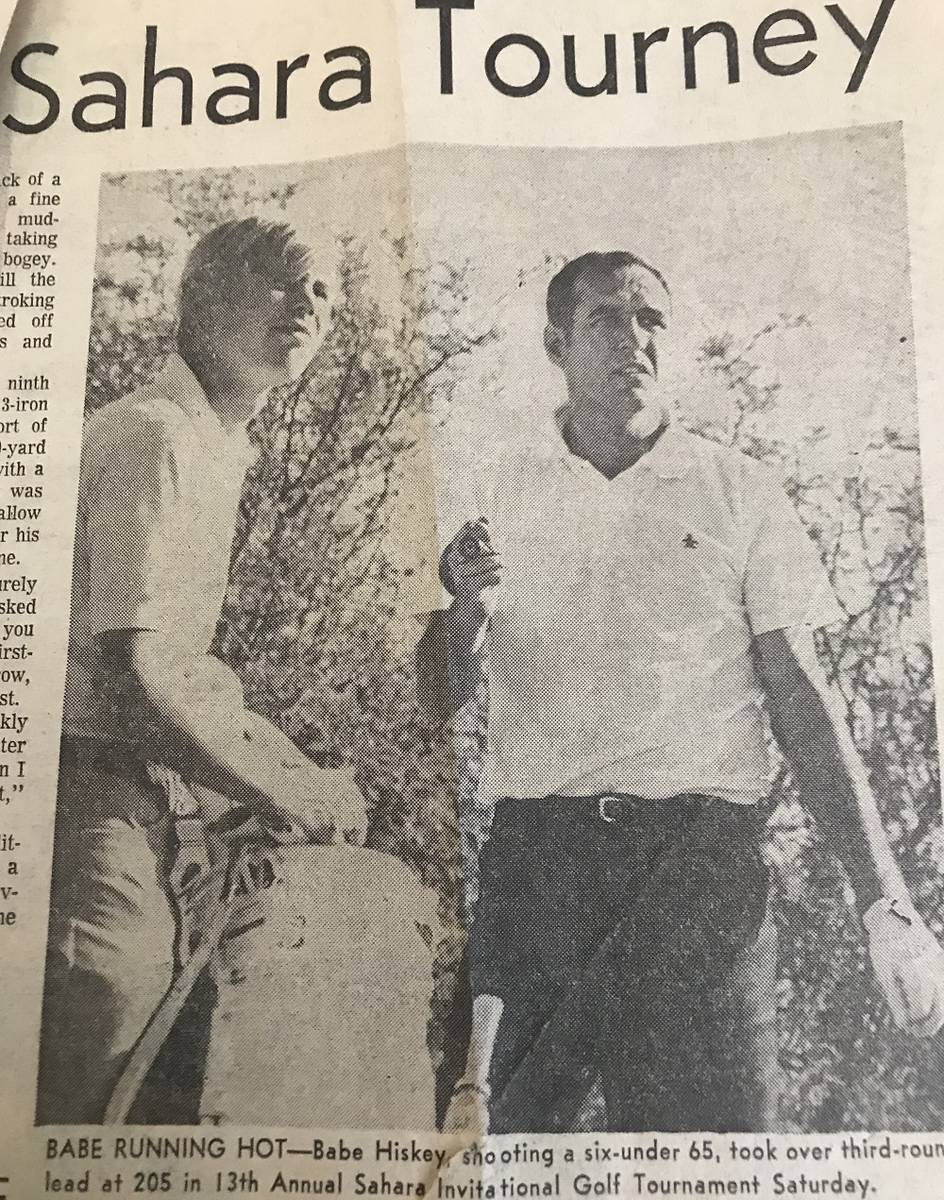 Associated Press columnist tim Dahlerg (left) caddied for Babe Hiskey when he won the 1970 Sahara Invitational and it made a lasting impression. courtesy Dahlerg scrapbook.

When Bryant “Babe” Hiskey, his wife, Eunice, and their three toddlers arrived in Las Vegas for the PGA Tour’s 1970 Sahara Invitational, they were broke.

But buoyed by a third-round 65, Hiskey won the tournament by one shot over Miller Barber, Bob Goalby and Terry Dill and collected $20,000. The event was played at the Paradise Valley (now Wildhorse) and Sahara-National (now Las Vegas National) courses.

No doubt it was a timely victory for the Hiskeys, who stayed in a “dingy Strip motel” while in Vegas, but it was also important for the fledgling Ping club company. Hiskey said the win was the first on tour by a player using the Ping K1 irons and brought credibility to Karsten Solheim’s innovative club technology. To date, pros playing with Ping clubs and/or putters have now combined to win 3,000 tournaments internationally.

Hiskey, 81, now lives in Galveston, Texas, and said he had to overcome a tough finish at the Kaiser International Open in Napa the week prior to Las Vegas.

“I hit the ball out of bounds late in the tournament with a chance to win in Napa with my dad watching, and after the round he said, ‘Take me to the dog’, which is what he called the Greyhound bus,” said Hiskey, who listened to four hours of Bible tapes on Saturday night to glean inspiration for the Sahara’s final round. “He went home to Idaho instead of coming to Las Vegas, so the first thing I did after winning was call him and say, ‘Hey, pops, you should’ve stuck around.’

“Winning in Las Vegas was a slight miracle, but the biggest blessing of it all is the business relationship and friendship I have had with Ping and the Solheim family for the last five decades.”

Caddying for Hiskey was Tim Dahlberg, 16, a Western High golfer. Dahlberg still lives in Las Vegas and is a sports columnist for the Associated Press. He caddied only twice for Hiskey, earning $500, and also for Ed Sneed, who a year earlier missed the Sahara cut and paid Dahlberg $35.

“I’ve covered every major sporting event in the world, most numerous times, but caddying is still a memory I treasure,” Dahlberg said. “Babe was such a nice guy and we just hit it off. I always tell people that percentage-wise, I was one of the greatest tour caddies ever.

“It’s a lesson I learned about sports before I began writing about them—anything can happen—and there’s always a good story somewhere. My experience with Babe is probably the reason that during a long rain delay at the Masters a few years after I began covering it, I went to the caddie room and did a piece on Carl Jackson, the longtime Augusta National caddie who looped for Ben Crenshaw so famously.”

“I was busted, so couldn’t afford a professional caddie like some of the other guys,” Hiskey said. “I just needed somebody that didn’t mind learning as we went. Tim was very interested in everything and we had a good rapport, plus he was intelligent enough to not disturb the other players. He also picked me up and dropped me off at the motel each day, so he was great.”