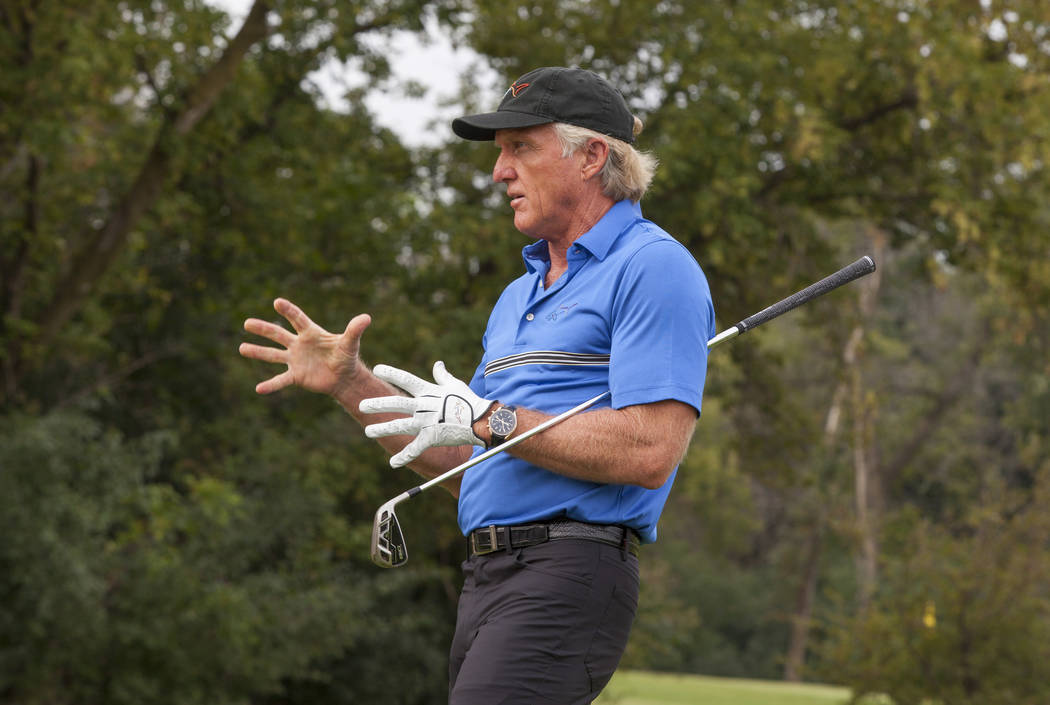 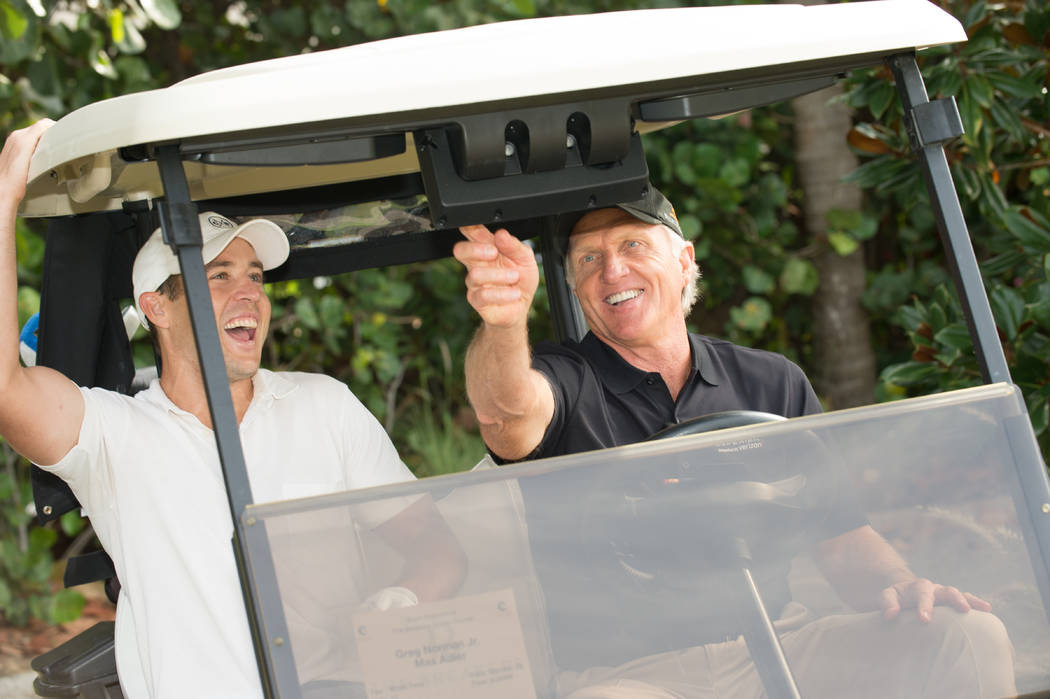 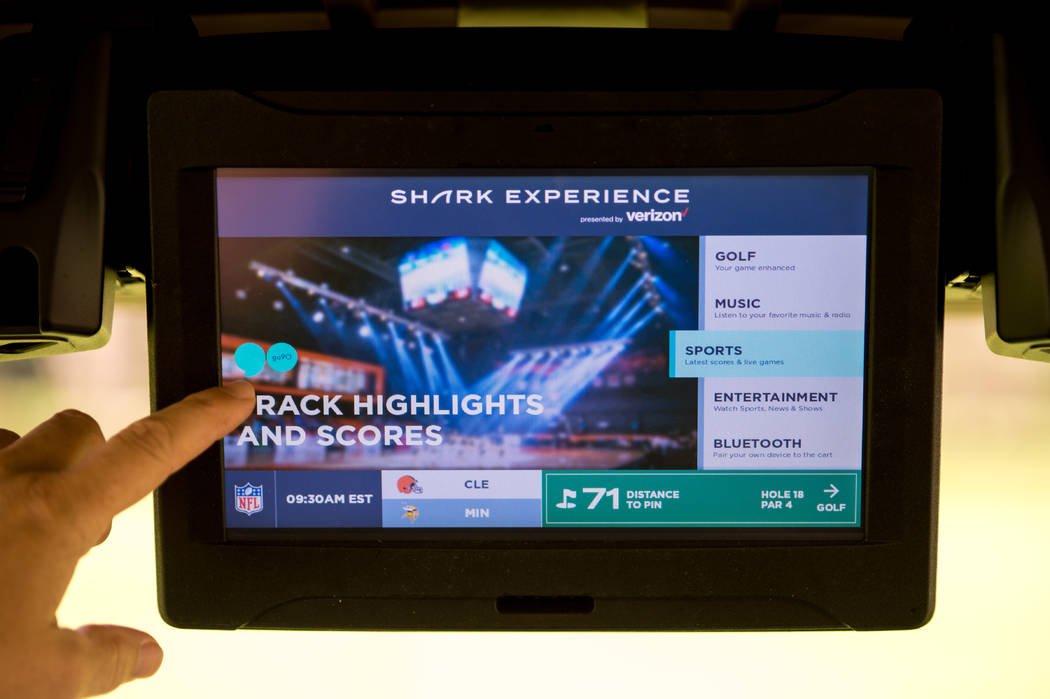 The Shark Experience, developed by Greg Norman, is cart software that is designed to bring "connectivity, content and customization" to golf. (Montana Pritchard) 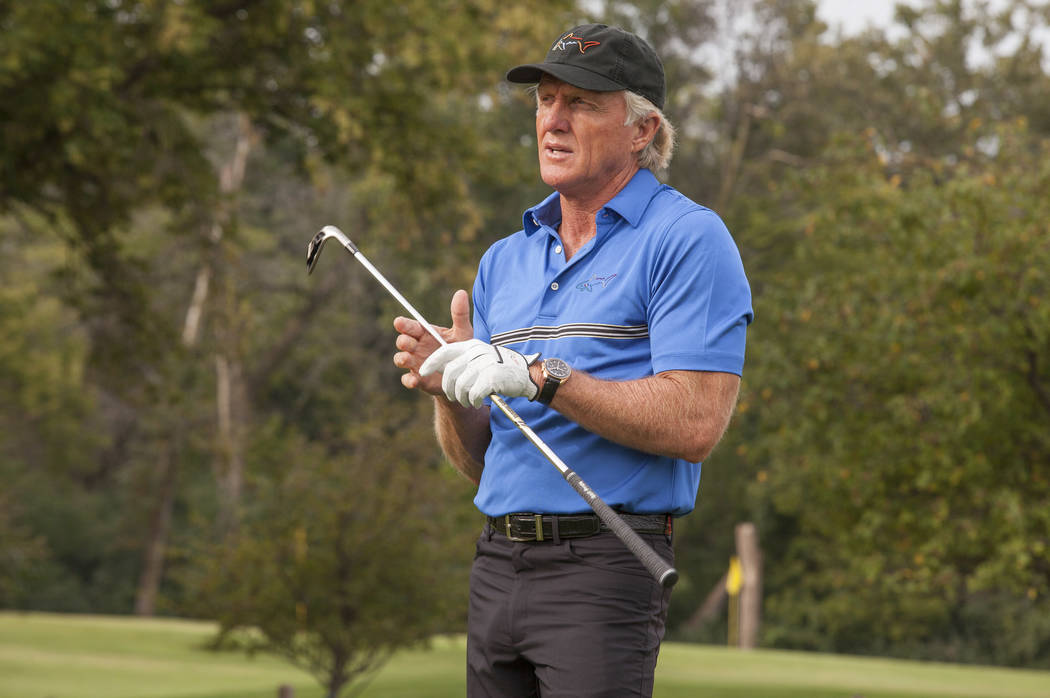 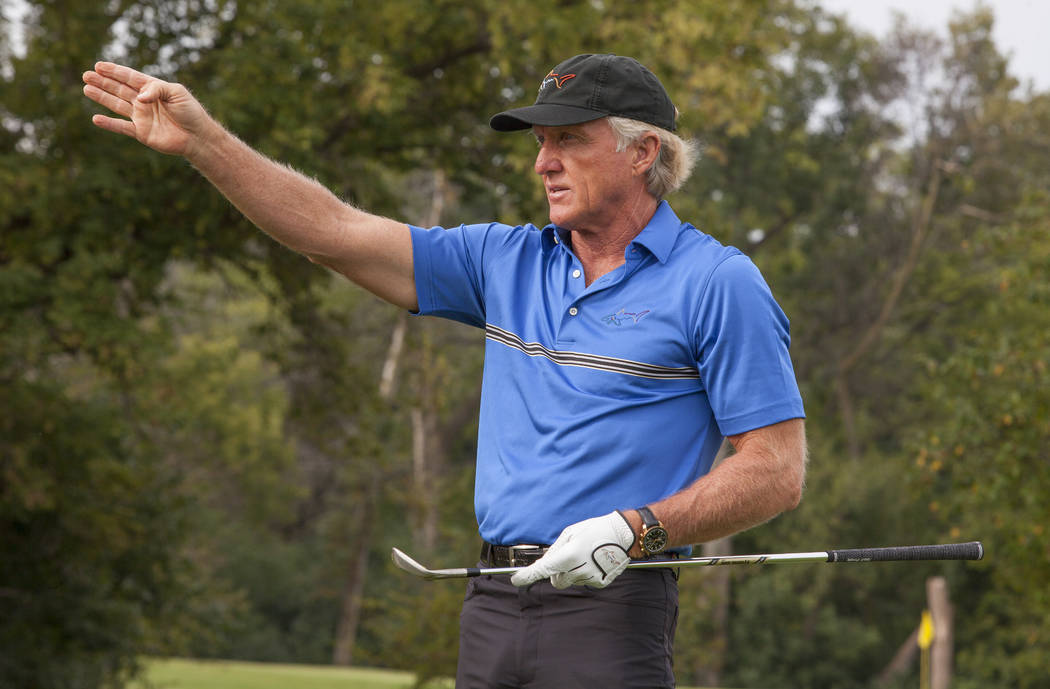 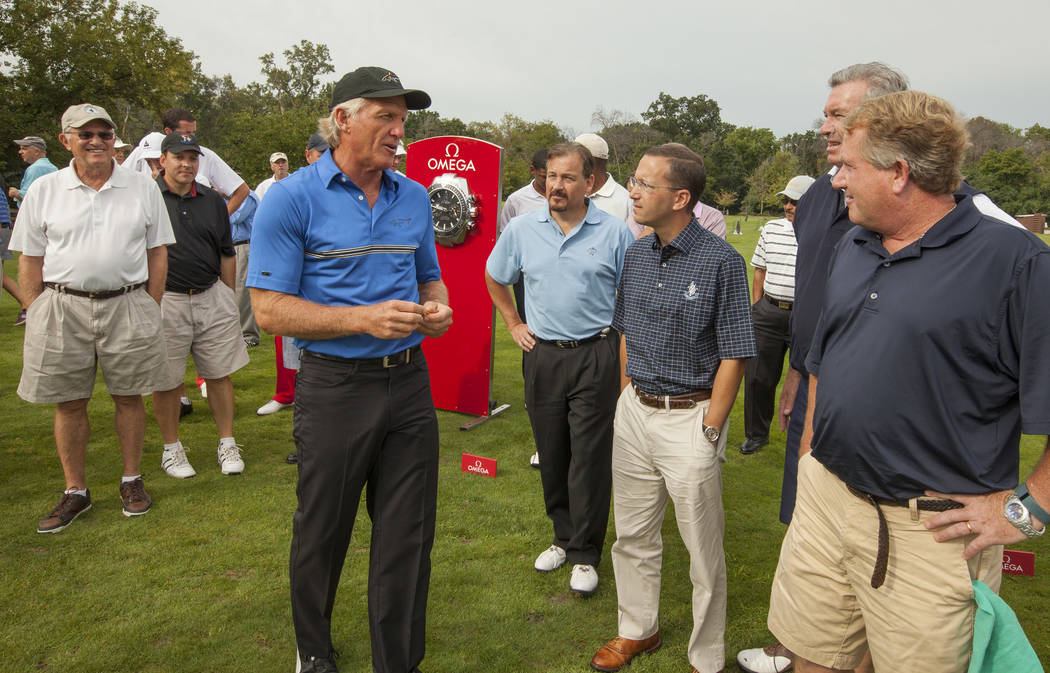 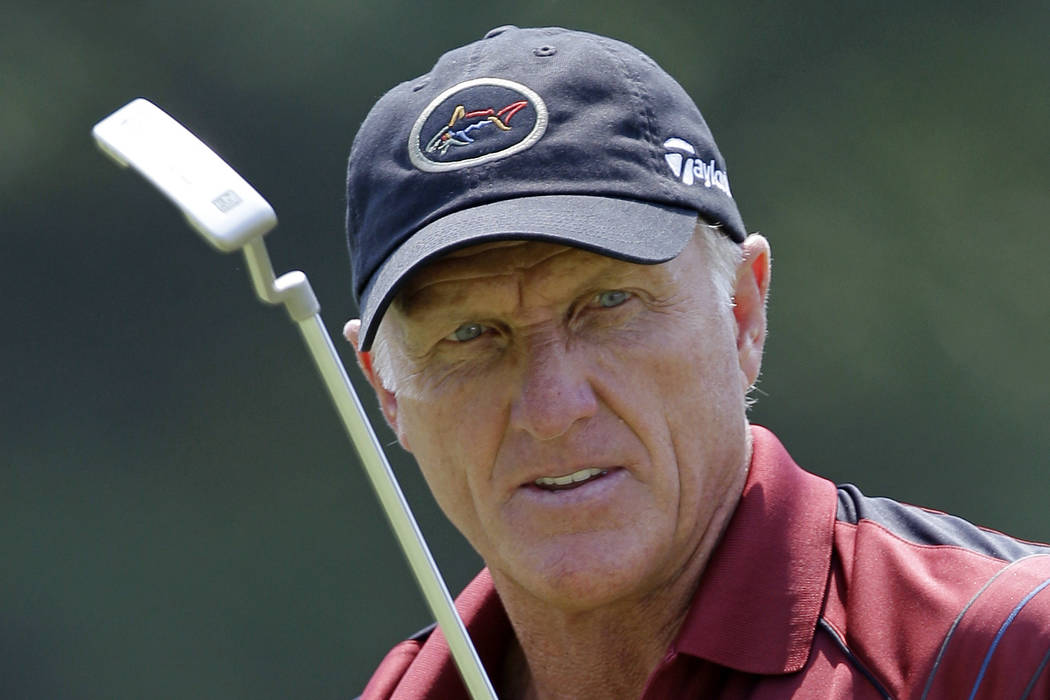 In this June 28, 2012 file photo, Greg Norman watches his putt on the 16th hole during the first round of the Senior Players Championship golf tournament at the Fox Chapel Country Club in Fox Chapel, Pa. Australia’s Prime Minister Malcolm Turnbull beat other world leaders to an early call with President-elect Donald Trump by getting his cellphone number from Greg Norman, the golfing great said on Thursday, Nov. 17, 2016. (AP Photo/Gene J. Puskar, File)

Two-time major champion Greg Norman has made millions on and off the course, but he said money was never a motivating factor, even in 1986 when he won the Las Vegas Invitational and golf’s richest first-place prize at the time, $207,000.

“I never played for money. I played golf for the enjoyment and the feeling it gave me,” Norman said of winning the tournament that is now the Shriners Hospitals for Children Open. “I always loved playing that event, even though I’m not a gambler. One of my most memorable shots was in that tournament. I hit a 1-iron and it went right through a pigeon. That has never happened before or since.”

Last week at the PGA Merchandise Show in Florida, Norman officially launched Shark Experience, his new cart software program bringing “connectivity, content and customization” to a golf course near you. The Shark Experience is a partnership between Norman, Verizon, Club Car and GPSi.

I first learned about Norman’s new idea when he spoke at Golf Business TechCon in September at the Aria. He criticized the stagnant golf industry and gave a sneak peak of his new venture, saying it would help revolutionize the sport by driving revenues for course operators and enjoyment for golfers.

Norman, who got started in golf as an assistant professional at Royal Queensland Golf Club in Australia, empathizes with the challenges of running a course and is pleased with the initial reaction to the technology. He said one club pro told him golfers would delay their tee times to wait for carts featuring Shark Experience.

“We’ve had more than 10,000 beta test rounds, and the results are a little above what I thought it would be,” Norman said. “Maybe I tried to keep my expectations a little lower, but it really does reinforce to me that the industry definitely needs this new technology to break out of the box that golf has been stuck in for decades. Also, the advisory council that we have from the USGA, the PGA of America, the big management companies like Troon and others, have also validated it.”

Norman said his new technology will help attract the next generation of golfers.

“When I see the success of Topgolf and that 11 million people went through their facilities in 2017, and then I break that down and see that 4.4 million had never played golf before, that’s the market we are trying to tap into,” Norman said. “People who are finding golf fun, listening to music, enjoying food and beverage, being with friends and connecting with their devices. Nobody has been able to conquer this space, and yet we did.

“When the PGA Tour saw what we had, they wanted to get involved. When we are fully deployed in a couple years, we will be in front of 93 million golfers per year. The PGA Tour could never capture the out-of-home market, and now they can. You’ll be able to play golf and watch the PGA Tour at the same time when before you had to do one or the other.”

PGA Tour player Kevin Na made a trick-shot putt from the steps of his private plane to a plastic cup on the McCarran International Airport tarmac before flying to Phoenix for the Waste Management Open.