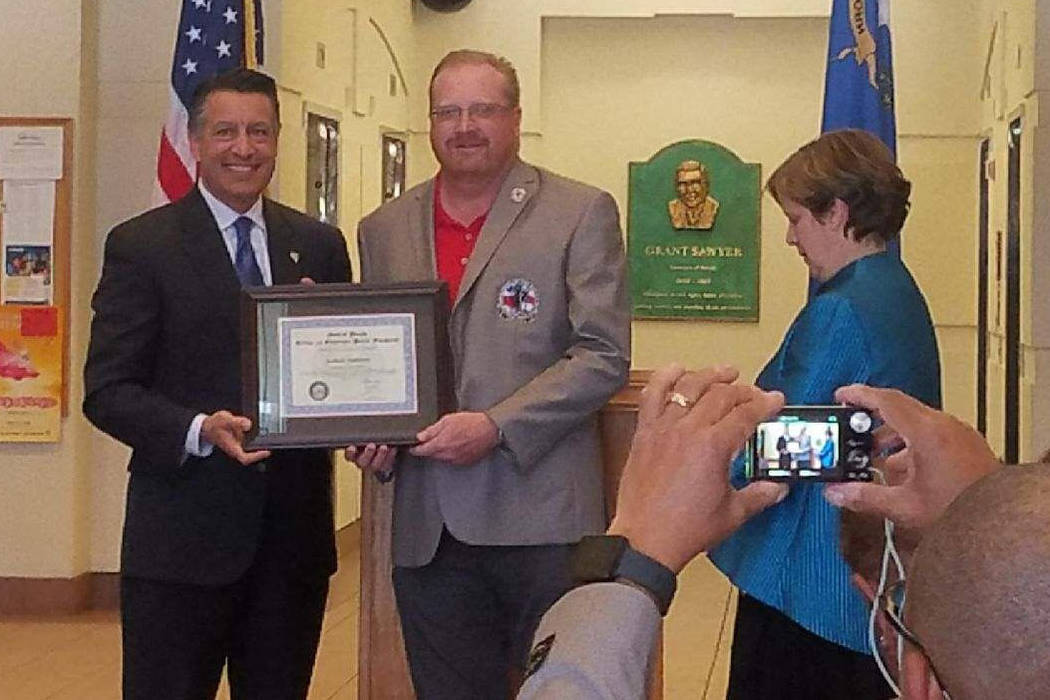 A wounded veteran receives instruction from Heroes in the Rough. The group's president, Rob Jackson, was honored by the state of Nevada in April as Veteran of the Month. Courtesy photo. 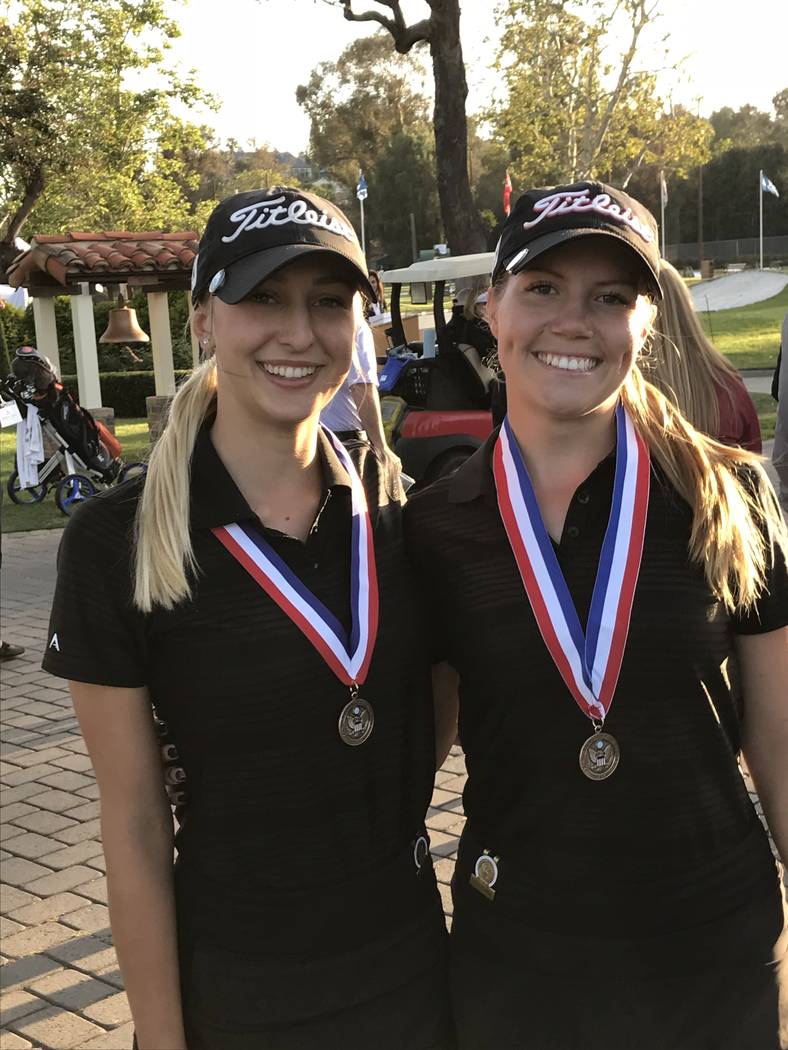 The statistics are alarming and overwhelming.

According to Heroesintherough.org, 22 veterans commit suicide each day. Many who take their own lives have been seriously injured and succumb to the intense pain and pressure of daily living.

Rob Jackson is president of Heroes in the Rough, a local nonprofit that uses golf to inspire veterans to get back to living by playing the game. Most of the golfers in the program are more than 50 percent disabled.

Jackson is a veteran of the U.S. Marine Corps and served in Desert Storm. He suffers from post-traumatic stress disorder and is inspired by the veterans he and other volunteers help through golf.

“Heroes in the Rough provides many opportunities for a disabled veteran who feels left out to feel wanted again,” Jackson said. “These are the forgotten ones whose life is extremely difficult because of the seriousness of their situations. Many would never venture out without a reason or some help. Golf gives them a reason, and we have changed and saved lives by giving them an opportunity to play the wonderful game of golf.”

The organization offers clinics, lessons from PGA of America professionals, golf attire, golf-associated equipment, tournament entries, golf outings, access to paramobile cart technology on the course, all at no charge to the veteran. No salaries are paid to the president or any volunteers.

Jackson, who was nominated by his golfing veterans, said he accepted the awards on behalf of the other volunteers in the organization. He was a unanimous selection for the governor’s award.

“Anything that helps bring awareness to our brave and determined veterans is very meaningful,” Jackson said.

Heroes in the Rough has several charity events annually. The next event is June 1 at Stallion Mountain. Visit Heroesintherough.org to register.

Bonanza High product Scott Piercy teamed with Billy Horschel to win the Zurich Classic on Sunday at New Orleans. It was the fourth PGA Tour victory for Piercy and the first since he won the 2015 Barbasol Championship.

Shriners Hospitals for Children Open organizers are welcoming new volunteers for the Oct. 29 to Nov. 4 tournament at TPC Summerlin. A variety of committee assignments are available. Email dmillwood@shrinershospitalsopen.com to register.

Resident rates start as low as $29 at Angel Park, and weekly Tuesday night patio parties with appetizers and half-price drinks start at 6 p.m.

Future stars on, off course