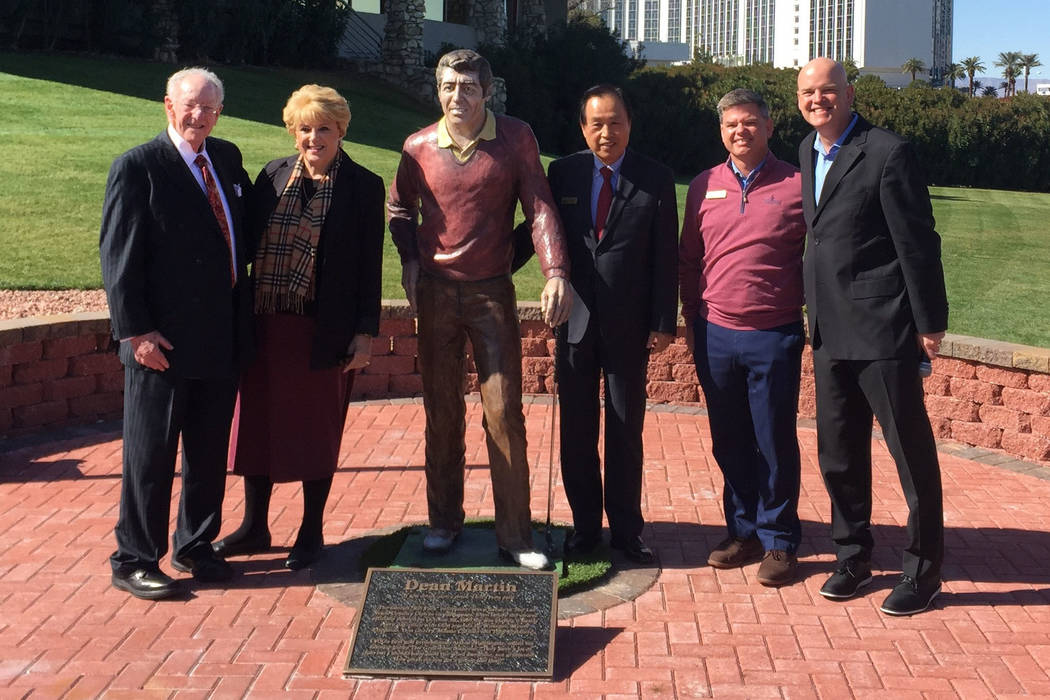 In 1970, a group of members led by Irwin Molasky, Moe Dalitz, Allard Roen and Merv Adelson bought the club and it remained member-owned until Dec. 30, 2017, when it was purchased by South Korea’s Samick Music Corporation, led by chairman J.S. Kim, a regular club guest for decades. Samick is a premier piano and guitar manufacturer.

Last Monday, the new owners re-introduced the private club during a media event that featured current Las Vegas mayor Carolyn Goodman and former mayor Oscar Goodman, who previously were members. The festivities included the “mayors” receiving an honorary membership and the unveiling of a Dean Martin statue. The Rat Pack star played the course regularly in the early days.

Martin was invited to play by the mercurial Arthur Nightingale, the club’s first head professional, and routinely was part of a six some that included Las Vegas notables Tony Frabbiele, Bo Wininger, Don Cherry, Myron Friedman and Minny Cardillo.

“We believe the history of the Las Vegas Country Club is an asset,” club president and former Samick CEO Baik Lee said. “We had two goals when we purchased the club. One was to preserve and embrace the club’s history and the other was to modernize the facility and operations.”

The new owners have invested substantially in the club, and in a day and age when Las Vegas historic buildings and golf courses are imploded regularly, the course, indoor tennis pavilion and architecturally-unique clubhouse will remain.

A strict deed protects the golf course from development and many areas of the clubhouse were renovated including the locker rooms, kitchen and other behind-the-scenes and public areas.

Retired Air Force Lieutenant Colonel Jennifer Alexander was given the Ladies Professional Golf Association Teaching and Club Professional President’s Award during a ceremony held during the PGA Merchandise Show in Orlando in January. Alexander is a site director for the LPGA/USGA Girls Golf program and an instructor at Las Vegas Golf Club.

“To be honored is incredible,” Alexander said. “I was truly surprised. I love being an LPGA TCP member. We have so many talented members who continually inspire me.”

Alexander’s program includes more than 70 girls (and some boys) and she has instructed more than 1,000 kids over the last decade.

The first series of Angel Park’s par 3 leagues begin next week, with play on Tuesday, Wednesday or Thursday evenings.

– For locals through February, golf and lunch is $89 at Bali Hai Sunday thru Thursday and $99 Friday and Saturday.