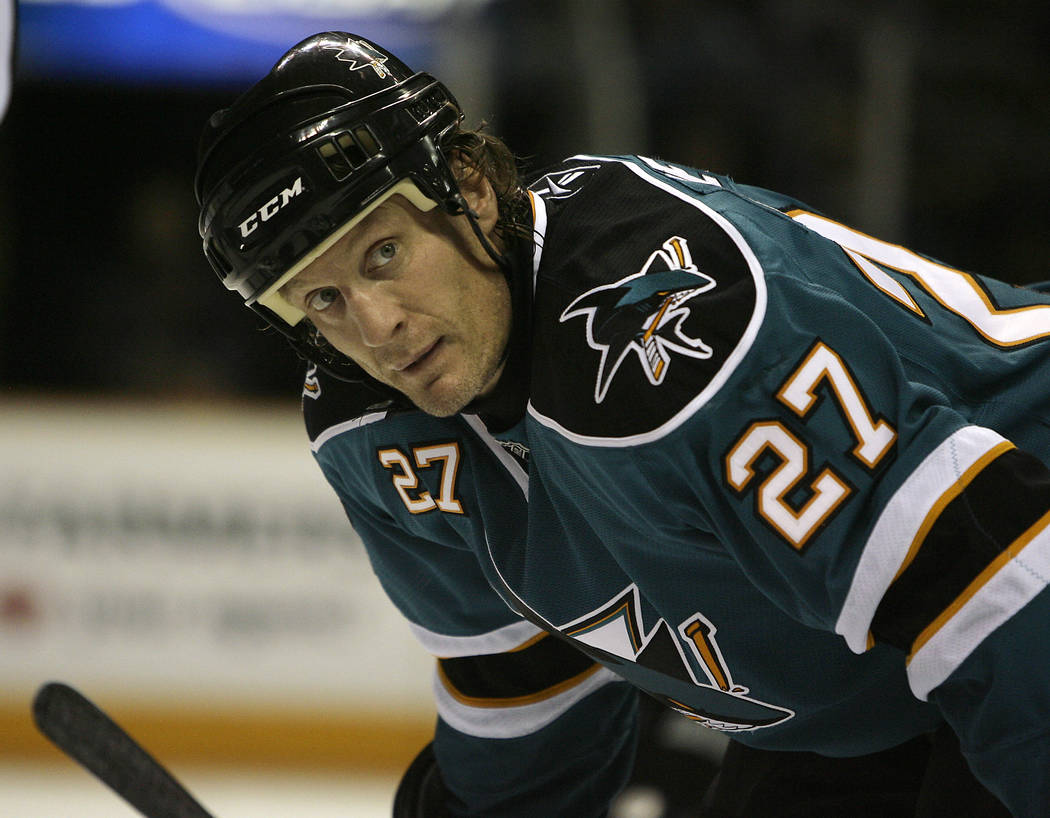 San Jose Sharks center Jeremy Roenick lines up for a face off against the Nashville Predators during the second period of an NHL hockey game in San Jose, Calif., Tuesday, Nov. 11, 2008. (AP Photo/Tony Avelar) 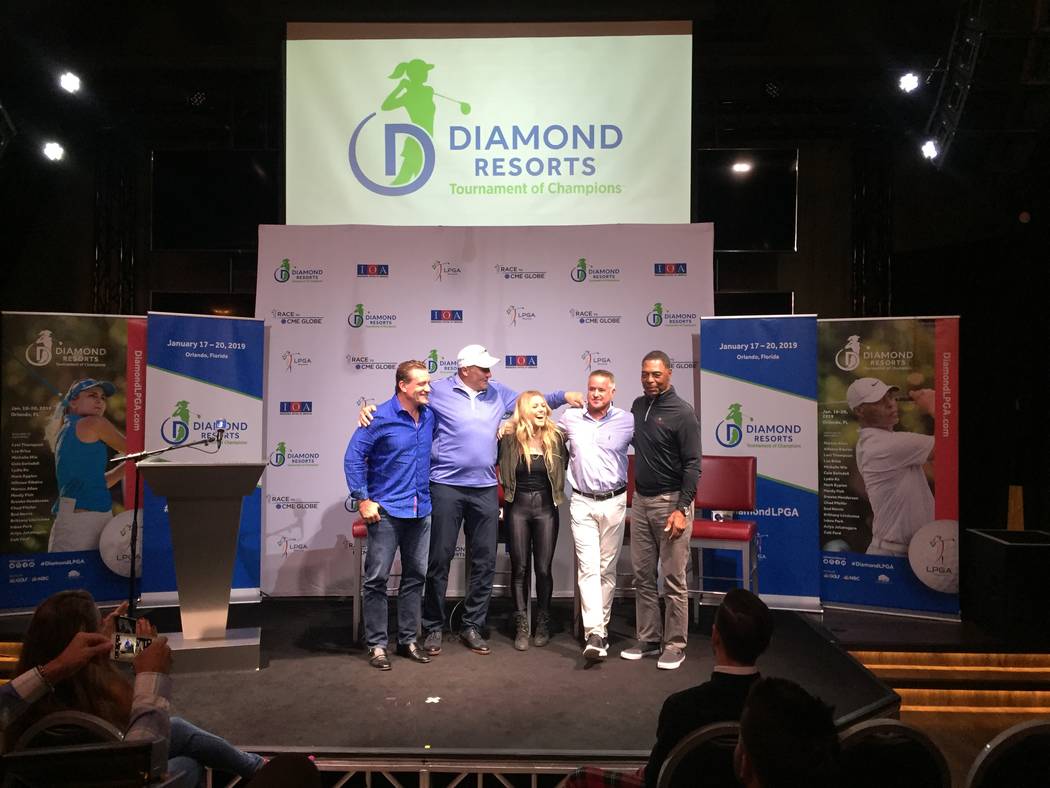 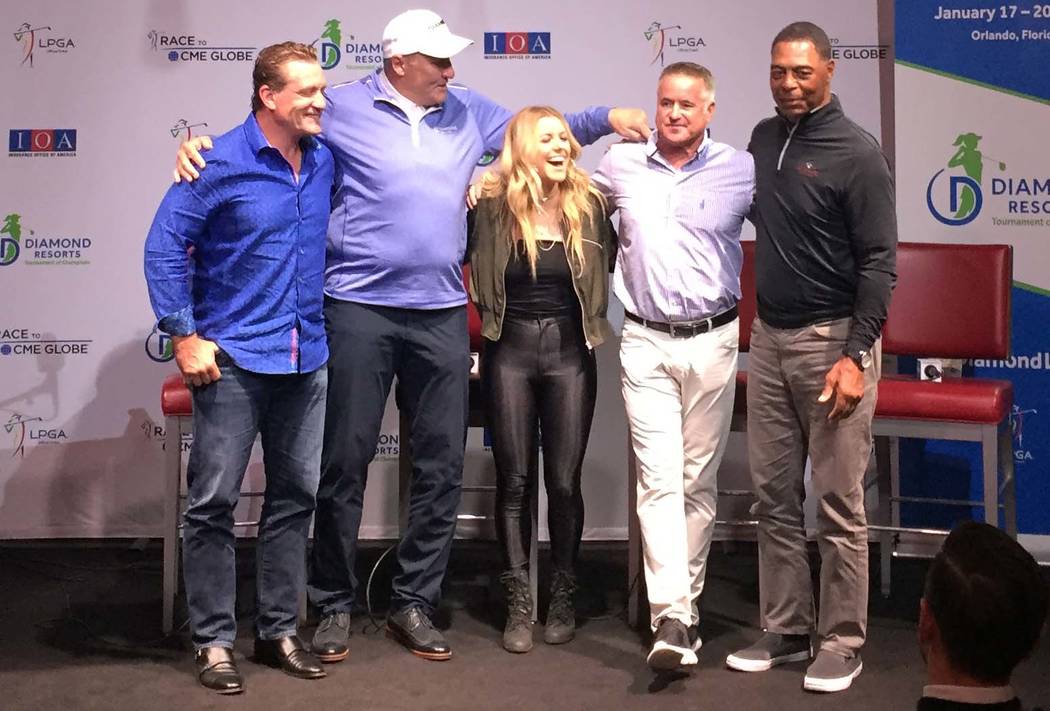 Jeremy Roenick used to swim with Sharks, but he still plays with snakes.

Roenickwas a nine-time National Hockey League all-star and now is an NBC hockey analyst. In his spare time, he wrangles rattlesnakes including a few years ago at Cascata in Boulder City while playing with several San Jose Sharks players.

“I run to them because they are in my yard daily in Arizona in the summer and I’ve probably caught 20-30, even though it’s probably not the smartest thing to do,” said Roenick, who was at the SLS in Las Vegas on Tuesday to announce the new LPGA Tour Diamond Resorts International Tournament of Champions presented by Insurance Office of America.

Former Oakland Raiders superstar Marcus Allen, former Washington Redskins all-pro quarterback Mark Rypien and country singer Lindsay Ell also were at the announcement of the event, which will be played Jan. 17-20 at Tranquilo Golf Club in Florida that will feature 34 LPGA Tour champions including Las Vegas resident Inbee Park plus 43 celebrities and a $1.2 million purse.

“At Cascata, I had just had a conversation with the caddie about Arizona and all the snakes and critters there when all of a sudden on the 16th hole, we see the rattle snake,” Roenick said. “The caddie was totally shocked and said, ‘what are you going to do?’ So, I proceeded to pick it up in my usual way with a couple wedges. The caddie was freaking out, but I wanted to show the boys this snake.

“We had two holes left to play so I emptied out the ice chest and slipped the snake in it. I brought it back to the clubhouse and had the boys come out, thinking they were posing for a photo. I opened up the chest to expose the snake and they freaked. One of my buddies said, ‘Good thing you showed us after the round because I wouldn’t have been able to play if I saw it before.’”

Charley Hoffman, a San Diego native, PGA Tour player and member of the UNLV 1998 national championship team, is now displaying his PGA Tour memorabilia at La Jolla Country Club in the same spot reserved for Gene Littler, who won the Tournament of Champions in Las Vegas from 1955-57.