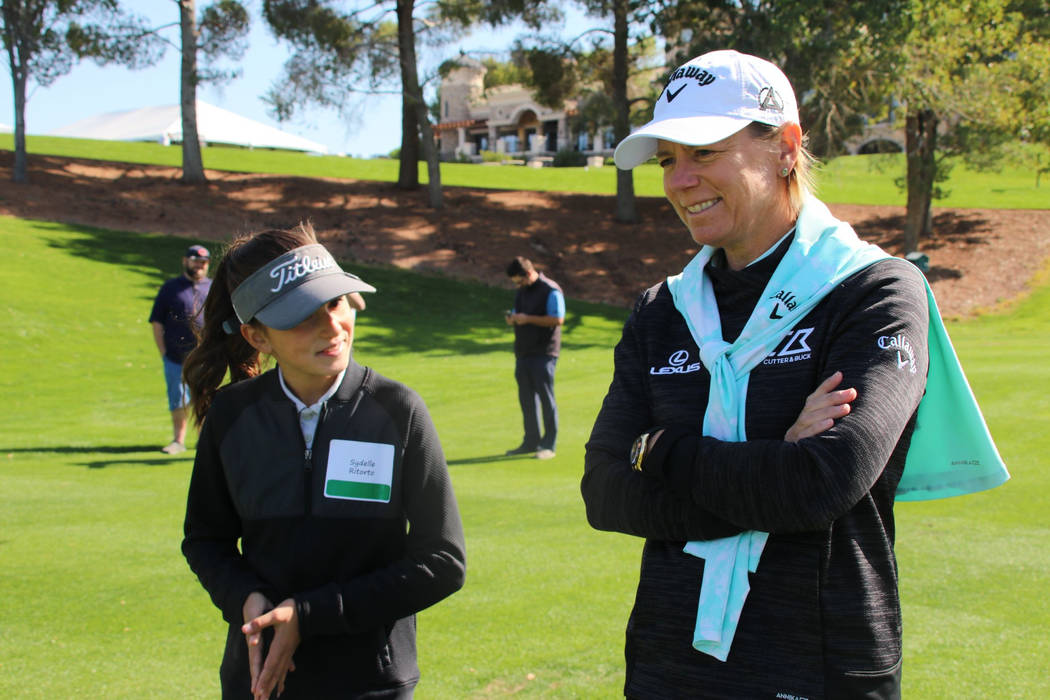 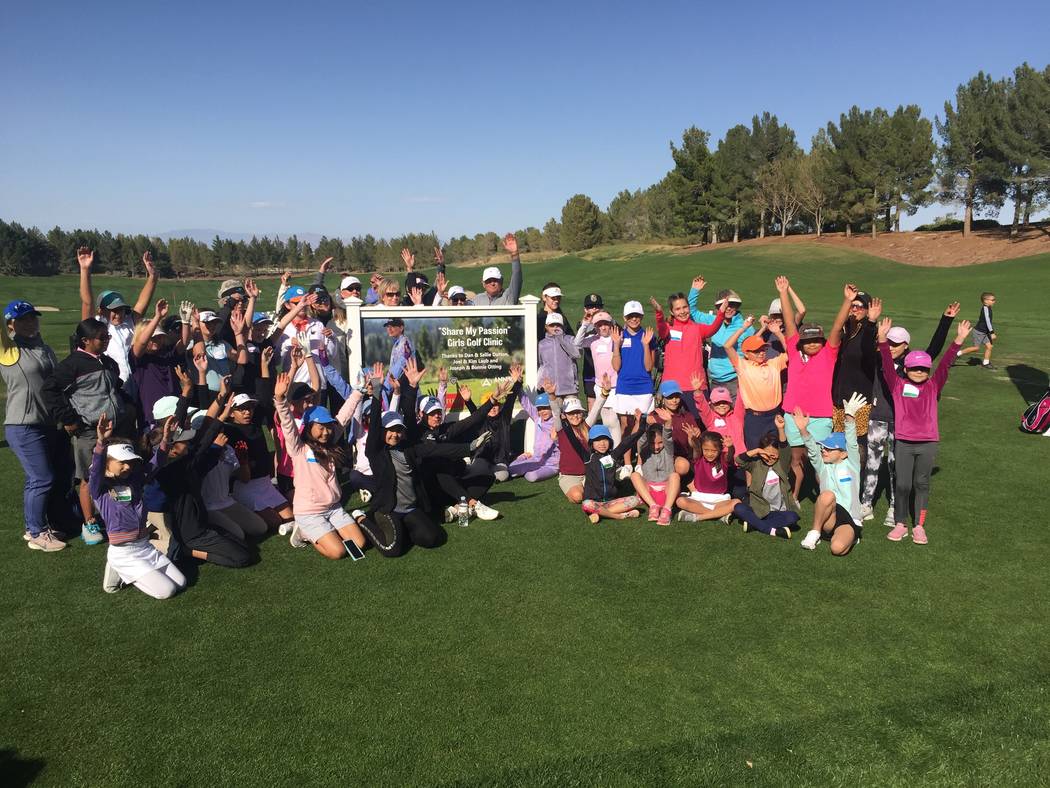 As World Golf Hall of Famer and eight-time LPGA Tour player of the year Annika Sorenstam was giving a clinic to 40 female Southern Nevada golfers ages 6-12 at Southern Highlands on Oct. 27, her husband, Mike, shared a soon-to-be-revealed secret about yet another milestone moment in her career.

Sorenstam, 49, is scheduled to become the first female professional to compete in the PNC Father/Son Challenge at the Ritz/Carlton Golf Club Dec. 8-9 in Orlando. Others playing include Jack Nicklaus, Gary Player, Jim Furyk, Tom Kite and members of their families.

Sorenstam is scheduled to play in the PNC with her father, Tom, who helped lay the foundation for her success.

It won’t be the first time Sorenstam has competed against male tour players. In 2003 she became the first female professional in 58 years to tee it up in a PGA Tour tournament when she played in the Bank of America Colonial.

At the Colonial, Sorenstam was paired with former Las Vegas resident Dean Wilson and missed the cut, but her female empowerment message was heard worldwide. Now Sorenstam continues to inspire through her “Share My Passion” clinics, including the recent Vegas rendition.

“I love to see these young girls play golf because it is such an incredible game that you can play your entire life,” Sorenstam said. “I get inspired by being around them because they are so full of energy and they are so cute.

“They get to come out here, meet other girls and have fun. There are so many things we try to achieve at this stage. I want them to have a good time and see the ball go in the air and get even more inspired to play.”

Sorenstam said her father taught her a long time ago that there are no shortcuts, “and that’s something we try and teach the girls,” she said. “It’s all about going out there and hitting one ball, then hit another. If you want to learn something, it’s all about repetitive motion, but we don’t want it to be boring. On the contrary, we try to make it fun and throw in some games and contests.”

Sorenstam won 93 tournaments and retired from competition in 2008, just three years removed from her final player of the year award. Memories of her playing days will surely flood back during the PNC, but one moment still resonates.

“I am lucky because I had a good career and there were so great many memories. But the U.S. Open in 1995 was my first win and that’s not too shabby,” Sorenstam said.

John Haggerty made a hole-in-one using an 8-iron on the 151-yard, eighth hole at Reflection Bay during the Audi Lake Las Vegas Classic.