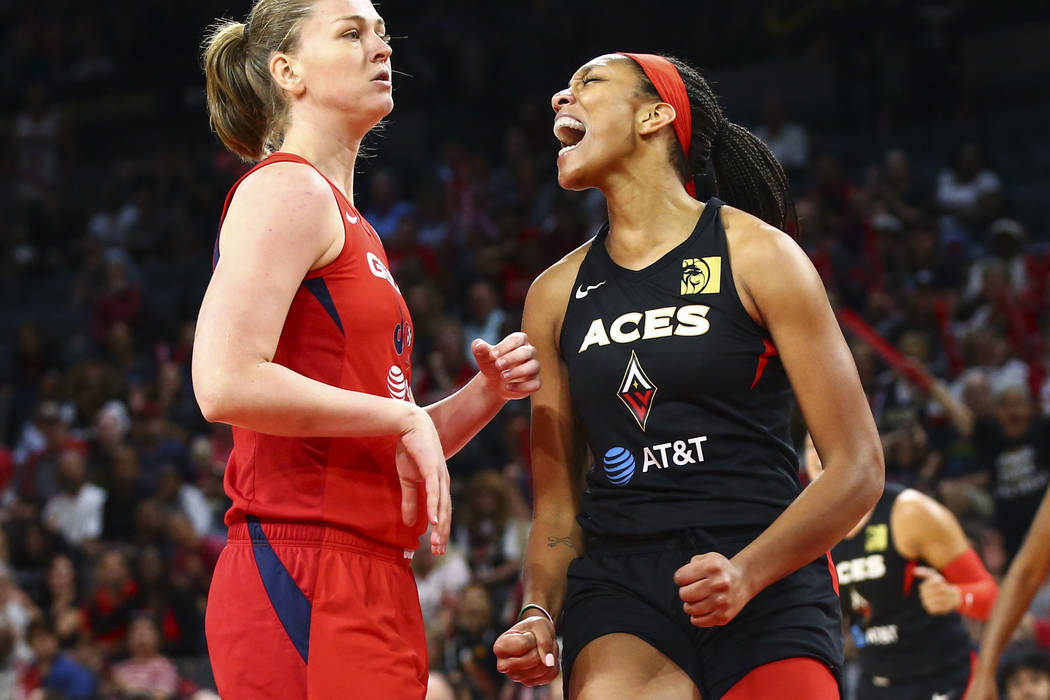 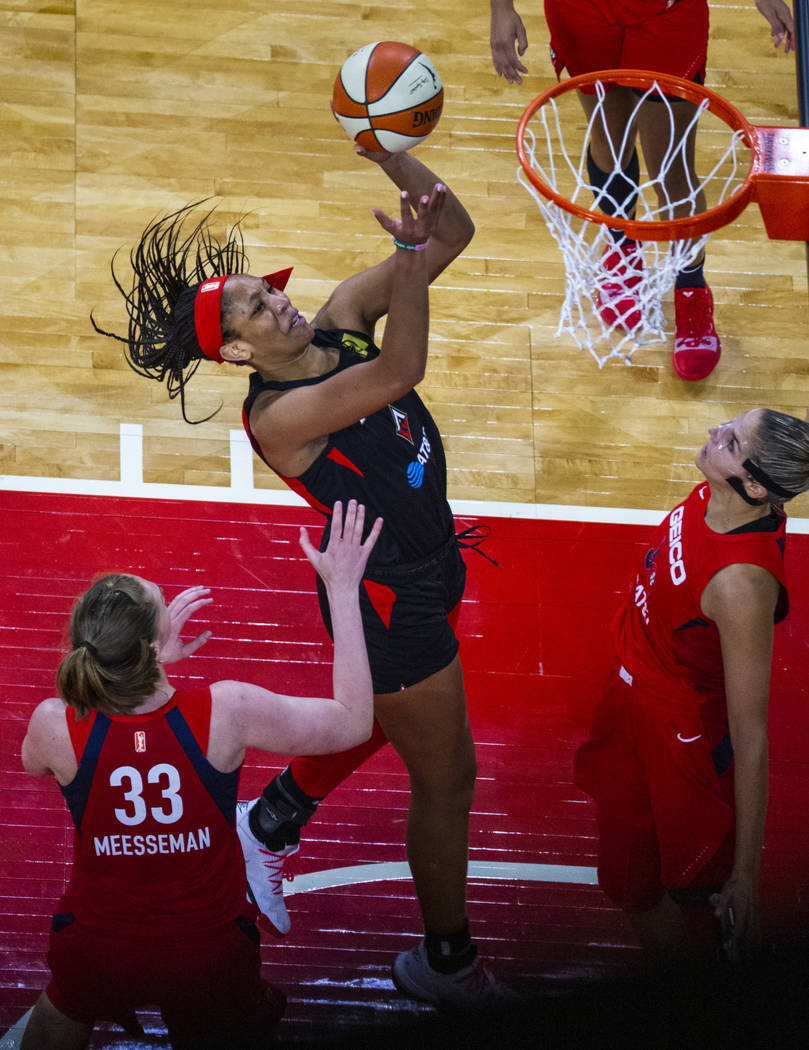 The main narrative from Tuesday night will be about team, about how the Aces were eliminated from the WNBA playoff semifinals by a better side which was expertly coached, how such experience is that which a roster can grow and develop.

A’ja Wilson was the sidebar to such a tale, and yet no less significant.

Washington will return to the league finals following a 94-90 win before an announced and enthusiastic crowd of 5,465 at Mandalay Bay Events Center, closing out the best-of-five series 3-1 because when it counted most down the stretch, the Mystics executed far more than Las Vegas managed stops.

Wilson was on the floor for the final 50.6 seconds and yet didn’t take a shot as the clock and season ticked away in what was a one-possession game until 2.7 remained. It was a microcosm of a forgettable ending to her second professional season.

She spent much of the second half on the bench, despite being the team’s leading scorer in the regular season with a 16.5 average and reigning Rookie of the Year, a player who had never before Tuesday attempted fewer than five shots in a WNBA contest.

She took four in what was an elimination game for the Aces.

“I don’t think it’s something they did to me necessarily,” the 6-foot-4-inch Wilson said. “It’s probably something I did to myself. I think at the end of the day, I have to focus on how can I improve in that situation. They weren’t doing anything too different than they have done throughout the series. It just comes down to me. … That’s the way it is.”

The Mystics credited their defense on Wilson, specifically that of league MVP Elena Delle Donne, for turning the Las Vegas star into a nonfactor.

Aces coach Bill Laimbeer wouldn’t credit Washington at all for Wilson’s struggles, for a final line of four points on 1-of-4 shooting and six rebounds in 26 minutes.

The truth exists somewhere in the middle.

“I think A’ja hit a wall and the whole season came crashing down on her,” Laimbeer said. “Her energy level was nowhere near where it needed to be in a game like this. I don’t fault her. She’s a young player.

“She had a (knee) injury last year overseas and got over it, but did not come into this season in top condition. And throughout the course of the season, she didn’t work on her conditioning or the individual (parts) of her game that are necessary to compete in this environment.

“I don’t think she understood how hard this is. A’ja was her own worst enemy today.”

Here’s the thing: Wilson had 21 points and eight rebounds in a Game 3 win against Washington on Sunday.

She just didn’t play well Tuesday. Yet the coaching staff certainly could have done a better job ensuring she had more touches, especially over a first half that saw her log 17 minutes.

She missed nine games late in the season with an ankle injury, returned at Chicago in August and promptly went for 25 points.

If conditioning was that big of an issue, her numbers rarely showed it and nobody seemed to mention it.

It’s also true that Delle Donne, when she wasn’t scoring 25 points and beating the Aces at one end, did a better-than-average job on Wilson. The Mystics had a primary focus following their Game 3 loss: Make it tougher on the Aces to enter the ball into the post, don’t get bullied like Sunday, stop allowing so many layups.

A big part of that was shutting down Wilson.

“I think A’ja was hesitant,” Washington point guard Natasha Cloud said. “If I’m her teammates, I’m telling her to shoot the ball because they depend so much on that. This was a big game and her first experience in the playoffs. She’s only going to get better from it. She’s a phenomenal player.”

Laimbeer said he believes a handful of Aces will choose not to head overseas this offseason and instead remain in Las Vegas to work on their games, preparing for what will be a third season here for the franchise.

He didn’t say whether Wilson would join them.

“I will say,” Laimbeer offered, “that I will live and die with A’ja Wilson all day long.”