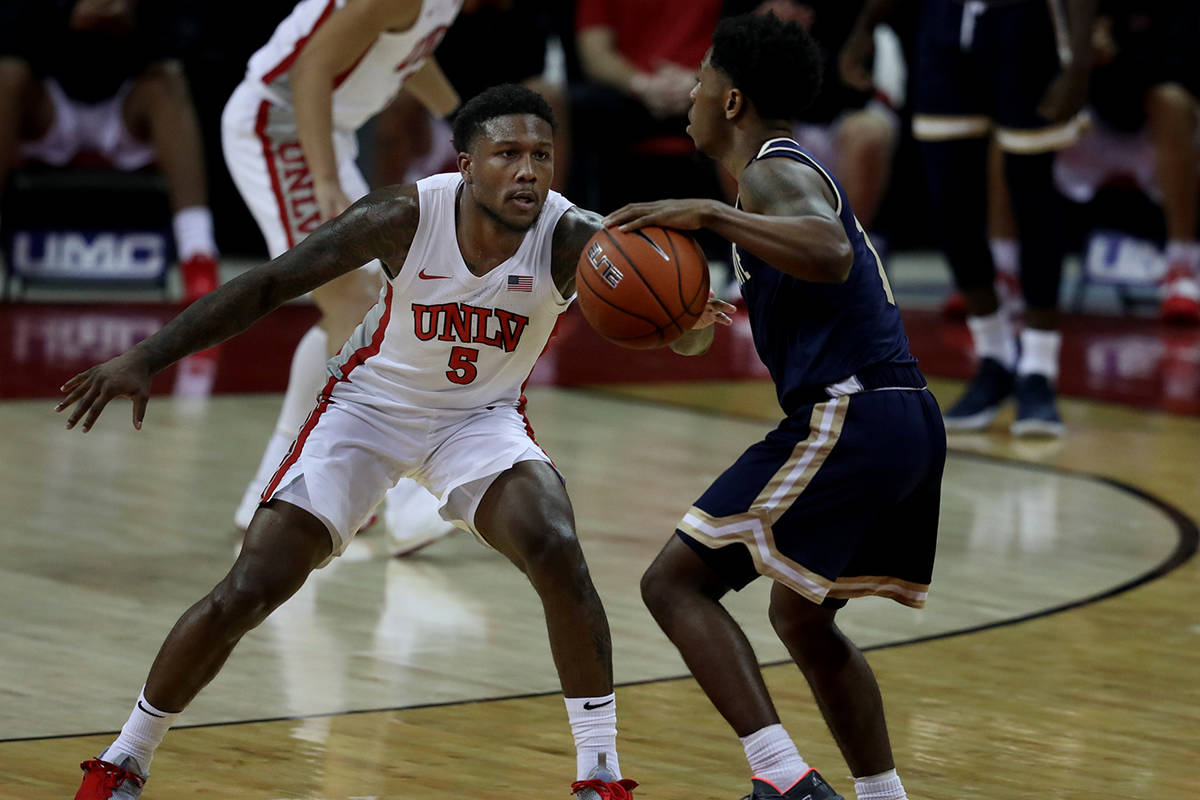 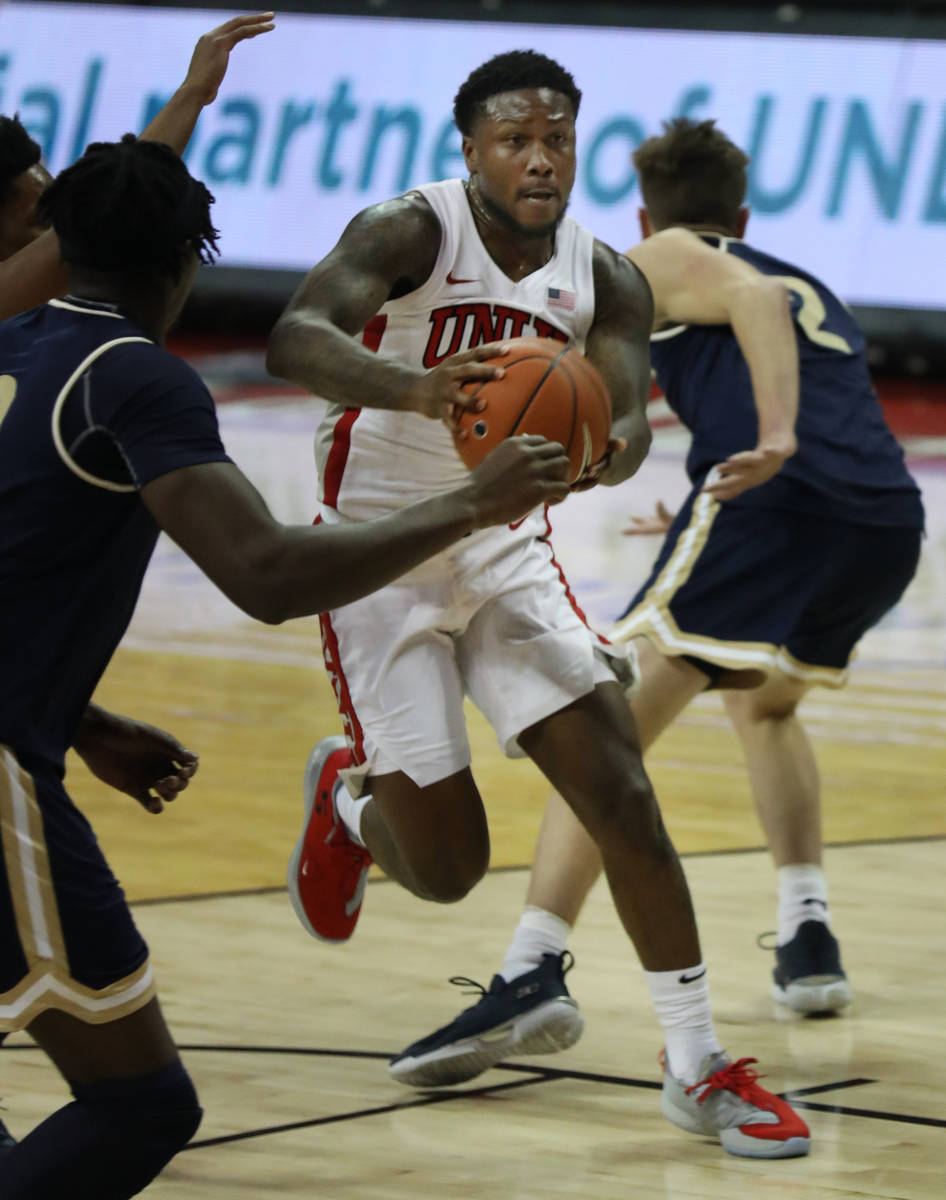 Every pass. Every shot. Every cut. Every make. Every miss.

Followed the guy who is expected to do so much for UNLV basketball this season.

Jenkins is the junior transfer from South Dakota State, the guard who followed T.J. Otzelberger to UNLV when the latter was named head coach last year.

I’m not sure which one landed on campus with more fanfare, although the fact Otzelberger arrived in a helicopter sort of afforded him the edge.

It can be unfair, the hype and expectations bestowed on a transfer player by various forces, be it his coach or the media or fans hoping their excitement will be justified.

You would be surprised how loud certain whispers about a player become when he is practicing behind closed doors for a year. Surprised how embellished evaluations are most of the time.

But we’re also talking about a UNLV program that hasn’t made the NCAA Tournament since 2013. Its fan base isn’t just hungry for a winning product. It’s starving. Like crawling through the Sahara for days in July famished with no food and water.

So when it’s suggested a player like Jenkins might be the missing piece to UNLV again existing among the best Mountain West teams and, in turn, an NCAA-worthy side, assumptions are made before he ever laces them up for real in a Rebels uniform.

To say that he has struggled is an understatement. Jenkins is averaging 7.6 points while shooting just 22 percent; he has also made just 6 of 23 3s. His defense is seriously lacking, but that appears status quo with UNLV guards. There isn’t an above-average perimeter defender among them.

The Rebels haven’t, except for sophomore Caleb Grill, shot the ball well at all. Grill was terrific in the loss Tuesday, scoring a career-high 27 while making 7 of 12 3s. Jenkins scored 12 points on 4-of-14 shooting. He had no rebounds and one assist in 24 minutes.

“David has been a guy who has always had a chip on his shoulder, a guy who has always been doubted,” Otzelberger said. “We need to get David back to that guy. I have to take on that pressure for him with some of the accolades and recognitions that have come his way. I need to wear that and take that on.

“He just needs to relax and be that guy from Tacoma who fell in love with this game with that chip on his shoulder and played hard.”

There is also this: Despite Otzelberger having said some of Jenkins’ best games at South Dakota State came against non-conference teams from power conferences, the transition from a Summit League existence to now was always going to take time.

North Carolina and Alabama are huge steps up. The Mountain West will be a big step up. He will be guarded by more length and athleticism than he saw with the Jackrabbits.

He also played with Mike Daum — one of the finest college players at any level — at South Dakota State. Jenkins doesn’t have near that level of a frontcourt threat to play off of now. The onus is more on him to produce. It’s tough for him right now just to create space. He can’t get going at either end yet.

He can score. You don’t average 20 points and shoot 46 percent on 3s as a sophomore and forget how to find the basket. But things haven’t gone well thus far for him or the Rebels, who next face Davidson in the seventh-place game Wednesday night at 6:30 on ESPN2.

“There were a couple moments tonight when we saw glimpses (with Jenkins),” Otzelberger said. “I know what he can do and he has to stay the course by embracing the things that are difficult like defending and rebounding. And then I think his offense will come back to him.”

Three games is just that. Nothing.

So in the world of expectations, allow David Jenkins Jr. time to figure things out.

After all, it wasn’t him who fired up the hype train.