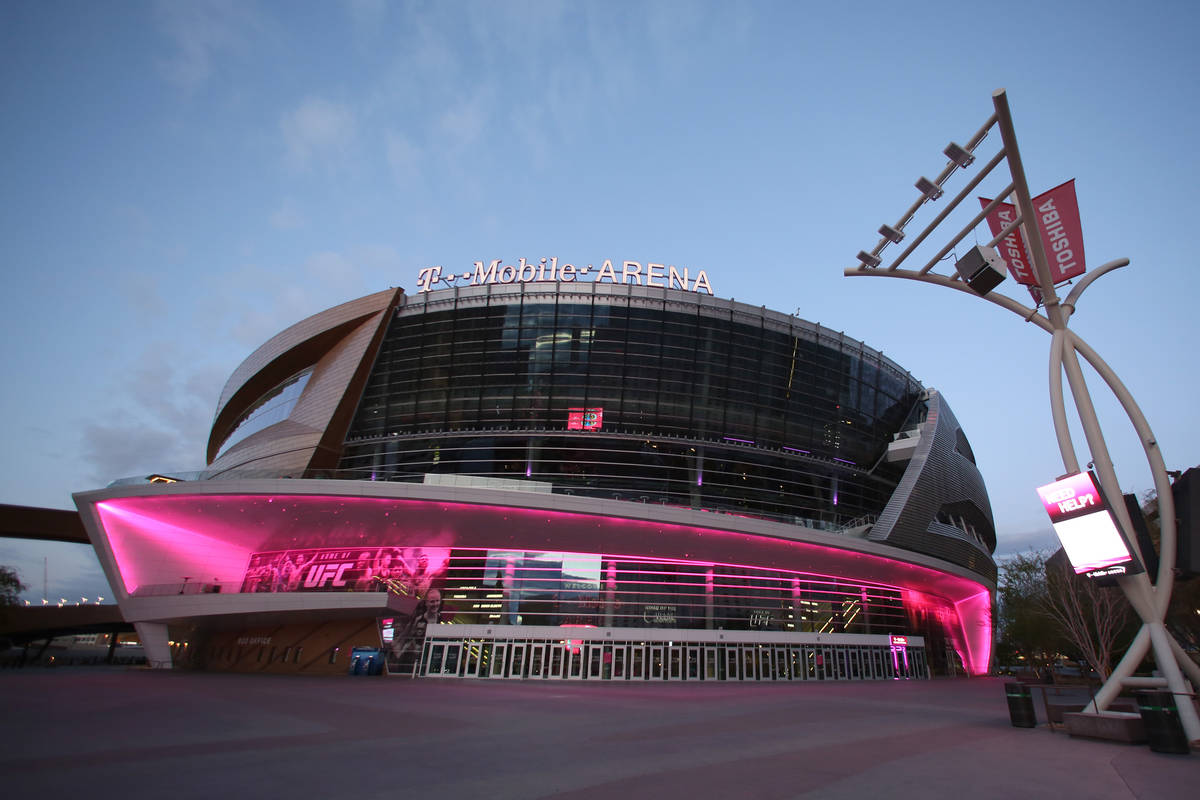 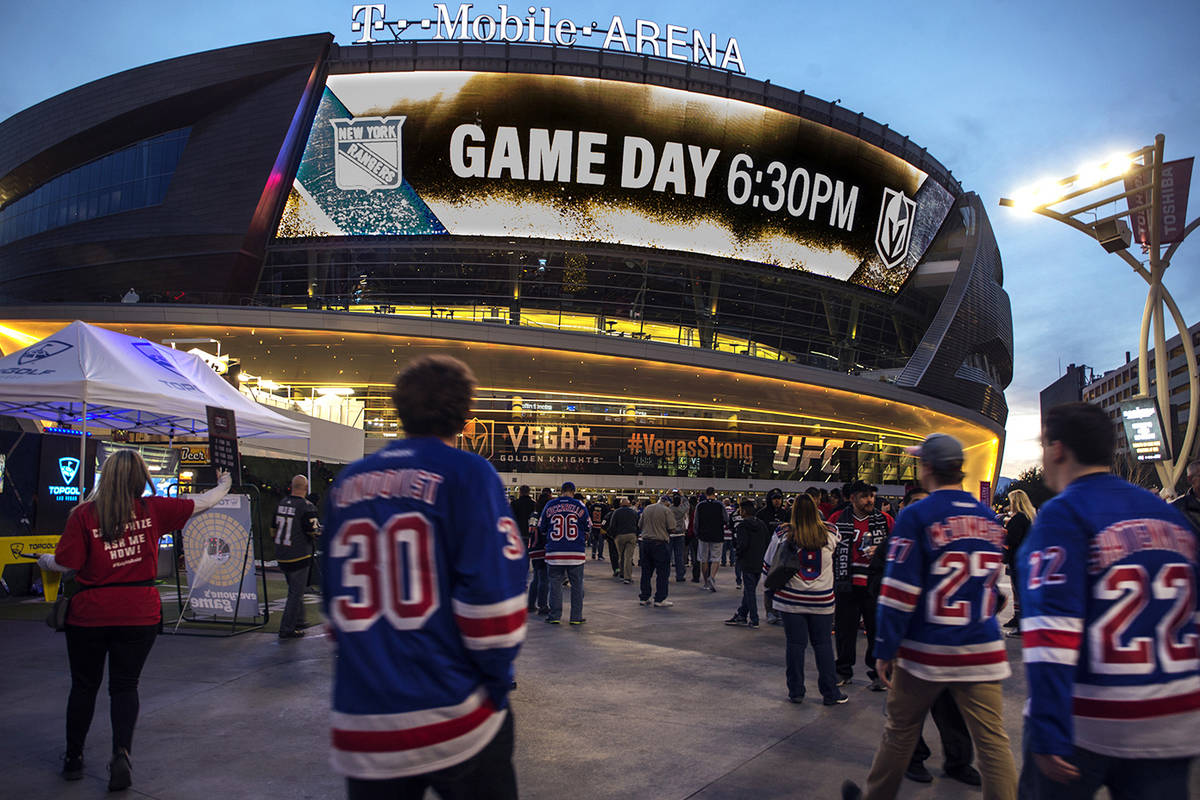 In this Jan. 7, 2018, file photo, New York Rangers fans arrive at T-Mobile Arena for an NHL hockey game between the Rangers and the Vegas Golden Knights in Las Vegas. (AP Photo/L.E. Baskow, File) 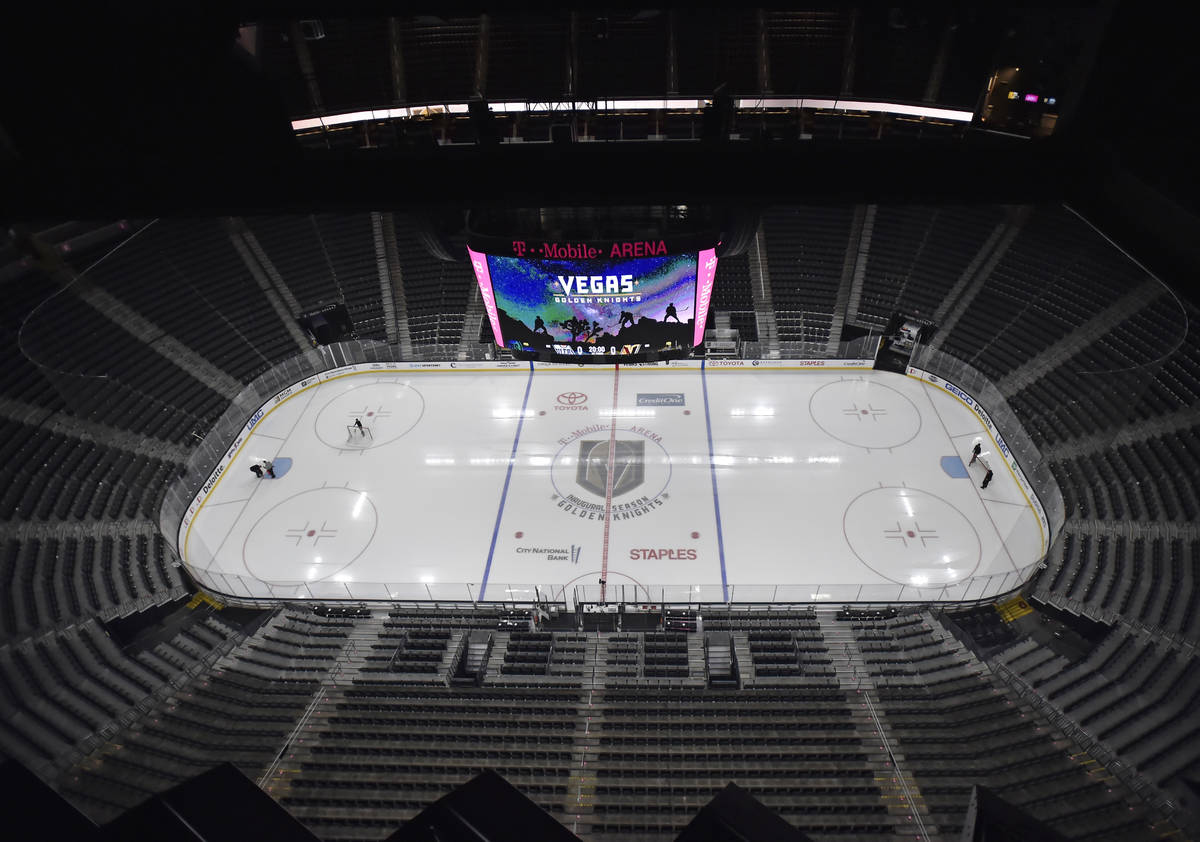 Workmen prepare the T-Mobile Arena ice before the start of an NHL hockey game between the Vegas Golden Knights and the Edmonton Oilers Thursday, Feb. 15, 2018, in Las Vegas. (AP Photo/David Becker)

In a time of chaos and confusion, the NHL apparently has made the logical choice.

Las Vegas reportedly won’t be a hub city when the league returns to play and, given its recent surge of COVID-19 cases, had no business being considered at this point.

Congratulations, then, We The North.

Canada Day was celebrated Wednesday, and its people had more to toast than remembering the unification of three separate colonies. Toronto and Edmonton have been reported as the two hubs in which the NHL will play out its season.

There is no right or wrong decision in the midst of a global pandemic. There is only intuition based on science and common sense.

Southern Nevada is failing at the latter.

Safety is a relative term right now depending on the dot on the world’s map where you exist. But it appears the league has determined it can keep players and team personnel better protected in the provinces of Ontario and Alberta.

From the outset of the NHL announcing 10 cities as potential spots for two hubs in which to hold its 24-team tournament, Las Vegas was thought to be the front-runner. More a sure thing than Connor McDavid winning a sprint around the ice.

But a not-so-funny thing happened to T-Mobile Arena’s chances of acting as host to one of two conferences and perhaps a Stanley Cup Final. To an MGM property housing countless teams. To the Golden Knights making a run at a championship in the friendly, albeit empty, confines of their home rink.

Understand. While 509 new COVID-19 cases and four additional deaths in Clark County were reported Wednesday over the previous 24 hours and a daily average of 559 cases the previous week, not nearly all infected were careless in protecting themselves or followers of hockey.

But this is also fact: Gov. Steve Sisolak didn’t sign an emergency directive extending the length of Phase Two through the end of July because, in large part, we as a city are being responsible when it comes to following protocols. Just the opposite.

Infection rates continue to rise, and at least part of the reason are those who refuse to follow face-covering orders. Nevada now has the highest rate of coronavirus transmission in the country.

Truth is, we’re likely closer to returning to Phase One than advancing to Phase Three. And wouldn’t that create some lovely CNN interviews from the mayor.

This isn’t April, when the NFL draft was canceled after being scheduled to be staged on and around the Strip. We weren’t then as a city — as a world, even — overly educated about the propensity of COVID-19 spreading so mercilessly as now.

We couldn’t predict what have become frightening numbers.

And yet as July arrives, a town built on gaming continues to feature both locals and tourists alike who refuse to wear masks or abide by social distance warnings while gambling with their health and that of others.

Losing the draft and its revenue streams created by tourism and not being named an NHL hub city doesn’t compare in any manner. The NFL spectacle never arriving was a direct hit to our coffers. Hundreds of millions of dollars.

For a hockey tournament played in front of no fans, nobody beyond the teams and their internal staffing and league officials and perhaps some media were coming to Las Vegas.

This is more an indirect hit to our reputation, given how cavalier many have become about the virus.

Things are getting worse across the United States. Cases are surging. We’re spiking from one coast to the next. College students with the virus are purposely engaging others while offering money to who becomes infected first.

It’s all so absurd.

Canada is a much smaller country, sure, but its percentage of daily cases and death rates are such that choosing two of its cities as hubs is the only practical call. It has been trending in the right direction for some time. It also has a lot of ice.

It’s not perfect. Nowhere is. Maybe it would be in Antarctica — a breezy minus-61 degrees Wednesday — but then Golden Knights goalie Marc-Andre Fleury would slide off some glacier while making a save and fall into the sea.

But, hey, at least he’d be wearing a mask.