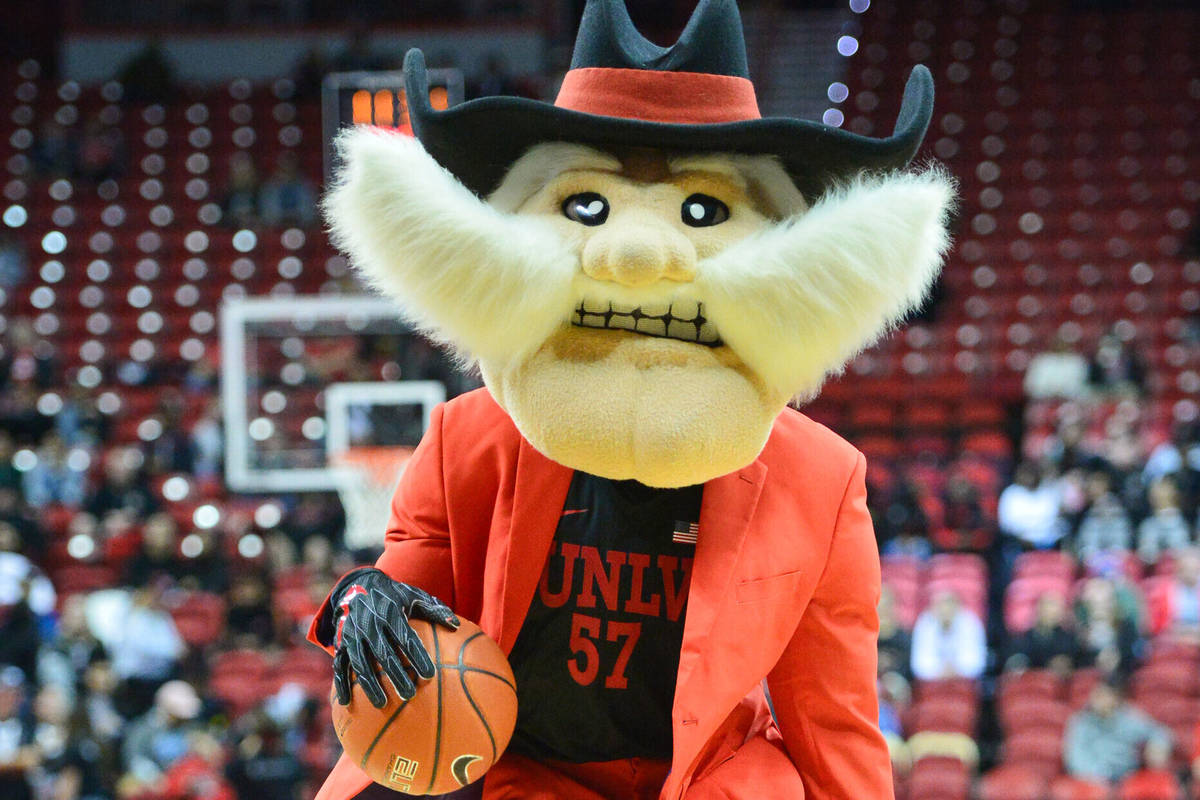 Let me get this straight: UNLV made a major decision Tuesday about how its university is depicted globally, and all it did was eliminate the dude with a bushy mustache and floppy hat?

This is walking a political line without choosing on which side to exist. Which is probably what would have happened most anywhere in 2021.

Keith Whitfield is the new university president who announced the school’s Hey Reb! mascot has been retired. There are no plans to bring it back. Other universities get along without a mascot. That part isn’t much of a story.

What is a story is that UNLV kept the nickname Rebels.

Do you agree with @unlv's decision to retire the Hey Reb! mascot?

Do you think UNLV should change the Rebels nickname?

When the university in June of last year removed the Hey Reb! statue from in front of the Tam Alumni Center, it was thought it was another symbol that defined racism and persecution across the United States. So they loaded it on a flatbed truck and drove it away from its home since 2007.

But more than any statue or mascot or overpriced new logo that was rightly lambasted and eventually discarded, many have considered the school’s nickname its clearest tie to the Confederacy. That, like others with the same nickname at all levels of athletics, it will always infer a direct line to rebel soldiers who fought to maintain slavery during the Civil War.

Others at UNLV strongly disagree, insisting the nickname dates to the school’s emergence from the shadow of UNR.

“Personally, I have always viewed the term ‘Rebels’ as a strong, nationally recognized brand synonymous with UNLV,” Whitfield wrote in a letter to the university community as the spring semester commenced. “I believe the word ‘rebel’ represents an attitude or spirit. It captures the essence of an iconic city that is unconventional and celebrates its independence, tenacity and resiliency. Rebels have a purpose or motivation for a greater cause and are not afraid to take risks to make incredible things happen.”

Look. This is business. Whitfield is correct about the brand. It’s much easier — not to mention cheaper — to ditch a mascot than the nickname your university has been known by since the mid-1950s. It takes decades and a whole lot of money to create such identification.

You would also find far more folks who identify the Rebels with a certain college basketball team of the early 1990s than anything inherently racist.

But we live in a different culture now, different sensitivities. There are people on both sides of the issue. And those of an old-school variety — those who pay most of your receipts and supply most of your donations and likely supported and perhaps approved the hiring of Whitfield — are almost always going to oppose change.

It’s like when a conference announces it will begin streaming football and basketball games. Some fans don’t know how to watch on computers. You need to be sensitive to that.

So while there was undoubtedly support both for or against the mascot and nickname, eliminating Hey Reb! acts as a way to appease some and not totally dismiss others. You’re never going to find universal consensus. So you walk the political line and make it appear as if you have done something major, even when you haven’t.

I feel worse for whoever wore the Hey Reb! costume and performed at athletic and other UNLV-related events. Out of a gig. Has been for some time now. When the statue was removed, so too did UNLV pretty much banish its mascot from public appearances.

Maybe the person can fill in for Chance when the Golden Knights mascot goes on vacation.

You want a real rebellion? Suggest changing that team’s nickname in this town.