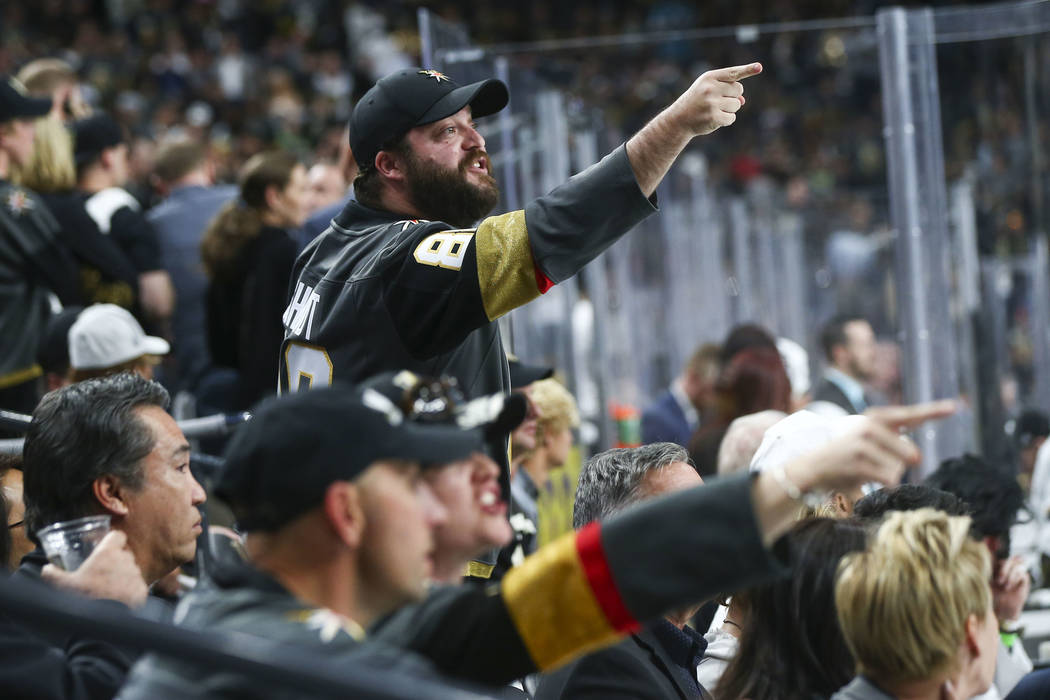 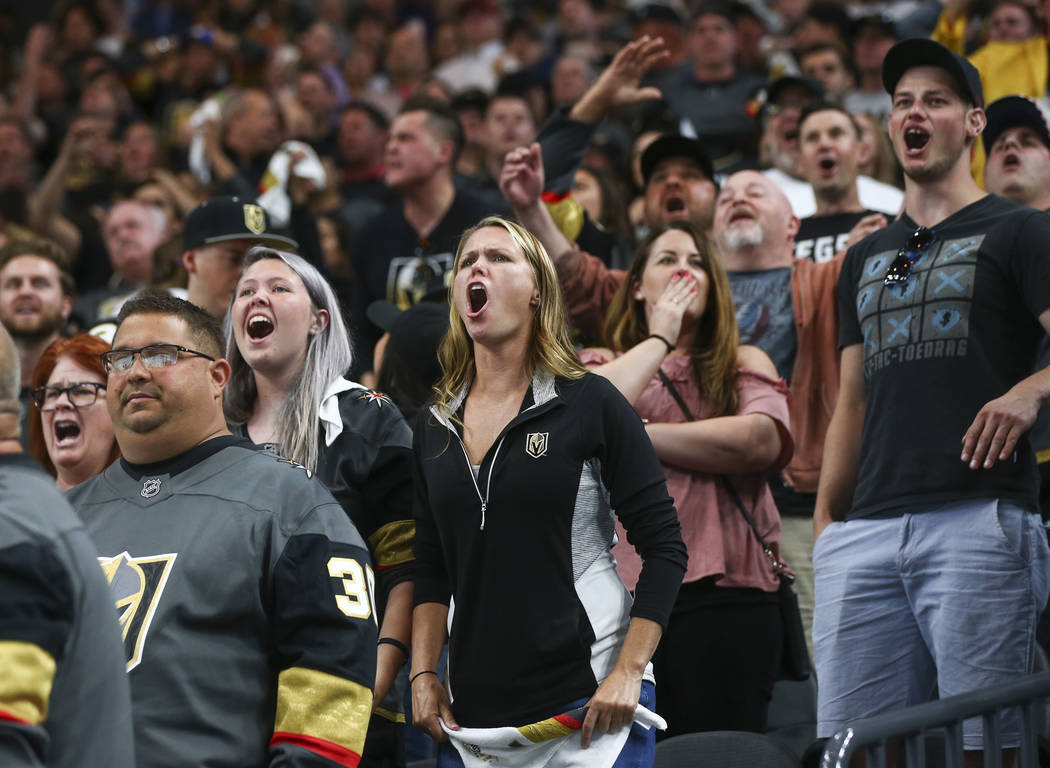 Gerard Gallant has said it so often this NHL season, you at times wondered if there was a clause in his contract that stipulated he promote the idea.

That, in short, the Golden Knights are not a team motivated by retaliatory actions or one that takes many foolish penalties.

Then his team went out and played the exact opposite.

The best-of-seven Western Conference series between Vegas and San Jose is tied at a game apiece and deservedly so, this after the Sharks beat the Golden Knights 4-3 in double overtime on Saturday night before a season-high announced gathering of 18,671 at T-Mobile Arena.

They might have played nearly 95 minutes, but Vegas lost its chance to take a definitive lead in the series in the second period when it allowed three goals and by then had already amassed a season-high in penalties for a game.

The Knights would be penalized 11 times for 22 minutes in all and it was more than fitting that San Jose scored the game winner via a power play goal, as Jon Merrill was sent off for hooking and the Sharks ended things off Logan Couture’s blast past Marc-Andre Fleury.

Bottom line: Vegas for much of the evening tried to be something it’s not and paid an ultimate price.

Vegas for much of the evening wasn’t very good at anything.

“I wasn’t too happy about it, to be honest,” Gallant said. “They had seven power plays (really nine, but two ended almost immediately in San Jose goals, including the final one) and we had one, so I wasn’t too happy.

“We better be ready for (Game 3 on Monday night) because we didn’t show up 45 minutes. (San Jose) was the better team all night. We weren’t prepared to play. We weren’t fast or quick. We were lethargic most of the night and that’s on us.”

Vegas ranked second among NHL teams in penalty minutes with an average of just 6.8, but chose its most important game of the season thus far to be its most undisciplined.

Fact: Even while holding a 2-0 lead early in the second period, Vegas wasn’t the better side.

It wasn’t doing much at all consistently.

David Perron went to the box three times. Merrill and Colin Miller were each sent off twice. It was a parade of Knights for roughing and hooking and slashing and holding and high-sticking.

“We didn’t start playing before the third period,” said Knights forward Pierre-Edouard Bellemare. “If we get back to our way of playing right from the get-go, we should be fine.

“Obviously, you don’t want that many (penalties) and have to kill (power plays) that much, but it’s the playoffs and the second round. Calls are the calls. It gets tighter out there and sometimes you make mistakes. Simple as that.”

The game will also be remembered for two goalie interference calls, and for those not watching through Vegas-colored glasses — does anyone like that still exist? — both were correct.

The first came after a second Brent Burns goal gave the Sharks a 3-2 lead in the second period. The Knights felt Fleury was interfered with, but replays showed Miller pushed Timo Meier into the Vegas goaltender.

The second disallowed what would have been a game-winner from Jonathan Marchessault for Vegas late in the first overtime. But before scoring, Marchessault hit San Jose goalie Martin Jones’ blocker and spun him, not allowing Jones to recover and make a play on the shot.

That the Knights has such a chance at all is surprising, having been outshot 47-29 and totally outplayed in 4-on-4 situations, twice during which the Sharks scored.

Here’s what Vegas can lean on heading to San Jose: It was 22-14-5 on the road during the regular season and won both games in Los Angeles in the first round of these playoffs. The Knights have been resilient in the face of adversity.

Besides, it was never going to be a 7-0 margin as in Thursday’s win by Vegas.

It wasn’t going to be close to that.

“We were better and got the result we deserved.”

The Knights on Saturday tried being something they’re not and had they won, would have done so in spite of themselves.

The series is 1-1 for a reason — because it should be.