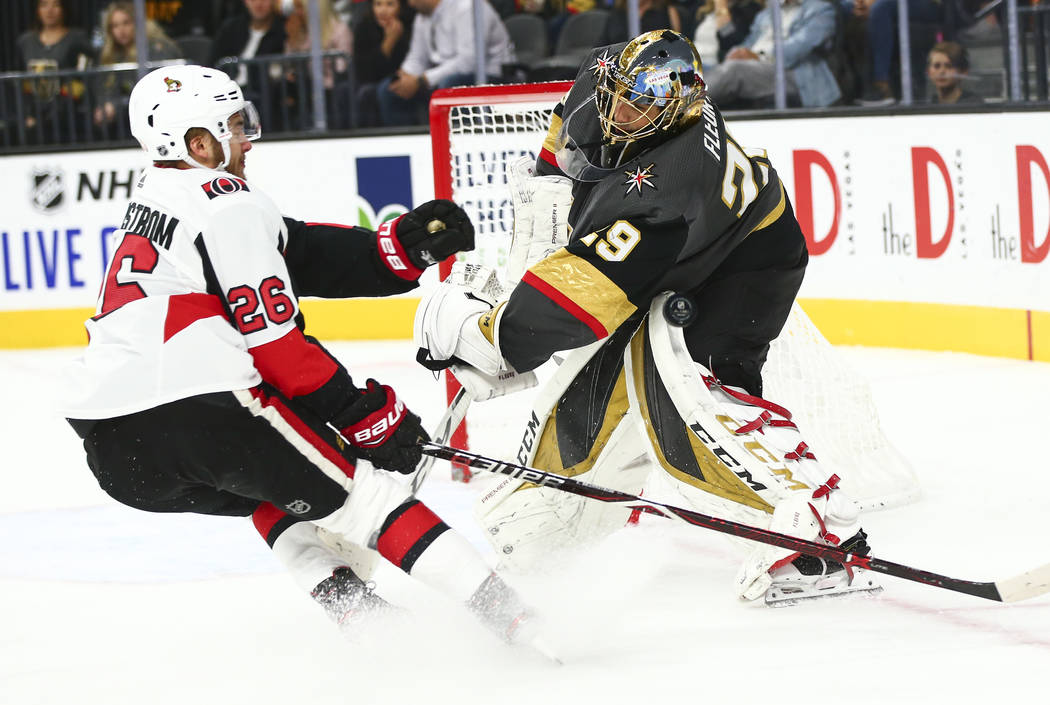 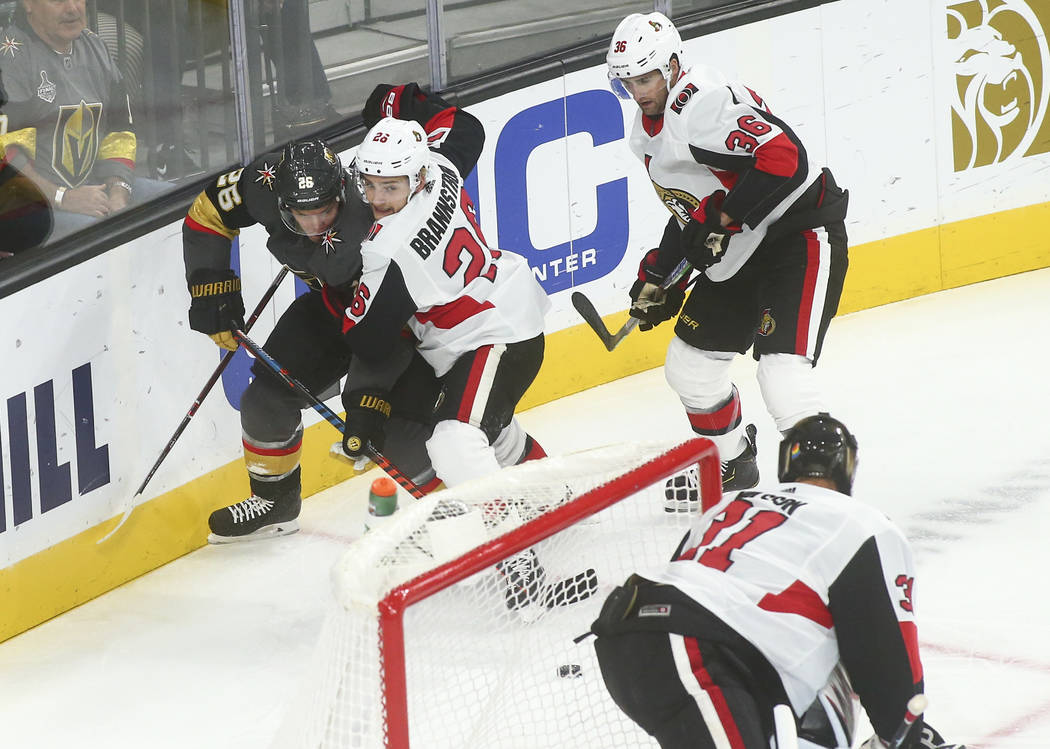 It began with his size, because the first time most hockey fans in Las Vegas saw Erik Brannstrom, he looked as if he should be picking up after NHL players and not skating alongside them.

Then came the speed, the ease at which he drifted back and forth across 200 feet of ice.

This was at the Las Vegas Ice Center, the inaugural development camp in June 2017 for the then-expansion Golden Knights, the team’s practice facility with City National Arena not completed and the town getting its first glimpse at those prospects drafted days earlier.

And of those selected in the first round by the Knights — Cody Glass at No. 6, Nick Suzuki at No. 13 and Brannstrom at No. 15 — none captured the interest of most watching like the Swedish defenseman small in stature at a listed 5 feet 10 inches and yet sizable in skill.

Is it possible to have earned cult hero status as an athlete without having played a regular-season game for a specific franchise?

Brannstrom has more than tested the theory.

He finally played in a game that mattered at T-Mobile Arena on Thursday night, only Brannstrom was wearing the sweater of visiting Ottawa in a matchup that would see the Knights prevail with a 3-2 shootout victory.

He played in Las Vegas in preseason games with the Knights, and by that time the infatuation fans had for him had reached immense levels.

The Brannwagon was full to capacity.

“A lot still follow me on Instagram, which is nice that they still care about me,” Brannstrom said. “I loved my time with (the organization), both in Las Vegas and with (the team’s American Hockey League side in Chicago).

“They had a Brannwagon train going around the arena every time I scored in Chicago. That was pretty cool.”

He spoke inside the visitor’s locker room at T-Mobile Arena because the Knights made a trade deadline move in February for one of the NHL’s finest forwards in Mark Stone.

For this, they shipped Brannstrom, center Oscar Lindberg (now playing in Switzerland) and a 2020 second-round pick to Ottawa, where the defenseman small in stature but sizable in skill made the team out of camp this season after playing in two games for the Senators last season.

He’s joined on the second D-pair by veteran Ron Hainsey, and this more than anything else should hasten Brannstrom’s development as an NHL player.

Hainsey has played in more than 1,000 games and won a Stanley Cup with the Pittsburgh Penguins, meaning there couldn’t be a deeper pool of knowledge from which to draw for a 20-year-old rookie.

“Other than talking to him on a personal basis, I haven’t coached (Brannstrom) much,” Ottawa coach D.J. Smith said. “He’s well ahead of where I would have guessed if you asked me over the summer. I knew offensively he could move the puck and jump in the rush, but his hockey sense and compete level is really high. I see him getting better every night.

“This kid is going to be a really good hockey player.”

‘They got Mark Stone’

Stone has been a great one for some time, and the Knights made sure he would be in Las Vegas for the foreseeable future, signing him to an eight-year, $76 million contract after making the deal.

But in receiving a top prospect such as Brannstrom — his value is the reason a second-round draft pick was included and not a first — the Senators added a significant piece to their rebuild.

He has one assist in six games and is part of the second power-play unit. But most in Ottawa are unaware of the fascination that Knights fans hold for him.

“I’m getting more and more comfortable with each game,” said Brannstrom, who logged the least amount of ice time (14:57) for Ottawa defensemen against the Knights. “I need to work on some things in the D zone and gain more confidence in the offensive zone, but I think I’m headed in the right direction.

“I’m glad to be in Ottawa. They have given me a chance to be an NHL player right away. I was in Chicago when the trade (occurred), so it was’t too crazy. But I understood. It was fun to be part of it.