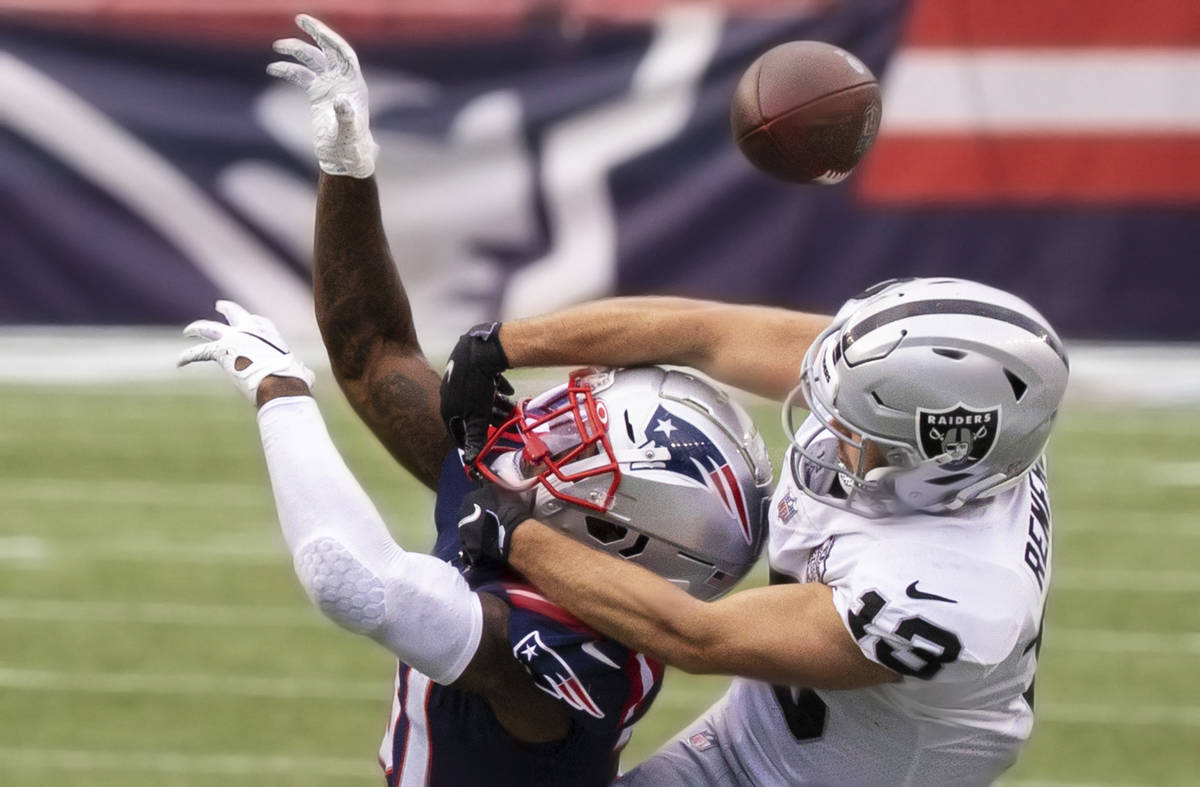 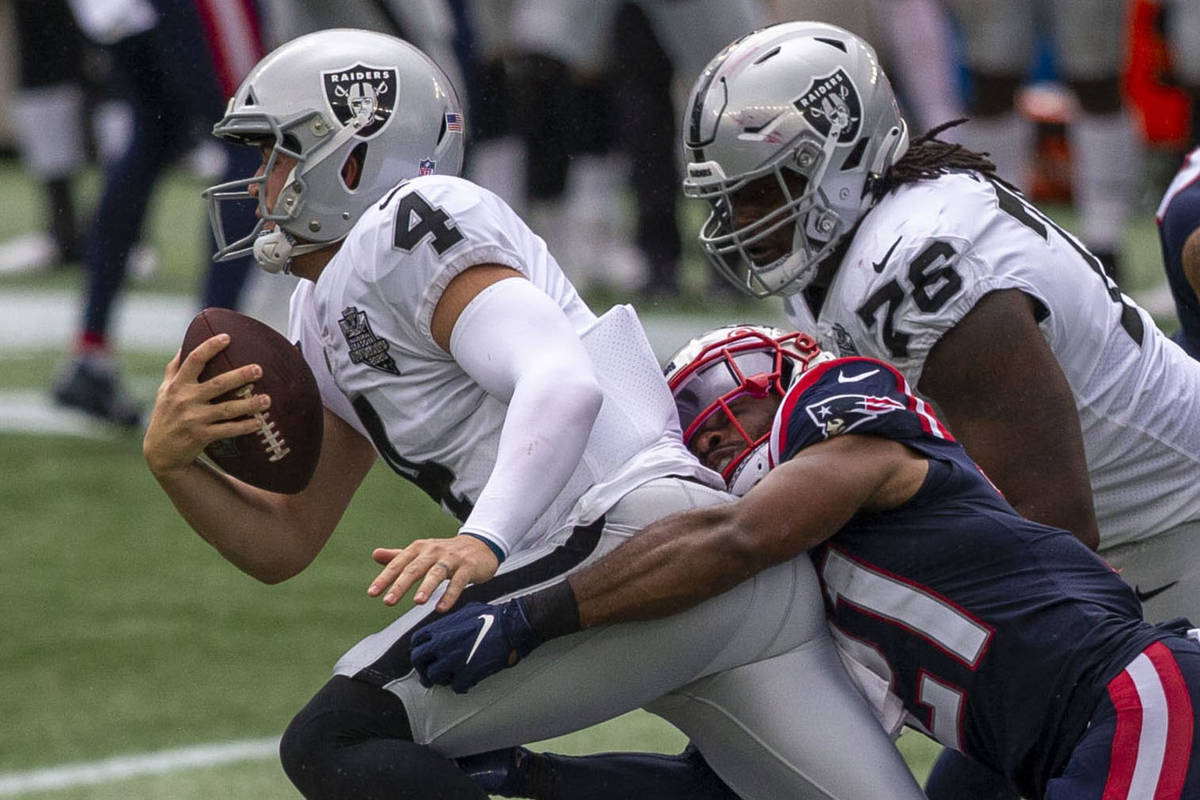 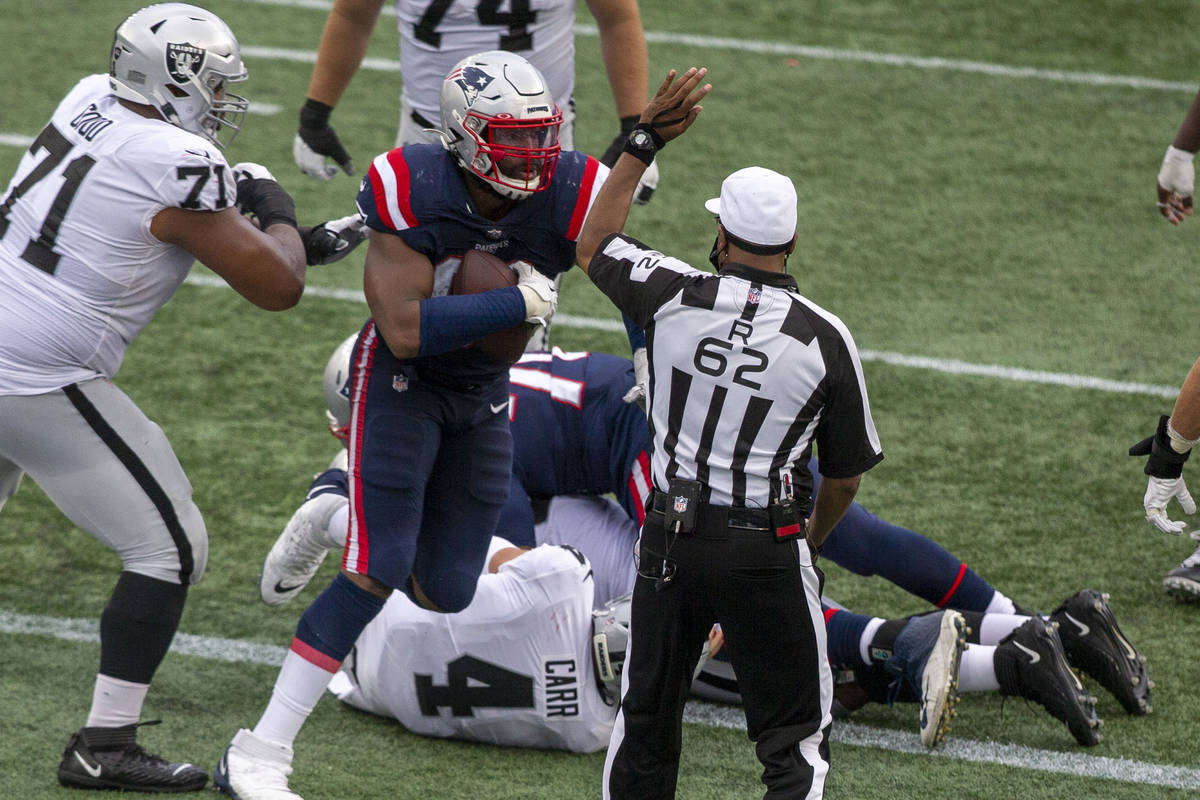 This isn’t a tough one. The Raiders didn’t protect quarterback Derek Carr (24-of-32 for 261 yards, 2 TDs) early in the second quarter of a tie game and he lost a fumble at his own 48. Josh Jacobs lost a fumble in the red zone. Carr fumbled in his own end zone, which was recovered for a New England touchdown with the game already decided. The offensive line depth that has been stout with two starters out showed some warts Sunday. Credit the Patriots for completely taking tight end Darren Waller (four targets, two catches, nine yards) out of the game. The Raiders were just 3-of-9 on third down and 2-of-5 in red-zone scoring chances.

This is a tough one. The Raiders were more than capable in the first half, holding the Patriots to 13 points and bending far more than breaking. Las Vegas played its best defense in some time over those opening 30 minutes. But bodies eventually grew tired and New England ran all over the Raiders, eventually totaling 250 rushing yards. Maxx Crosby had two sacks and Maurice Hurst (six tackles, quarterback hit, tackle for loss) was everywhere for Las Vegas. But safety Johnathan Abram, despite his first career interception, overran plays that resulted in big New England gains. It was reported Abram had an injured shoulder before the game. He offered just three tackles.

Daniel Carlson was 2-of-3 on field goals, but he yanked a 41-yard attempt wide left that would have pulled the Raiders into a 13-13 tie with 10:48 left in the third. Instead, the Patriots assumed possession and marched 69 yards in seven plays for a touchdown and 20-10 lead.

The Raiders are hurting. Like, a lot. Injured bodies all around. Jon Gruden and staff are patching serious holes with less talented players after just three games. But you can’t turn the ball over three times and take six penalties (some in key spots) on the road and beat most anyone. Certainly not the Patriots. Call it injuries. Call it fatigue. Call it the other guys were just better. All are true. But the Patriots literally ran over Las Vegas and the Raiders offered little resistance in the second half. Gruden is now 0-3 all-time against New England coach Bill Belichick.