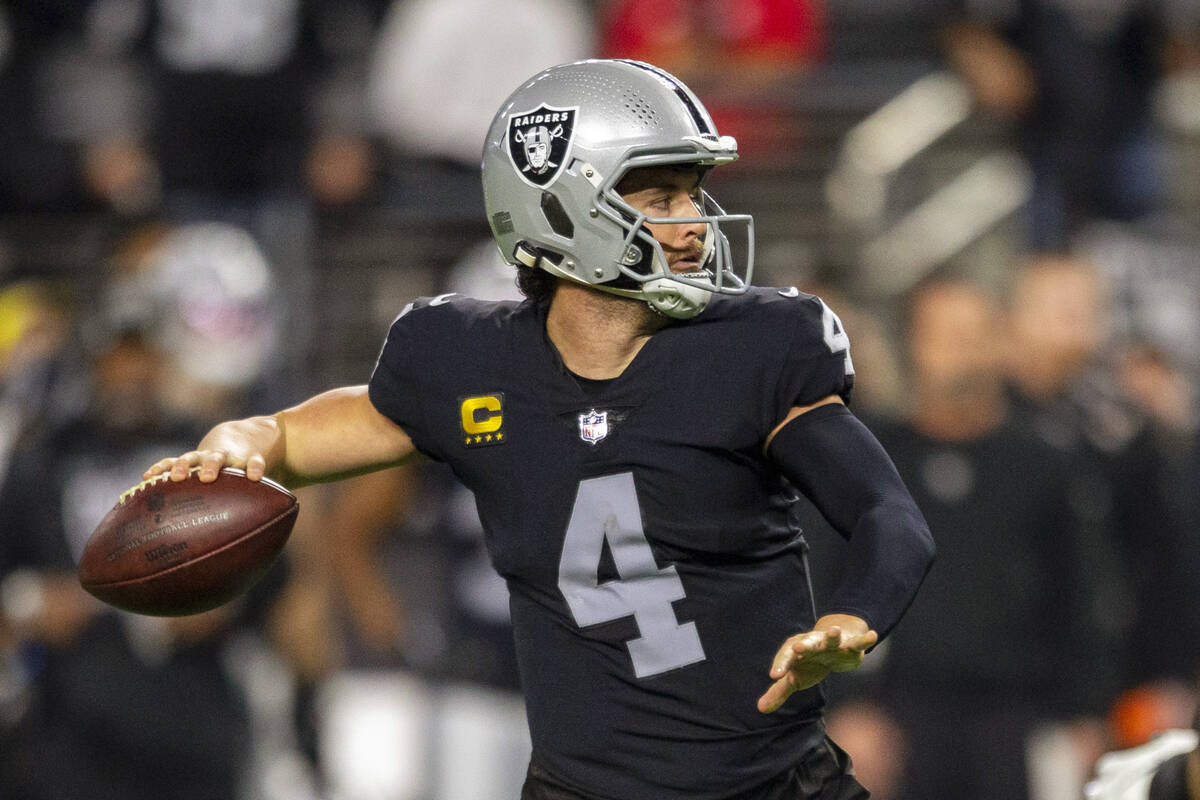 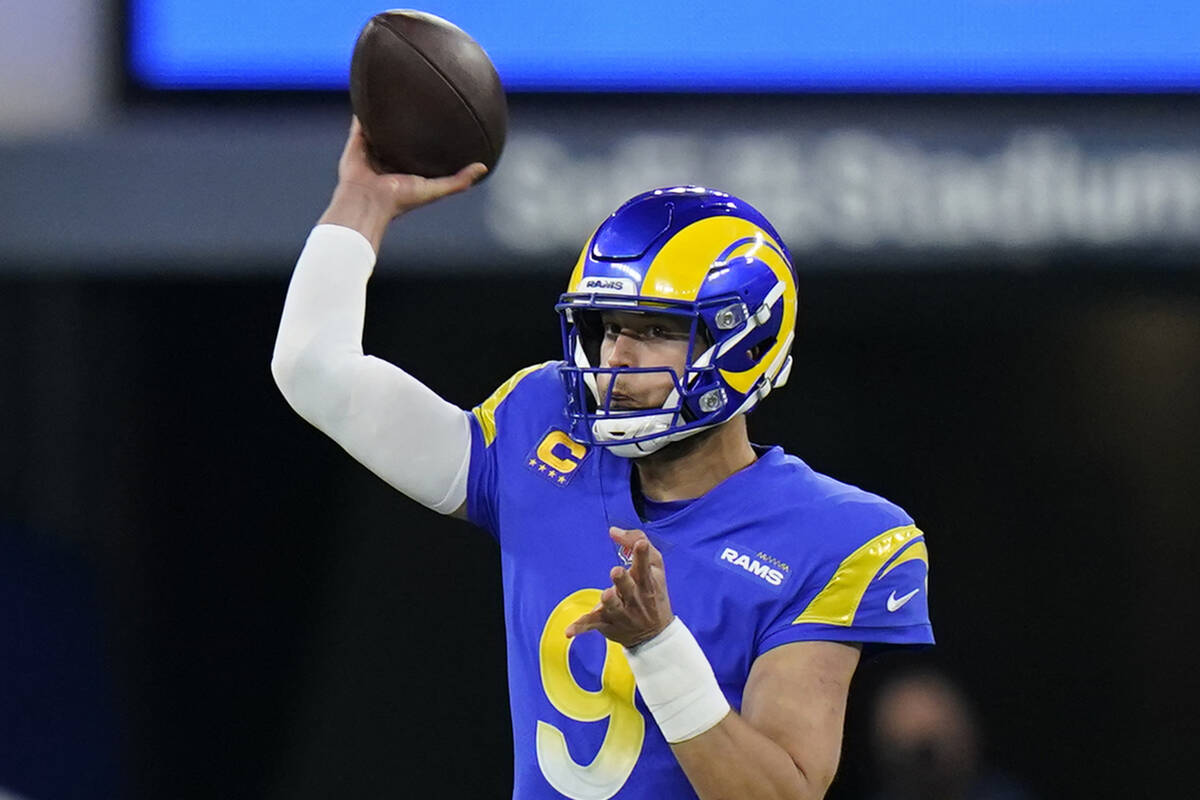 LOS ANGELES — Matthew Stafford played 12 seasons with the Detroit Lions. He made three playoff appearances, never won a postseason game and finished 74-90-1 as a starter.

It took him getting traded to the Rams to discover any level of real success. You know, by leading his team to a season’s final game.

Derek Carr has played nine seasons for the Raiders. He’s never won a playoff game, losing his only appearance this year to the Bengals, and is 57-70 as a starter.

Could the same dream scenario that has Stafford in the Super Bowl play out for him?

Carr has a year remaining on his contract that pays $20 million. While not totally committed to him in an introductory press conference, new Raiders general manager Dave Ziegler and head coach Josh McDaniels hardly sounded like they would immediately field calls from interested parties for Carr.

The question for Carr and the Raiders is, how close is this team to making a deep playoff run?

With their current roster, this could absolutely be as good as this Raiders team can be — a fringe wild-card side.

If that the evaluation Ziegler and McDaniels ultimately make, there are options on how to deal with Carr.

A sensible one: Sign him to a three-year extension at a reasonable price in the $100 million range. It would essentially give both sides a season to see if they mesh.

If not, the Raiders could move him for a tidy haul on a team-friendly deal the following year. Like, well, the Lions did for Stafford.

I suppose the Raiders could merely guarantee Carr’s final season and see if things work out before a long-term decision is made. I suppose — know — Carr would hate the idea.

There is certainly a market for a player with Carr’s ability via trade. Tampa Bay? New Orleans? Indianapolis? Pittsburgh? Washington?

Such a trade did good things for Stafford, who leads the Rams against Cincinnati in Super Bowl LVI on Sunday at SoFi Stadium.

“You get caught up in the situation of being in Detroit — and I love the organization and city and all it did for me and my family — but it has a history of not doing well,” said Travis Swanson, a former NFL center and teammate of Stafford with the Lions. “We all knew he was a guy who was unbelievably talented, so to see him go there and make it all the way in his first season solidifies all that.

“All the people saying, ‘He can’t do this or this or this,’ well, pluck him out and put him with a team that’s loaded with talent all around him, and he actually can.”

You wonder if the Stafford route is a road Carr might travel. His brother, former NFL quarterback David Carr, joined television host Colin Cowherd recently and said for Derek to stay with the Raiders, there had to be a commitment to give him what he needs to win a Super Bowl.

But the message softened later on NFL Network — after Ziegler and McDaniels were officially in the fold.

“I think it’s great for everybody involved,” David said of the pairing of his brother and the Raiders’ new coach. “(McDaniels) is going to ask his quarterback to get to every play possible in the entire world and Derek is capable of doing it. So for a scheme standpoint, it makes sense.

“I like this a lot. When you have a Super Bowl window — and the Raiders are close — you have to add some pieces to give them a chance. (Derek) loves it. He loves Josh’s system. Let’s see what happens.”

Not sure how close the Raiders really are, and just because a change of scenery worked out so well for Stafford doesn’t mean it would for Carr.

Also doesn’t mean it couldn’t, meaning all options should be on the table for a new regime.

Let’s see what happens, is right.