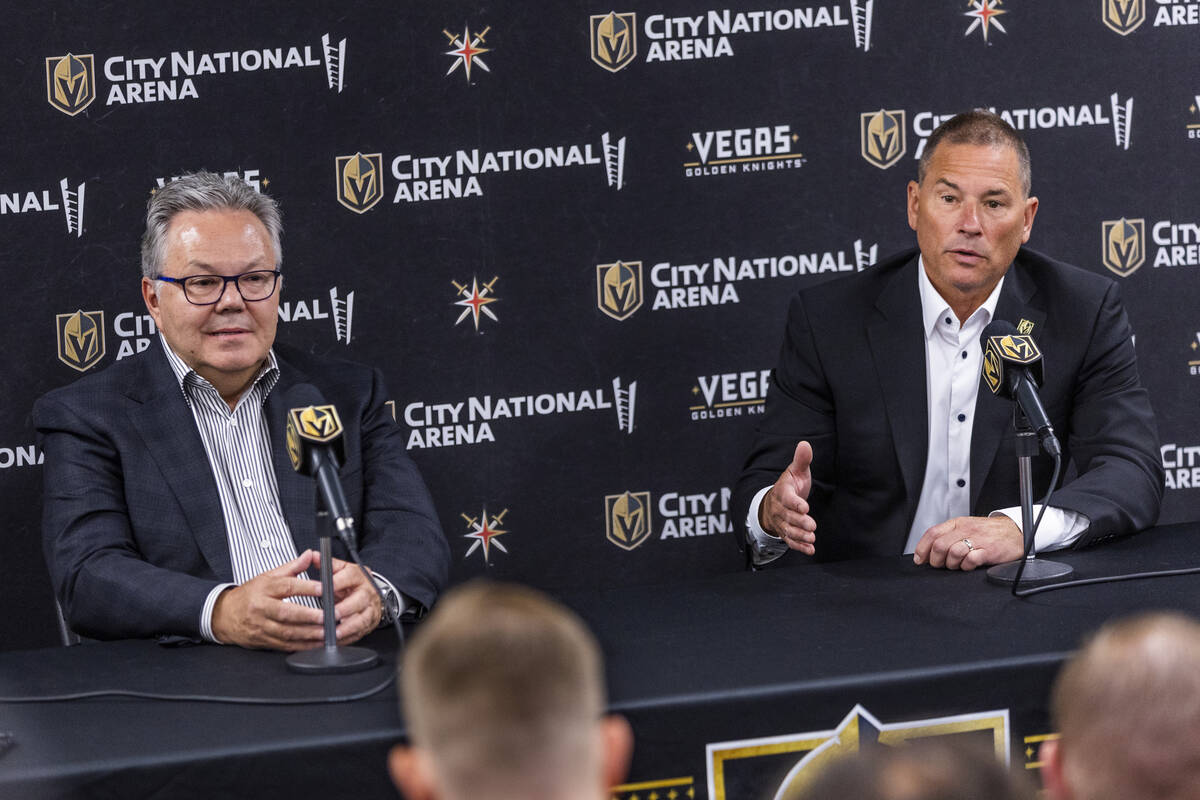 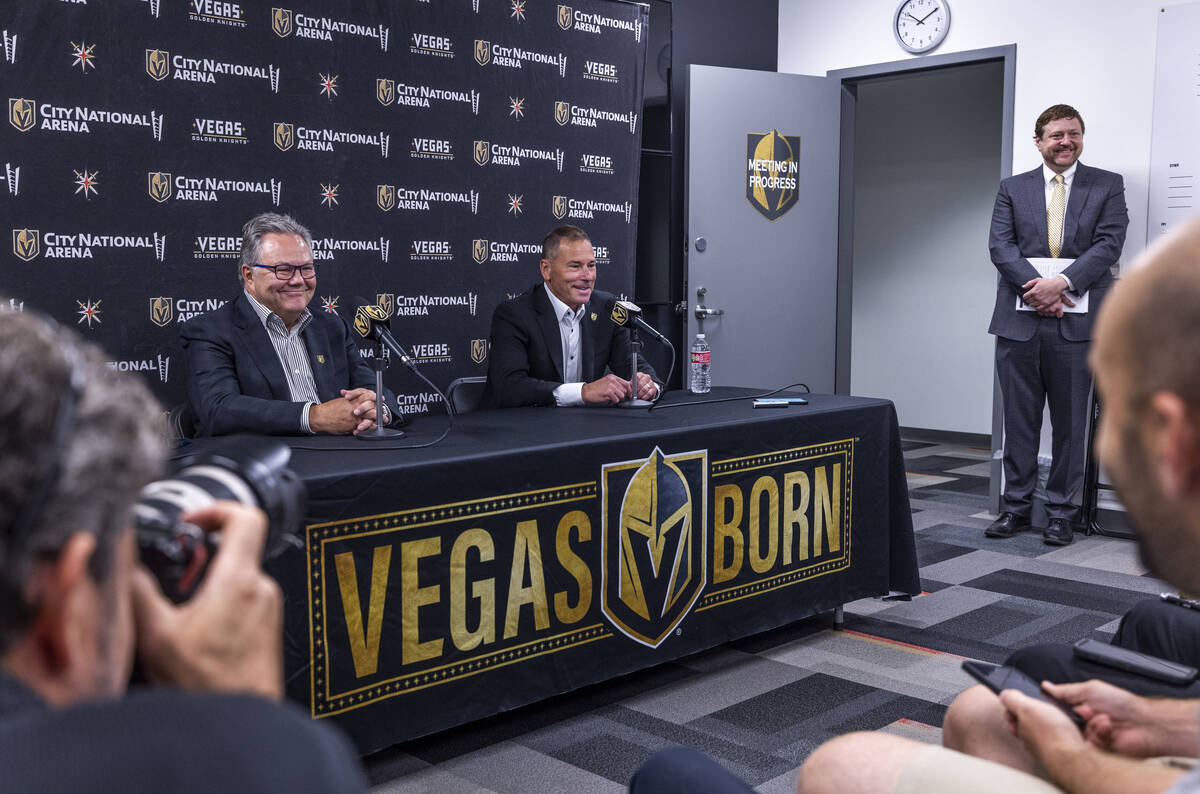 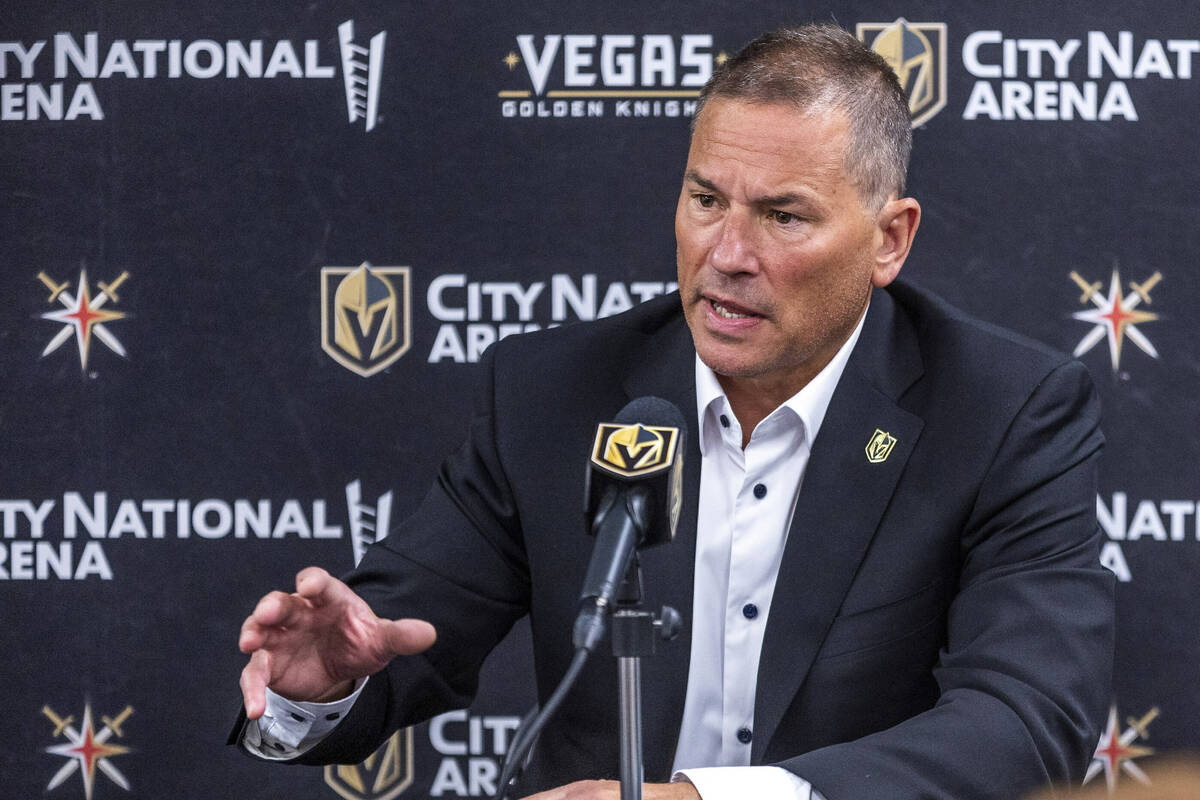 The message is simple: honesty.

Bruce Cassidy delivered it for parts of six years in Boston and will now do so in Las Vegas.

It’s what every player lacing up skates for the Golden Knights should want.

I don’t put much into winning a news conference because it doesn’t earn you any points in the standings. But things couldn’t have gone better for Cassidy when he was introduced as coach of the Knights on Thursday.

Said all the right things with more than a puck’s worth of frankness.

It’s not the same for everyone. Not identical tones for veterans compared to younger players. For the elite compared to the inexperienced.

For an Alex Pietrangelo compared to a Jake Leschyshyn.

But when you’re a Stanley Cup favorite to begin a season and miss the playoffs, no type of communication should be considered excessive. Not a word should be lost in translation.

Such things reportedly led to Cassidy’s firing in Boston last week, the message not always welcomed by players, especially young ones. But isn’t it better — especially at your sport’s highest level — to know where you stand with those making decisions?

His own journey plays a part in how he handles those not yet proven in the NHL, Cassidy having suffered a major knee injury as a top prospect that derailed his career.

He knows how quickly things can change. How no one is promised a next shift.

“It’s a tough business, so you can’t waste their time,” the 57-year-old said. “When you get to be that guy who signs the six- to seven-year deal, that’s great. But there are a million other kids who won’t get there. It’s a different animal in the NHL … I’ve always believed you earn your way.”

It will be a different talk with those established veterans, players such as captain Mark Stone and forward Jonathan Marchessault and the like.

But one thing won’t change throughout the room: Cassidy is (really) big on accountability.

He will walk in for the first time and tell them how he sees things and how he believes they can best be accomplished. There will be a definite feeling-out process depending on how the roster is constructed. Time to assess how each player should be handled. How all of it might develop needed chemistry.

None of it, though, will hinder a central theme.

“You need players to play for the crest on the front and not the name on the back and still be themselves,” Cassidy said. “That will happen whether it’s a young roster, an old roster … Doesn’t matter where they are in their careers.”

A fresh voice. That’s what Knights general manager Kelly McCrimmon said his team needed upon the firing of coach Pete DeBoer. That with the team’s multitude of injuries and the fact it missed qualifying for the postseason and there being an opportunity for things to recharge over a long summer break, it was time for a change.

For a new message.

“And a month later, here we are,” McCrimmon said.

You know, pretty much all the things any team desires.

Thing is, the Knights have the talent — when healthy — capable of complying.

And that should translate into what will define Cassidy’s tenure a success or failure.

Know this: It’s about — and only about — winning it all.

“I want my name on the Stanley Cup,” Cassidy said. “I believe this team has the ability to do that. If I take care of business, everything will fall into place. That’s where my mind is at. I’m a coach. That’s what I do. That’s what I get paid for. That’s what I’m responsible for.”