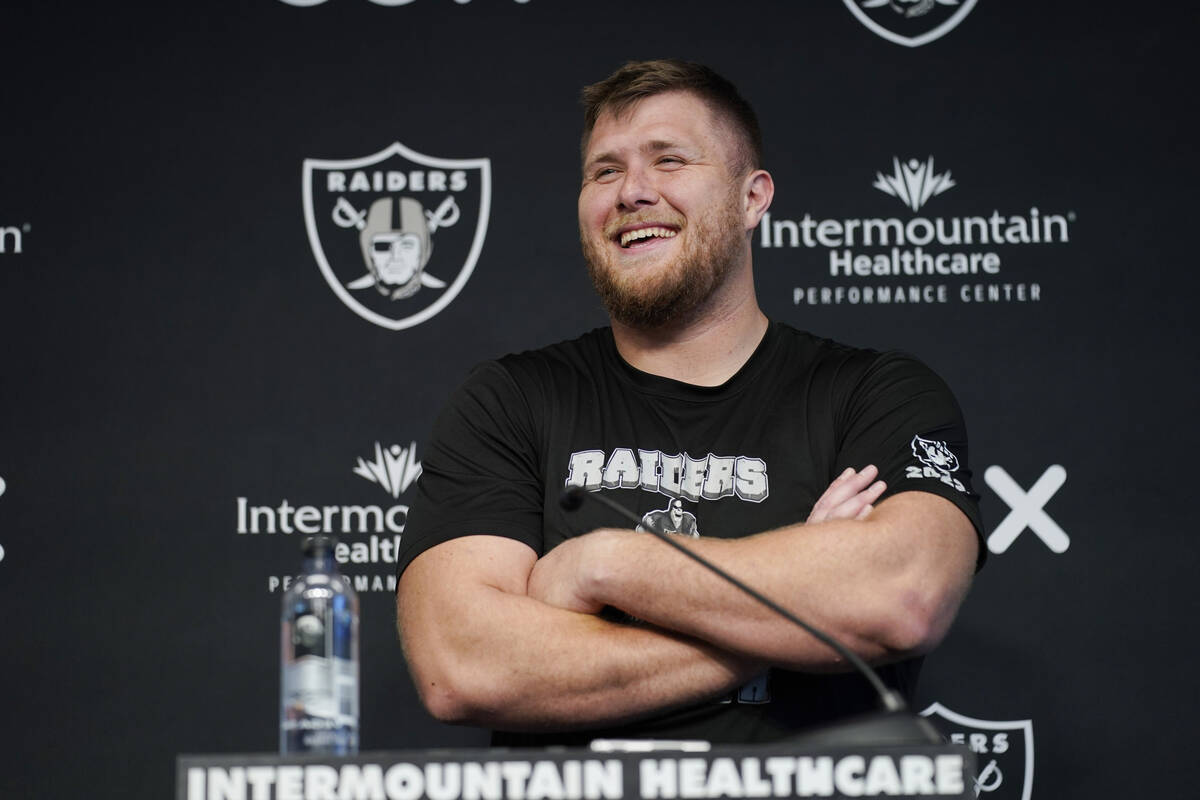 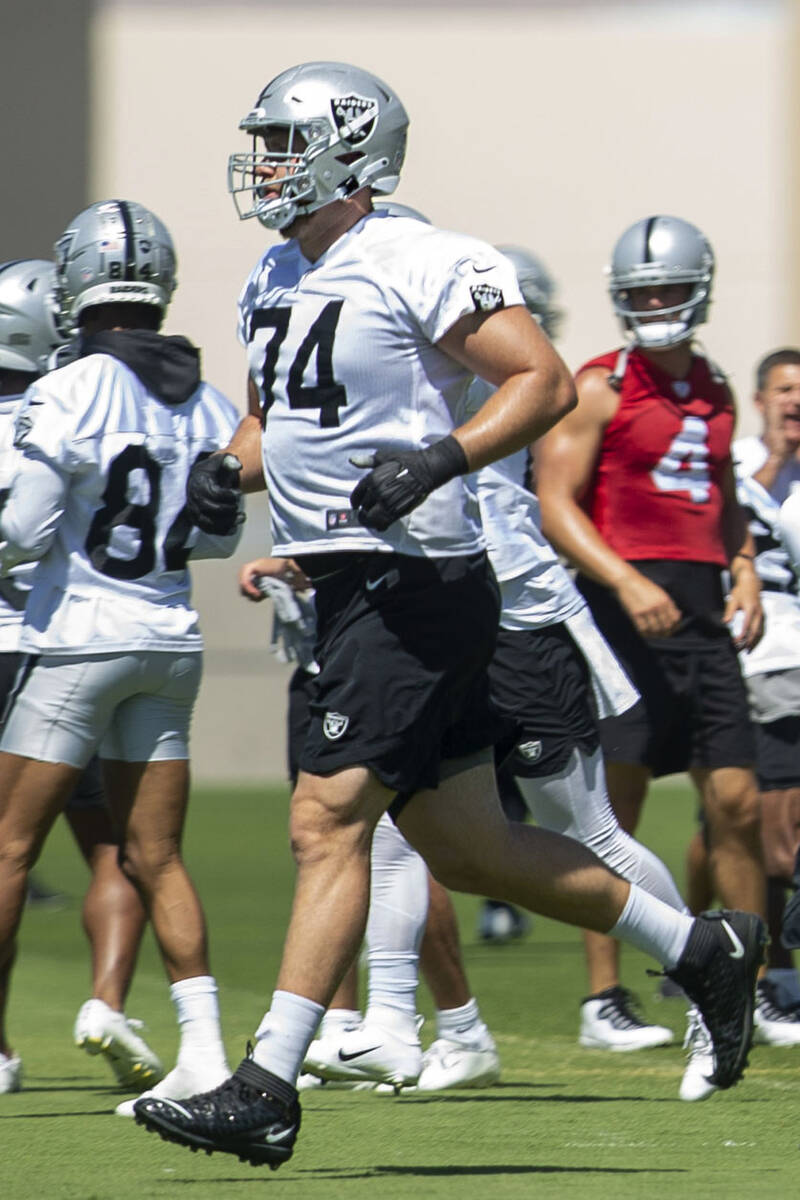 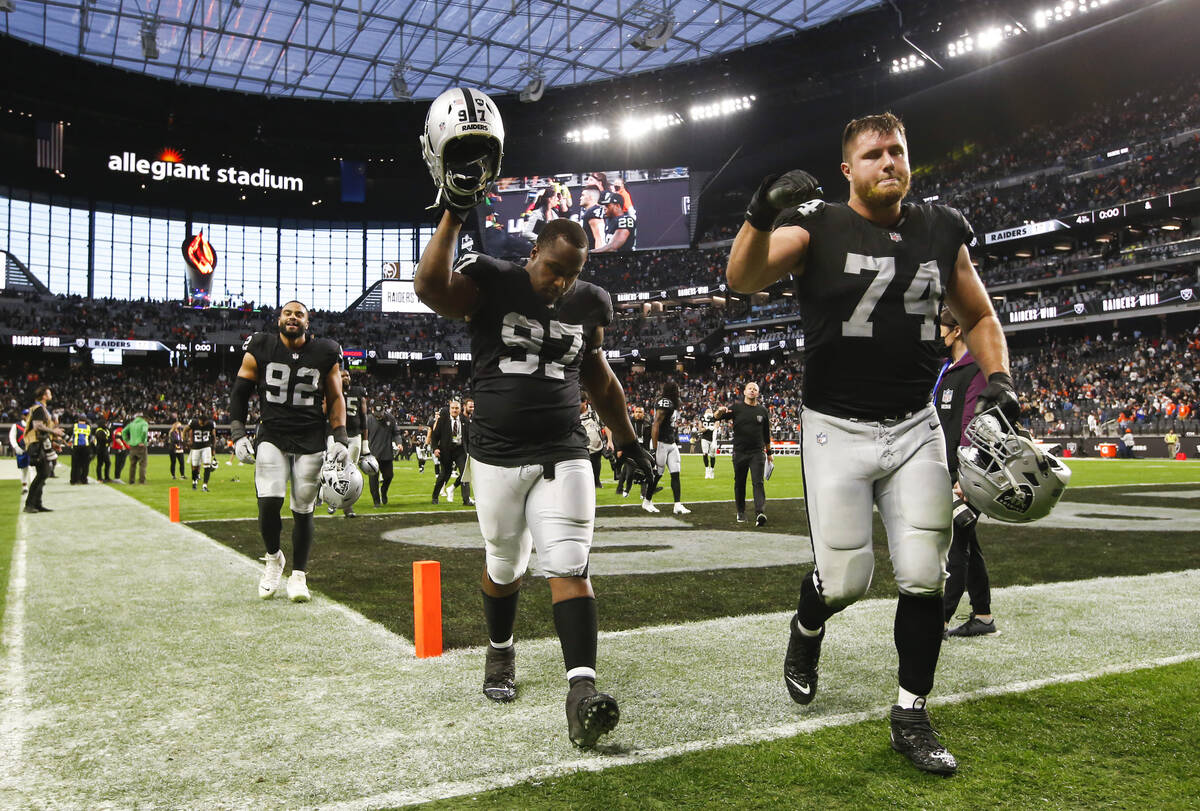 He is the exclamation point around a bunch of question marks. The sure thing spread amongst some serious works-in-progress.

Seriously. All is not worrisome for the Raiders’ offensive line.

Few rival Kolton Miller at his position across the NFL.

It has been a point of emphasis all off season, how the Raiders might improve what were some dire performances along the front in 2021. It was all about a blend of youth at critical spots and season-long injuries then.

But with a coaching change has arrived a more optimistic viewpoint, Josh McDaniels and staff essentially rolling the proverbial dice with those same names from last season’s underachieving effort along with a third-round draft pick.

They’re counting on a big jump forward from several. One leaped ahead of the class long ago.

“Four years have gone by like that,” said Miller, snapping his fingers.

He is the constant whose annual production has improved, who shined early enough in this career out of UCLA to be paid handsomely for its present and future.

It was in March of last year when the Raiders signed Miller to a three-year contract extension worth $54 million, of which $42.6 million is guaranteed. A big-time commitment.

But while his talent isn’t questioned — Miller was ranked fifth out of 83 eligible tackles by Pro Football Focus last year — his role as teacher for others might be even more valuable now.

The Raiders didn’t ink quarterback Derek Carr to a gargantuan extension this off season (yes, there is an organizational out after one year) so he could spend Sunday afternoons on his back or running for his life.

“(Miller) has got an improvement mindset each time he walks in the building,” McDaniels said. “He’s here early and he stays late, and in order to be really good football player in this league, you got to do some of those things.

“Kolton’s a great leader for us. Brings a lot of others along with him, which is great, and affects his teammates in a positive way.”

Most eyes are on second-year player Alex Leatherwood, whose struggles as a rookie reached an apex when he was moved from right tackle to guard. He wasn’t productive at either spot. He’ll likely return to tackle … for now.

But few positions in the NFL see improvement from a first year to the second than offensive line, meaning Leatherwood at 23 has every chance to raise his level exponentially. He needs to.

He isn’t the only one.

Consider a few Pro Football Focus grades from last year: Leatherwood was the 80th out of 82 guards; John Simpson wasn’t much better at 69; Brandon Parker ranked 76 among 83 tackles.

One player who seemed to improve some over the course of a season was center Andre James, ranking the league’s 20th best at his position.

But that’s the part about works-in-progress.

The sure thing is a totally different matter.

“You can see why he has improved each year that he’s been in the NFL,” McDaniels said of Miller. “He puts a lot of time and effort into it. He works really hard in the weight room. He’s in great condition. He studies hard.

“We’ve identified already things that he can improve on and he’s working hard to try to do that, and we’ll continue to work that way as we go into training camp. But he’s just got a great attitude, a great approach every day.”

All is not lost up front.

The exclamation point continues to scream with elite talent.

4
Attendance up at Allegiant Stadium in 2022 for Raiders games