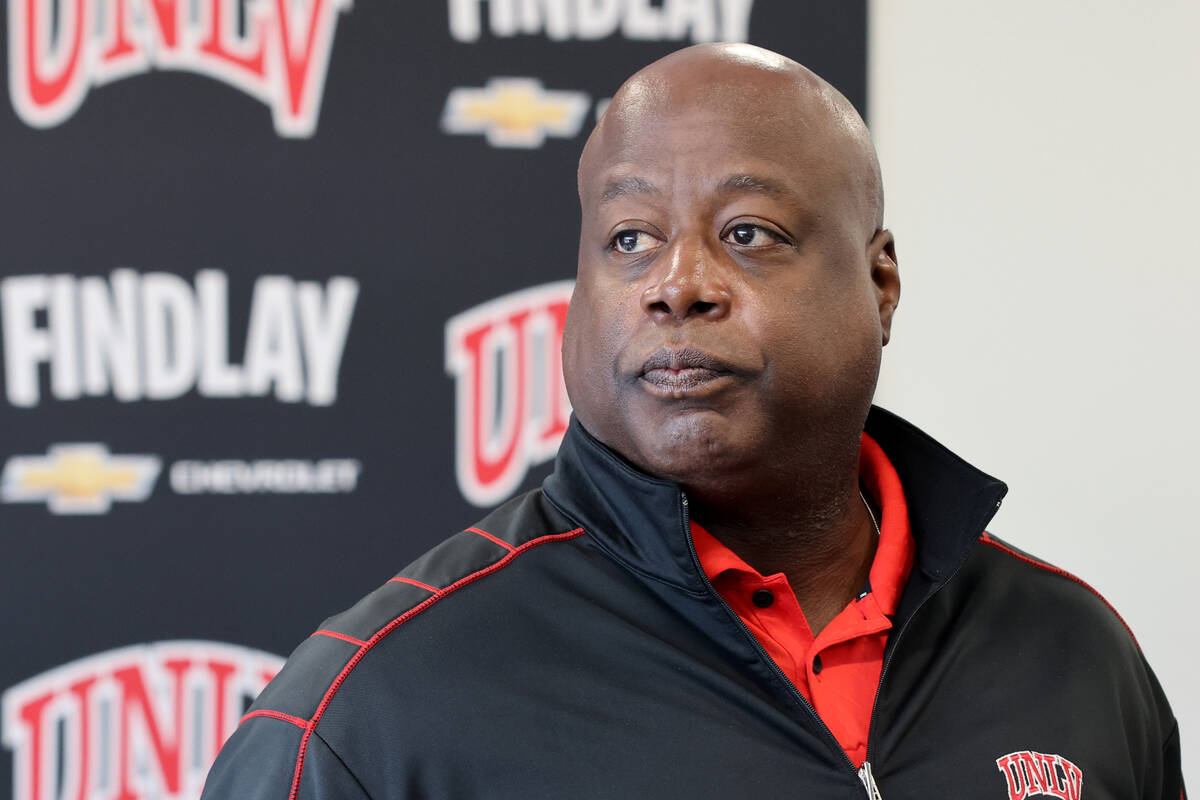 Jim Livengood says it’s like one of those old game-show lines: The $1 million question.

“I don’t know if anyone, including me, has put a finger on it,” said Livengood, the former UNLV athletic director. “I know all the boxes are checked for the next person who comes in.”

It is the greatest of mysteries, why UNLV has seemingly forever not been able to field a consistently competitive football program. Why coach after coach hasn’t discovered any level of steady success.

Erick Harper is the athletic director now in charge of discovering the next coach in line to chase such a winning atmosphere, having fired Marcus Arroyo after three years and following this season’s 5-7 record.

You figure Harper is (very) close to making a decision and introducing a new coach. He better be. The transfer portal is open. The last thing you want is to fall behind as others attack it for potential recruits. It’s also about trying to keep those players you believe might help win games.

Livengood, who still consults on athletic director and coaching searches, said patience is in short supply in the calls he’s received recently. “They look at what Lincoln (Riley) did at USC and think, ‘That could be us. Why shouldn’t it be us?’ It’s tough to have patience.

“That’s a societal thing — it’s not just an athletics things. They all want it done now or yesterday.”

When it comes to the Mountain West, UNLV shouldn’t have any of the P word.

It lacks for nothing, save any sense of tradition. But it can compete with any Group of Five school in terms of facilities. It’s in a rapidly growing sports market. It’s in a not-so-powerful conference where challenging for a championship should be more expected than desired. It should always be thinking in terms of contending.

Harper played Division I football. You would think such experience affords him a level of expertise other athletic directors might lack when conducting such a search.

He just can’t mess this up. He can’t miss.

College football is an ever-changing landscape. This is an opportunity for UNLV to get it right. They couldn’t under the old system. Things are different now. The portal. Name, image and likeness. An expanded College Football Playoff.

So while Xs and Os are still a significant part of things, it takes a different kind of coach to win in 2022. Someone who has a pulse on situations other than third-and-8. Used to be, you had to develop a team. Now, you pretty much acquire one.

Take the Colorado hire of Deion Sanders. Coach Prime might have rubbed some the wrong way with an introductory press conference that included him telling players to enter the portal, but he just said things everyone else has been afraid to.

It’s a whole new world and you need a coach who gets it and can deliver success within it.

“I have as much faith as anyone could possibly have that (Harper) will make a great decision,” Livengood said. “He’s going to balance all things. I’ve seen him in tough situations. He’s the best person right now because he understands what the needs are and how much support it’s going to take from the university and athletics for this new coach.

“I’d love to have an answer about what’s missing. I don’t think right now anything is. I think the next person will be handed a full deck. But this is the one. It has to be the one.”

It’s the next resume in a long line of failed hires.

But opportunity knocks loudly for UNLV.