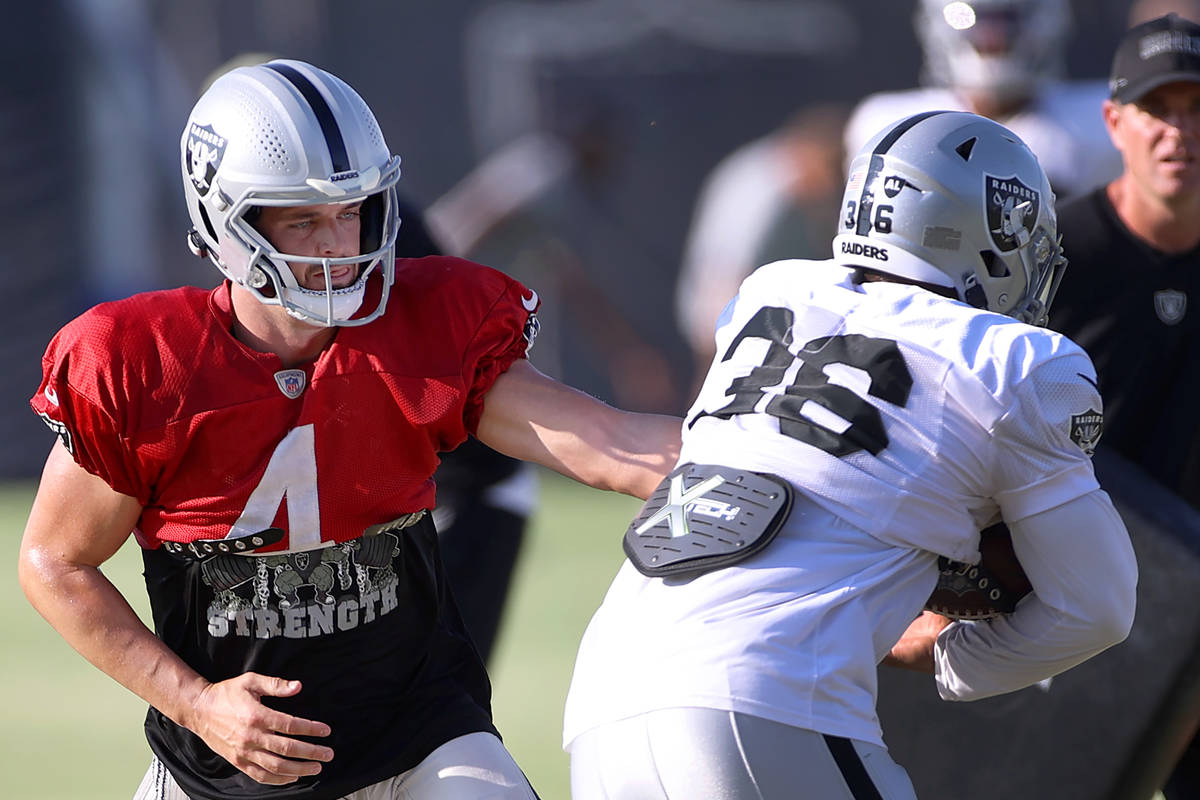 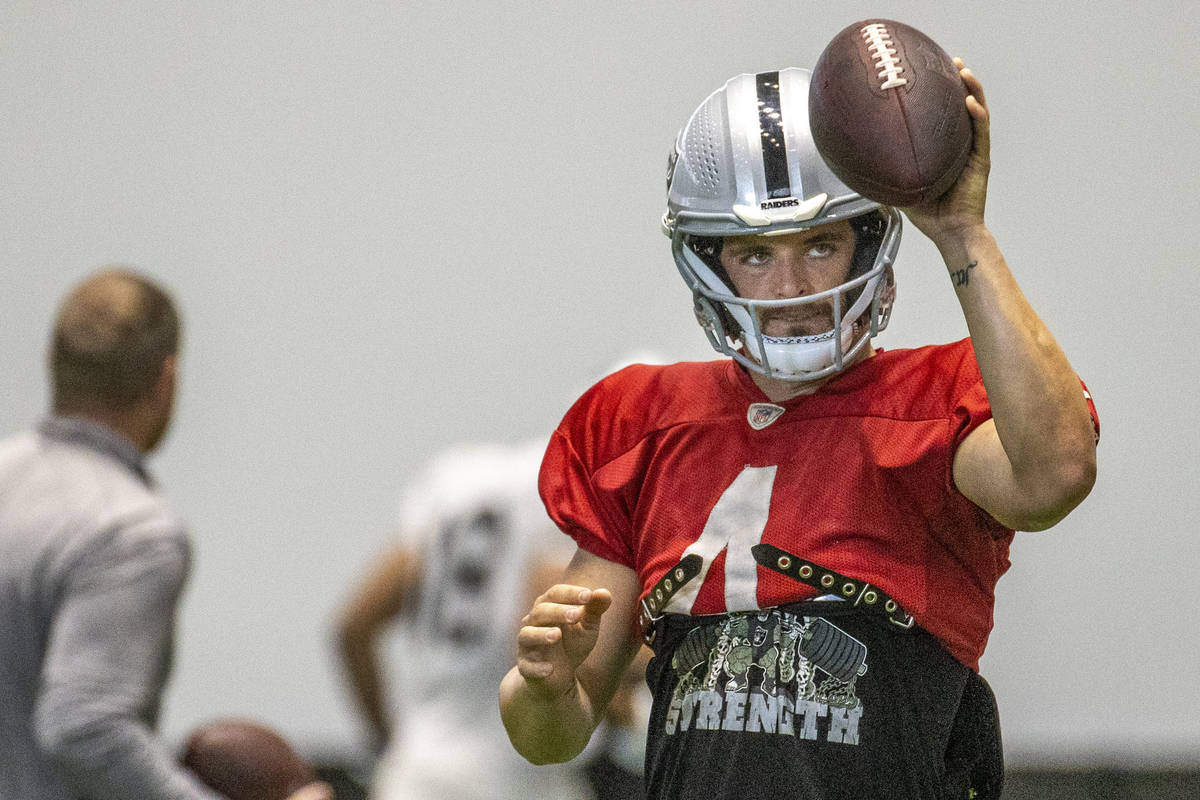 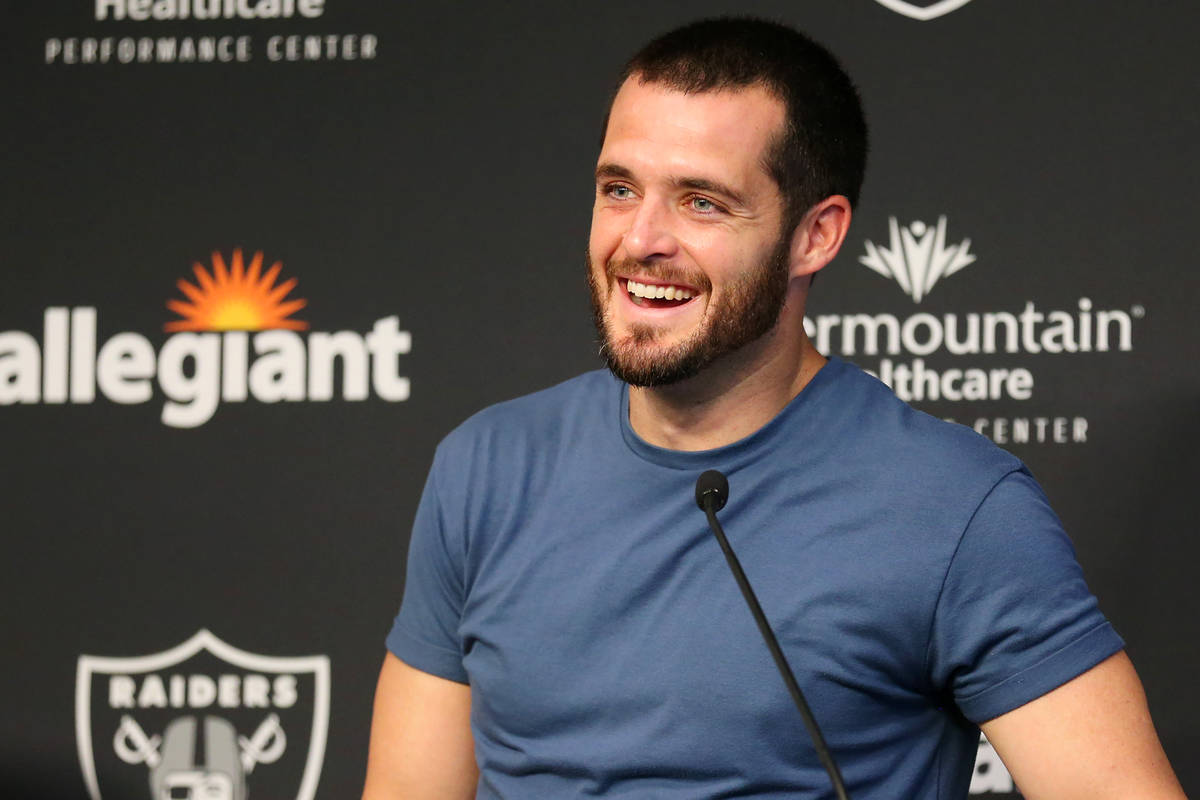 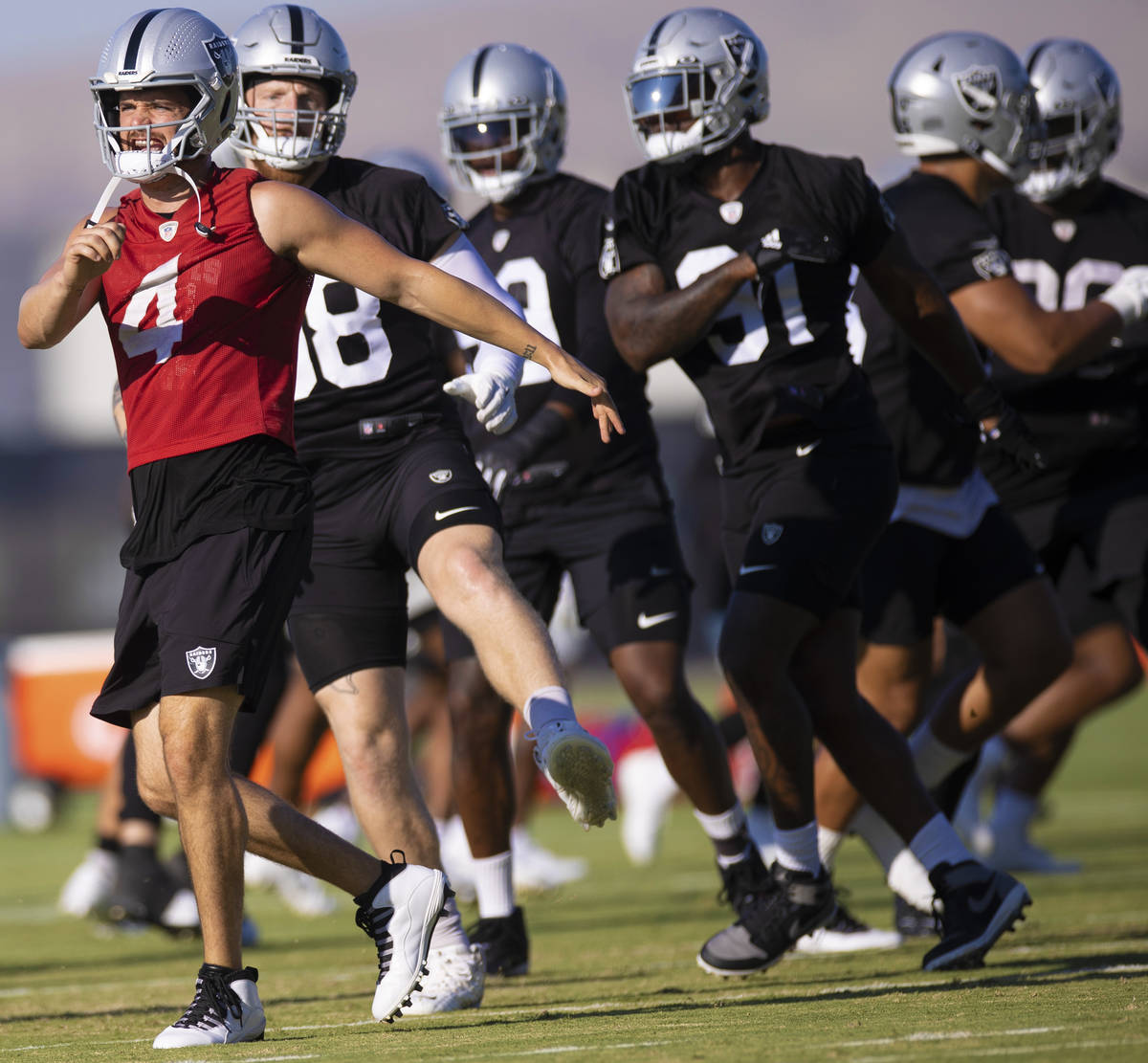 Derek Carr sleeps better now. Isn’t as stressed or anxious. He looks it.

Training camp for the Raiders has included just two days of pads, and Carr as the team’s starting quarterback is rightly protected by his red jersey. Maybe even more now than usual given his play.

A teammate came close to making contact with Carr on Wednesday. I’m pretty sure that guy has been cut or retired. Probably the latter around these parts.

It’s difficult to unearth anything lacking in Carr’s execution, and not just because he’s entering his eighth NFL season. Or becoming more comfortable in coach Jon Gruden’s system as their marriage reaches its fourth year.

“I remember those nights before practice where I would be thinking about everything,” Carr said. “I’m checking my notes and writing things down and saying, ‘I have to fix this and that.’ Now, it’s just so free. I think because of the demand for excellence from Gruden — him demanding and demanding and demanding — that now I just wake up and expect it.”

He didn’t play like an 8-8 quarterback last season. Far from it. You don’t complete 67.3 percent of your passes and throw 27 touchdowns to just nine interceptions and register career bests in yards and passer rating and expect to finish with a .500 record.

But he isn’t paid to make tackles or drop in coverage, so, well, you know.

It’s all a matter of progression and perception, no?

Carr has for some time been viewed as straddling a line between the league’s elite quarterbacks and that next tier of names. Winning in the playoffs always elevates a player into the conversation’s rarefied air. He has yet to play in a postseason game.

The Raiders are also 47-63 in games Carr has started. Makes it hard to cross that line. Impossible, really.

Doesn’t mean it can’t eventually happen. If a rebuilt offensive front plays above expectations, Carr should have enough time to take advantage of an incredibly versatile group of receivers. There isn’t much the Raiders lack. Size. Speed. Experience. Youth. A world-class tight end.

It’s fascinating to learn what players believe about a quarterback’s skill as opposed to the outside world. Carr’s deep passes this camp have produced one completion after another, many impeccably aimed at second-year wideouts Henry Ruggs and Bryan Edwards.

But you’re talking about a quarterback who annually exists among the league leaders in checkdown rate. It’s the one area for which Carr is criticized most. Some see it differently.

“You have great quarterbacks like Tom Brady and Drew Brees, that if something isn’t there, they look to outlets like a tight end or running back,” said Raiders running back and seven-year veteran Kenyan Drake. “That’s definitely what continues to make Derek great. He doesn’t force balls if it’s not there.”

There is a balance to it. Carr needs to be more aggressive when opportunity arises. So does Gruden in his play-calling. There is constant talk about offensive weapons. So use them.

The offseason chatter about Carr again centered on his future with the Raiders. Whether a contract extension was in the offing. Whether the team was content to wait and see how a quarterback with no guaranteed money left on his deal would perform in 2021. Whether this really is make-or-break for the 30-year-old.

Answers will come in time. Carr’s play in camp suggests he isn’t concerned.

“We missed one ball the other day and, honestly, I felt like I missed eight,” he said. “ I went home and couldn’t stop replaying that one. But the stress and anxiety weren’t there when I woke up.

“Once I got away from trying to impress everyone else and got comfortable with being me, that’s when I played my best. Hopefully, I can play even better this year.”

Better than his best statistical season.

That would be something.