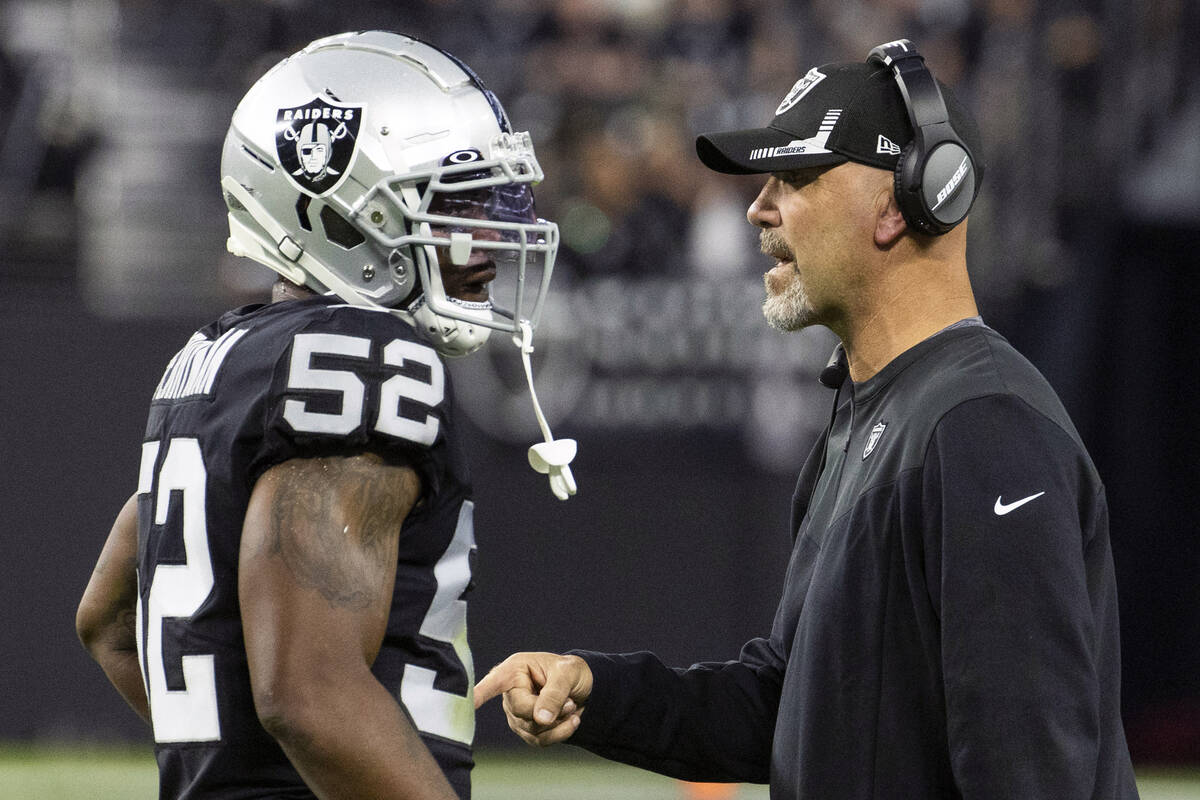 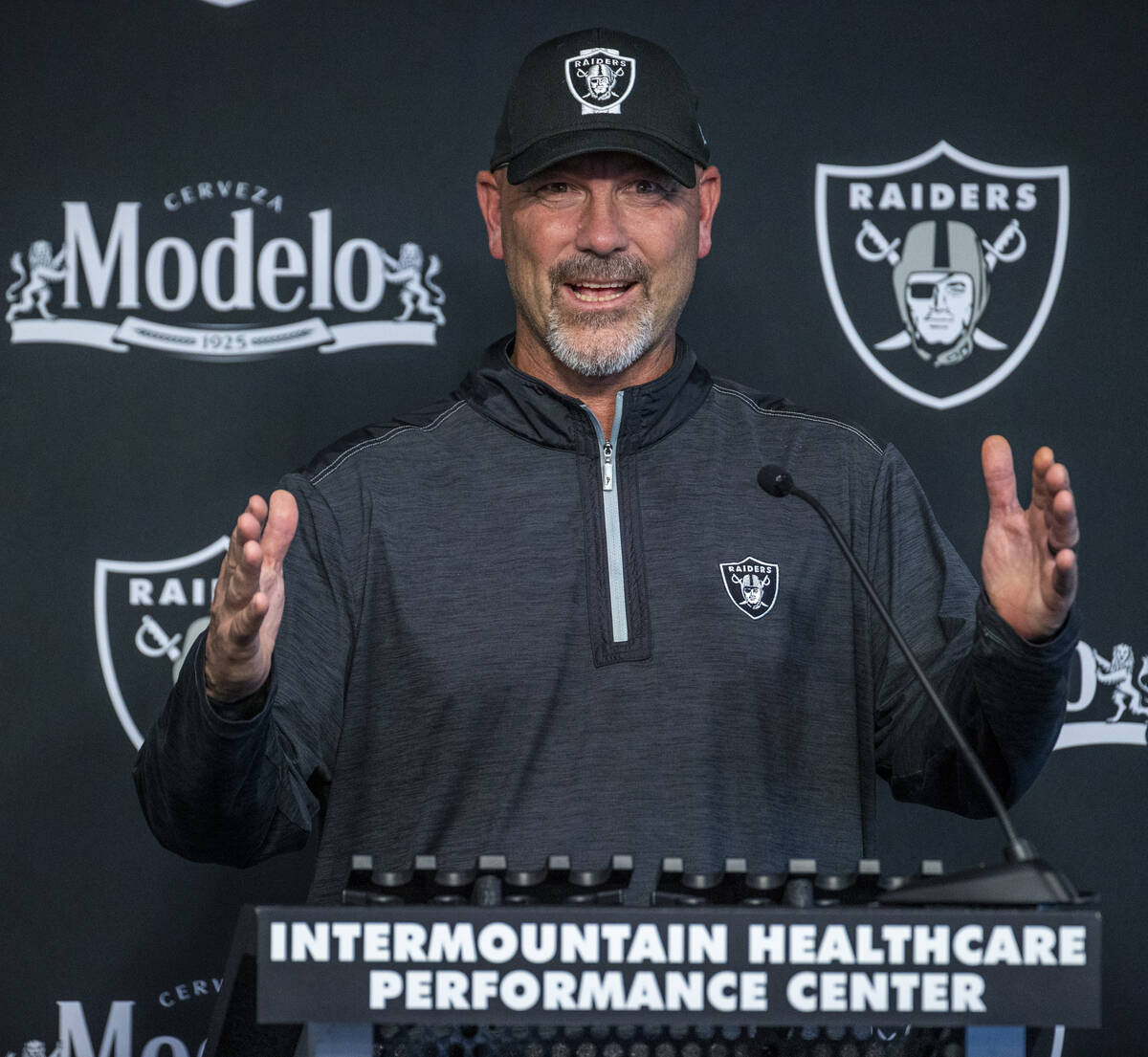 Gus Bradley always has been sparing in his use of blitzes. They come only out of great necessity.

That approach — rush four players and drop seven into coverage — made him one of the NFL’s finest defensive coordinators at stops with Seattle and the Chargers.

It’s paying off again with the Raiders, who have begun the season 2-0 and meet Miami at Allegiant Stadium on Sunday.

Bradley’s defense has sent more than four bodies after the quarterback less than 5 percent of the time. It’s still getting a pressure rate of 33.3 percent — fifth best in the NFL.

How is that possible? Let us count the names.

If you’re going to be more conservative than a sitting judge in Florida when calling a defense, those up front better perform at an extremely high level.

Two wins later, the team’s defensive line has. It also has every chance to continue doing so against Miami, whose offensive line is more swinging door than any entrance to Target.

This isn’t advanced chemistry difficult. The Raiders just line up and attack. And they’re playing fast in the process.

“I think we pick and choose,” Bradley said. “We have blitzes, and we’re not afraid to do them when those opportunities present themselves. There might be games where we pressure a lot. It really depends on the team that we’re seeing and what we feel like we need to create energy on our team.”

It helped that Baltimore’s line was ailing. The move of Alejandro Villanueva to right tackle proved a disaster in a season-opening win by the Raiders. It also didn’t hurt that Pittsburgh’s offensive front last week included two rookie starters and struggled in allowing 10 quarterback hits.

Crosby earns headlines for the Raiders. Makes sense. Sacks sell. But a major reason he and Nassib and Ngakoue have been able to make key plays is the push from players like Jefferson and Thomas and Philon and Hankins.

The better interior folks are, the more successful those on the edge can be.

“I love the way this defense plays,” said linebacker K.J. Wright, who played under Bradley in Seattle. “Our defensive line is very good. When we have called for blitzes, you have seen us get home. And when we dial them up, teams aren’t expecting it.

“For some reason, Gus has perfect timing when he calls for a blitz.”

And he does. Bradley might not be known for bringing the house very often, but he mixes his blitzes when he does. One never sees the same one.

The ironic part: As simple as others describe his defense — just do your dang job — the complexity of his blitzes is vast.

That’s when this part comes into focus: How those seven dropping into zone will perform when the attacking style up front isn’t as consistent. There will be such weeks. Most things even out in this regard.

But through two games, applying pressure without help from the second level or back end hasn’t been an issue.

“Those defensive linemen are monsters,” said Raiders linebacker Denzel Perryman, who leads the team in tackles with 22. “First group, second group, third group … just put them out there. It doesn’t matter.”

When it comes to blitzing, not at all.