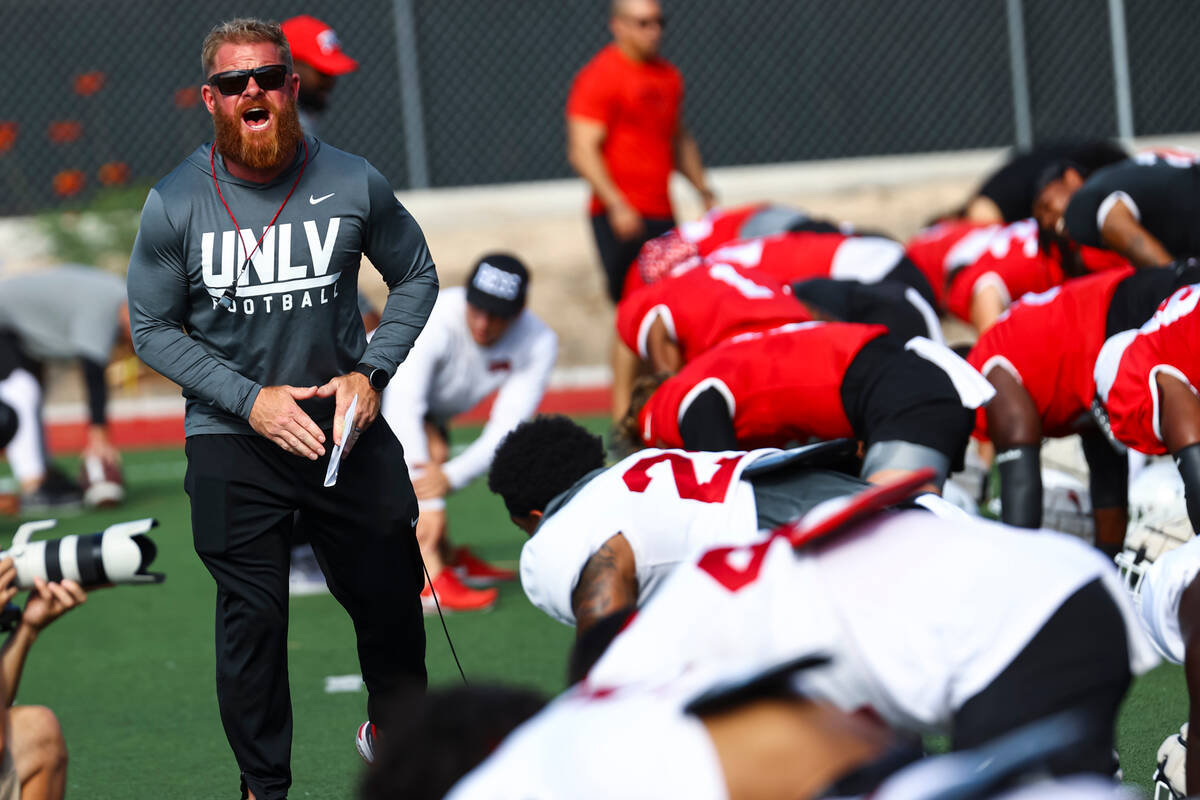 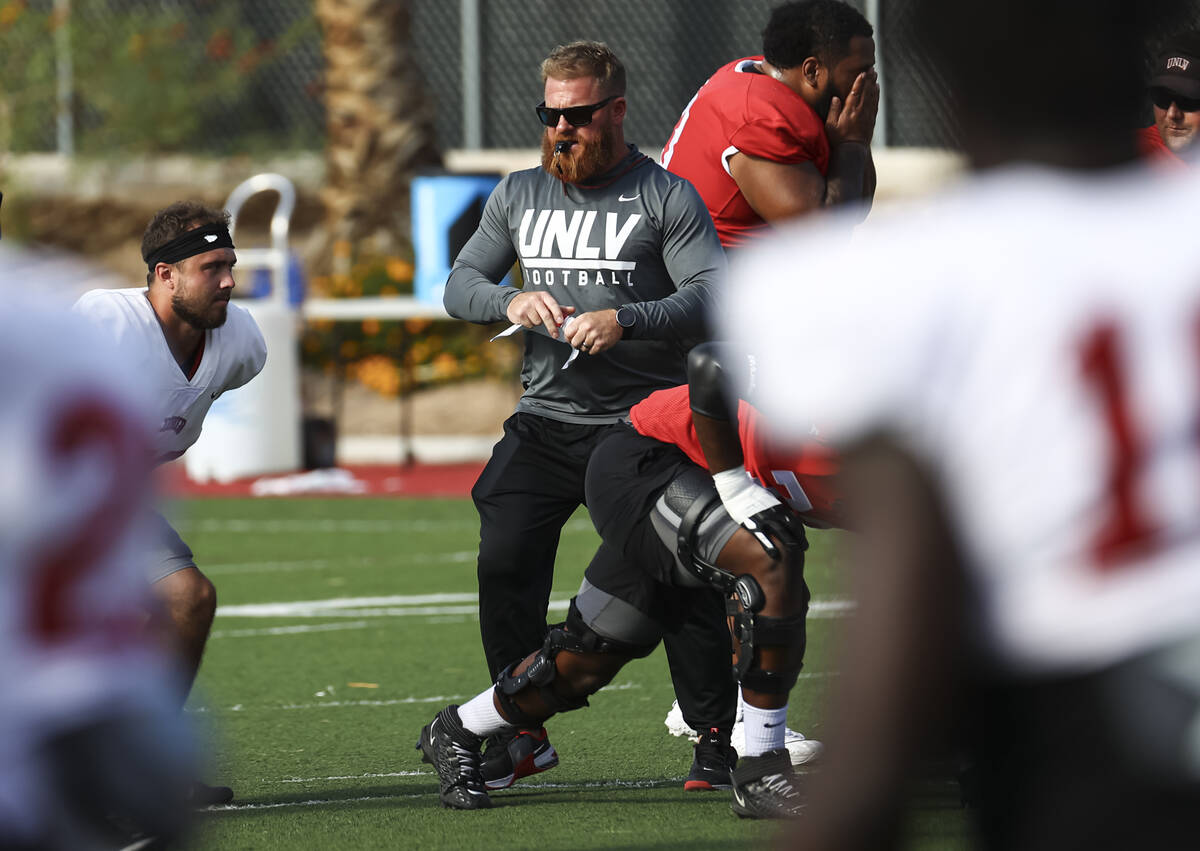 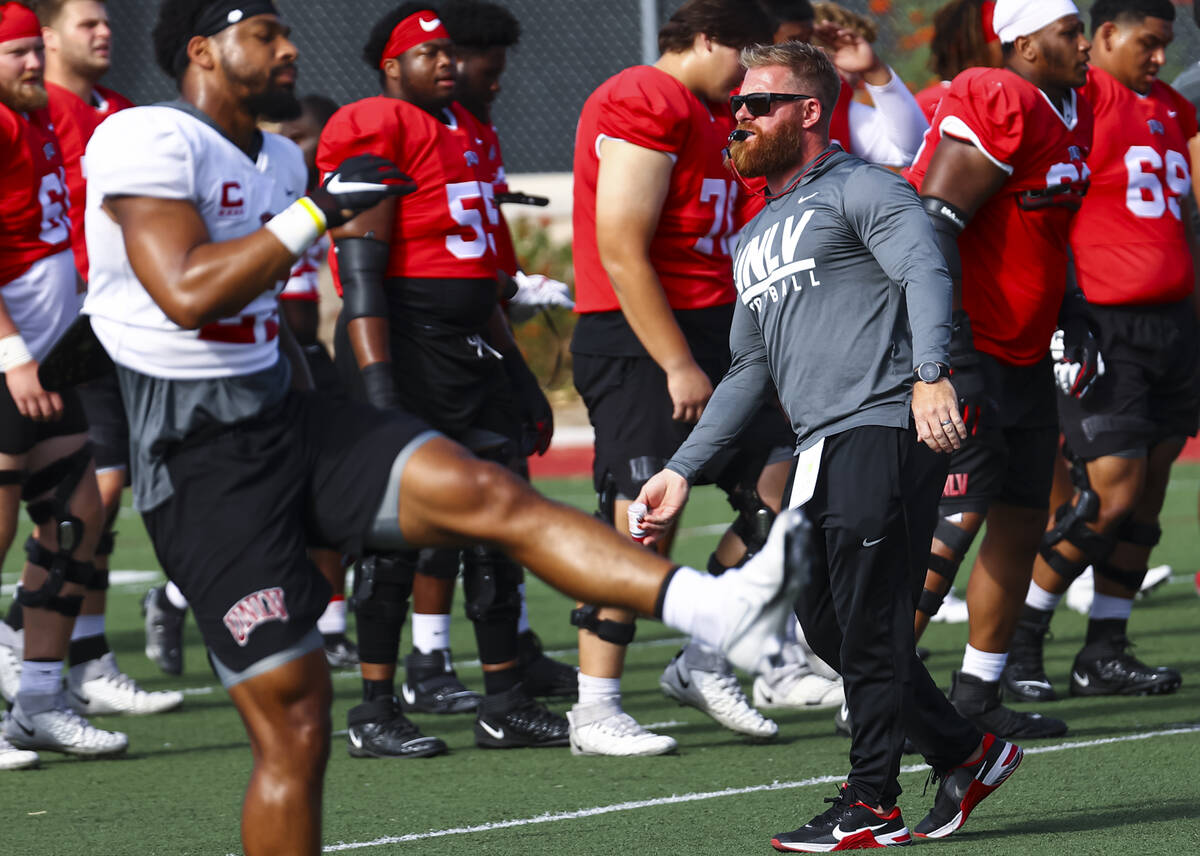 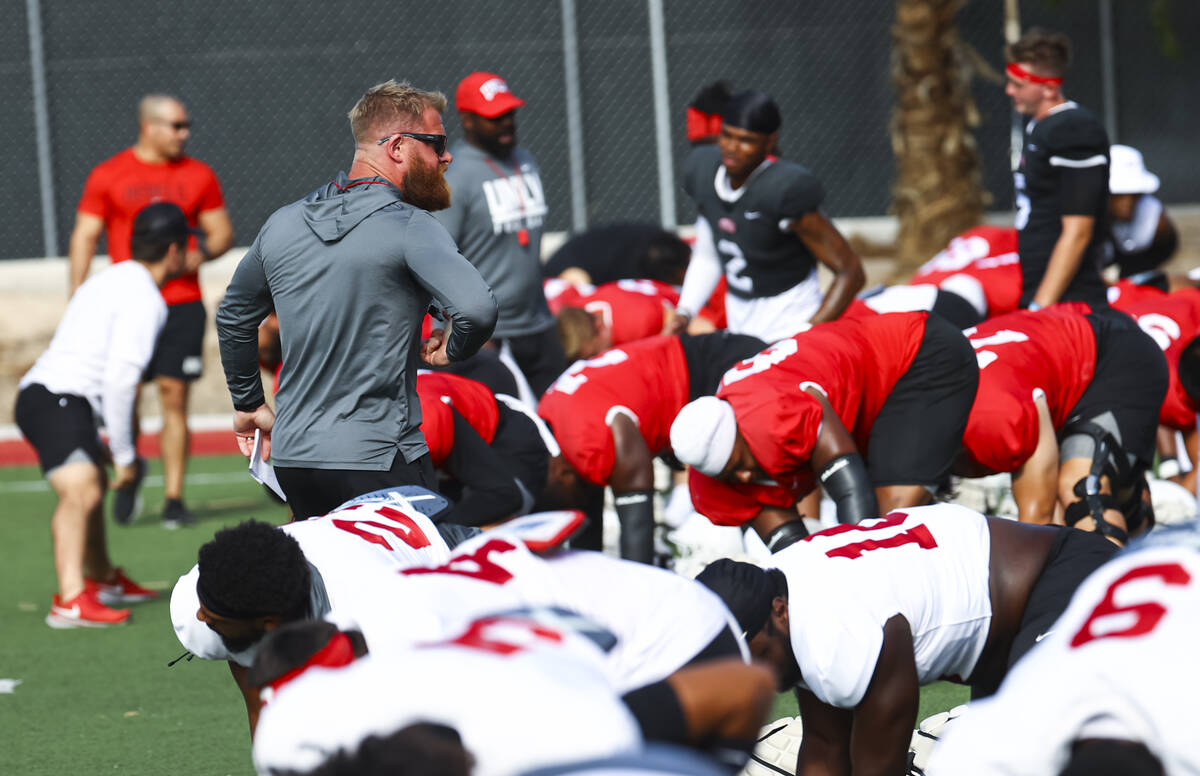 He sat at a kitchen table a week after the 9/11 terrorist attacks, a senior in high school signing papers with an Army recruiter to serve his country.

And when Matt Fyle had done so for three years — he was part of the 82nd Airborne Division deployed to Iraq — he searched for purpose.

He found it in a football locker room.

“I walked in, and it hit me,” Fyle said. “This is what I had been missing. Once I had a little opportunity to get my foot in the door, I wasn’t going to let anybody shut it.”

That was as an unpaid intern for the Atlanta Falcons.

Fyle, 38, has since made his mark in the realm of strength and conditioning. He leads that part of UNLV’s program, a central reason the Rebels have made obvious strides in becoming bigger, faster and stronger.

It’s no secret UNLV has to become a more physical team as third-year coach Marcus Arroyo builds the program. More stout up front. More able to withstand the punishment of a long season in a violent sport.

Fyle’s journey took him from the Falcons to the University of Georgia to Oregon (where he worked with Arroyo) to Maryland to UNLV.

As he built a resume, so, too, did his philosophy about how best to change the bodies of those young men wearing helmets and shoulder pads.

It’s the message he imparted to UNLV players after the team made major improvements in the weight room entering last season, after it gained 400 pounds of muscle mass and discarded 185 pounds of fat.

(I think that entails a little more than the nightly Peloton ride.)

That as one’s training age is elevated, it takes twice the intensity to improve and make even greater moves forward.

It all blends as one. Lifting. Nutrition. Conditioning. It all goes together to produce a better player.

“To be able to catch up fast to (other programs), you have to be able to do all that in the offseason. (Fyle) is a perfect example of how we want to do things with our guys. He’s a great leader. A great man.”

One of Fyle’s takes: That if you get 105 players rowing the boat in the right direction, the only one who can rock things is the one not rowing. UNLV had a few of those types last year, he said. Not now.

It’s glaringly obvious when someone isn’t doing so. They stick out.

“The energy Coach Fyle brings on a daily basis is more than any other strength coach I’ve known,” junior center Leif Fautanu said. “He has transformed our bodies from where they were to where they need to be.”

Fyle is also big on intent. That while every program trains hard — all with varying nuances and beliefs and philosophies — those who are intentional about their work have a better chance to make a difference.

That if players really want to reach the light at the end of the tunnel, ramping up intensity is the optimum way.

“The first thing I ever told them was, ‘No one cares what you know until they know that you care,’” Fyle said. “So making sure they knew we cared was the first thing. From there, it’s the trust factor … This generation wants to know why we’re doing certain stuff. Then you show them and give them the tools and reasons why, and they believe in you.

“That’s when something special happens.”

That’s what is occurring under his guidance.