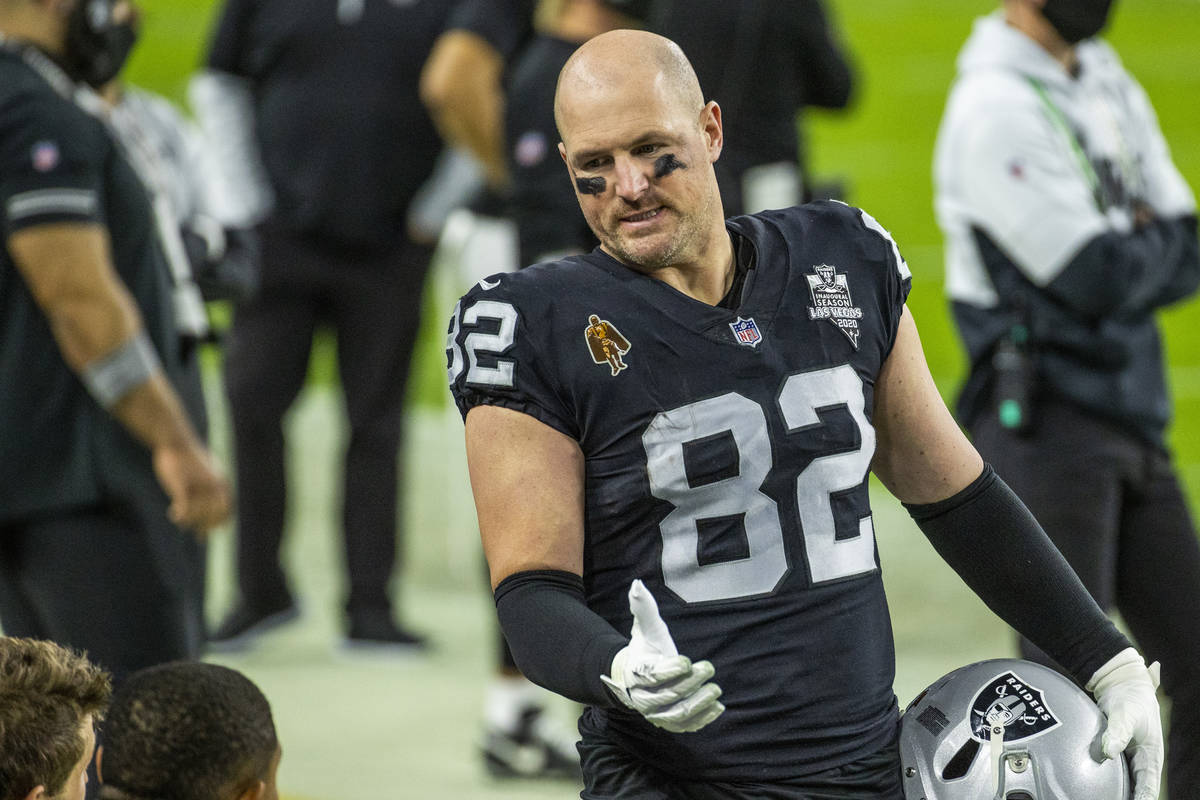 Raiders tight end Jason Witten (82) talks with teammates on the sidelines versus the Miami Dolphins during the fourth quarter of an NFL football game on Saturday, Dec. 26, 2020, at Allegiant Stadium in Las Vegas. (L.E. Baskow/Las Vegas Review-Journal) @Left_Eye_Images 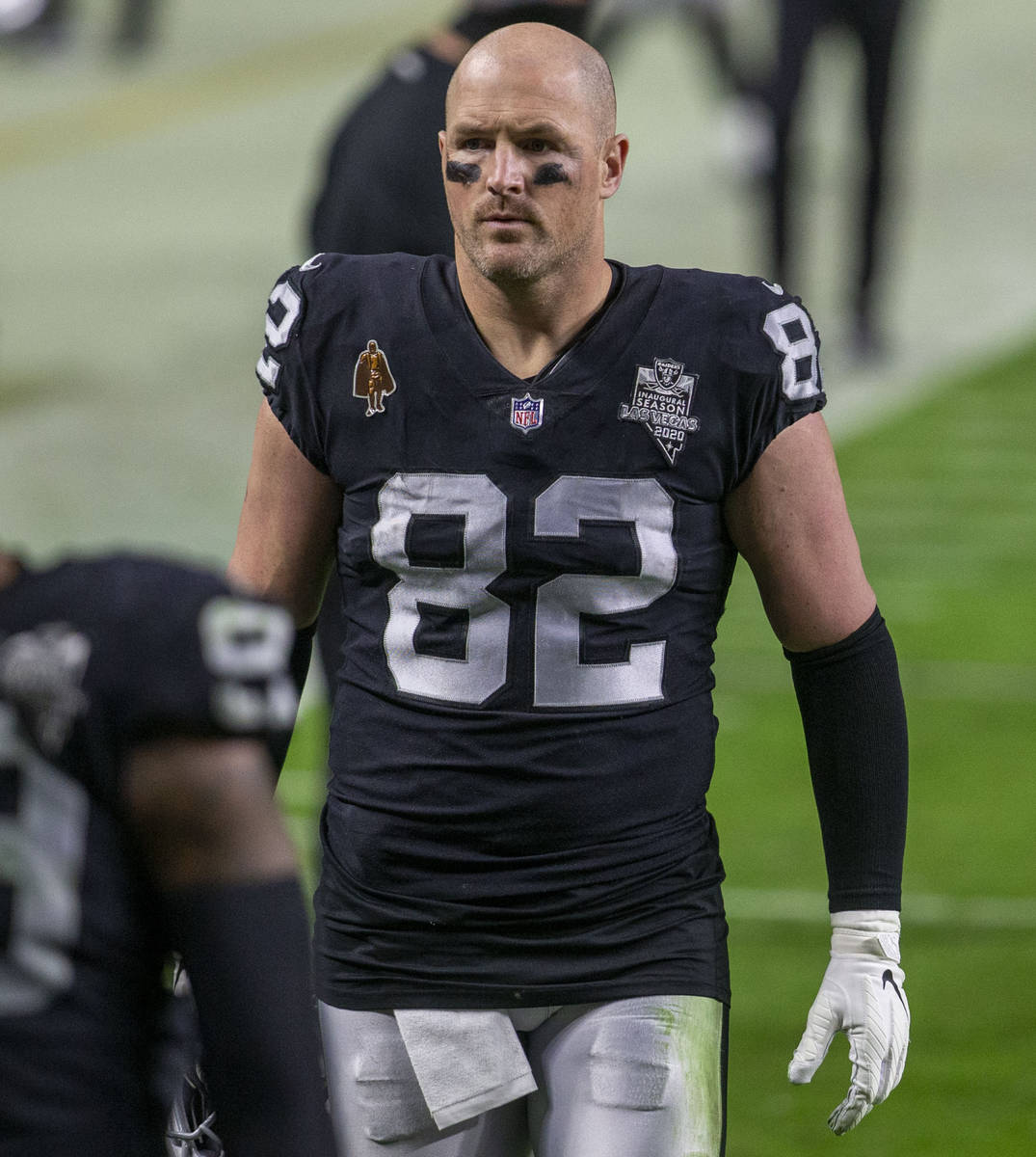 First, some sobering numbers: Nevada has ranked among the top five states in the last 15 years for women being murdered by men in domestic violence cases. Clark County authorities receive more than 100,000 domestic violence calls per year and — on average — there are 10,000 arrests and 15,000 court cases.

And this: Of those children growing up in domestic violence households, 76 percent will repeat the cycle as adults.

Jason Witten has spent much of his NFL career trying to greatly decrease such statistics. He knows the reality of abuse.

Witten was a tight end with the Raiders this season, and whether or not such a relationship continues — the 38-year-old veteran hasn’t made a decision about his football future — his impact will be felt locally in the most important of ways.

He has donated $10,000 to SafeNest, the largest nonprofit agency dedicated to ending domestic violence in Clark County. With such a grant, a launch of Witten’s SCOREkeeper’s program will allow for trained male mentors to provide things such as friendship and guidance and support to boys and girls at SafeNest’s confidential shelter.

Witten grew up in an abusive household, one he and his mother and brothers escaped from his father when Jason was 11. He then found a mentor and role model in his grandfather, who was also his high school coach.

“I started a foundation for nothing else than to be a shining light and make a difference,” said Witten, who founded SCOREkeeper in 2008. “Not for notoriety or a pat on the back. When you come to grips with who you are and how your journey got you to this place in life, it takes awhile to share it.

“But a lot of joy comes from relating and being able to say, ‘I was in those shoes and overcame it. You can, too.’”

His program is active in six shelters across Texas (where he played for the Cowboys for all but one of his 17 NFL seasons), one in Knoxville, Tennessee (where he played collegiately for the Volunteers) and now in Las Vegas.

In all, male role models with SCOREkeeper have served more than 11,000 children escaping family violence.

An important part: Not all of those children in need, and likely none, will grow up to be an NFL star and likely first-ballot Hall of Famer who has the league’s career record for games played by a tight end.

So the list of mentors should and does reach far beyond the sports world, men from all professions making a difference in children’s lives.

“The value of a program such as Jason’s foundation is that you absolutely have a chance at being an intervention,” said Liz Ortenburger, CEO of SafeNest. “Kids get exposed, particularly young boys, to positive male role models. And while their lives might have a history of violence, when you have hope you can see your way out of repeating that cycle of violence.

“It gives them the power in such situations — and we see some that are just horrible — to see they can have a brighter future and they have the power to do that. It’s our job to build those pathways. Jason’s story is one of those pathways.”

Witten, 38, isn’t sure when a decision about playing or retiring for what would be a second time might come. Could be soon. Could take awhile. But the player with the second most receptions to Tony Gonzalez for tight ends knows where this particular mission stands in relation to the game.

“More than any catch or touchdown,” Witten said. “You realize along the way that your greatest influence is as a role model and the people you can reach. That’s something I never took lightly.”