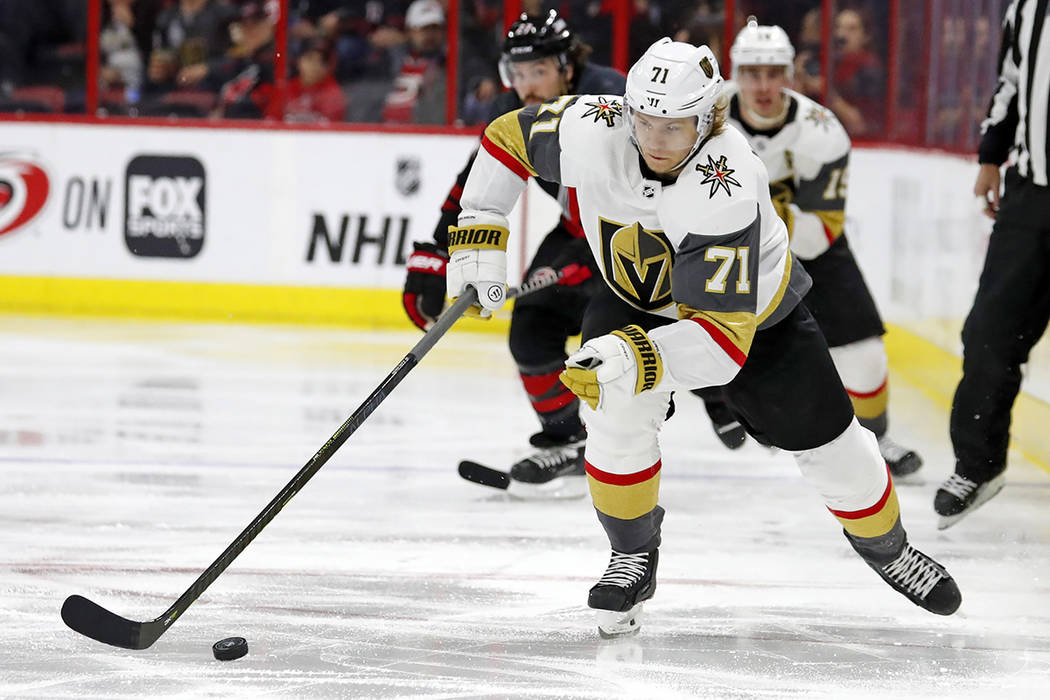 Vegas Golden Knights' William Karlsson (71) brings the puck up the ice against the Carolina Hurricanes during the second period of an NHL hockey game, Friday, Feb. 1, 2019, in Raleigh, N.C. (AP Photo/Karl B DeBlaker) 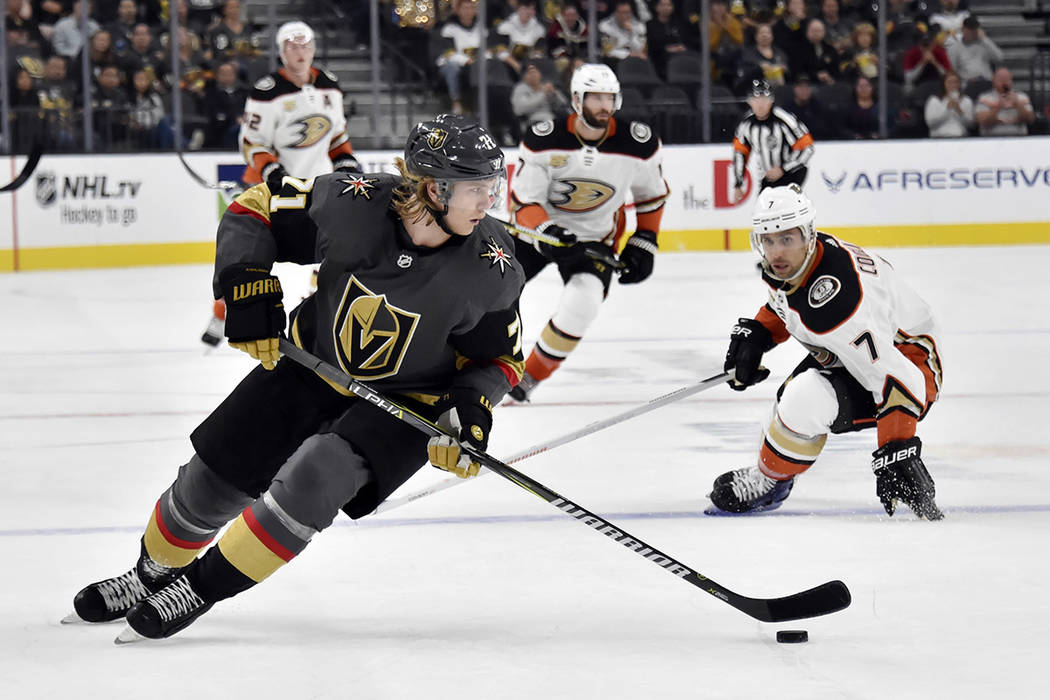 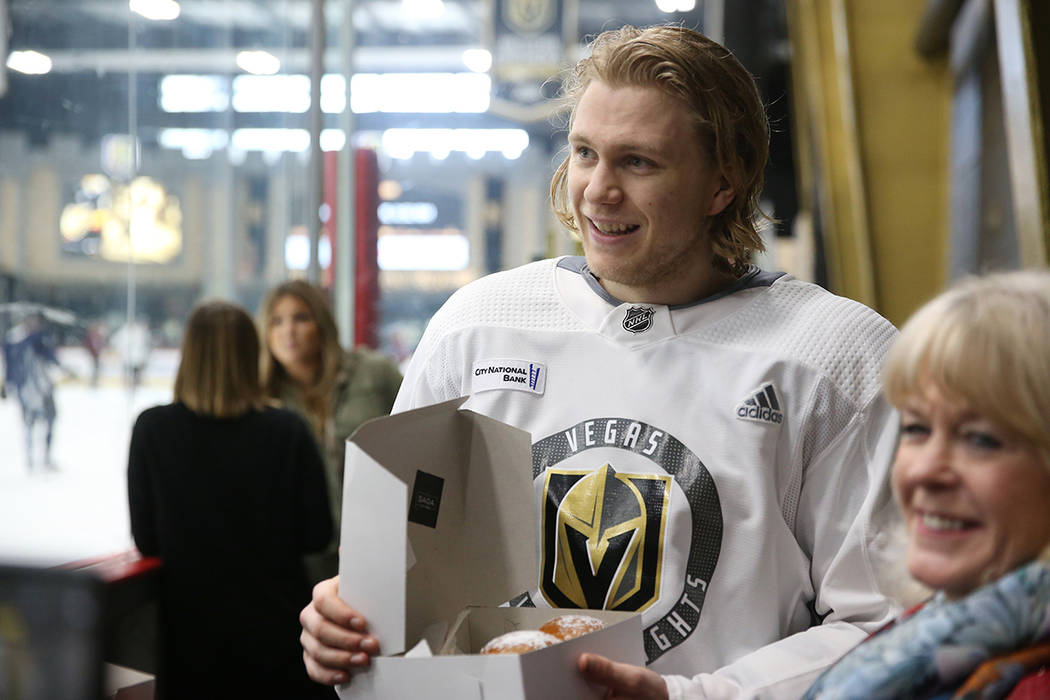 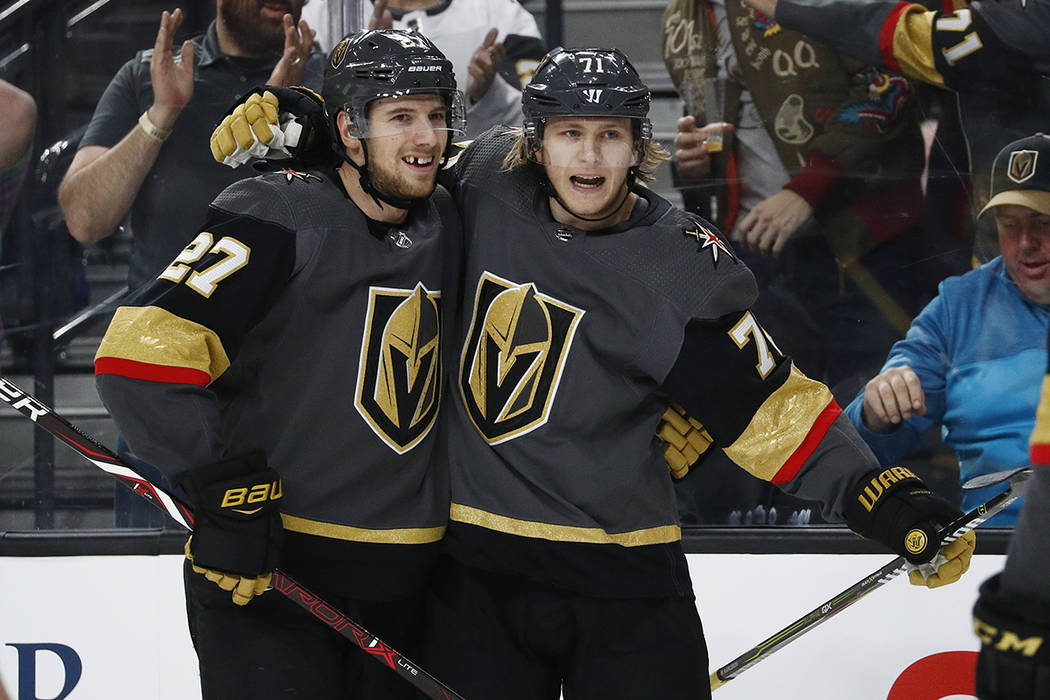 This isn’t the first time things have pointed back to those nice but completely unsuspecting types that handle media relations for parts of Bill Foley’s financial empire, much as William Karlsson isn’t the first Golden Knights player to care more about term than dollars when it comes to a contract extension.

It’s all defined by the same cause.

It all circles back to how an owner runs his franchise.

Karlsson reportedly has agreed to an eight-year extension with an average annual value of just under $6 million, but don’t embrace what will be a popular yet altogether lazy reaction that such a deal is some sort of immense steal for the team.

Nobody knows that and certainly can’t prove it right now, not even those rewarding him with such a contract, and they know more than anyone involved and, oh, about a million times more than anyone in my business (present company included) offering opinions.

Do you know when a team really gets a steal?

When the player over time proves it one.

That part is now on Karlsson, a 26-year-old center who, like a handful of teammates before, obviously made remaining in Las Vegas a priority over, perhaps, even the number of zeros on a paycheck.

Which brings us to something we absolutely know: Foley and his management team with the Knights have done an unbelievable job creating a culture that players want to be part of for the long term.

Which brings us back to those unsuspecting folks.

Foley’s portfolio is vast, from buying and revitalizing a struggling title insurance firm called Fidelity National Financial, to wineries and golf courses and hotels and ski resorts and steakhouses and fast-food restaurants and auto parts manufacturers.

But when he was awarded an NHL expansion franchise in 2016, despite his fondness for hockey and previous flirting with the idea of purchasing the Jacksonville Jaguars of the NFL, he didn’t come off as someone with great knowledge in terms of how sports media operates. How stubborn and unrelenting and bothersome we can be.

Those who handled inquiries for him at the time were also, shall we say, unaccustomed to such a consistent barrage of requests. I mean, they struggled.

But even as they all sort of learned on the job about the world of sports and those who cover it and how best to work with them as a way to engage a new fan base, one thing remained constant: Foley demanded everything be done in a first-class manner.

No detail left unfinished, no corner cut, no advantage missed for his team to have the best opportunity at succeeding.

Maybe it’s the U.S. Army in him. The intense feeling of loyalty. Maybe the businessman. But his players are treated beyond compare. They want for nothing on and off the ice.

Yes, winning helps. A lot. The Knights were good from the beginning and appear to be set up for such ways in the future. Players like to win.

Yes, the part about no state tax helps. More cheese in the ol’ bank account is never a bad thing.

And, no, these sorts of discounts — I hate that word, given the market simply bears what both player and management ultimately agree upon — probably don’t occur in Buffalo, and I love Buffalo.

Someone ask James Neal how much he missed it last season.

Who is William Karlsson?

Maybe a little of all those guys.

Is he a steal at eight years with an AAV of $5.9 million? Nobody knows. Not yet.

In four full years, he has produced one incredible NHL season, a solid one and two in Columbus where he was a depth forward with a good work ethic in every zone, and yet still got exposed in an expansion draft.

But know this: Like teammates such as Jonathan Marchessault and Alex Tuch and Shea Theodore and Nate Schmidt and even the likes of Mark Stone and Max Pacioretty, some who took less money than what the open market might have paid in time or simply desiring long-term security when traded to a place whose reputation is exemplary for how well it treats players, Karlsson cared more about term than dollars.

He wanted to be here for much longer than a minute.

That’s a direct credit to Foley and what he has created.

Once again, it all circles back to the owner.

Culture, man. If it’s not everything, it’s close.