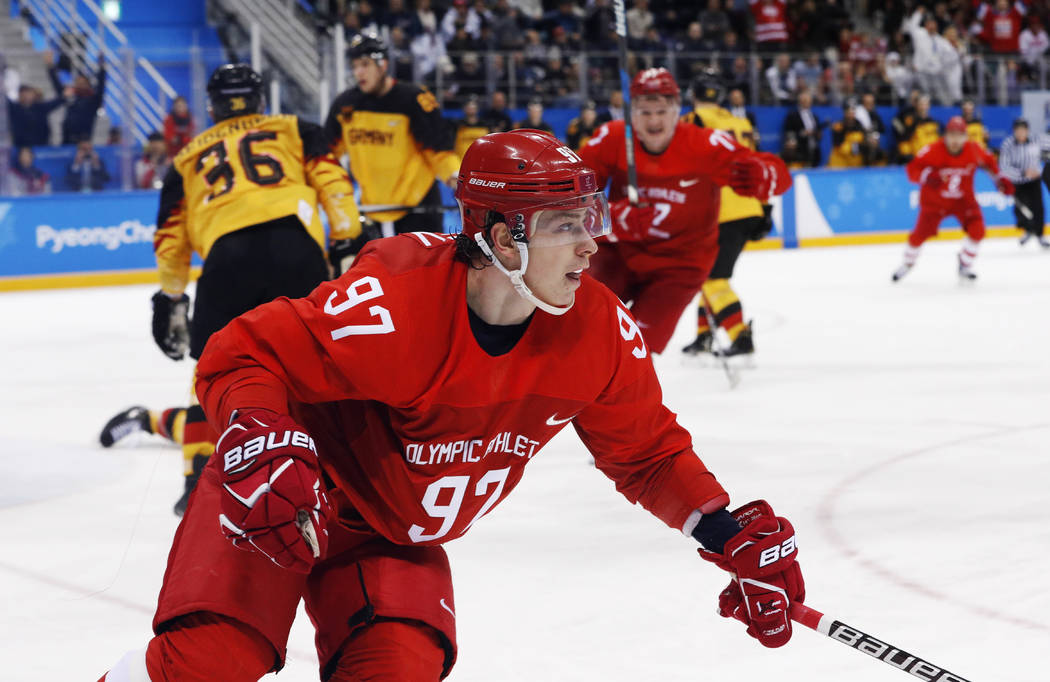 Chemistry is like momentum in sports. It exists and it doesn’t. It’s real and it’s not. It’s never as big a reason for success as many want you to believe and yet enough of one to push some above their natural abilities.

So when things are going well in a playoff series as they are for the Golden Knights, anything that might tweak such a flow of energy isn’t paramount to the bottom line.

“It’s just another player coming in,” said Knights forward Ryan Reaves. “We have to focus on the playoffs more than anything else. It happens once in a while where college kids or others might come in late, but right now, this is the team we have and we’re just thinking about this series more than any side action.”

The Knights and San Jose meet in Game 4 of their best-of-seven Western Conference series Tuesday night at T-Mobile Arena, where Vegas tries to take a commanding 3-1 lead and the Sharks try to turn what is eerily looking more and more like this matchup in 2018, one they lost in six games.

Gusev will be wearing a suit instead of skates, having signed a one-year, entry level contract Sunday. It makes him eligible for the playoffs, but whether head coach Gerard Gallant would choose to use the forward is a bigger mystery than if the team can find a consistent translator for its Russian players.

Is the Tatiana Romanova person we saw in “From Russia With Love” available, or did she and James Bond run off together after he saved her life?

What about Brigitte Nielsen? She did a terrific job translating for Ivan Drago.

Gusev wasn’t made available for comment Monday, a day after general manager George McPhee spoke about him at a news conference and it was announced in a release when the player’s first practice would be.

I know this isn’t Moscow, but it’s also not Honolulu, so I’m guessing if the Knights amid their countless social media posts offered some quick cash or even a barbecue chicken pizza at MacKenzie River for anyone who can translate Russian, there would be a line of about 500 folks around City National Arena within 15 minutes.

It appeared Gusev had his own consigliere in the locker room after practice, but if that kid spoke Russian — it sure appeared as if he did, or Gusev was just pretending to be nice and listen — no one was saying.

Tony Soprano would never put up with fake Italian from Silvio.

This might be a situation similar to we-barely-knew-thee Vadim Shipachyov, who in his brief and very uninspiring stay with the Knights last year was only made available once a week.

Which is pretty much the only thing Shippy had in common with Tom Brady.

The signing of Gusev makes sense for both sides. He gets his NHL clock started and will become a restricted free agent at season’s end and in line for a longer deal starting July 1. The team gets control of a player who, if as talented as his reputation and statistics as MVP of Russia’s Kontinental Hockey League suggest, could offer big-time production in future years.

Heck, they gave Shippy two years for $9 million and that was a complete fiasco and bust for the Knights. There is every chance Gusev is much better and will never be skating by himself at the Las Vegas Ice Center on Flamingo awaiting safe passage to the shores of the Rybinsk Reservoir.

Gusev’s presence obviously will affect off-season moves. The Knights shouldn’t own near the sort of salary cap issues some are forecasting, but know that, like all seasons, you’re watching some faces in these playoffs who won’t return for various reasons. Some popular ones are on their way out once this current run ends.

I’m not sure, no matter how long it goes, if Gusev will be part of it on the ice. Gallant will make that call. Mark Stone made his NHL debut in Game 5 of a playoff series in 2012, so it’s not crazy to believe it occurs at some point with Gusev.

I am sure, however, what the players think.

“We don’t worry about it,” said forward Jonathan Marchessault. “We have a great group of guys already here. (Gusev) is here now and he’s more than welcome, but we have to concentrate on this series. The other stuff is out of our department as players.”

We need to ask Gusev his thoughts.

Man, where is Teddy KGB when you really need him?