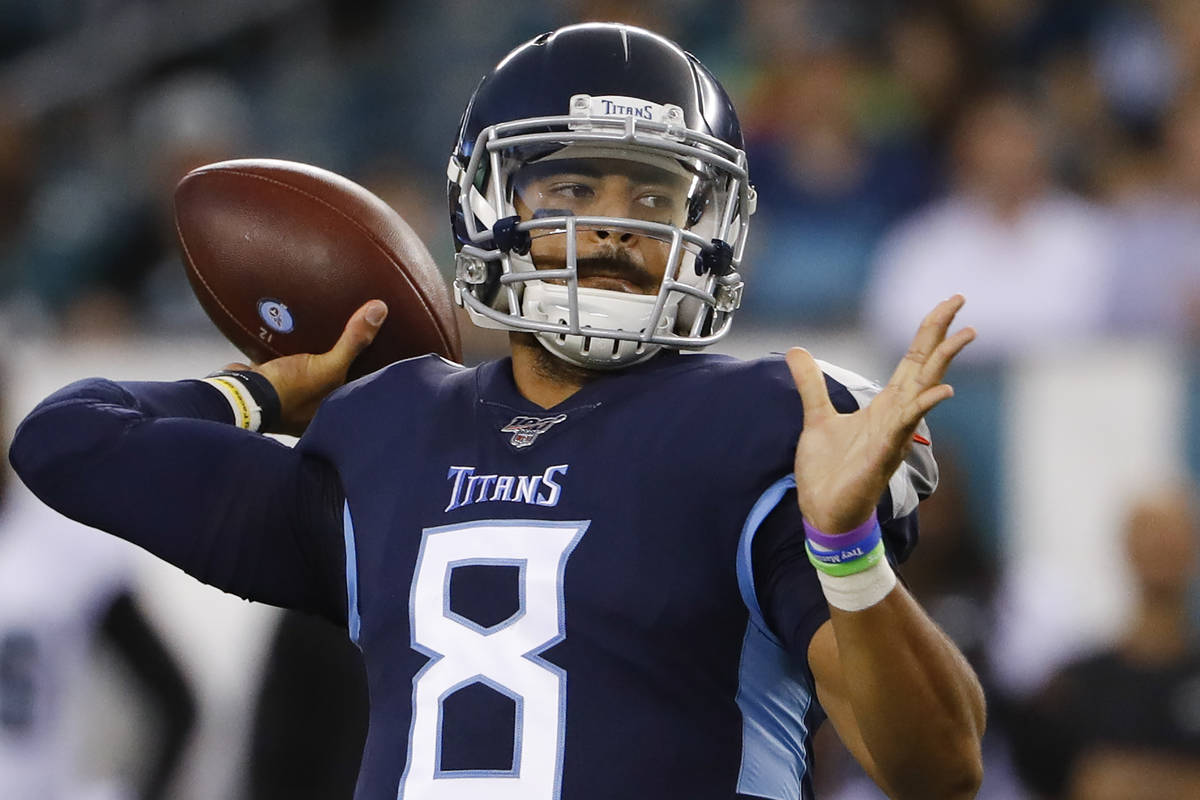 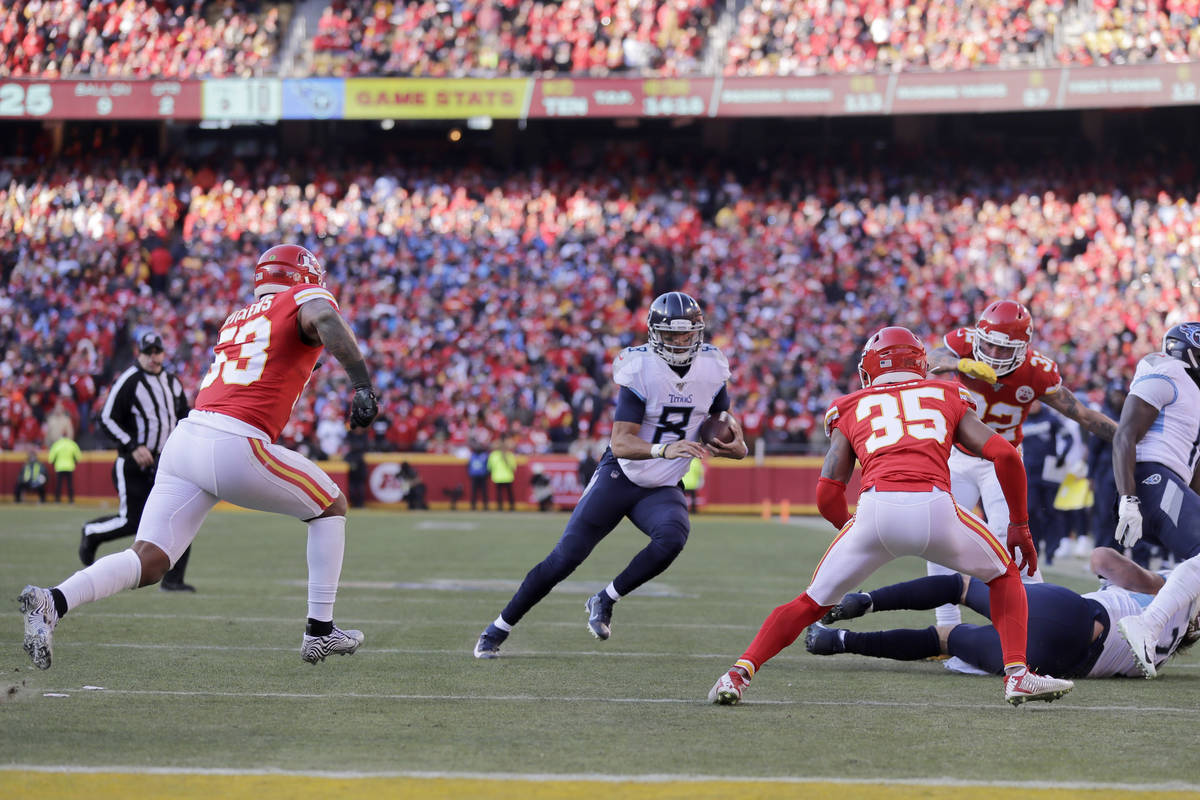 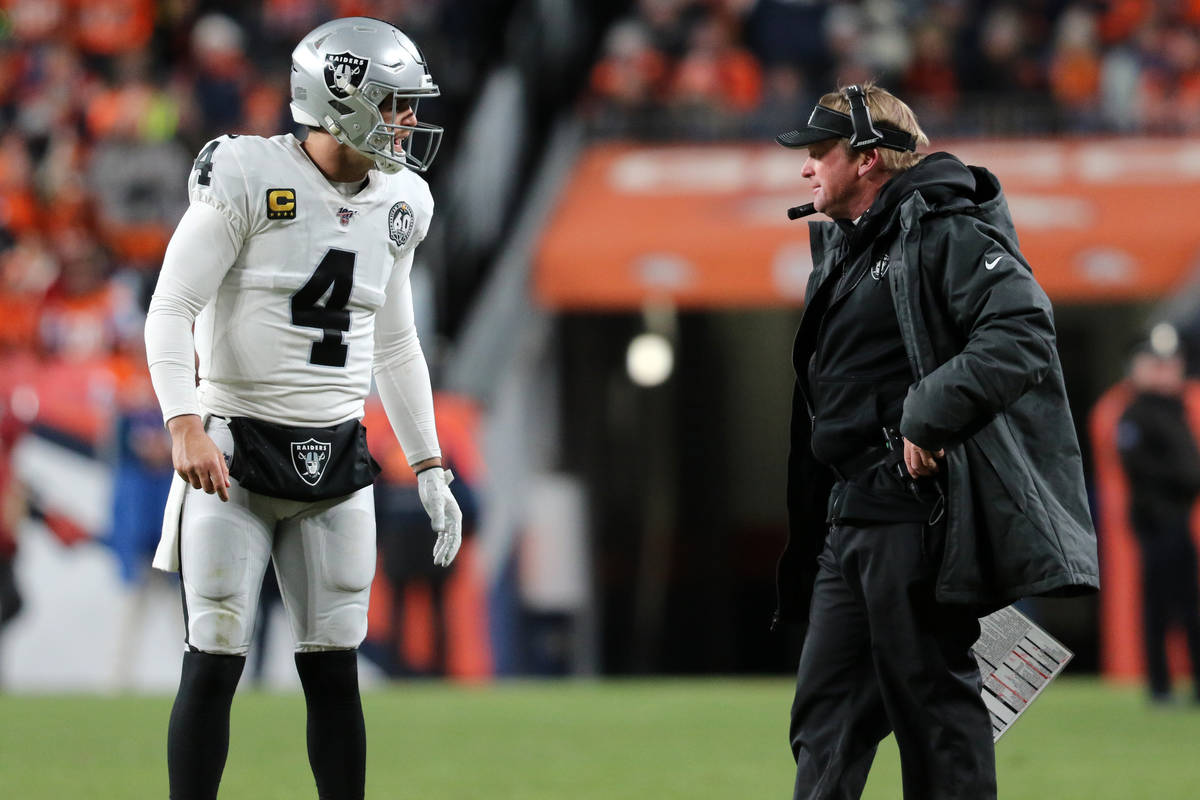 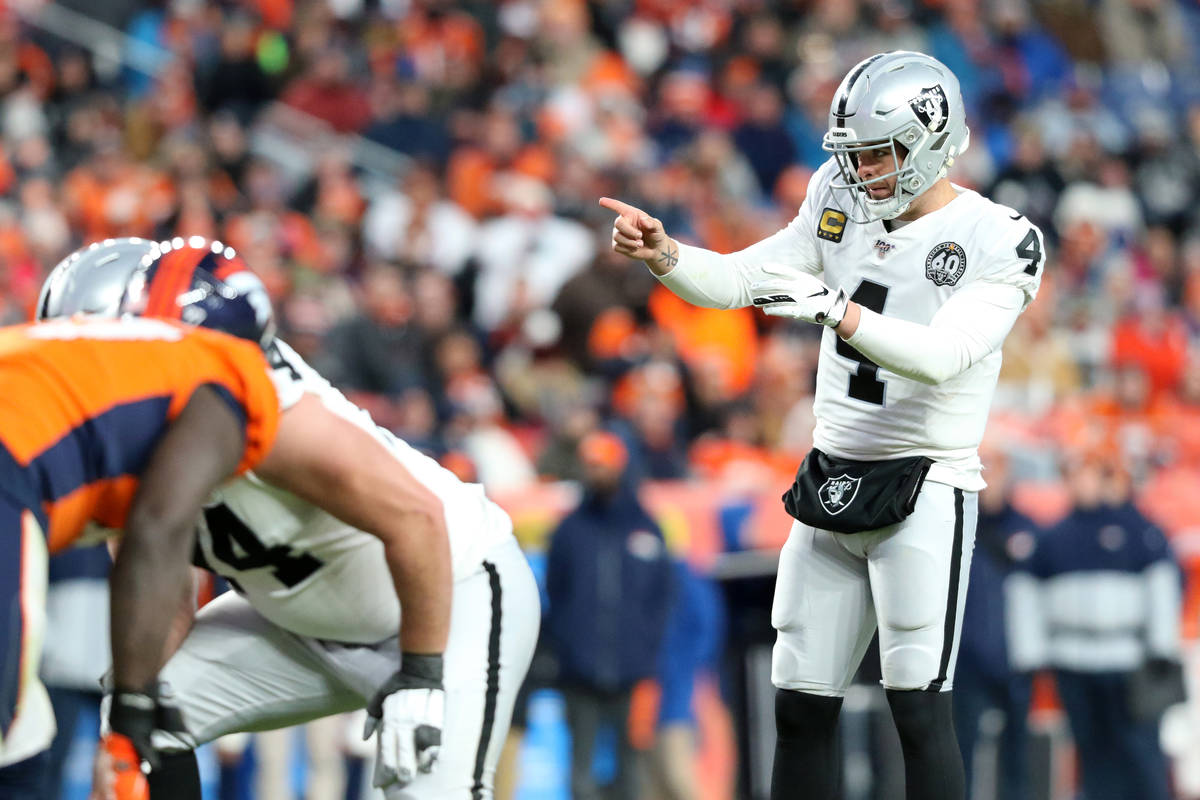 You hear it often about Jon Gruden: He always seems to love most the quarterback he doesn’t have.

If past comments from the Raiders’ coach hold true, he just might have added one of his former loves to the roster.

Marcus Mariota is headed to Las Vegas, and it would take walking all 19 miles of the Kalanianaole Highway to discover a reason why it isn’t a positive move for both player and team.

That Mariota is a Honolulu native who will now compete in what is considered Hawaii’s ninth island is an ancillary detail to a more significant storyline.

His presence could, once and for all, show the Raiders what they truly have in starter Derek Carr.

Gruden and general manager Mike Mayock never made it a secret that they would consider all offseason options at quarterback. I would assume drafting one is still a possibility.

But the answer for now is a player entering his sixth NFL season with 61 career starts. One who lost his starting job in Tennessee and has played through a ridiculous number of injuries.

One who stood behind an offensive line that often couldn’t block air.

For the various reasons things didn’t work out with the Titans — some due to how Mariota underperformed and some to how others did — he offers the Raiders an option they haven’t had in some time.

Someone who can actually push Carr for the No. 1 job.

Quarterback is truly a hero-or-goat role. While Carr is coming off his best statistical season, he also owns the second-most losses (55) in NFL history by a quarterback through his first six seasons.

The only one with more? His older brother, David.

But while one player doesn’t equate to winning or losing, Carr no longer has the knowledge that behind him exists names with no chance, barring injury, at winning the starter’s role.

Mariota, though, should legitimately compete from the season’s first workout (TBD, coronavirus).

This will either bring out the best or worst in Carr. It’s all about how he reacts.

Gruden should embrace a similar view now with his quarterbacks.

If he responds the correct way to Mariota’s presence, Carr will be much better for it.

If he doesn’t, Mariota is certainly capable of receiving an opportunity to start under a coach who at one time gushed over his potential.

“I don’t understand why he isn’t the No. 1 player in this draft,” Gruden said that 2015 evening when Mariota was taken No. 2 overall. “I don’t know anybody in this draft that can do for a football team what Mariota can do.

“He runs a 4.52 40, is incredibly elusive, and man, is he a playmaker and a great competitor. I see him functioning in the pocket, out of the pocket, and if you want to run a zone read, he’ll rip the defense apart. He is like Russell Wilson, only he is 6-4.”

Mariota has hardly proven to be a Wilson, but he remains a threat on the run and saw up-close-and-personal what it means to lose a starting position.

Ryan Tannehill took his job in Tennessee last season, led the Titans to the playoffs, beat Tom Brady and the Patriots in Foxboro and was recently awarded a $118 million contract.

Maybe watching from the sidelines fueled Mariota’s desire to come win a No. 1 role in Las Vegas. Maybe all he needs is a change of scenery. Maybe there is some of that Oregon dynamic left in his game.

He will likely arrive at a relatively cheap price when contract details are made public. And whether Gruden still holds the same level of admiration for him, the team thought enough of Mariota to make the move.

Do you know what would be the best scenario for the Raiders in 2020?

If the regular season ends and Mariota never takes a snap.

That would mean Carr remained healthy, won a lot of games, the Raiders were likely playoff-bound and his future in Las Vegas was far more stable than it is now.

If not, Mariota is still intriguing enough to earn a shot.

There is no downside to this.